The bike I am riding is an older mountain bike that is a cheaper model, likely from Walmart or somewhere similar. I picked it up at the flea market and have been doing repairs on it as a way to learn more about how bicycles work.

I was in the middle of a ride when all of a sudden I lost the ability to use the pedals to ride the bike. The pedals still turn, but they do not seem to be able to turn the wheel. There is some resistance to pedaling, but I think something might have happened in the bottom bracket or in the connection between the pedal arm and the bracket. I took the bike home and flipped it over and am able to pedal it fine. I think the issue only comes up when weight is being put on the back wheel.

Any insights on how to get the bike working normally would be greatly appreciated!

Judging from your videos, it appears that the chainrings and crank are no longer connected. It appears that you have something called a one-piece crankset. If you are confident that you can learn how to disassemble it, I’d say you’re up for the repair.

Once you have the crank off the bike, you’ll be able to see how the chainrings and crank arm are connected. Assess the interface. Is there a threaded ring that may have come loose? Be aware that the hole mounting the chainrings to the crank arm is a D shape, and the fact that it’s able to spin like that may mean that the D shape has been destroyed and turned into a full circle. In that case, the crankset is likely not repairable. A welder could fix it though.

Let me know if you get the cranks off the bike, and then we can go from there. As an aside, your cable routing seems iffy: are there no braze ons to tie the cables to? I don’t believe a bike manufacturer would just zip tie the cables around the frame like that. It’s not an issue other than cosmetics though. It almost feels like the brakes are mismatched too. Why is the cable looping around itself like that?

While we don't have your bike in hand, or at least a video of the issue, it sounds more like your freewheel or your freehub has failed. I suspect that new cyclists might say the gears have failed. Edit: This answer actually mis-diagnosed the problem (albeit I'd argue for good reason - it was given before videos were provided!). I'm leaving it up for general information. @MaplePanda's answer is correct.

Inside the rear hub or freewheel, there is a system of pawls and ratchets. These enable you to coast, and they produce a ticking sound as you do. When you pedal forward, the pawls stick in the ratchets. This site has a diagram of a general pawl and ratchet system, reproduced below: 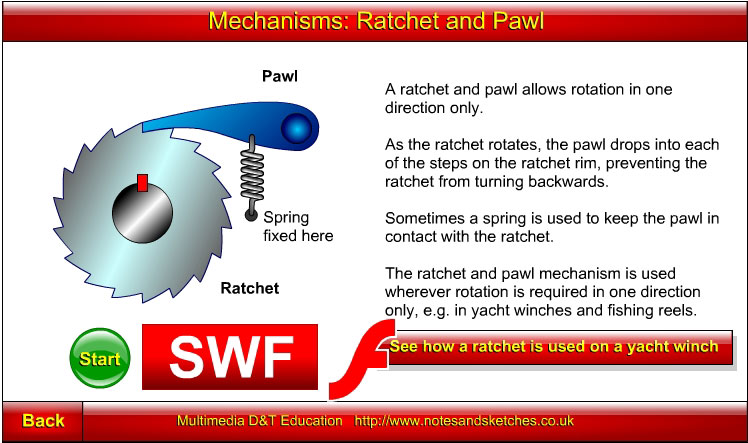 What likely happened is that the pawls aren't engaging the ratchets when you pedal forward. What to do about that depends on what equipment you have. Sheldon Brown's site shows the difference between a freewheel and a cassette hub: 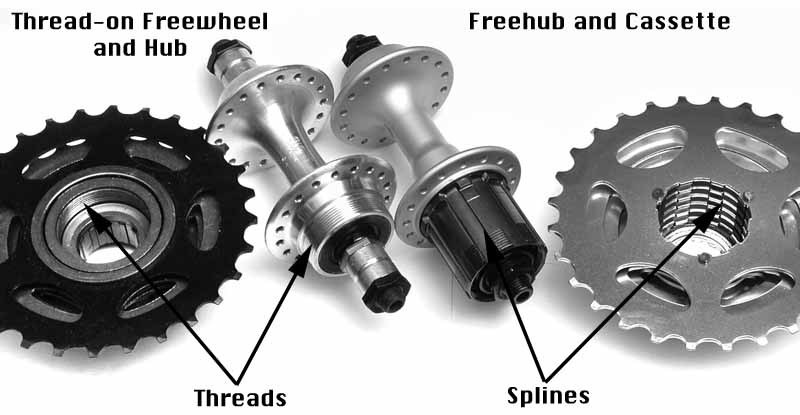 If you have a freewheel that's threaded onto the hub, I'd just get a new one.

If you have a cassette hub and you were determined to do this yourself, you could remove the freehub body from the hub, and see what has happened to the pawls. It's possible that cleaning the pawls and adding fresh grease would restore them to working condition. How to do this depends on the hub construction, but at minimum you have to remove any endcaps from both sides of the rear wheel. These basically thread on to the ends of the axle and prevent the hub from coming apart laterally. When re-assembling, you would have to take care not to tighten the assembly too tight (i.e. to excessively pre-load the hub, which would basically squash the bearings in too tight and cause them to wear out).

Be aware that if you are unable to DIY this, a bike store might help you, but you might find that it's just as economical to get a new rear wheel. It depends on how much labor they need to do to get at the problem. Some cities may have bicycle cooperatives that are set up to let lay cyclists work on their bicycles, and you might want to take advantage of one if you can get to one.

If your bottom bracket (BB) was the issue, you should have a hard time turning the cranks in the first place or you would feel something crunchy as you turned the cranks, but you would still be able to freewheel (i.e. coast without pedaling) fine, and the chain would still transmit power to the cogs (i.e. the geared things in back; new cyclists might call the entire assembly the gears).

Not the answer you're looking for? Browse other questions tagged mountain-bike bottom-bracket pedals or ask your own question.

14
Why does my bike make a noise when I pedal hard?
4
Why does the chain tension vary as pedals are turned?
5
Why is my electric bike 'clanking' under load?
0
my bike pedals but the back tire will not move
0
Bottom bracket feels rough, should I replace it
2
How to identify where a creaking/squeaking sound comes from?
0
Weird sounds from Sram GX crank / shifters?
1
Searching for hex nut for spindle pedal