I was under the impression that bikes were sized according to the seat tube length; thus, a 56 cm frame would have a 56 cm seat tube length. However, on some modern bike frames (see Specialized Tarmac SL6 frame sizing below), a size 56 frame has a seat tube length of only 50.1 cm. What is the reason for this discrepancy?

I am speculating that on modern bike geometries, the traditional measurements such as seat tub length, top tube length, etc. are not enough to indicate whether the bike would be a good fit for a potential rider so the manufacturers estimate an "effective seat tube" length useful for sizing?

ANSWER The "frame size" is no longer a physical measurement on the bike. Instead its a "virtual" distance.

Remember traditional horizontal top tube frames? These have been "normal" for decades, and were still prevalent in the `90s 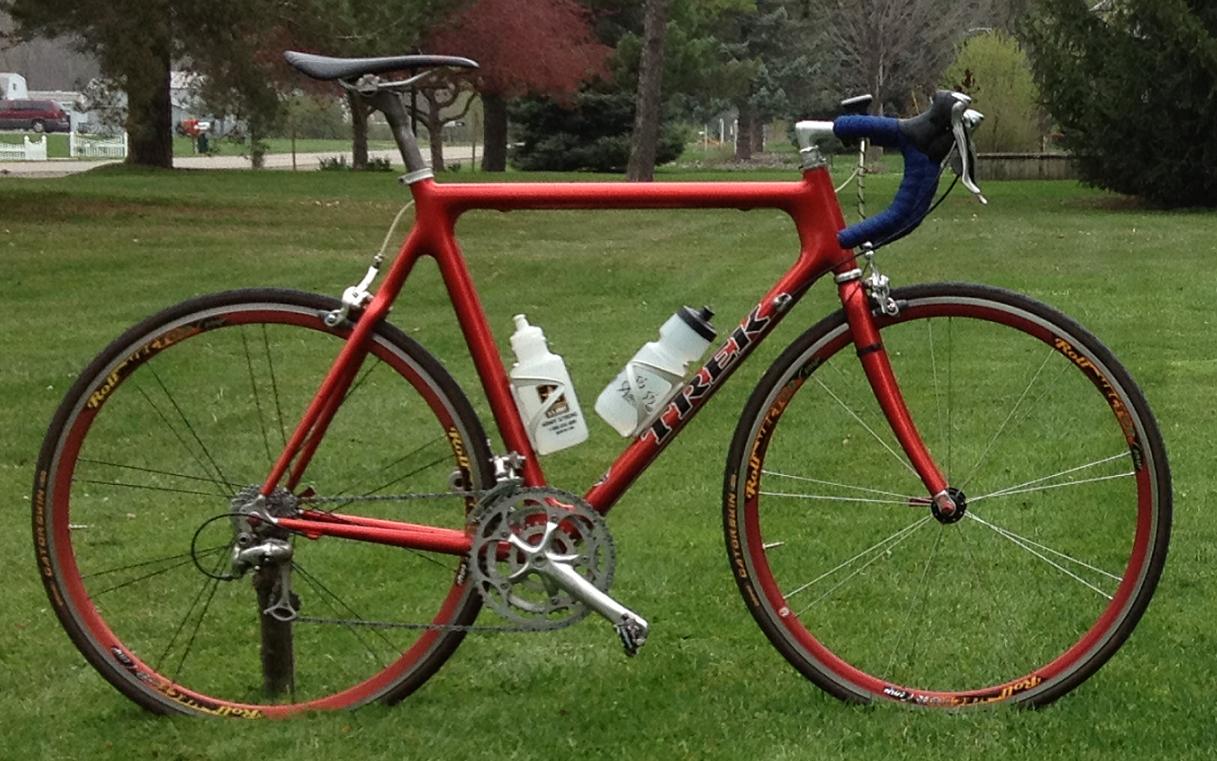 As frame designs changed from the 90s through to now, the top tube became more sloped. Effectively there's less metal resulting in a lighter bike, and more standover clearance. But the seat post is now longer and subject to more torque, so it bends easier. The answer there was to make the seatpost thicker, increasing from 25.4mm steadily toward 31.6/8mm. A wider pipe gives more strength without a linear increase in mass. 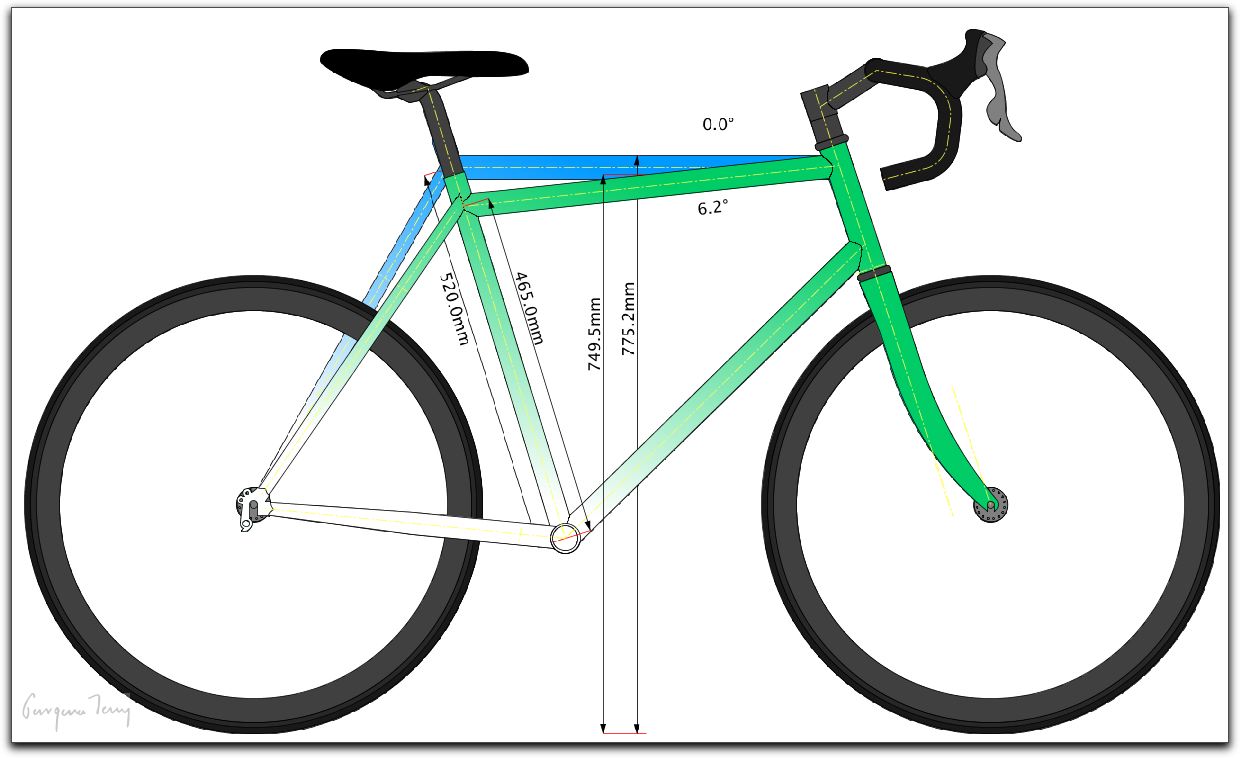 As a rider, there are only the three contact points with the rider, the saddle, the pedals, and the hands. If the bike's frame takes some torturous path, but those three points stay in the same relative position to each other and to the ground and axles, it will feel the same when standing still. (slight handwave on forks/rake/trail here)

So the frame size measurement is based on what that frame would have measured if it was a horizontal top tube. 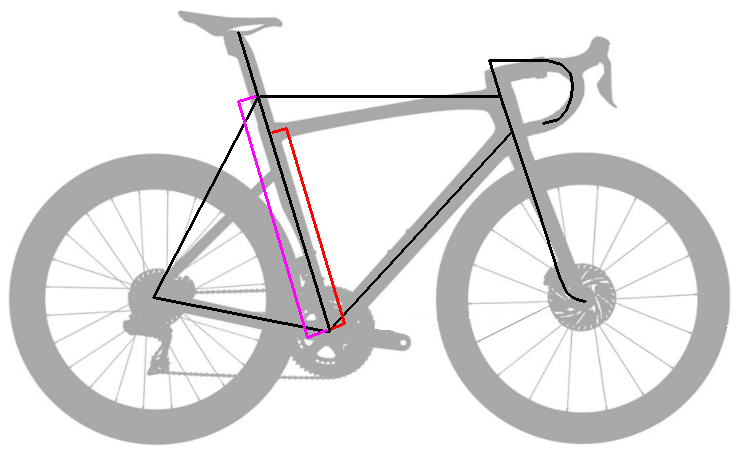 This is one reason why many makers now use small/med/large nomenclature and have to produce and stock fewer total frame sizes, instead of increments of 2cm or 1inch, between 48 and 60cm.

If you compare images of older frames designs you can see how the top tube is horizontal when referenced to the ground. You can also see how very little seatpost is exposed. A modern compact frame will have a sloped toptube. Since the toptube attaches to a spot lower on the seat tube more seatpost will be exposed to achieve the same saddle to pedal distance. As you stated the measurements become virtual. If you drew an imaginary horizontal line from the headtube to where it would intersect a taller seatpost you achieve the virtual size. The advantages are less frame material and less specific sizes in some cases small, medium, large instead of 50cm to 58cm in 2cm increments.

Not the answer you're looking for? Browse other questions tagged bike-fit or ask your own question.