You can find official Shimano spec sheets on their website. They reach back to the year 2004. Do older spec sheets from the 80s and 90s exist?

They way Shimano did it for a very long time (I don't have the date range) was that each model of component released had two different documents released for it, which were Shimano's primary means of communicating technical specs to the world. These were the "SI" (Service Instructions) and "EV" (Exploded View) documents. The SIs contained throwaway legalese, setup instructions, and compatibility type information, for example total capacities and max large cog numbers on a rear derailleur, or recommended spindle length for a crank. Sometimes the compatibility type information you need is actually hiding on the EV, especially when what you're trying to figure out is a small part number, i.e. for cross-compatibility parts ordering type purposes.

The EVs still exist in the same form as ever, but at some point (again I don't recall the year), they stopped doing SI documents and instead now do the UMs (User Manuals) and DMs (Dealer Manuals) found on si.shimano.com for the procedural and cautionary/legalese type content, and their spec tables for compatibility information.

As far as I know, the 2004 date you mention was the beginning of Shimano releasing spec data in table form. SIs were still around then, so in this period both types of document were released and had some of the same information. For parts not covered in those archives, the main source for that kind of data is the SI documents. There are some entities out there who have taken it upon themselves to archive them for the public, and a lot of those dating pretty far back in time can be found by searching the model number plus "si". Shimano has also added some older SI documents to their own site.

Prior to the Dealer Manual PDFs, their current form of communicating core procedural information, there used to be yearly paper "STI Guides" that dealers got. It was a maddening and backwards system because there was some technical material in them that wasn't available anywhere else, but getting old ones was difficult, and so was finding what you needed even if you did have a huge stack of them. They were also the source of compatibility charts akin to what's in the Compatibility section of si.shimano.com now. STI Guides persisted well into the internet age, but I'm not sure when the last one came out.

In some cases, but not in the same format and note that those links are not complete in that they omit information provided elsewhere

here are some links: 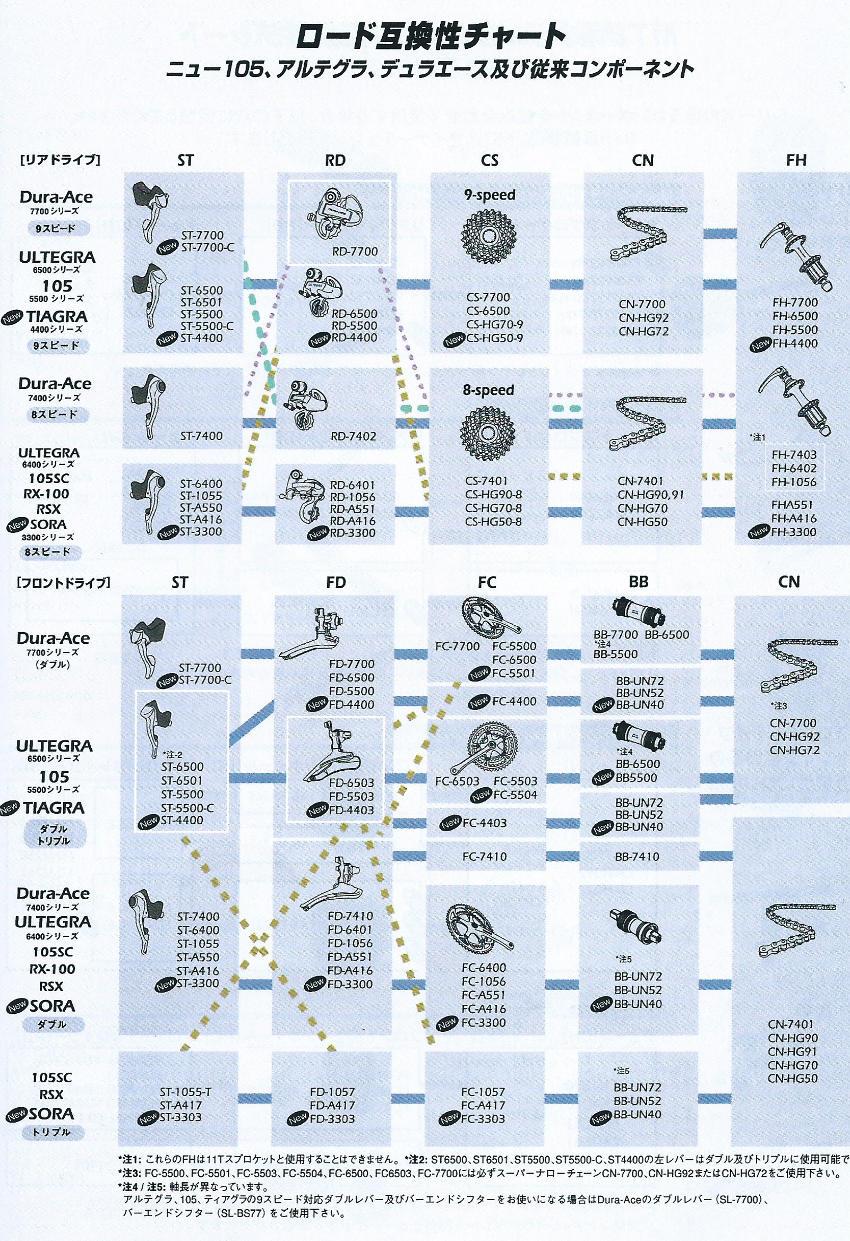 Having had a browse around, there are a significant number of older documents added from last time I had a look, early 90s or even late 80s,

18
How can I tell which road bike components/groupsets are better?
4
Using non-Shimano link with Shimano chain?
4
Is it possible to date Shimano components?
3
Shimano roller brakes: differences between each model and interchangeability
4
Shimano bolts; oversized hex driver holes? Planning for failure?
3
Older Shimano Road Brake Levers vs Newer Ones Quality (SLR vs Super SLR)
2
Repair parts from Shimano - What are these part for?
3
Shimano shoes: what is the correct equivalence of US and EU sizes? Or, which to trust more?
0
Best way to use Shimano 105 on an older frame