I would appreciate help in identifying this bike.

I was thinking the bike could be a Raleigh as they are common in the UK however the moulding on the tubes is strange to me. I'm guessing the bike is from 1979 based on the sturmey-archer hub having a 79 and 4 engraved.

Any further information on the bike would be really appreciated. 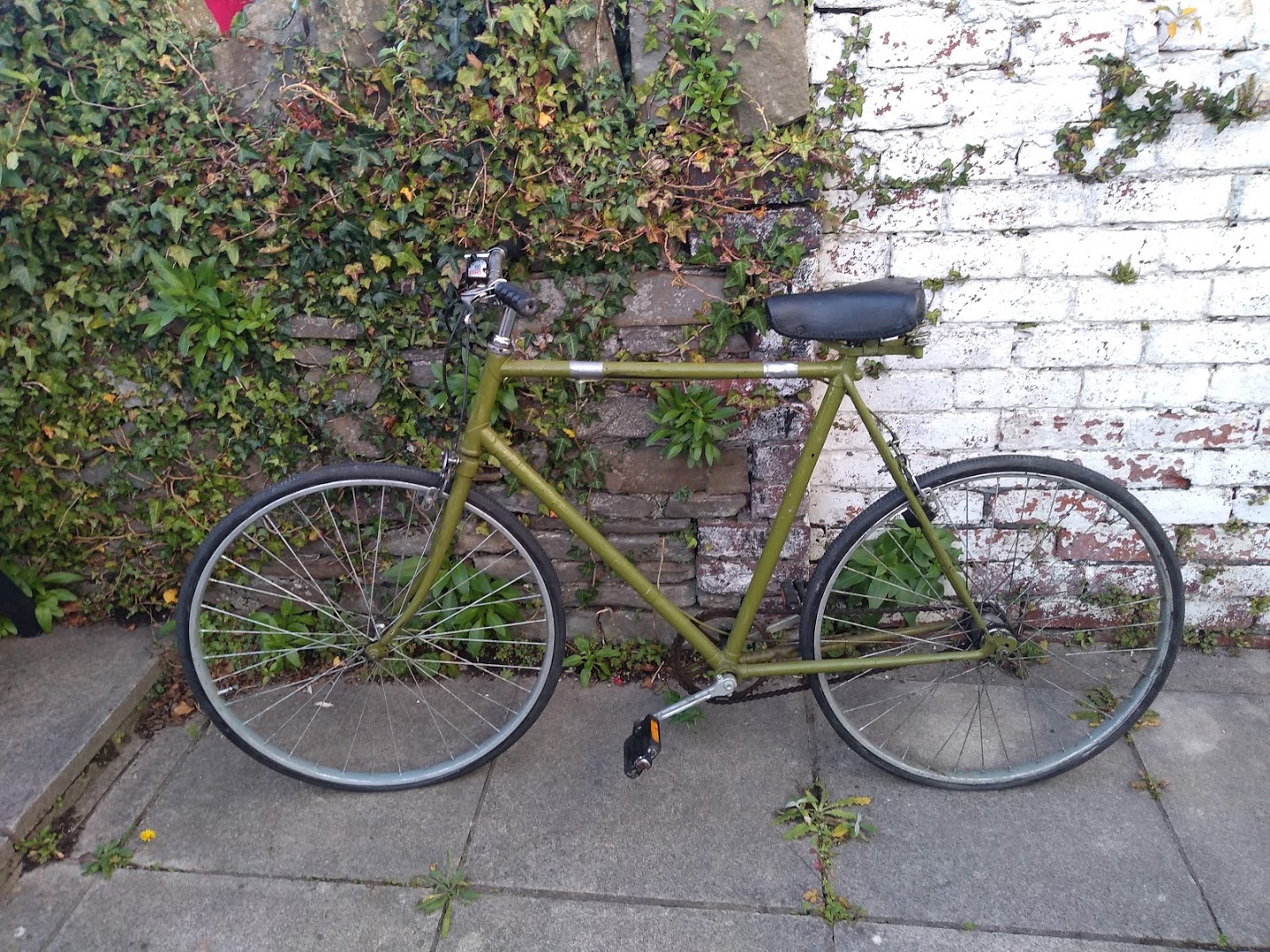 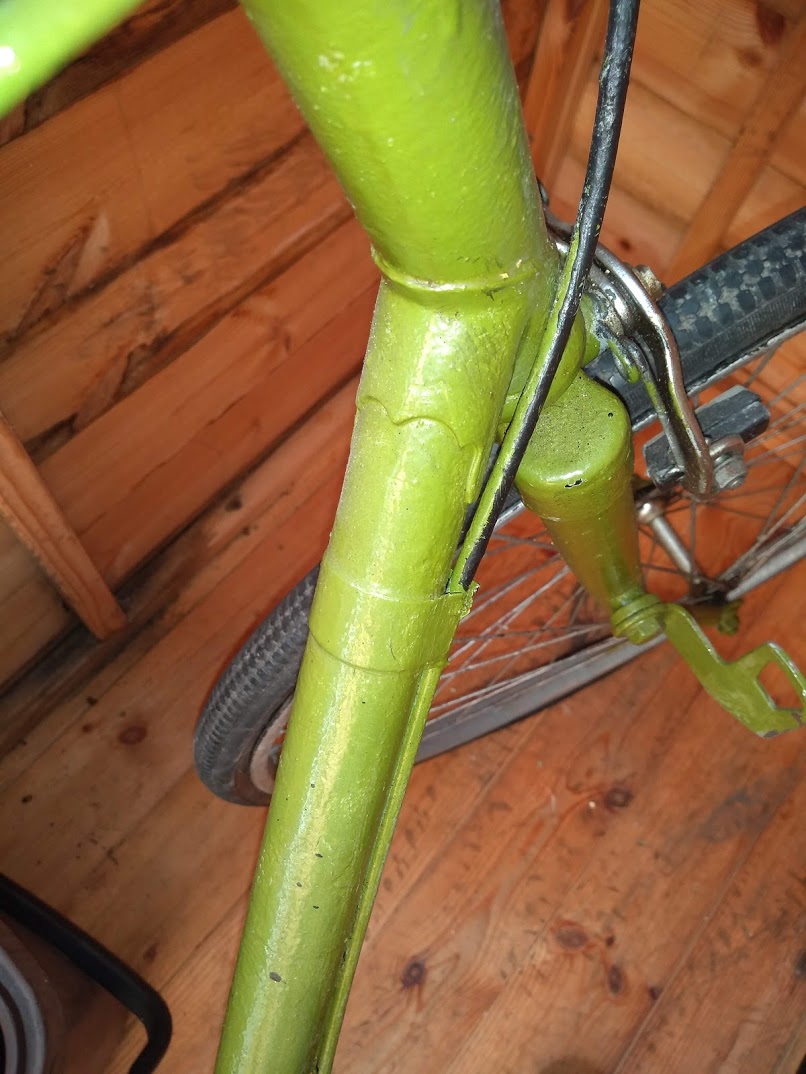 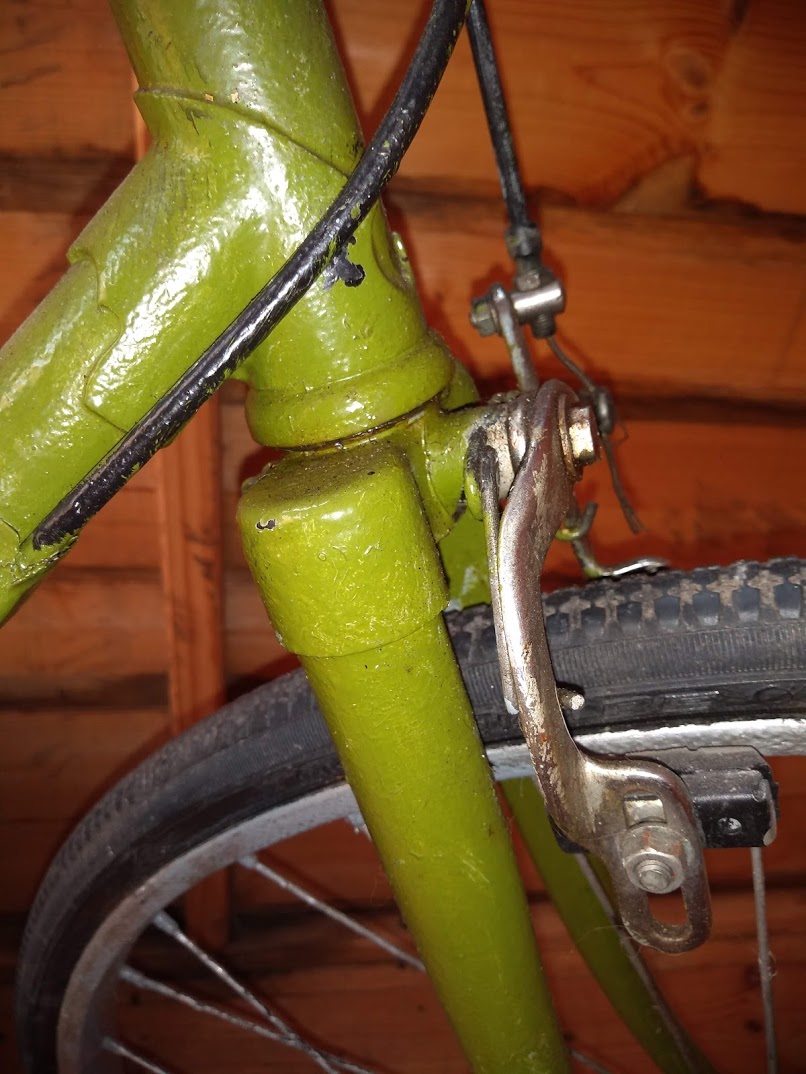 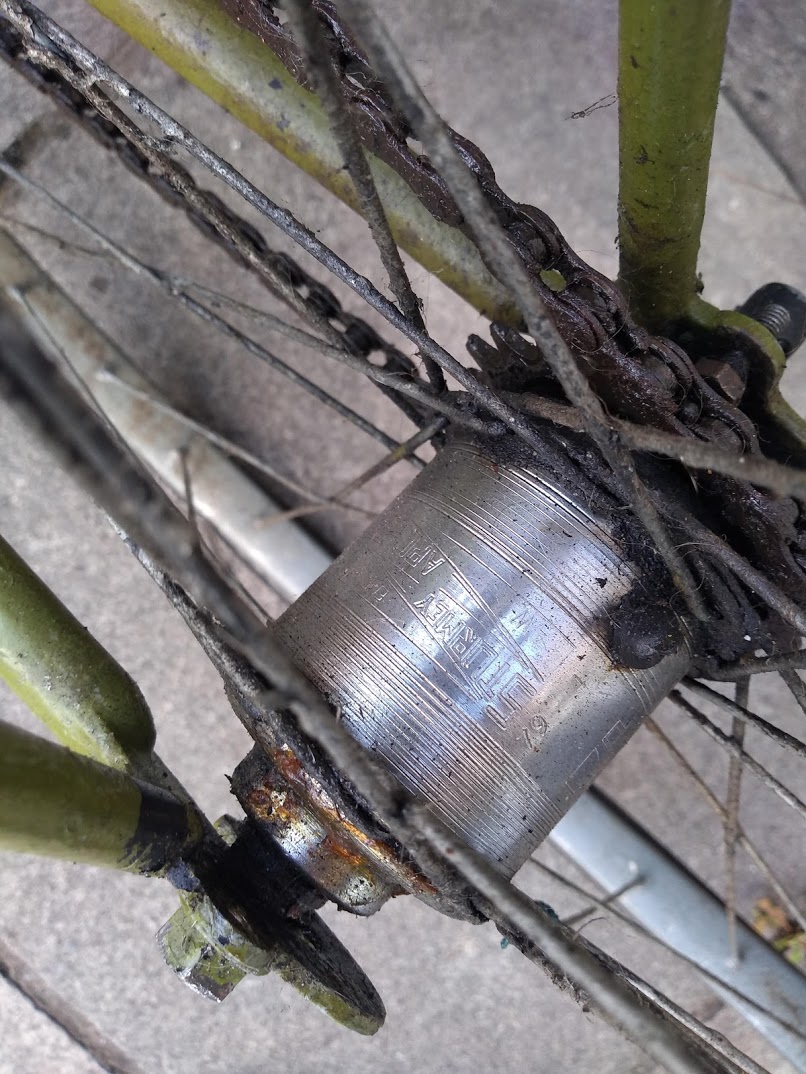 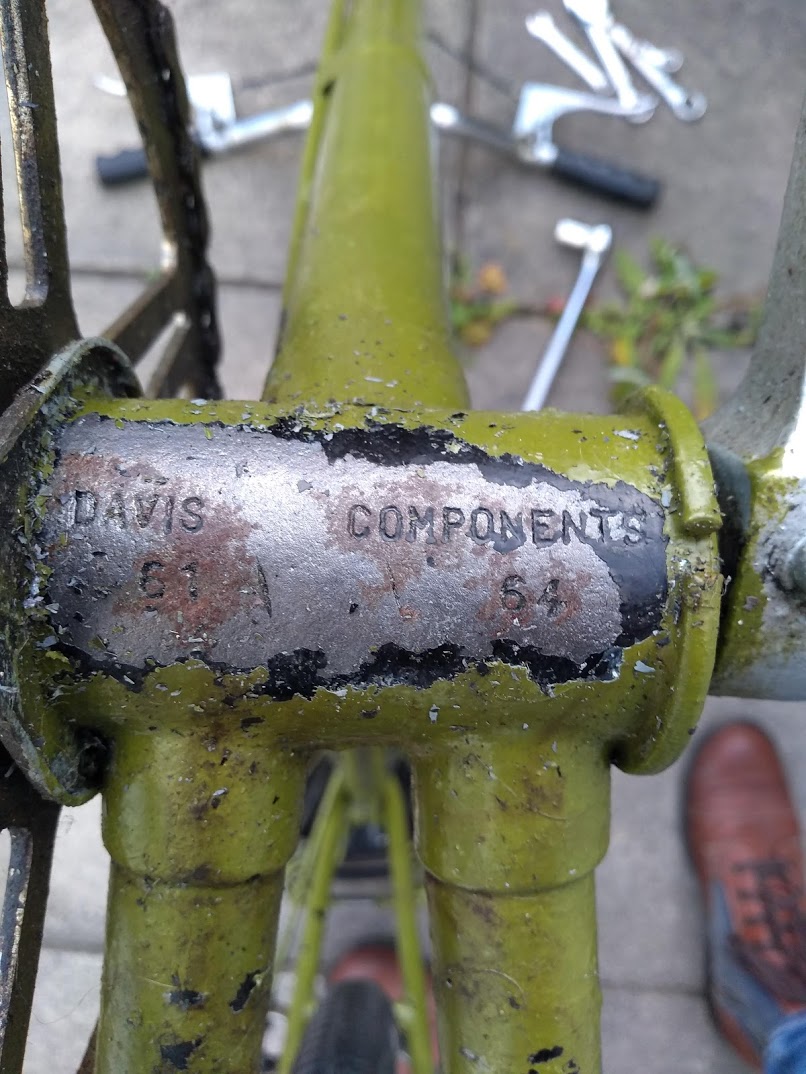 That bike has certainly had some changes since it was new.

I can see someone brush-painted it green, without bothering to remove the outers for the gear cables or the brake calipers, though they do appear to have missed the cranks when painting.

The cranks are cottered, so those are probably 70s or earlier. The pedals may be newer than that - they're not clear in the photo.

Your bike was probably a drop bar when new - the flatbar look like that wasn't done - if you wanted an upright position, you got a dutch-ier style of bike with more rise and sweep in the bars. Point is, the flat bar is probably a much more recent change, along with the shorter quill stem.

On the other hand, I suspect the saddle is from an older bike too - the saddle rails have that green paint slathered on, but the style of the rails and springs is not in line with the frame. So I suspect the big sprung-saddle was swapped in somewhere midlife.

The wheels look odd too - the rims have a "look" of aluminium in your photo, this can be tested with a magnet which will stick to steel rims and not aluminium. They would have been "28 inch" when new, and I can see the brake calipers are not at their limits so probably still are 28 inch, or ETRTO 630mm diameter.

Could you check the Right hand side of the rear dropout for a derailleur hanger? If you find one, or remains of one being cut off, or even the dual imprint of a crow's foot hanger in the right dropout, then thats a sign it was originally sold with a derailleur.

That the SA hub has "79" on it suggests the hub is that old. But the bike's frame appears to be older again to me. I'm very confident the bars were changed, fairly confident the saddle was changed, so theres every possibility the rear wheel was swapped out too.

It does have the overall look of a Raleigh frame, but that's common with many other english frame designs too. The long curve on the fork means its a riding bike, not the fast twitchiness of a race bike.

I found a reference to Davies Components:

Davis Components was a Birmingham based company who manufactured lugs and frame fittings such as your bottom bracket. The numbers "61 .. 64" typically refer to the angles.
From https://www.bikeforums.net/classic-vintage/755602-frame-stamped-davis-components-who-were-they.html

So they made parts, not whole bikes. Thus Raleigh would not have this, because Raleigh was an integrated vertical who made everything for themselves.

If you really want a name on your bike, get a water decal or sticker make saying whatever you want. "Richard's Bike" is accurate, or you could call it "The Incredible Hulk" or even "Cervell-faux" or "Heck" or "cannoodle".

Not the answer you're looking for? Browse other questions tagged identify-this-bike vintage touring-bikes or ask your own question.