Too much Travel when installing Mechanical Disk Brake

I am replacing the cable for the rear mechanical disk brake on my brothers MTB, because it is all chewed up. Now when loosening the cable on the rear brake (barrel adjuster on lever and brake all the way in), I noticed that there was a preload on the brake arm that pulls the pads together, meaning that the cable was clamped while the lever was already moved up a bit.

This was as it originally came from the factory. The brake is a Shimano (Alivio controls) and looks something like this with only 1 adjustable pad. 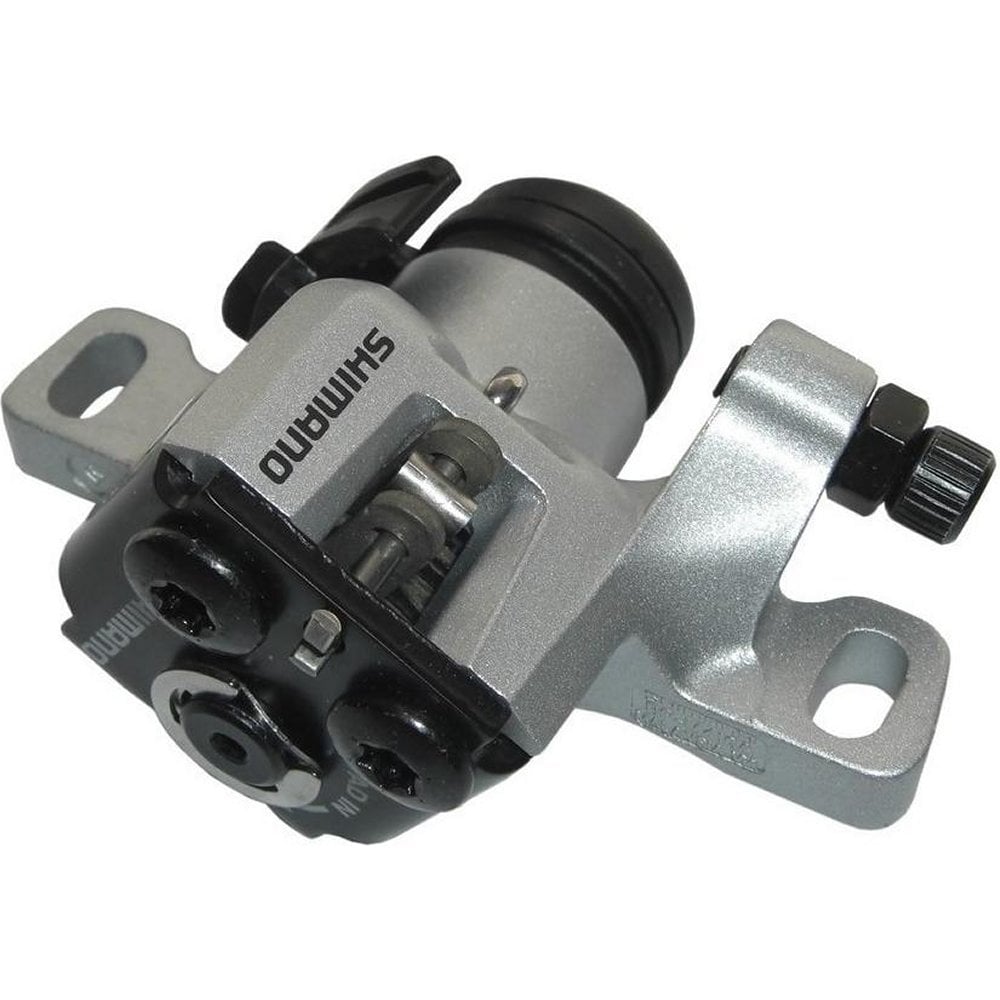 Every tutorial I found for brake installation doesn't put a preload on the brake arm, even the official Shimano service document doesn't mention to move the lever up before tightening the pinch bolt.

On the other hand I can see why it came from the factory like this, because when clamped in the arms neutral position, even with both barrel adjusters turned out, the brake would only start to grip with the lever already fully pulled towards the handlebar.

So should I preload the brake a bit when installing the new cable or what am I missing?

Without having serviced that exact design, I'd expect that at the very least you'd need to take up the slack in the mechanism. Some slack is to be expected as in similar designs the pads sit back into the housing but pass in through the rotor slot. That means more travel is needed fitting new pads than in operation, easily dealt with by a little preload on the cable. It doesn't surprise me that it's not mentioned, though maybe it would be helpful. Setting the cable position in the pinch bolt with the barrel adjuster wound in is normal for many brake types.

I've had the same exact issue with similar Shimano brakes and Avid BB7.

I normally put "preload" in the actuator arm, as I learned before on linear pull rim brakes (a.k.a. V-brakes).

What I do is to fully screw in any barrel adjusters and back up a turn or two, then with one hand I move the actuator arm to the point where it engages the disc, then tighten the pinch bolt just enough to barely hold the cable relative to the arm. There should be no slack in the cable. At this point I release the arm and pinch the cable with my fingers just before the actuator arm, as to prevent it from sliding too much in the next step. Now I press the brake lever roughly half of its travel, trying to reach just the desired engagement point. (since the pinch bolt is barely tight, it will let the cable slide). Then, without releasing the cable, the other hand releases the brake lever and fully tightens the pinch bolt.

The fine adjustment of the engagement point is done with the barrel adjusters and the pad position adjuster bolt(s) if present.

I use a similar method for v-brakes since those do not have a hard stop for how much the return spring moves, i.e. the brake arms opens as much as the cable allows. When I installed disc brakes I just assumed the same thing as the actuator arm usually moves way more (require more cable travel) than the cable travel provided by the lever.

Which brings me to a very important note: MTB Mechanical disc brakes require the same cable travel as linear pull or v-brake. Levers designed for road brakes or a very old MTB style of brake known as "cantilever" brakes are not suitable as they offer much less cable travel and cannot be adjusted properly in most cases.

Even though it is possible to mix Road and MTB brake components, it is really not advisable, because they are designed with different cable pull and leverage ratios (different mechanical advantage).

Just to clarify: I do not think this would be the case for the O.P. since he mentions the only changed component is cable, everything else is "as from factory". But someone mixing a normal Road lever with MTB brakes will experience a similar issue.

Not the answer you're looking for? Browse other questions tagged shimano brakes or ask your own question.

3
Adjusting rear derailleur - shifts to lower gear, but not to higher
3
How do the adjustment barrels on a gear cable work?
2
Confusion regarding the Shimano numering system
7
Should brake fluid come out of a misaligned disc caliper piston?
4
rear shifter lever gets stuck when shifting gears
5
SRAM Guide brake lever won't return
4
How to disassemble this v brake arm?
6
What are the brake housing stoppers on the end of the brake housing called (see pic)
0
Caliper adjuster for Shimano 600 brakes
1
What type of lever is this cable for?