I was riding my bike today and it suddenly exploded. I have attached a picture.

The tube was not over inflated and I haven't been riding on rough surfaces.

What happened? Was the tube or tyre faulty? Do I need to reach out to the bike manufacturer? 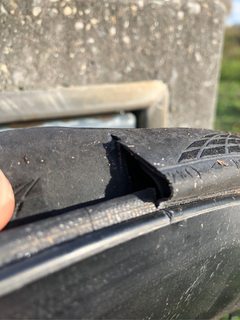 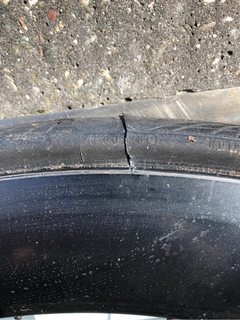 I went back to inspect the road closer. In the end, I found what caused this issue. It was a shell, stuck in a crack in the road, which was impossible to see because of the road levelling. I'd say, really bad luck. 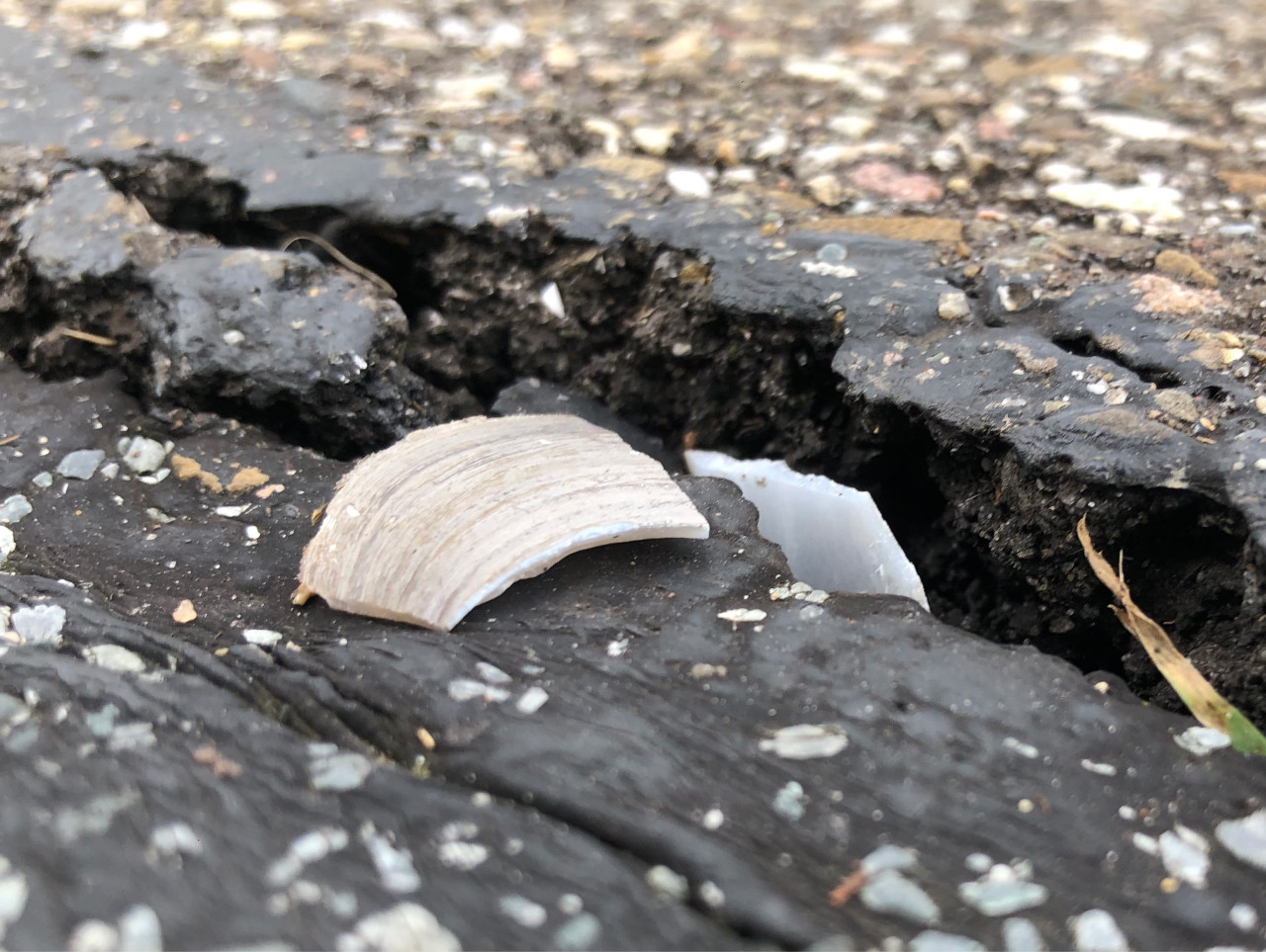 I will send my wheel to inspection, and hope I won't have to replace the rim as well.

TLDR answer: you ran over something

Given the ding/cut in the rim itself that aligns with the cut in the tire, you ran over something metal that was sharp enough to cut your tire and even dig into your rim a bit.

That looks like a deep carbon fiber rim - if so, I'd recommend doing a better job watching what you're riding over because the next bit of debris might be enough to seriously damage your rim - which will be expensive to replace if it is a deep carbon rim.

Nevermind that getting a flat tire in any circumstance can be dangerous if it happens at any decent speed.

Definitely a cut - the damage to the rim and the fact that the rubber and carcass fibers are clean cut through confirm that. If the tire burst from over pressure you'd see ragged edges. Also, from what I remember of mechanical engineering classes in college tubular shapes split along their axis when over pressured, not across.

My first thought when looking at the picture was that the tire was slashed with a knife. You may have also run over something that cut the tire some distance before it failed. The tire may have held up for a short while with the perpendicular cut before splitting along the bead which is what caused the catastrophic failure.

For readers’ reference, the tire is a Continental, likely a Grand Prix 5000. I recognize the sidewall markings, as I have a pair of these.

The OP specified that these were tubed clinchers, that the tire wasn’t over-inflated, and that it failed without apparent warning. This could be worth reaching out to the tire manufacturer, Continental. You would approach the bike manufacturer for an issue with the frame or fork. However, I suspect this is a cut from something on the road, with explanation forthcoming.

The tire has to have failed first, rather than the tube. If the tube failed first, the tube would deflate immediately without damaging the tire. It looks like the tire might have been cut by a piece of debris. A small cut may cause the tube to pop, as it stretches out of the hole, but the tire shouldn't have taken further damage.

It looks more likely that the tire could have taken a large cut, and that the piece of debris in question could have sliced through the tube simultaneously. In that case, I would assume that Continental would deny responsibility. It’s possible the tire casing was faulty, and that it ruptured while riding. The casing is actually like a piece of (synthetic) fabric, and in that case, I would expect to see torn threads around the failed area. I will say that normally, even riding on rough surfaces should not usually cause failures like this. People can and do ride smooth racing tires on dirt roads. If this wasn’t a manufacturing defect, this was a freak accident.

I’m not an expert on tire failure modes, but again, it could be worth asking Continental. Alternatively, since most people buy bikes through a bike store, the OP could approach the store for advice. Unfortunately, I see some damage to the lip of the rim. I fear this warrants replacement, because a crack in that region could propagate. Remember that the rim is under considerable pressure from the tube inside the tire.

If the OP had specified a tubeless installation, one thing to ask would be if the rim was a hookless design. Continental is a bit of an outlier right now, in that it specifically doesn’t allow installation on hookless rims. Rim manufacturers are only just starting to move towards hookless. On the off chance that this rim is hookless, then any failure would be the OP's fault, unless the bike manufacturer set this up and sold it. That would be a major unforced error. However, the likely failure mode here should be that the tire just blows off the side without tearing. NB: you should still never reuse a tire that’s blown off, as the bead should be assumed compromised. 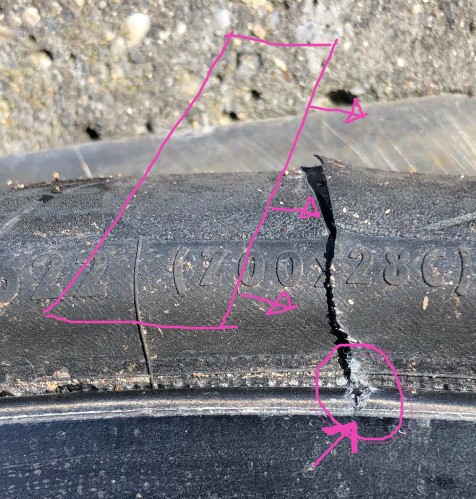 I guess it was something like a blade, a metal sheet or similar that sliced through the tube, hitting the wheel at a very shallow angle (kind of like the Titanic, it could stand a head-on impact with an iceberg, not a side scraping close contact).

I wonder if the crack is on the rim, it looks there are fibers there ... is it the tyre or the rim? If it is a carbon rim, consider it waste and dangerous to ride.

11
What happened? tube blew the rim?
3
What could have caused this flat?
3
Relatively new tube exploded by itself without any external force
13
Mystery flat keeps happening 3-5 times a week. Do I weigh too much for my tires?
2
Tube compatibility for given tyre dimensions
4
My rim exploded inflating on an automatic pump of a gas station. Should I reuse wheel's spokes/hub or buy everything new?
7
How did these pimple/bubble/bump shapes form on my tube?