I have a light / reflector designed to mount to a rear rack. It has two horizontal holes for bolts, like this: 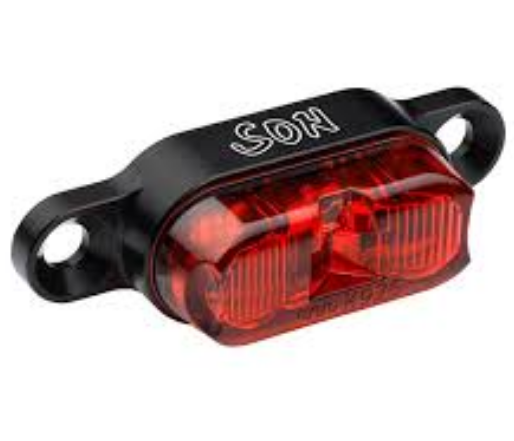 I do not have a rack.

But I do have rack mounts like these on the seat stays: 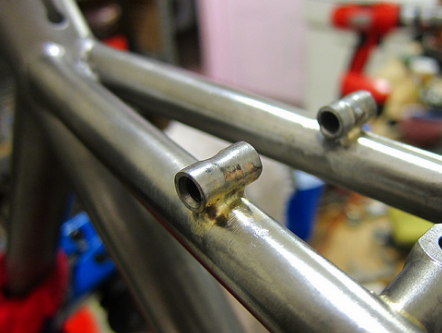 Is there an adapter that would allow me to mount the light / reflector to the frame?

Rack upper eyelets of that sort don't have a standard distance between them, so there are no off-the-shelf brackets that would attach to both of them and center the light, if that's what you're thinking.

Busch and Mueller makes a bunch of brackets that let you mount 50mm and 80mm generator lights (yours is 50) intended for rack mounting and stick them to other things. 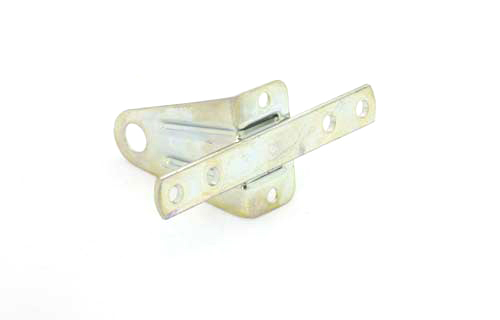 You could use this one to attach that light to one of the eyelets, but it might stick out too far to the side.

If you want to do it in a way that's free and made out of trash, one thing I've done several times is take the plastic 50mm/80mm light bracket that comes with Topeak racks and also has the vertical two-hole pattern for reflectors, then bolt it to a seatpost reflector bracket.

Fairlight Cycles sells an adapter for a SON rear light with their bikes. As far as I know they just print it 3D. Here's a photo: 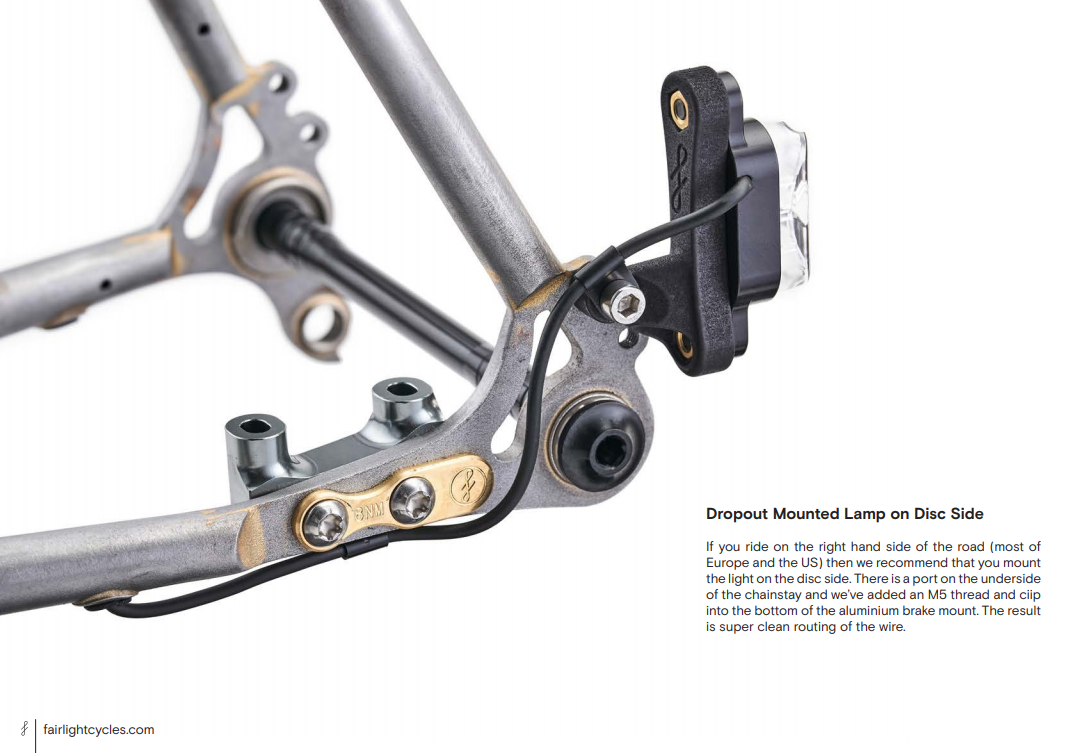 This should also work on the rack mount from your picture. If you have a 3D printer you could try to print an adapter yourself. Alternatively, you can build an adapter from metal. Here's one I build for my bike: 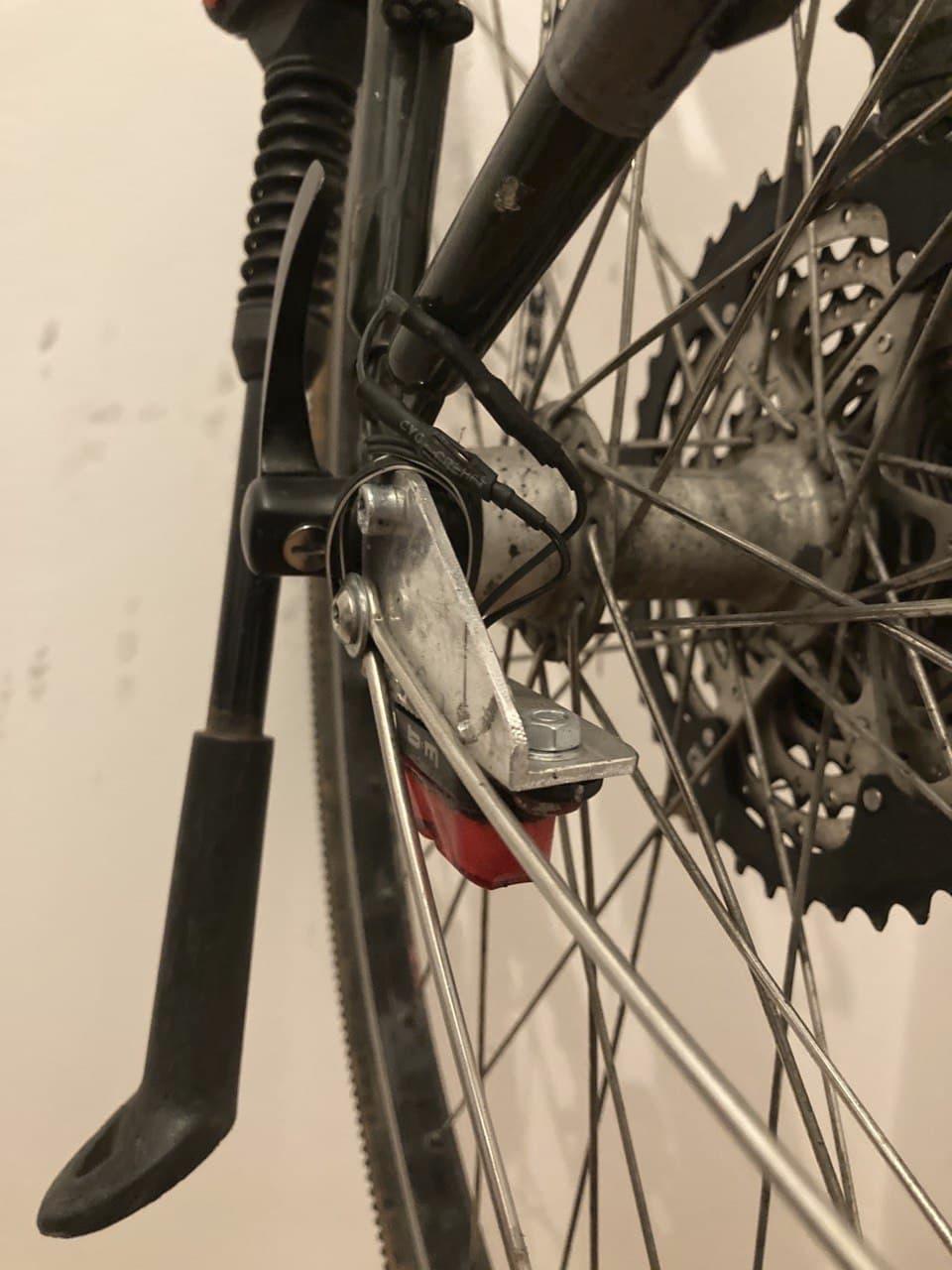 Some racks come with a pair of stays, each one consisting of a strip of stainless steel with a long slot in it. They bend fairly easily (for example put them in a vice and press a piece of wood against the metal). Two bends to make a flat, square U shape should work, though you may need to drill another hole if the slot isn't long enough.

If you can get your hands on an old rack, you may be able to use the parts, or look for spares. The most suitable I could find was made by Thorn.

Not the answer you're looking for? Browse other questions tagged rack lighting taillight or ask your own question.

1
best rear rack for fuji absolute bike?
5
What kind of tail lights can I attach to the rear of my rack?
1
Custom/universal clamp/attachment for light on rear rack
3
Quick Release Rack with Horizontal Dropouts
3
The best way to mount a rear rack
5
Can I install a back bike rack without attachment to the rear part of the frame?
4
Giant rack adapters
3
How would you recommend securing a pannier rack on a bike without braze-ons?
2
Can I attach a rear cargo rack directly to the seat clamp?