Is it possible to tighten/replace my wobbly spider?

I have a Shimano FC-M460 crank and the spider is starting to wobble a little. Is it possible to tighten or replace the spider? I can't figure out which tool I would need to order. Or should I just replace the whole crank & spider?

The FC-M480, as originally identified in the question, is a 9-speed, Deore level crank. This is a link to Shimano's spare parts diagram. Here is a link to the M460 crankset's parts diagram. Neither indicates that the spider is available as a spare part. For Shimano cranks of this era in general, I don't believe the spider can be practically be separated from the crankarm. The road cranks generally had the spider forged with the arms. As shown below, the M480 and 460 do appear to have separate spiders, but the spare parts diagram indicates that the spider isn't available as a spare part, nor is there an obvious lockring. Hence, the spider is likely bonded (i.e. industrial strength glue) to the crankarm. The image is of an M480 crankarm-spider interface that I stole from an eBay listing. 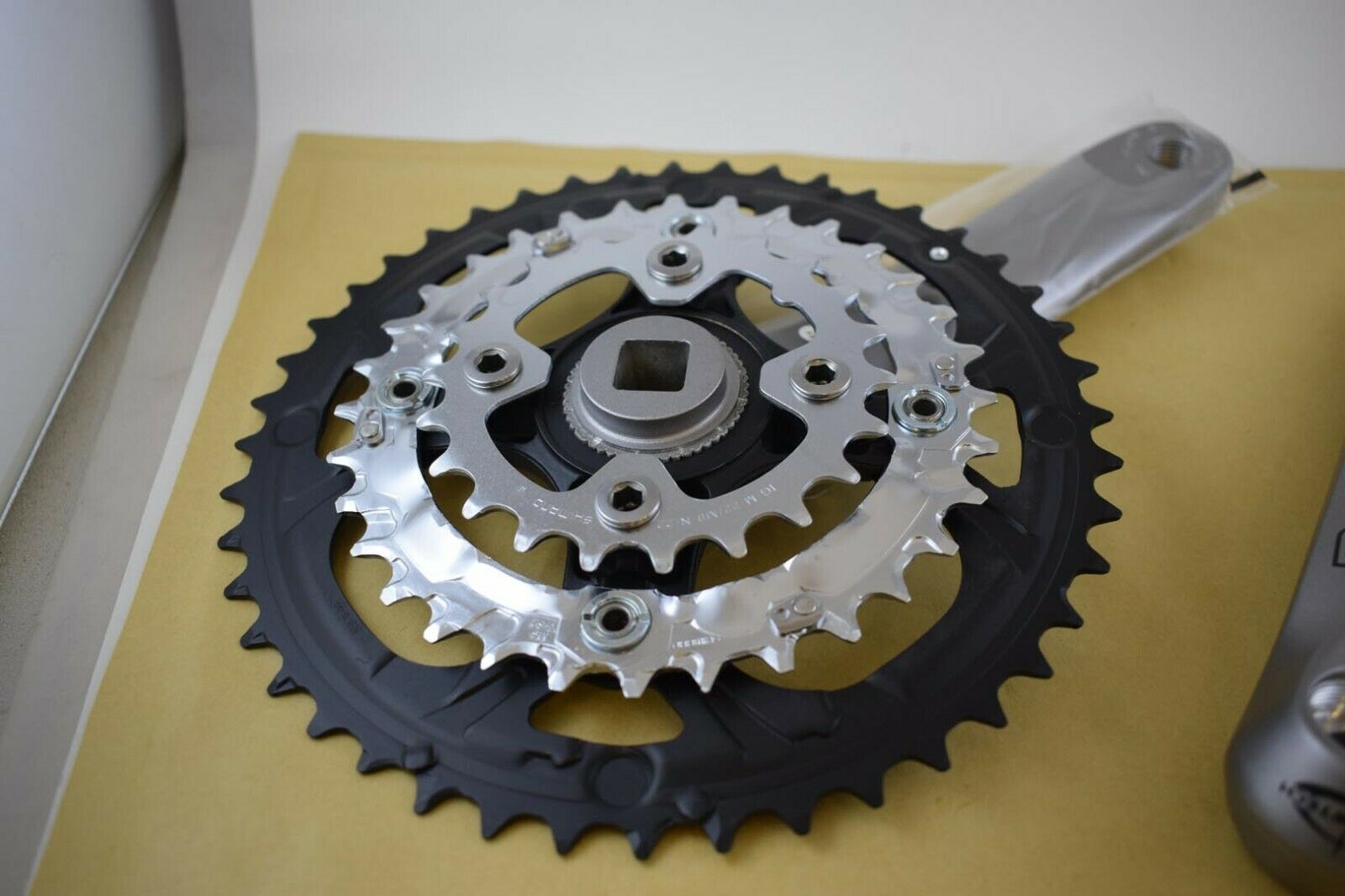 Note the supplemental discussion in comments: the OP checked that their chainring bolts were tight and that the crankarm was tight on the bottom bracket. When the OP wiggled one chainring, all three rings moved together. Unfortunately, that points to the spider moving. As it isn't secured by a lockring, this likely means the bond is failing. While that is presumably very strong glue and this should be a rare event, this is unfortunately not out of the question. There have been a few reported failures of Shimano's higher-end road crankarms, which are forged in two pieces and then bonded together. In these events, the bond fails, possibly exacerbated by salty air.

It might be impractical to re-bond the spider to the arm. While I've never done anything like this myself, I would expect that the existing adhesive would need to be dissolved. That might harm the anodizing. Then, after cleaning off any remnants of the adhesive, the OP would need to select a proper adhesive, and re-bond the arm and spider. I'm not sure if the application procedures for appropriate adhesives are achievable by typical home mechanics. In any case, it could be possible if you knew what you were doing, but I expect that it would be much more cost effective to buy a new crankset.

As the OP indicated, the spider could have been bent rather than the bond coming loose. If the spider were bent, however, it would not explain the symptom of the chainrings wobbling together when moved by hand. Also, it would take a lot of force to bend the spider. After all, the spider's arms are short and are relatively thick aluminum, and they have a bunch of chainrings bolted to them that would collapse first under the impact.

Your options are limited, but you have little to lose, so I would suggest trying to re-stake the spider.

Staking is a process somewhat like riveting, but without the rivet. With a sharp punch, you can pound notches into the joint at several places the displace material and tighten it. This might work permanently or it might not work at all, but it's something I would try before discarding the crank.

Here's a picture of staking used to permanently install bearings. This is an accepted technique in certain applications.

Not the answer you're looking for? Browse other questions tagged maintenance crankset tools or ask your own question.

0
Crank fell off square taper BB. Should I replace bottom bracket
3
Limits on tooth difference when replacing crankset
4
Cutting off welded crankarm
6
Wobbly splined cranks, yet bolts are very tight
4
Possible to identify sprocket without taking the bike apart?
1
Wobbly bottom bracket on Radford, need guidance to replace
1
Vibration and wobble after replacing chain
2
SRAM AXS double to single
2
How did I strip my crank arm with a crank puller?
3
Are chainring bolts alone strong enough?