Can I install a disc-brake pannier rack on a bike with V-brakes?

I have a MTB with V-brakes. 14-15 years old. I want to get a pannier rack. Will a rack suitable for a bike with disc brakes (eg Topeak Super Tourist DX) fit a bike without disc brakes? I’m not sure if I’m going to buy a new bike in the next year which would have disc brakes, so am trying to avoid buying a second rack at a later date.

In the beginning, almost every disc bike had the caliper mounted on the back of the seatstay. Conventional racks bonk into the caliper in this configuration unless terrible things are done to space them out. To solve this problem, racks with the struts offset out to reach around the caliper were devised, and given names with "Disc" in them. Then, for a variety of reasons, around the time disc brakes reached full ubiquity, almost all bikes of the sort one would consider putting a rack on went to locating the caliper on the chainstay, tucked under the seatstay. This design accommodates normal racks, and that is all you want to use on them, because the "Disc" rack design is forced into the compromise of leveraging the heck out of either the bolt in some designs or the offset wrap-aroundy tabs in others. There are still some new bikes that put the caliper behind the seatstay, but they have become quite uncommon.

So, playing the averages, you should buy a normal rack, and rack manufacturers should accept they need to change the name of these products because they cause so much confusion now. "Disc" racks winding up on bikes they don't need to be on is just not classy, and has some functional drawbacks too.

Disc rack isn't an exact term. It means the rack will probably be a bit wider and make some effort to clear a disc fitted to the rear hub.

Disc model arms are brought on so the rack supports will be less likely to foul a disc : 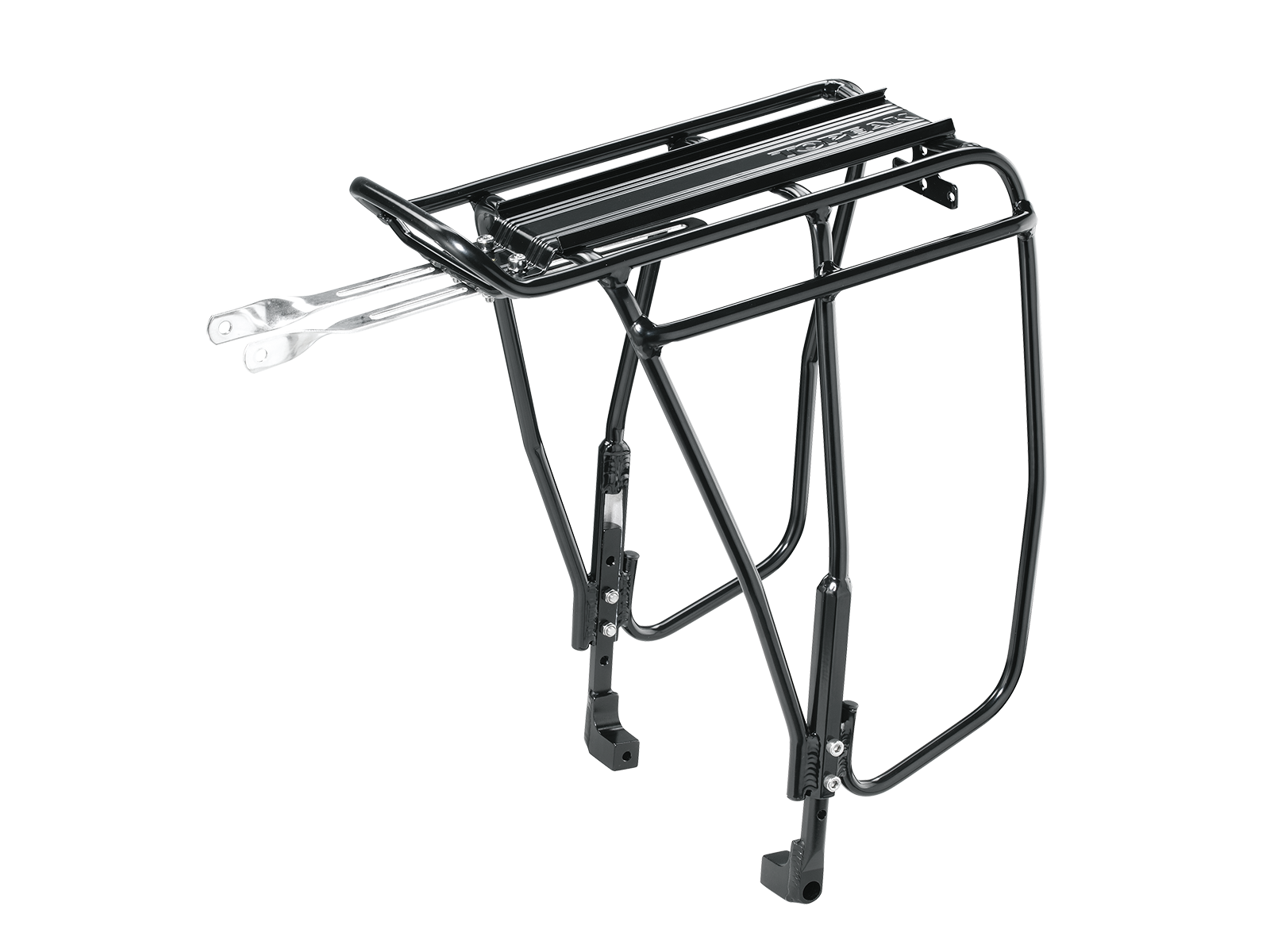 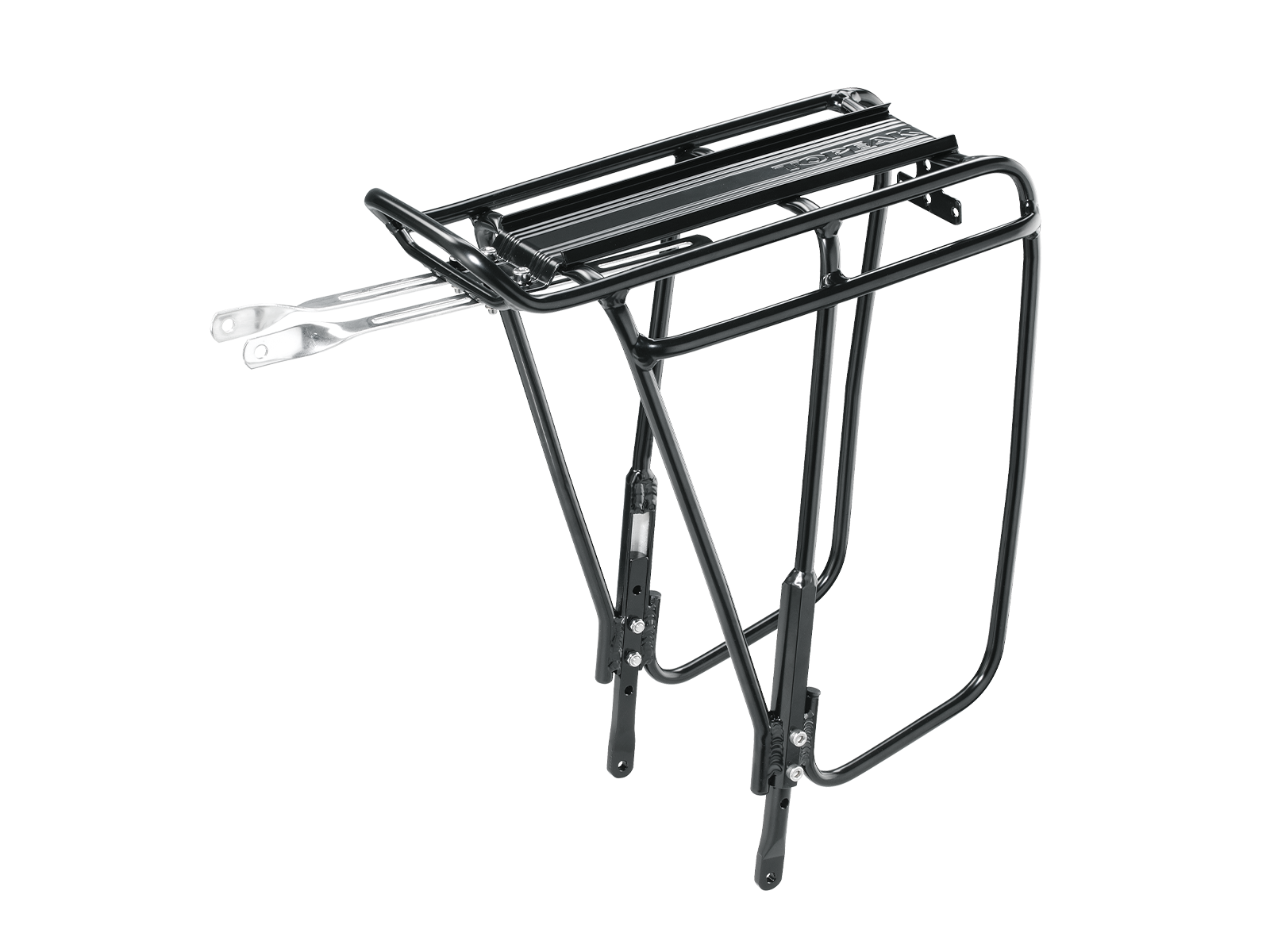 They both are essentially the same thing and the main thing is that new and old frame has the mounting points shown in the image: 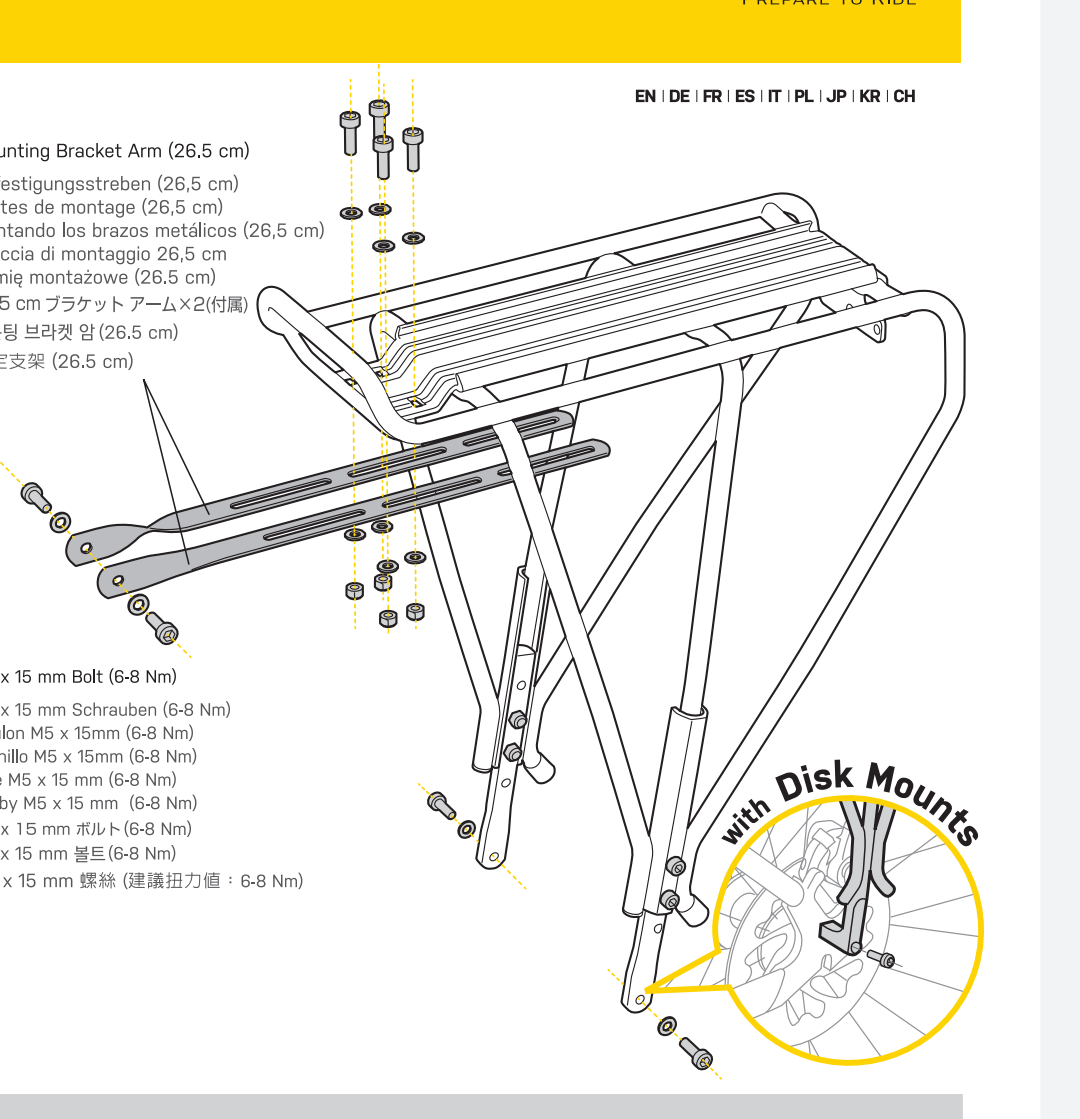 If it lacks these then a rack will be more difficult to install. Some new bike frames will not be built to take racks. So buying a disc type rack doesn't guarantee compatibility. However it's more likely to fit.

Not the answer you're looking for? Browse other questions tagged rack panniers or ask your own question.

12
Rack (& Pannier) for a bike with disc brakes
4
Will using a pannier rack mounting kit damage a carbon frame Axiom vs Tubus
1
Pannier rear rack with no eyelets
3
How do I mount this Topeak rack onto this road bike with disc brakes?
4
What can I get for panniers to commute with my 17" laptop?
0
Wobbling Topeak QuickTrack rack bag
3
Rear pannier rack legs seem to narrow in width - is my rack damaged?
1
Can I attach a rear pannier rack to my mountain bike?
9
How can I get a long rear rack with flat deck?