I'm looking to try and identify the year this bike was built. Currently struggling to add photo's. 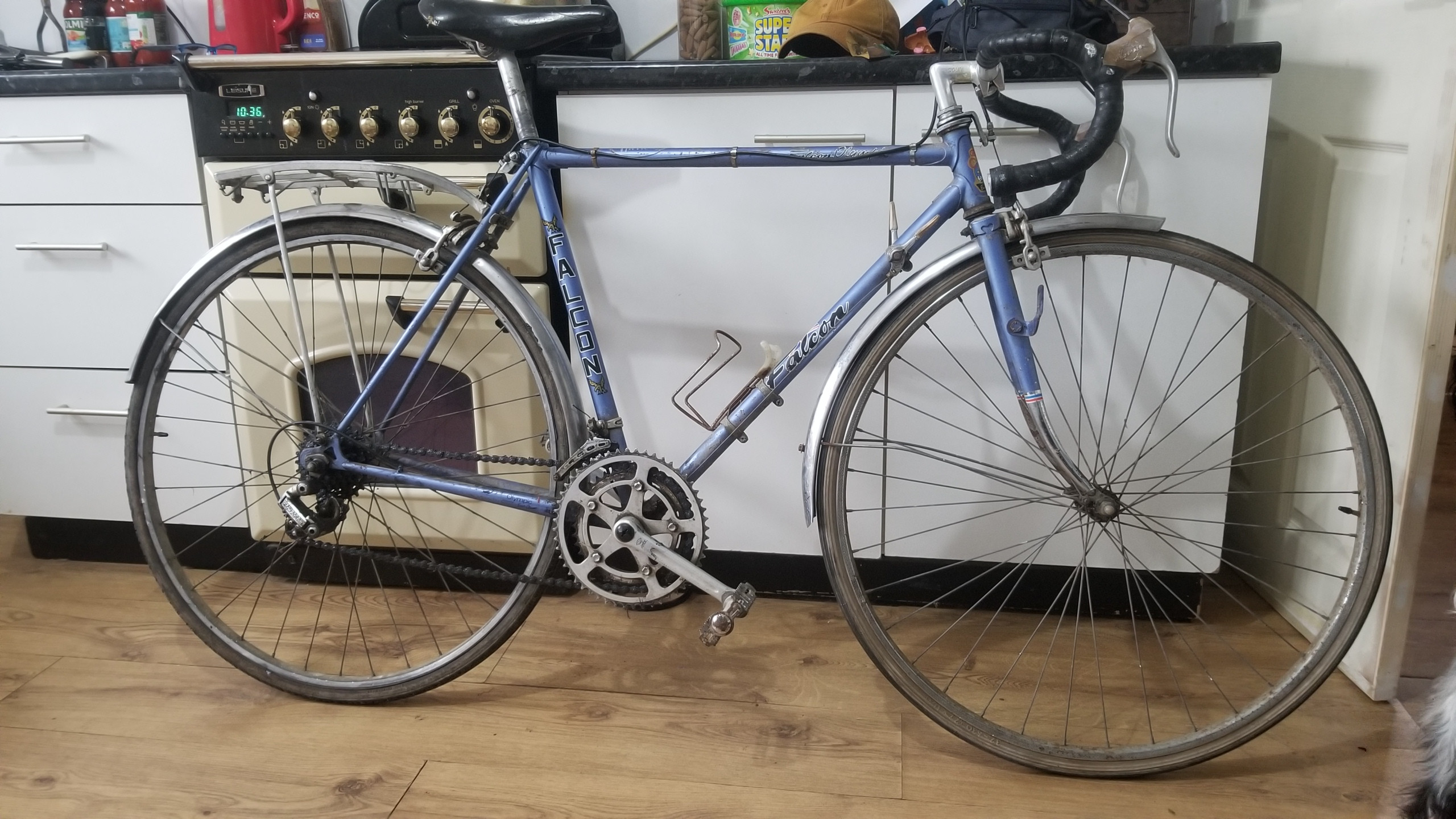 I will try and add some more in a minute. The frame number of the bike is 14246

Nice bike - from the overall lines of the frame its definitely something from the 80s.

The head tube is relatively short, so I'm guessing this is a smaller frame, maybe a 50cm or less.

The pronounced curve of the front fork became straighter as time went on due to manufacturing changes. Also the right fork tine has a lamp mount which was common for the time.

The three silver cable clamps on the top tube are more of a 70s design, but they may not be original.

The bike has U brakes rather than cheaper calipers, so its a mid-range bike not a budget bike. These require a cable stop, so are probably original equipment.

I'm sure the chainrings tell a story too - they have quite a difference between the large and small, in terms of tooth count.

The only damage I can see is the two stays holding the rear of the front mudguard. Normally they'd be straight, not bent up which suggests something got in the spokes once. Minor as long as nothing's rubbing.

I suggest you clean that filthy chain and cassette, then relubricate. That blackness is suspended grit which is slowly grinding away at the components of the transmission.

I would call this a touring bike from the early 1980s. Its not a race bike, but that crankset would help it get up hills when loaded. The better brakes also help a heavily loaded bike come down the other side.

Overall, looks like a loverly bike and a pleasure to ride.

This is not the same bike but it is an Olympic and the style of decal matches your bike.
Your frame has the wrap around stays and this one does not. 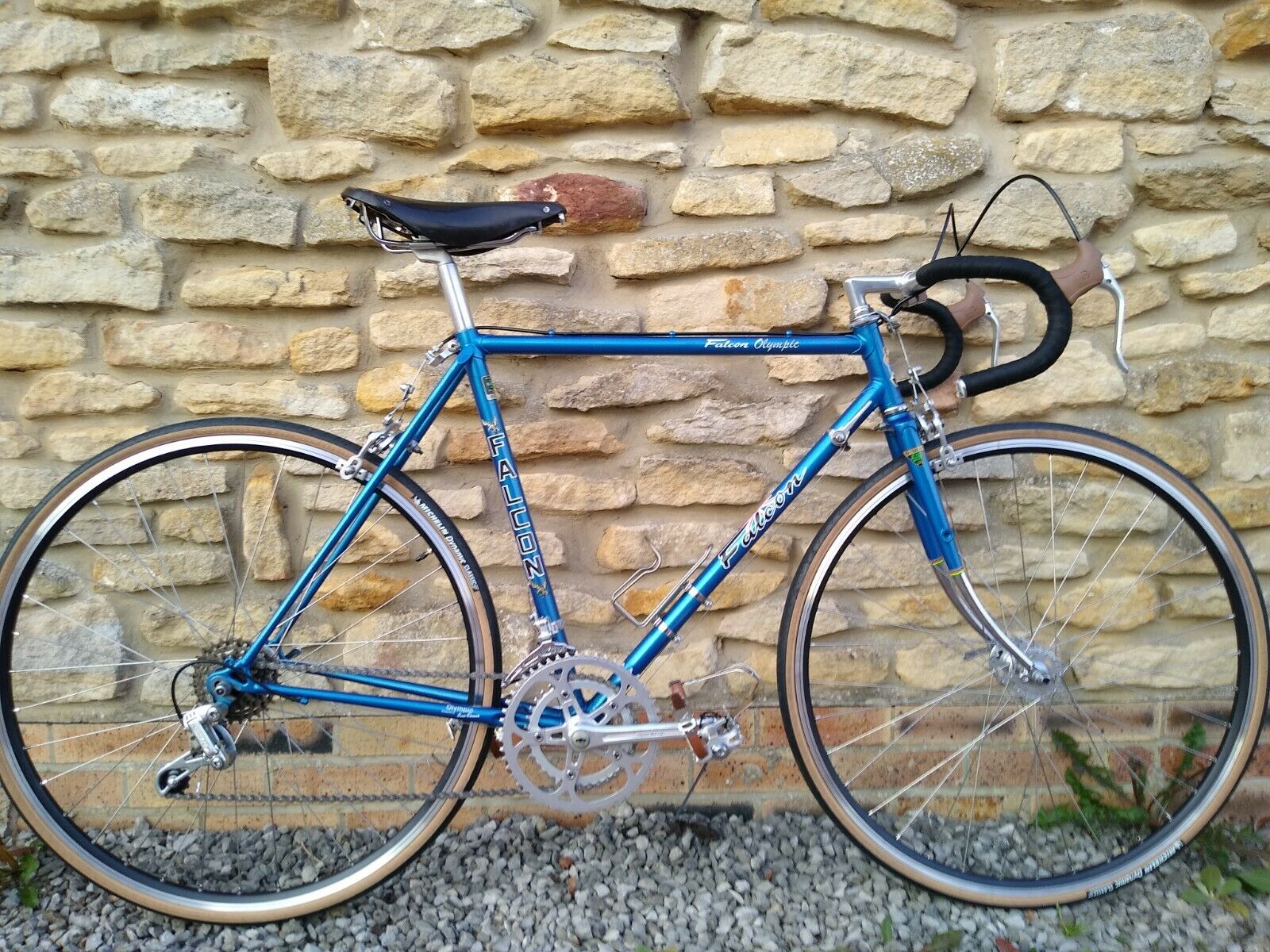 I'm still searching for a catalog or something more authoritative.

According to the ebay add: