Lockring tool seems to be 1mm or 2mm too small to fit sram 8 speed cassete?

I'm trying to replace a cassette. I got a chainwhip tool set + two lockring tools. I assumed it would be compatible as it's a 'common' 8 speed cassette from sram.

However after trying this yesterday, the lockring seems a tiny bit too small (though all the grooves seem to line up. But it won't budge with the nut going through the lockring. I even tried to gently hammer it in, but that just left a 'hexagonal' marking on the lockring...

Potentially I need to remove the nut? However there is very little contact area (a few mm) that could occur between a spanner and the nut, unless perhaps it'll come off with very little force (I could give this a try tomorrow).

I did find this thread that seems to mention a similar problem: Is this an unsuitable cassette lockring tool?

However it's not clear in that question on how to determine one from the other?

My main question here is: 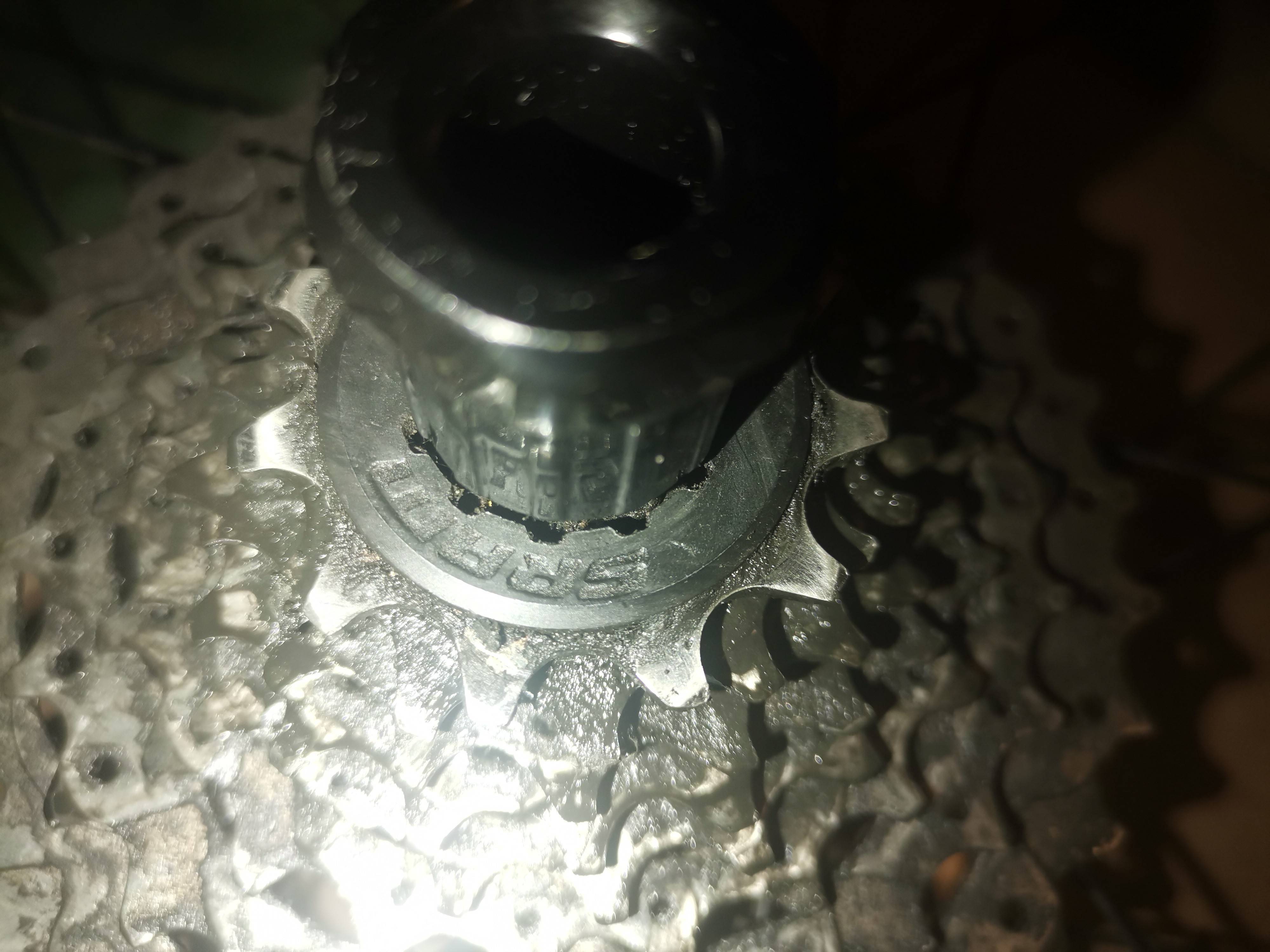 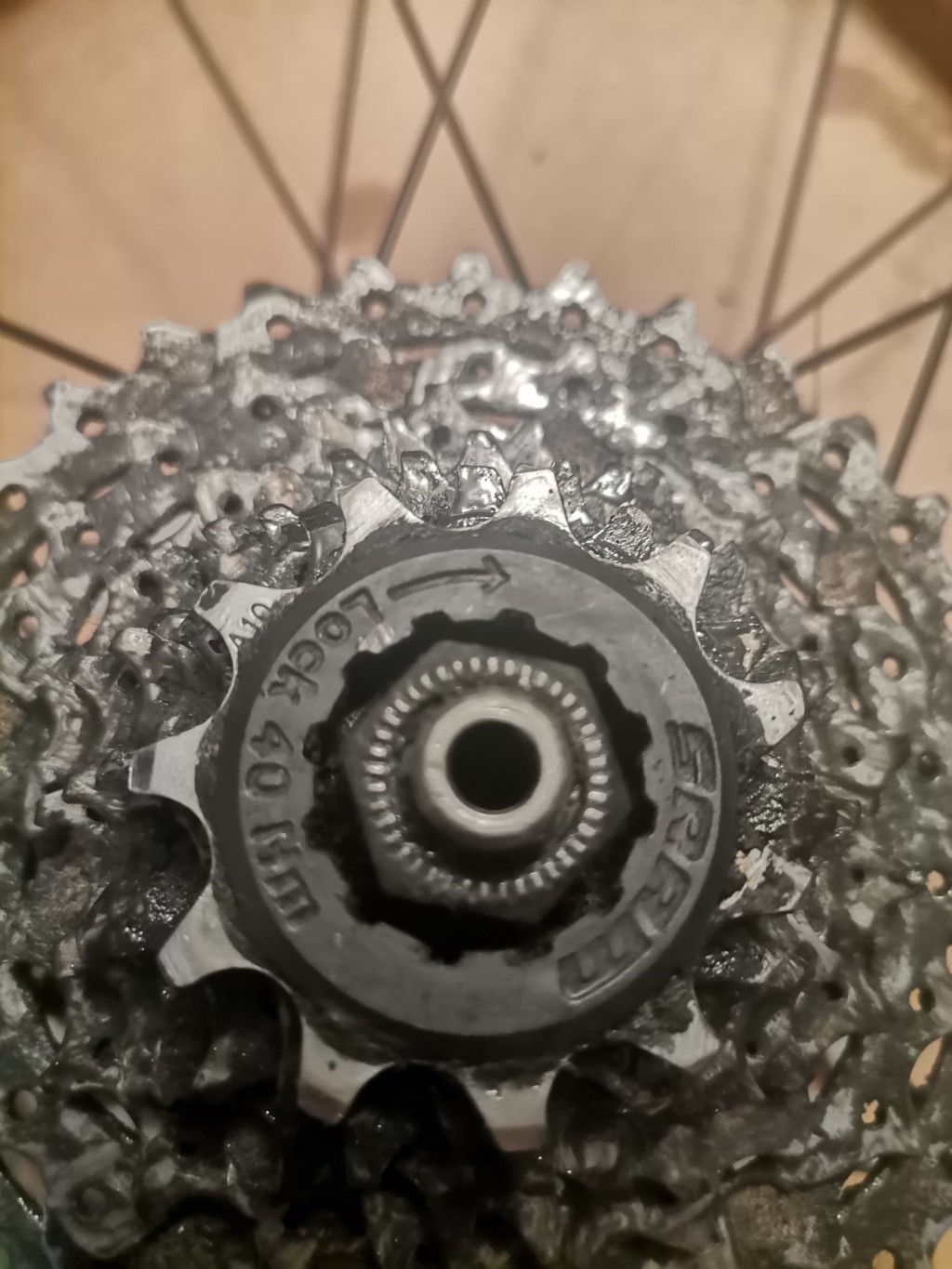 You're right - you shouldn't need to remove the nut to change the cassette. That would throw the bearings off and would make a small job into a large job.

However this might be a matter of tolerances with the nut being slightly too big, or it may be that your tool is not a cassette lockring and is for a freewheel instead.

I have a couple of different cassette lockring tools and sometimes one fits when another one doesn't.

The tool you have looks to be for freewheels. Here’s a photo of a known good cassette tool (Park Tool FR-5.2): 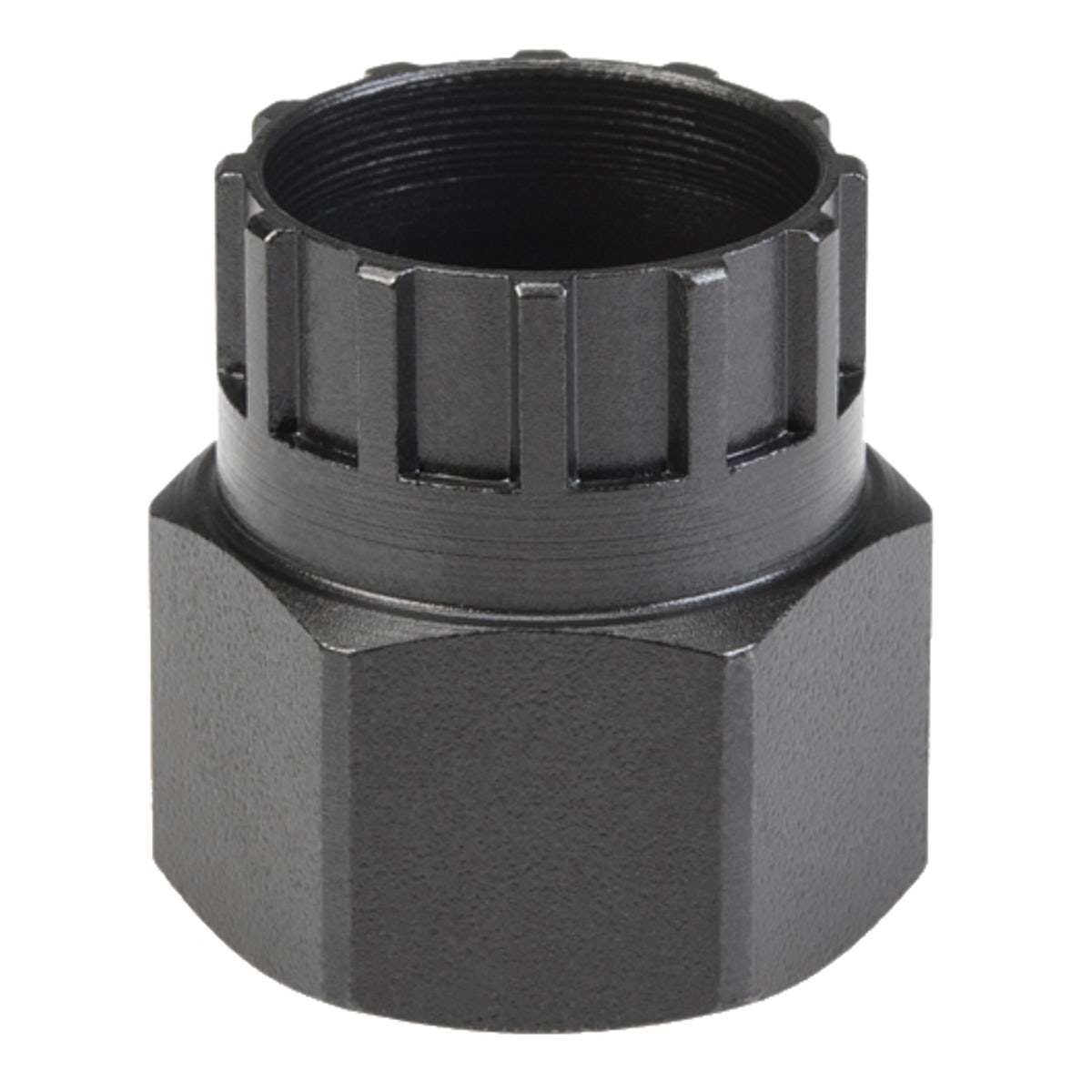 See how the splines are way deeper than your tool’s?

The other large tool you have is likely a bottom bracket tool and is not for cassettes at all.

3
Is this an unsuitable cassette lockring tool?
2
Would the shimano freewheel removal tool be roughly compatible with a Sram/shimano cassette?

2
How to recognise a 6-speed freewheel compatible hub?
0
Can't remove lockring
1
How to find compatable cassette for older Shimano
6
Can the back axle be replaced without removing the gear cassette?
1
Freewheel or sprockets?
2
How do you determine which cassette lockring tool you need?
2
Would the shimano freewheel removal tool be roughly compatible with a Sram/shimano cassette?
7
Skewer removal without quick release
1
Are freewheels and cassettes interchangeable?