Why is this STI shifter cable corkscrewing?

I have a roadbike with an older Shimano 105 set of brifters. The left hand / front shifter has always had problems getting the chain to the big ring, to the point I often have to dismount to reset the chain.

Recently someone pointed out that my shifter outer was "weird-looking" and I had no idea, because this was all hidden by my stem while riding normally. 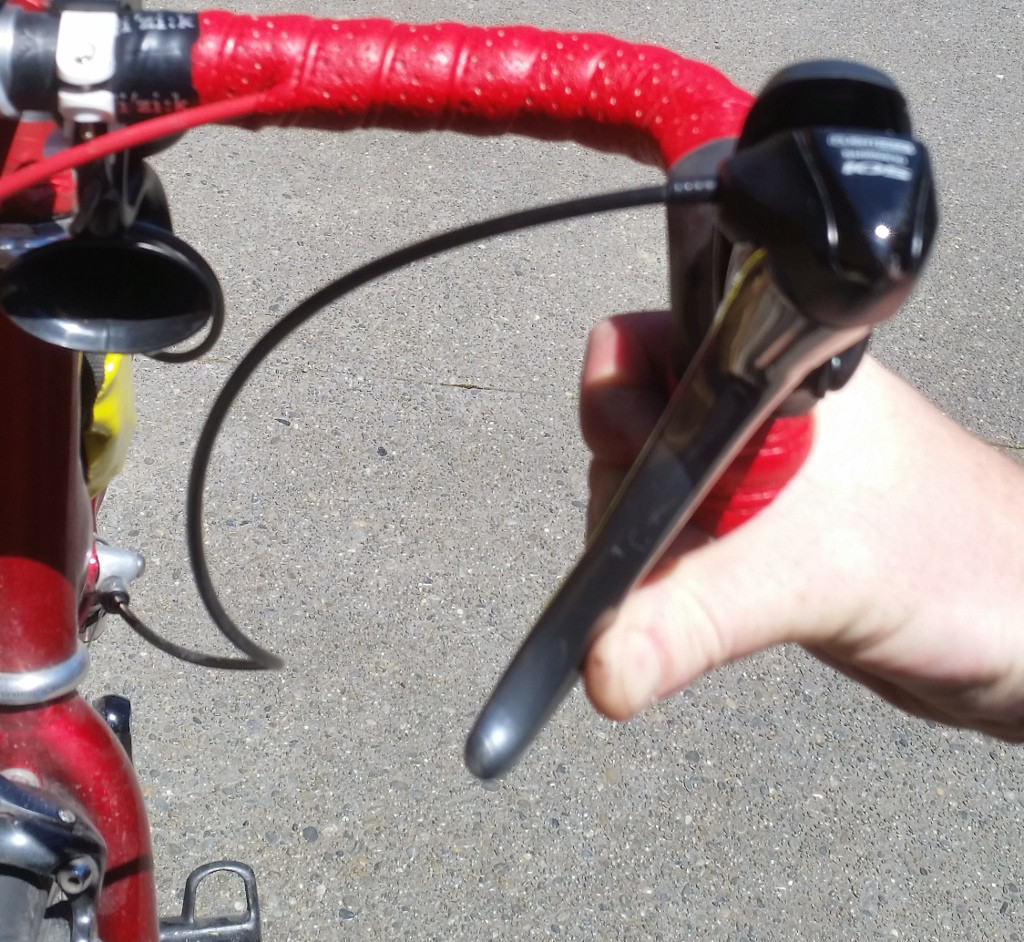 sorry for fuzziness - was a balancing act

The outer lies normally when untensioned but twists like this when I change to the big ring only. Shifting to the middle ring from the grannie works fine.

What has caused this? It used to work acceptably but has never shifted well.

The most likely cause is that your derailleur is seizing up at the end of its range; normal pressure will move it over the lower part of the range, but it takes extreme pressure to move it the last bit. I would inspect the pivots for rust or dirt, clean them and apply penetrating oil and see if you can loosen it up that way.

I see some suggestions of a broken cable strand; I wouldn't expect that to cause a problem only at the end of the action. But if a strand is broken just where the cable exits the cable housing at the bottom of the down tube, it could be hanging up just inside the termination of the housing. But in that case the other end of the broken strand would be visible in the exposed length of cable, which I assume you've checked.

Just based on your description, my best guess is that some of the strands of the housing have pushed past the housing end and are pushing into the lever. Unhook the cable end at the derailleur so you have some slack and can pull the housing back from the lever and inspect that end.

While you have it loose, also push the cable head out so that you can check for any fraying near the end of the cable. That's the common failure point for cables in these STI shifters.

Not the answer you're looking for? Browse other questions tagged shifter cable cable-housing brifters or ask your own question.