What is this stamped metal piece that fell out of a new hydraulic shifter?

I’m finishing setting up a new bike, and right as I finished bleeding and shifting around the left shifter (r7025), this little stamped steel bit fell out. 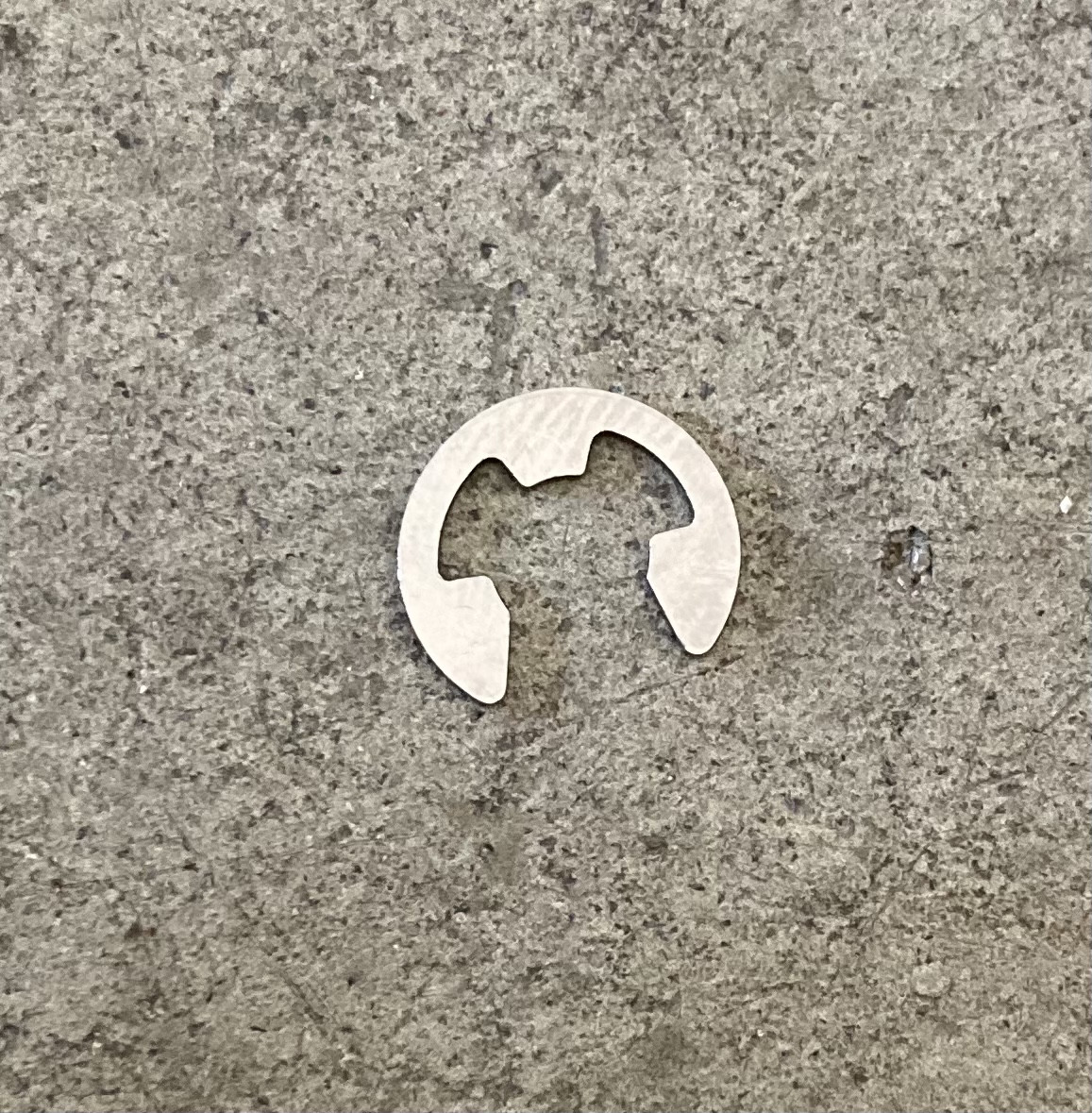 It’s about 11mm in diameter and 0.5mm thick. I have no idea where it came from beyond “somewhere in the left shifter’s mechanism.” I couldn’t see anything obvious on the right shifter that looked similar and was hoping someone could ID this thing and might know where it fits back into the assembly so I don’t have to mess with it more than necessary.

For reference: it fell out as I finished positioning the brake lever after bleeding. It doesn’t seem especially related to anything hydraulic.

Providing the 7900 is the same, I’m sure it is but someone more qualified can chip in if it’s different. 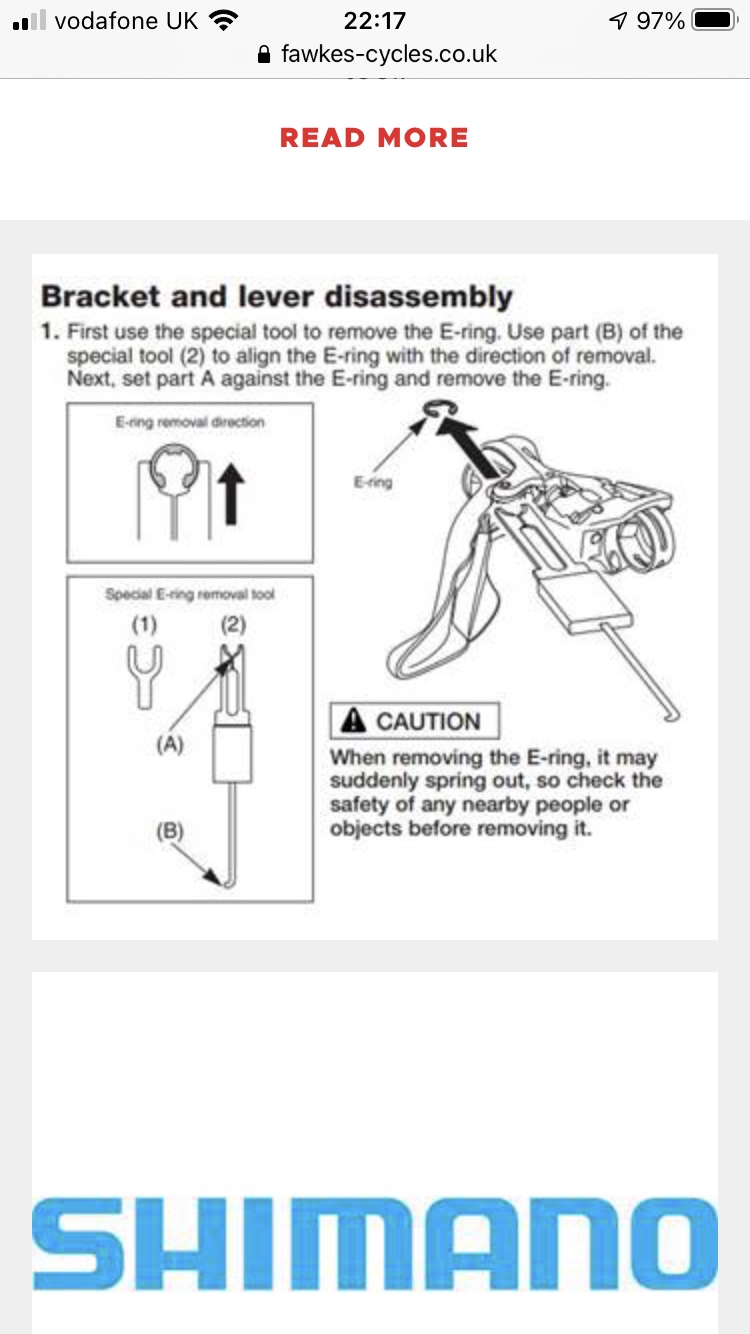 How did it fall out ? Shimano have a proper tool for removing them.

That specific item is called an e-clip and it would usually go around something round to hold it in place. I would not use the bike until you figure out where it should go as the brakes will probably not work properly without it.

Tying everything said in various answers and comments together: Shimano calls the item in question an e-ring, but Kibbee says e-clip may be the more general term. As stated by Kibbee and Criggie, e-rings usually hold something like a post in place. And it appears that the e-ring is linked to a post that holds the lever blades in place (these are the things you pull to brake, or push to shift).

While it doesn’t appear to be documented in the replacement parts diagram for the R7025 shifters, Shimano does still sell the clips and posts as replacement items. I guess this would be useful if you broke the lever blades. The blades are also available as replacement parts, but they seem pretty expensive, and if you're in this situation it could be worth scouring eBay for single STI shifters or ones that have broken from other causes. The picture below is the replacement post and axle for the 8000 series, sold by SJS Cycles in the UK. It claims compatibility with 7000 and 9100. There are different listings for other models of STI shifters, e.g. here is the one for the 6800 and similar era units. Shimano also sell a specialized removal tool to fit the e-ring. 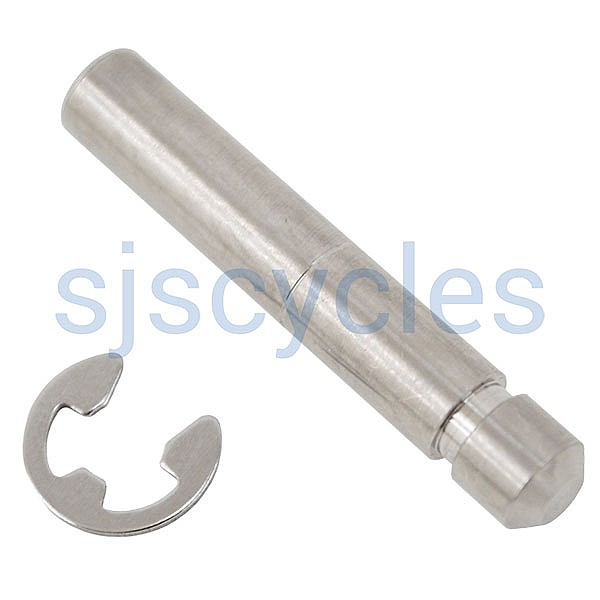 A manual for the 7900 STI levers (Dura Ace, second 10 speed generation) documents how to remove the post. The pictures in question are under the maintenance section. You'd use the special tool I mentioned earlier (also pictured in the image shown by Dan K, also shown in the manual I linked) to push the e-ring off the post. However, end users should not have to do this regularly. The shifting internals in STI levers certainly don't need regular maintenance. They will eventually wear out, but that should take a while. The internals are very complex and have very small parts, and are not generally possible to service by hand.

It does not appear that any of the parts involved in bleeding the brakes would involve getting near the shift lever blades, or that the bleed process involves moving a different post or an e-ring. A scan of the bleed process documented in the dealer manual seems to confirm this. Fortunately, the OP confirmed that both their STI units had the e-rings present. The origin of the pictured e-ring must remain an eternal mystery.

Concur with Kibbee - These are often used to retain a post or pin so they can't slide out. These clips are not load bearing, but they stop a load-bearing axle/pin from moving. I'd suspect it is from the pivot's shaft, so if your main pin moved/bound up then your braking would be compromised.

You're looking for a groove in a round part, something like these: 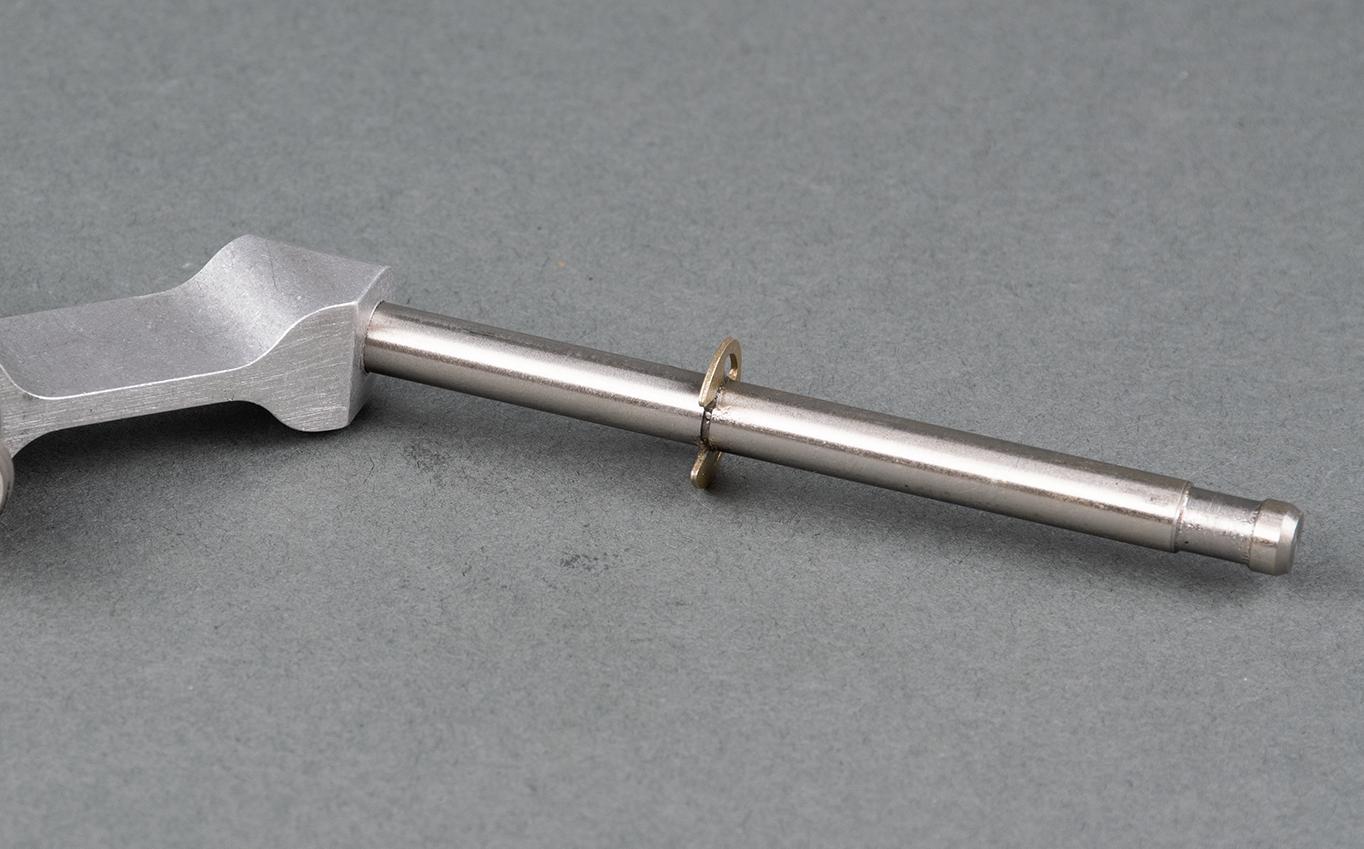 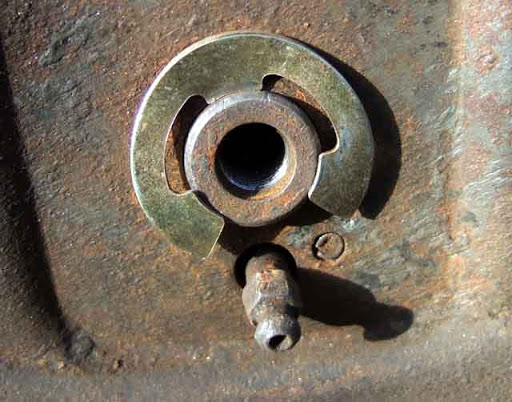 NOTE that last one is poorly installed with only one of the three tabs inside the groove.

When you find the empty groove, you should be able to click the E clip over the shaft. It will offer resistance, then CLICK into place.

There is a small chance its just rubbish that ended up in the area, and might have no practical use in your shifter, or that it may have come from another part of the bike while in transit.

The shimano docs are at https://bike.shimano.com/en-EU/product/component/shimano105-r7000/ST-R7025-L.html but I can't find an exploded parts diagram there. Some more googling and link following might help you.

Not the answer you're looking for? Browse other questions tagged shifter parts hydraulic-disc-brake or ask your own question.

4
What do I have to know, to replace my hydraulic disc brakes with new ones?
0
What kind of gear shifter is this? Single lever
13
What are these tiny pieces of metal that came with my Giant TCR Advanced 2?
6
What is the black piece above the bottom bracket on this bike?
2
What type of Hayes hydraulic brake is this?
5
What do I do about a hydraulic disk brake piston that won't retract correctly?
10
What is this part that came with my eggbeater pedals?
8
What is this U shaped metalic piece with 2 holes?