Have a set of Ultegra 6600 SL shifters that I'd love to put to use, but encountered an oddity with the right hand (rear) outer shift lever. It appears the lever return goes too far and so as a result, it's out of alignment with the smaller inner lever. It doesn't impact the quality of the shift, but because of the over-rotation on the return, I can only shift 2 clicks with one "sweep" instead of the normal 3 clicks.

Nothing is gummed up and nothing appears obviously broken.

Here is example of issue: 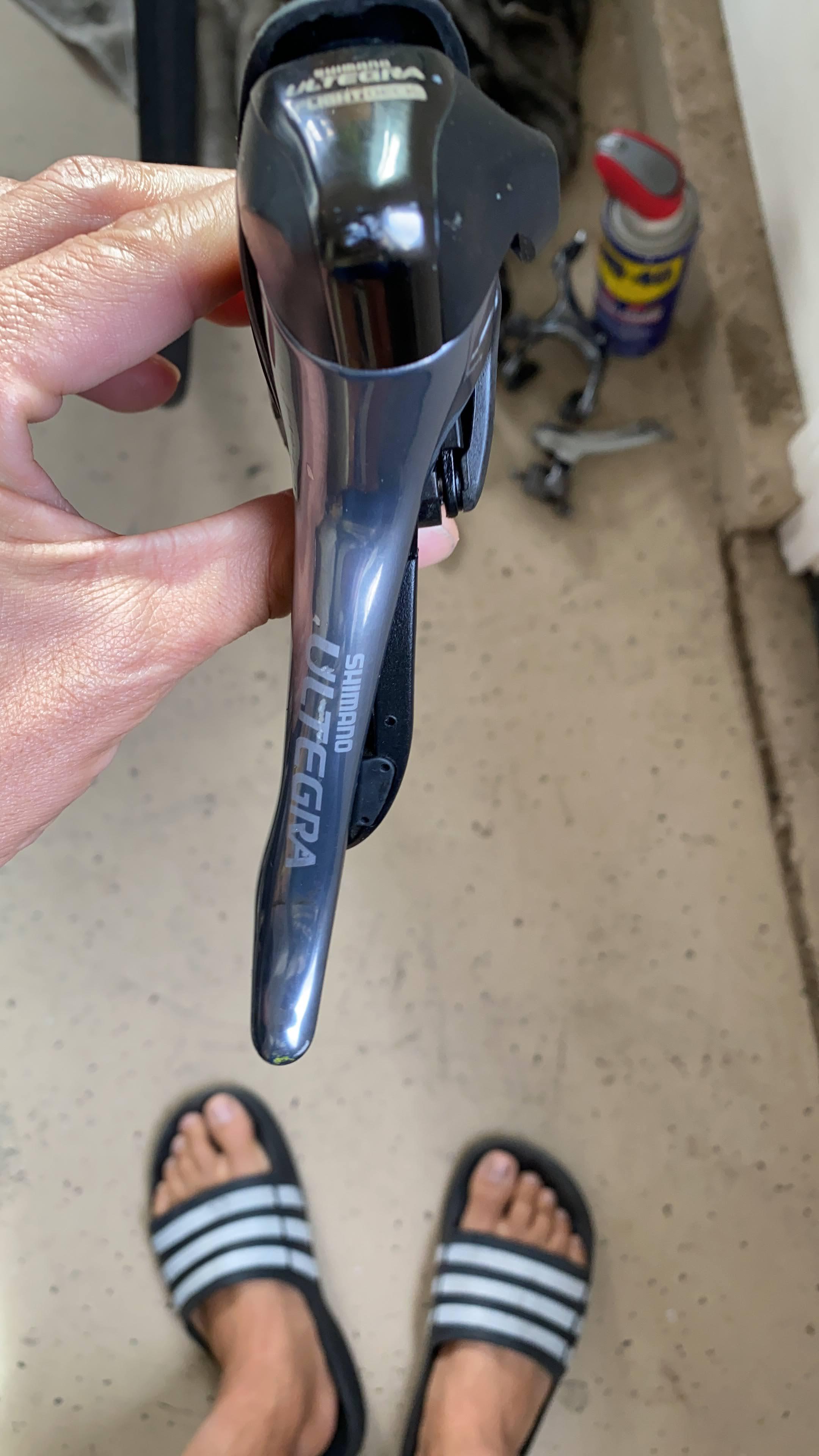 Here is example of the shifter next to a normal one: 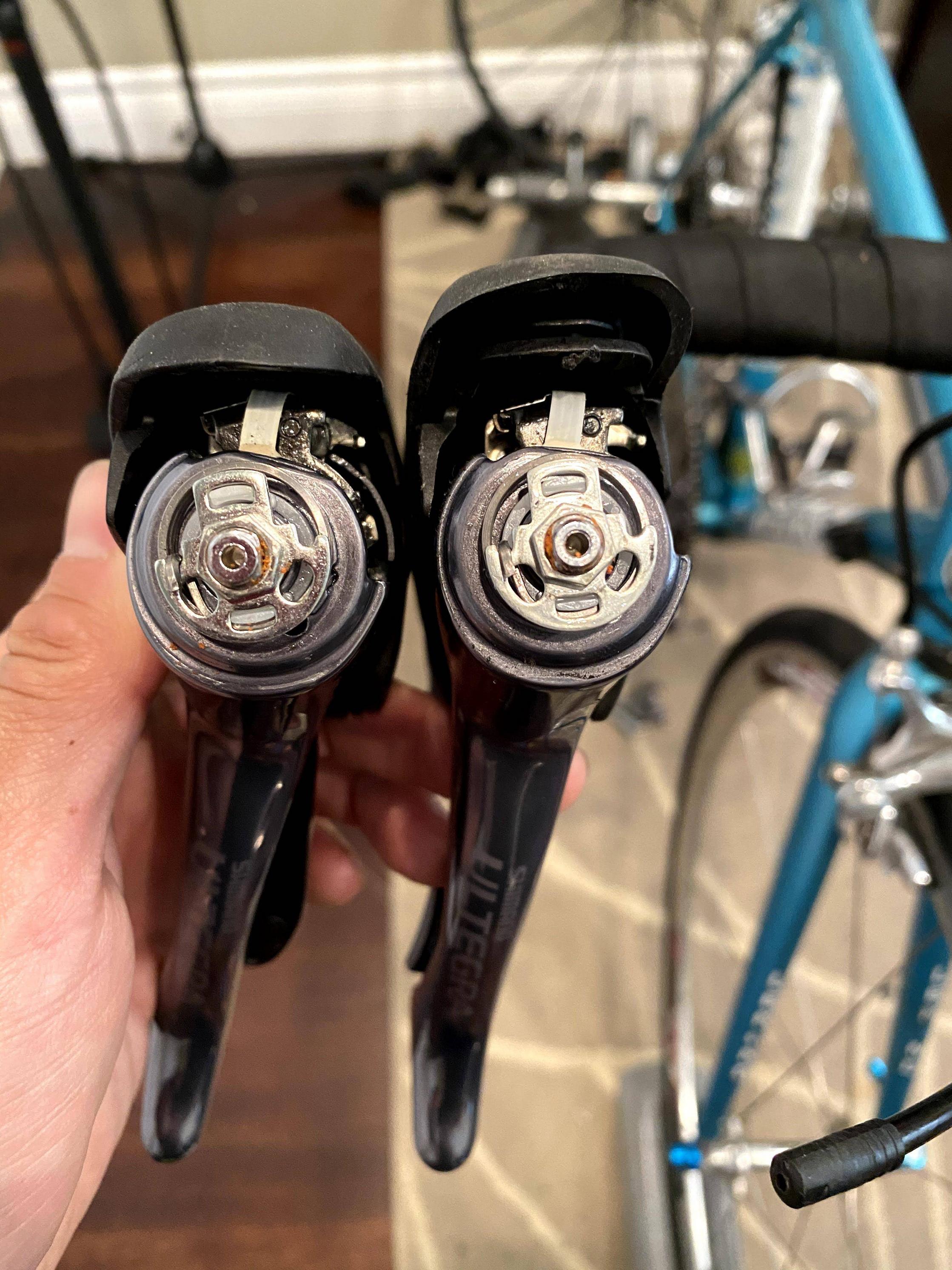 Nothing is offset when looking at it from the front. 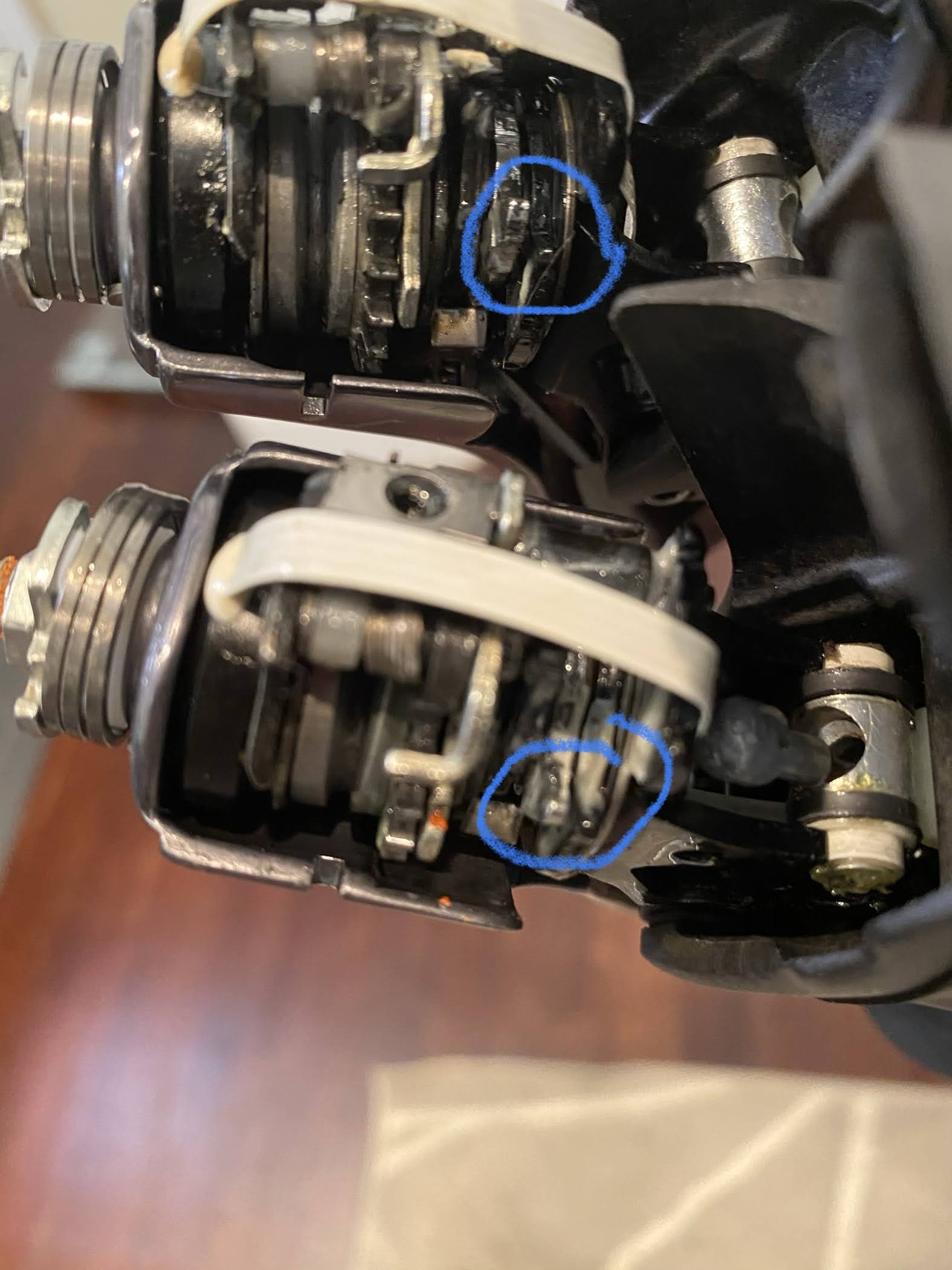 Close up of the correct one: 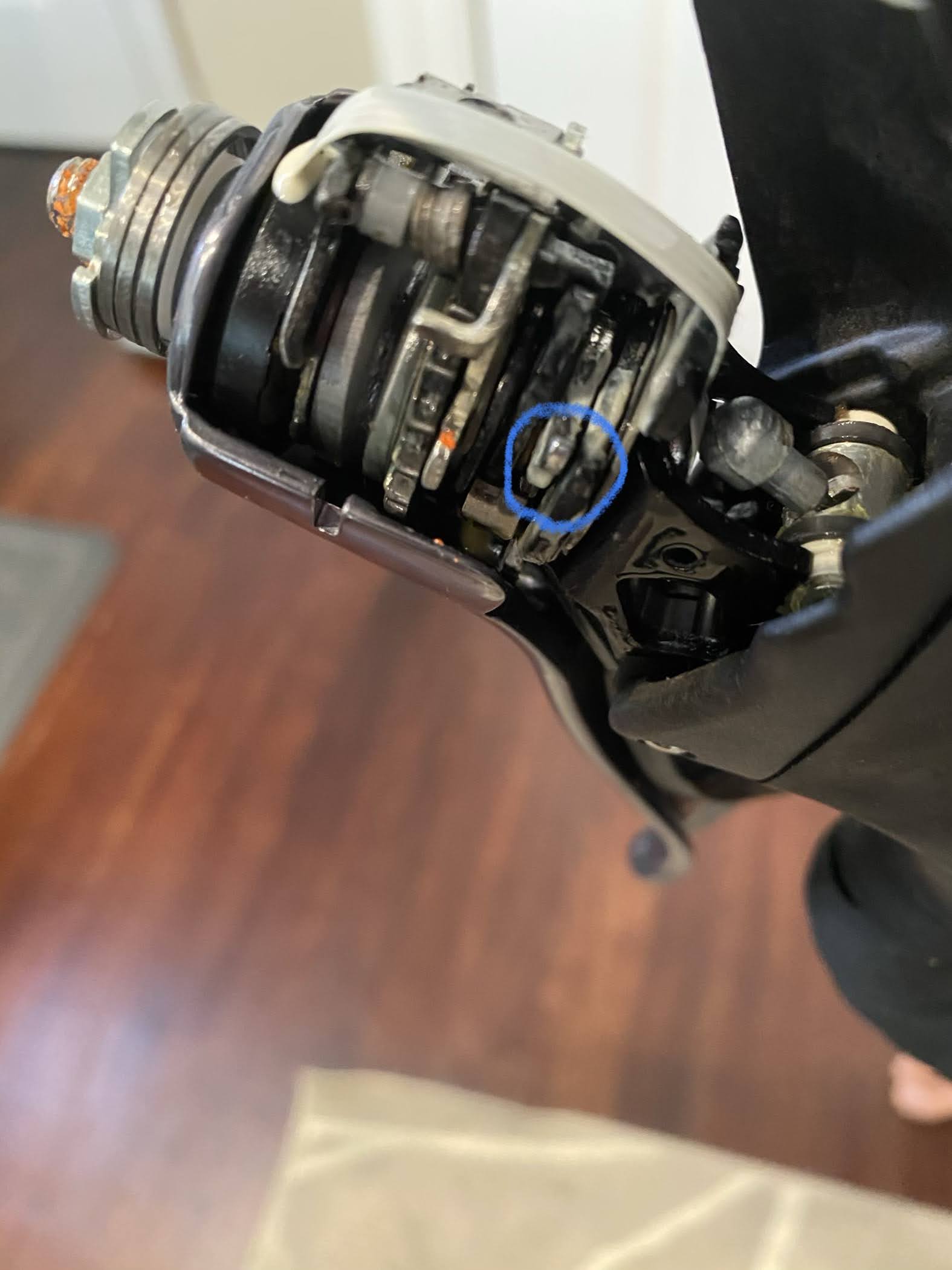 I am not sure what to disassemble to fix the alignment, as everything that I could see be easily disassemlbed has been done so. Anyone encounter this before or have suggestions?

The misalignment may be caused by damage to inside of one of the shifter mechanism components you circled on the photo. They all stack up on a center post, and some have interlocking components to align everything just right.

If one of these components is damaged (i.e. stripped out, chipped, etc.) it would not stop at the correct position, and keep rotating past the intended "stop" position. This is the most likely scenario, since the area you circled is not part of the 10spd detents; those are the smaller teeth closer to the front of the shifter body. If it is a little floppy when you first push it (no cable attached), this may be the case.

There may also be a damaged bit of plastic that stops the lever in the correct position. I'm not 100% on the 6600 levers, but the mechanism is very different from what is in 6700+ levers that are currently out on the market. This was the last generation of this design before Shimano redesigned it completely.

Echoing the advice above, I would not recommend trying disassembly/repair, unless you already have a backup shifter ready to use. Most shops, as a rule, will not attempt to repair this either. If something is broken, it will probably fail completely at some point in the future.

WD-40 is definitely not great for the shifter. The grease Shimano uses in them hardens up if they sit for too long; you basically have to disassemble these shifters and scrape off the old grease with a pick or flathead screwdriver. WD-40 won't dissolve the grease; it's a hydroscopic solvent that will absorb water and anything dissolved in it, and eventually gum up again. Plus, it gets everywhere!

Not the answer you're looking for? Browse other questions tagged repair shifter mechanical or ask your own question.