what is this hole for on a B&M Luxos U light?

Installing a luxos U. I've got a pair of others on other bikes, but those were installed by an OEM in Europe. The process is straightforward: Crimp some spade connectors on, then connect hub to light input tabs. But here's a curiosity. What's that hole for right there above the positive connector? (This is the bottom / rear of the light, so that faces down.)

The factory installed lights on the other bikes have a wire coming out of there, about 2cm long, terminated with heat shrink wrap. The hole gets no mention in the manual, and I can't imagine (though I didn't take it apart to look) that there's an interior connector to the positive side, nor why there would be.

Anyone know what that hole would be for? It's not the lowest point on the light, so it's probably not a drain, though maybe it could be a drain for that portion of the shell, and my OEM added the little bit of wire to serve as a drip path that takes water away from the actual connection? 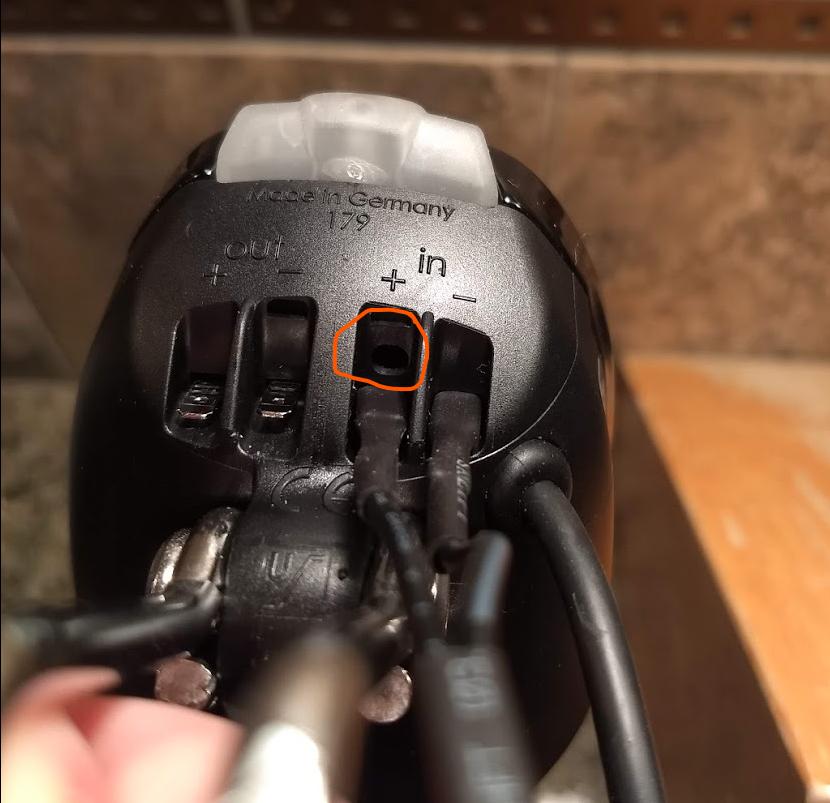 I now suspect this is a vestigial hole.

I took apart the older version of the same light and found that on that one (which has a 2-conductor cable leading out from the hole), the wires inside are actually soldered onto the back of the main board. I could not determine where the current went along the board from that point, as I was only looking at the back side through a tiny slit.

Clearly they were there, factory installed, for some purpose in prior versions -- maybe a pigtail end for directly wiring the power or tail light. That doesn't seem to make sense since there are spade connectors for those, but maybe that was an option earlier.

I think they are no longer attaching anything to the board inside, and the hole is there because that's how the light lower shell is manufactured, though that still doesn't make a ton of sense to me since it seems like making that hole might involve an extra step after molding. (It sure is clean and precise.)

I'll put a dab of silicone on that hole before I finish the install since there's no point in having extra place for potential water ingress.

EDIT: I took apart one of the newer lights and got a better look at the solder pads to which that terminated wire is attached in a prior light. You can clearly see they've got some kind of connection down around the board to where the main AC / hub power connectors usually attach, so presumably this was a way to wire the light if one chose to solder on a wire or connect up to a factory-soldered lead (I don't know which, but suspect the latter since why would an OEM solder leads then not use them when crimping spade connectors takes 2 minutes?) 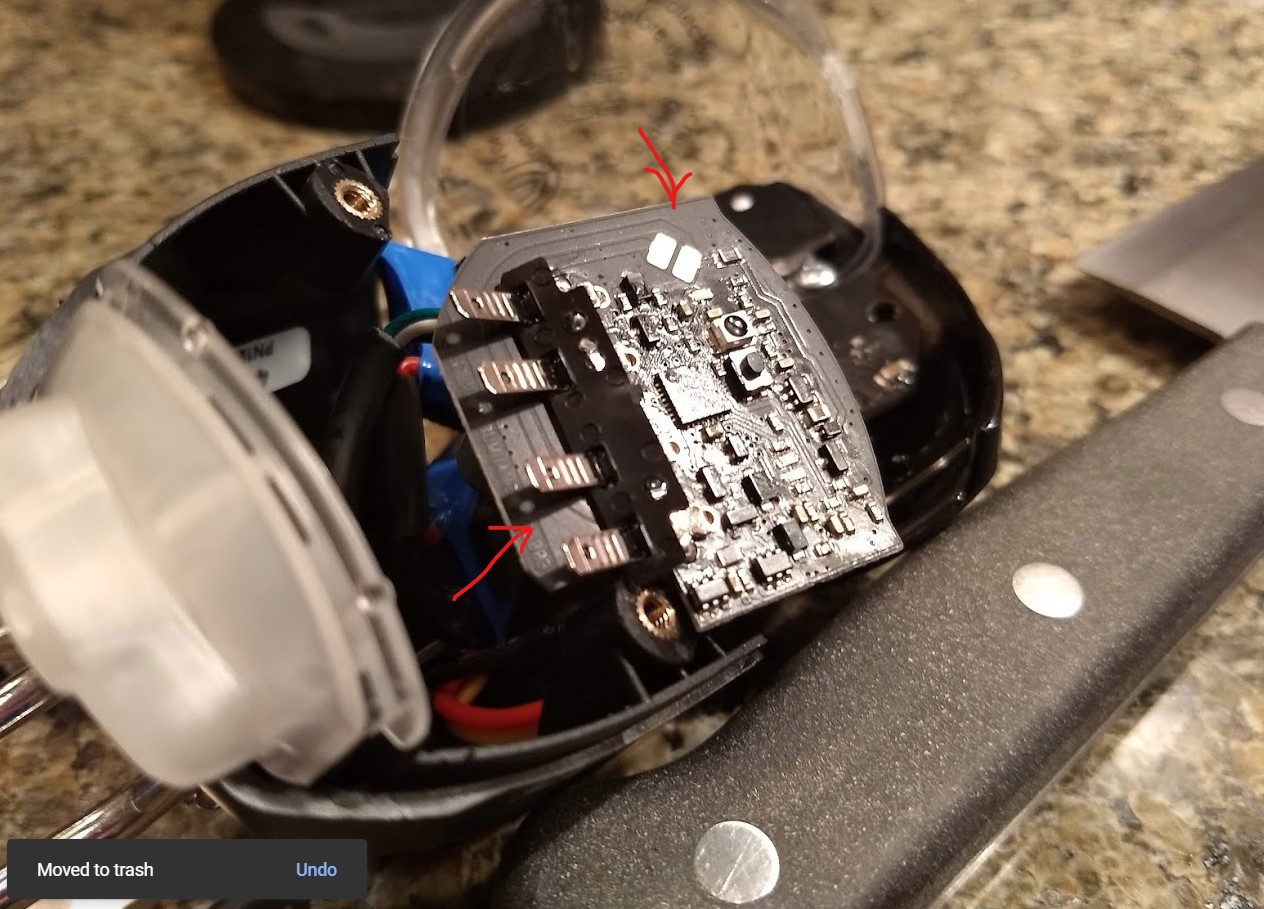 4
How do you repair or lengthen a B&M Luxos Control Cable?

2
Flickering light, Lumotec IQ Fly Senso Plus with SON hub-generator
11
Correct angle for front light?
1
How do I adjust Luxos IQ2 mount?
4
Light brightness indication
2
Dynamo light without rear light connected?
0
Replacement battery for Cygolite Milion light?
4
Is this a bike light and how do I turn it on? (I know it sounds stupid)
4
How do you repair or lengthen a B&M Luxos Control Cable?
2
Dynamo Rear Light Problem