I've just been installing a shimano un26 BB and snapped the non drive side plastic cup. BB doesn't budge (so it's good I guess), what should I do to address the other side, cup can somewhat screw in. 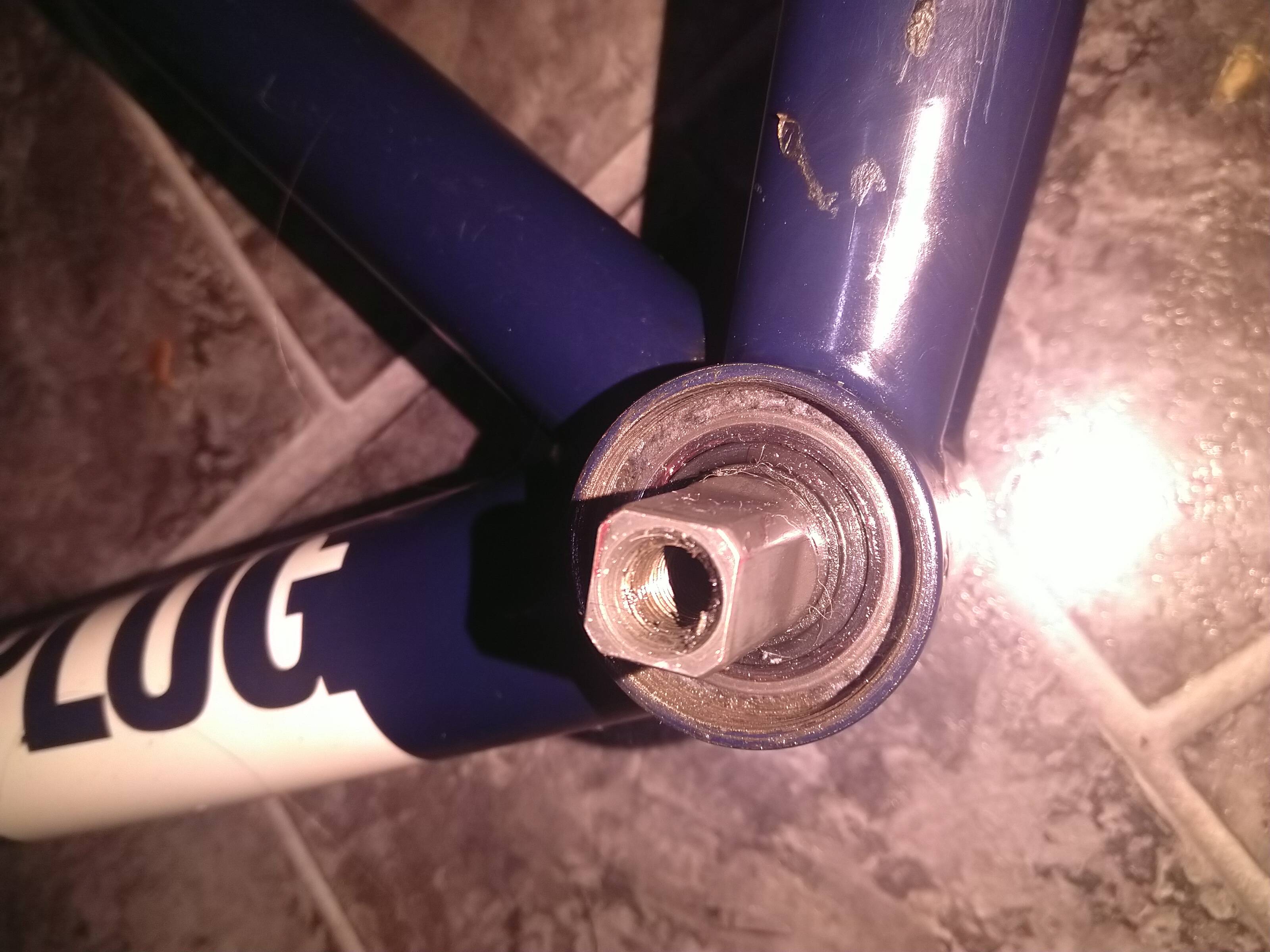 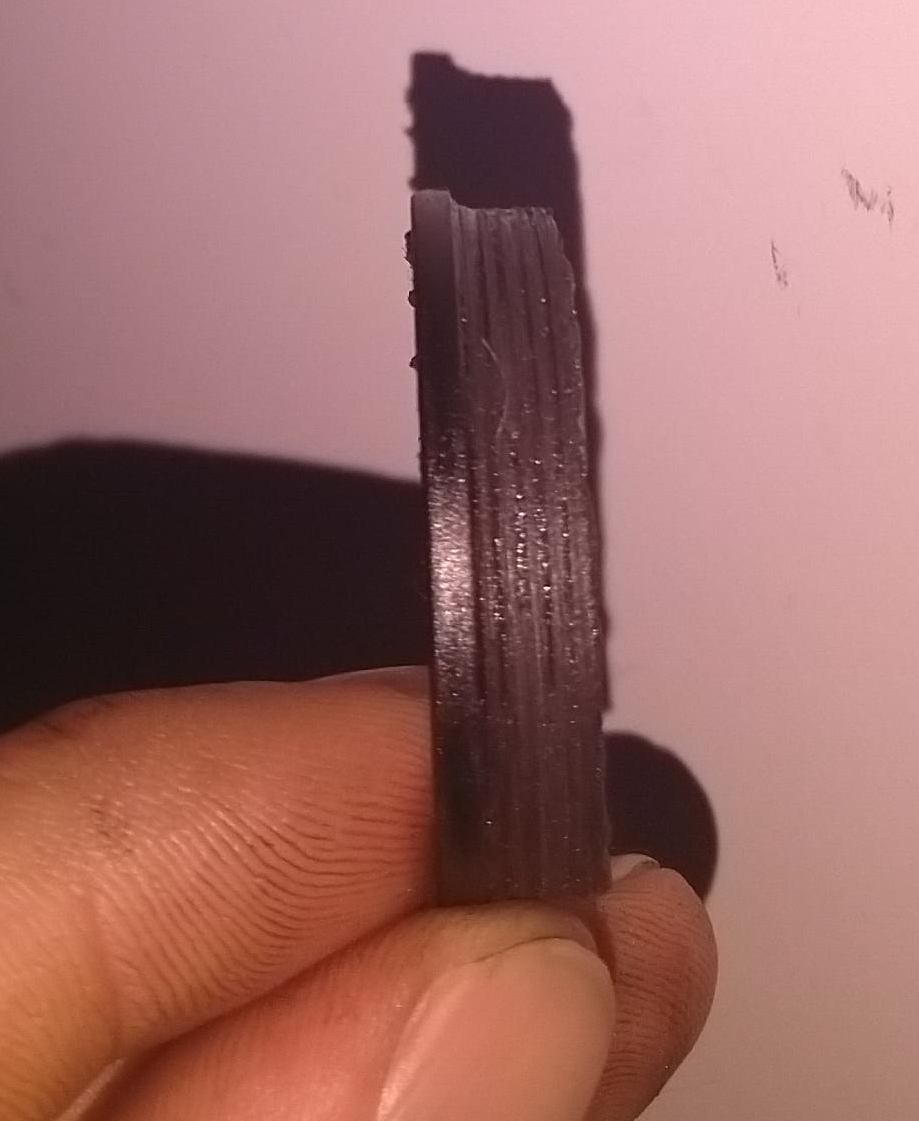 I am unable to remove the bottom bracket, the part inside the frame has secured it. Would it cause me issues if I ride it like that? Does anyone have experience regarding this?

So theres a cartridge Bottom bracket unit installed in the bike frame, and the spacer on the left side has sheared leaving some-amount of the lip screwed in and working, but not easily removable.

And the cartridge is not fully seated on the right hand/drive side.

If the cartridge is in the frame enough to give you a good chainline from the chainrings to the cogs at the rear, then you're probably okay to ride. The internals of the cartridge do the real work, and the left/NDS is under less load than the right hand side but it still has to resist/transmit the left leg's input.

Downside of this approach is that in a few years, it will be extra-hard to remove the plastic remains, and they won't have as much body/thickness/meat to resist squashing loads and will deform some amount over time. This will mean the threads on the righthand/drive side are under cyclical stresses and may get damaged.

If the chainline is off, you'll have accelerated chain wear, and increased chain drops probably to the inside. In this case, I'd unthread the cartridge, and then try unthread the plastic stub until you can get a good chainline.

If the remaining plastic is damaged, I'd weaken it with a fine hacksaw and then use a cold chisel, punch, or a flathead screwdriver to snap it out. Take the cartridge and stubs of plastic into your preferred LBS and ask if they have an aluminium spacer - many good LBSs have junk like that in the spares drawer. If not, buy another new cartridge with an aluminium spacer, and remember to save it - they rarely wear out.

Personally, I'd get a new spacer of aluminium, even if it means buying another cartridge.

I suspect the plastic support snapped because of one or more from:

Figuring out how it happened is key to not doing it again.

I've had something similar happen, but for me it was the drive side of a cup/cone and it was worn out. The outside of the cup dropped, all the balls scattered down the road. Ended up using a hacksaw to carefully remove the hardened steel piece, and fitted a BB cartridge after cleaning up the threads and swarf.

Not the answer you're looking for? Browse other questions tagged maintenance or ask your own question.

9
Trouble getting the right cup and cone hub adjustment
3
Bottom bracket square taper (cartridge) extraction, too tight in one side
3
Bottom bracket bearing issues
0
Can't get the drive side bottom bracket cup out
4
Shimano Bottom Bracket LHS cup - splines all worn off. Removal tips?
1
Outboard bearing bottoms bracket (hollowtech II) - assessment of wear and lateral play, lifespans & when to replace?
6
How to remove a seized & snapped bolt and extractor from a welded titanium cage boss