Anyone seen a hollow crank spindle cut through by an internally-routed derailleur cable?

I just want to share a recent observation, but I have to pose it as a question.

A person showed me an FSA Gossamer 30mm hollow crank spindle broken into 2 parts. The break looked almost as good as a machined cut from a lathe. He explained that his frame has internal routing of the gear cables, and that having changed the rear gear cable some time ago, eventually the gear cable wire had sawed through firstly the plastic sleeve cover, then finally the spindle.

Rather an expensive lesson learned here, in that he needs to replace at least the right crank c/w integral spindle. I just wanted to document the occurrence which may help others in future.

As clarified in comments, this frame appears to have a 30mm spindle crank with a bare derailleur cable somehow routed internally through the bottom bracket. I surmise that maybe the cable didn’t cut all the way through the spindle, but it might have abraded through the spindle enough to cause a stress riser and later a fracture.

While I haven’t worked on internally cabled frames, my understanding is that most current designs should use full internal housing, I.e. cable housing is pushed through openings in the frame, rather than leaving bare cable. I am not sure how the routing was done on this frame. I am also a bit surprised to hear that bare cable was rubbing against the spindle. If you aren’t routing full housing through the frame, I would imagine there has to be a cable stop to keep the cable under tension. If the frame was designed so that the cable was actually in contact with the BB sleeve, then that does seem like a very elementary error. Basically, I have not heard of this particular issue, and I am surprised by it. It sounds like something might be missing from the story.

While I’m not a frame designer, it does seem like many metal BSA shells with a 30mm spindle would have little room for internal cables or wires. Frame designers may choose to route hydraulic hoses externally at the BB, I.e. the hoses enter the down tube, then exit around the BB, and either re-enter at the chainstay or just get zip tied to the chain stay. One example is the 2021 Trek Domane aluminum bike, photo below from a review by Cyclingtips. 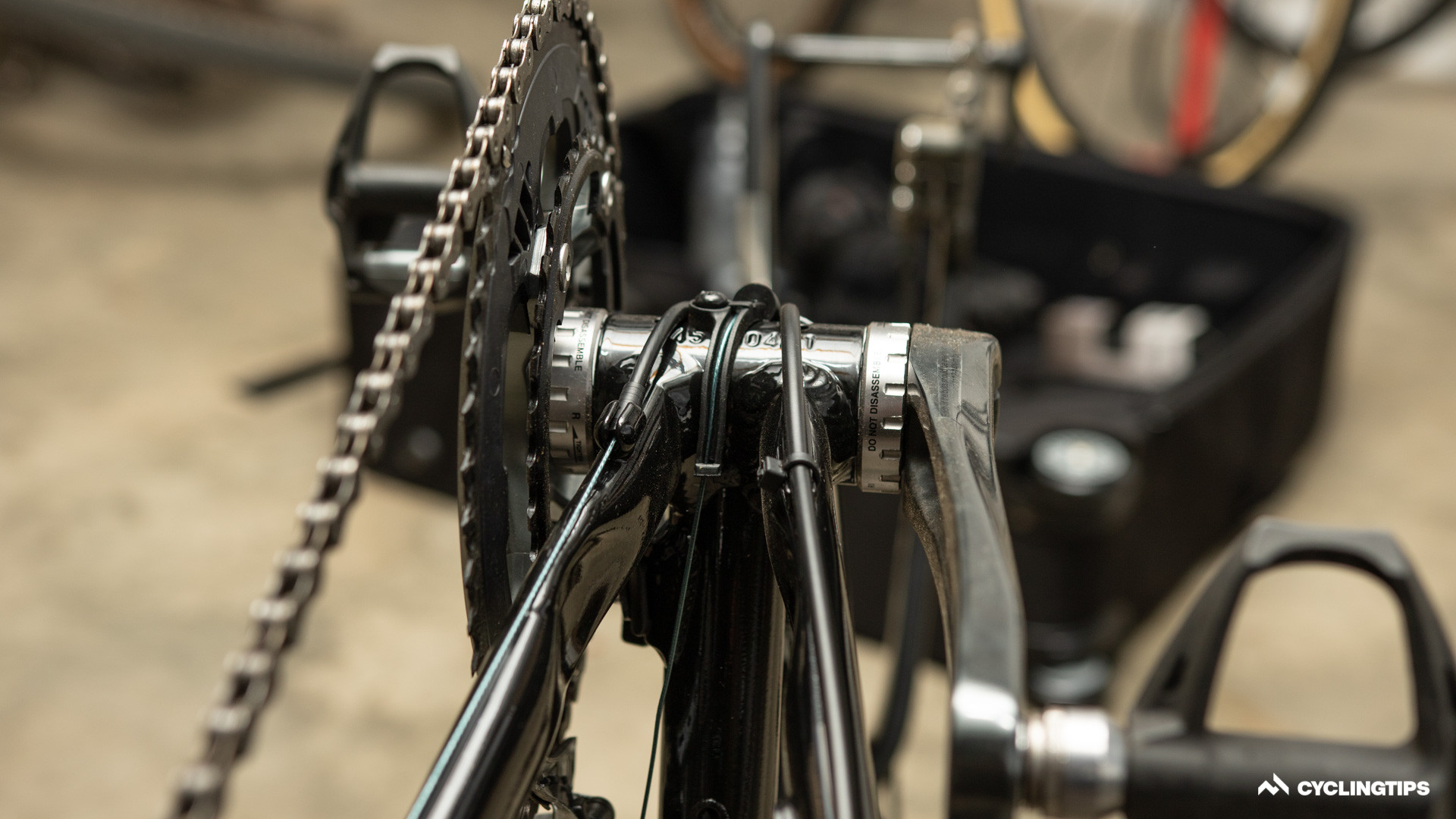 In general, if you have housing against bare metal or carbon, then if the latter is moving, you introduce the risk of fretting. With some current generation frames with fully internal cables/hoses that are routed against the fork steerer, I wonder if this will become an issue over time. At least some bike reviews on Cyclingtips have raised this as a possible issue, although I forget which ones. That could be solved by putting some sort of foam or rubber insulation against the house or cable housing.

Not the answer you're looking for? Browse other questions tagged bottom-bracket cable or ask your own question.