Damages to LED from accumulated snow?

On my bike the rear light is a LED integrated in the fender. The gap between the LED group and the tire is quite narrow. The make is the same as in the picture below. 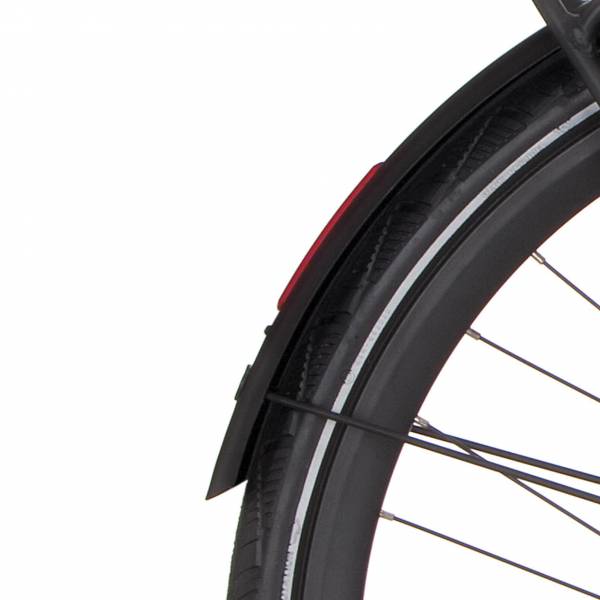 From the last time I cycled onto snow (with a different bike), I remember that quite some dirty ice can accumulate between the fender and the tire.

Can the accumulated dirty ice permanently damage the integrated LED?

The LED group needs to be waterproof anyways, and it needs to withstand dirt that's thrown at it from the tire at quite some speed. Snow won't penetrate any further than water. Also, since the fender looks very plastic to me, it won't be attacked by the salt that your city may have used to clear the roads.

As such, I believe that your LED should be perfectly safe and won't be killed by any amount of snow that you choose to bike through.

Cables may be a different matter as blocks of snow can tear at them in ways that water can't. But as long as the cable to your rear light runs straight up in the middle of the fender, that shouldn't be an issue.

Not the answer you're looking for? Browse other questions tagged lighting fenders snow or ask your own question.

14
How to prepare oneself for riding in the snow?
18
How do belt drives perform with snow?
9
Snow Tire Wraps for Bicycles
1
Hybrid Fat/Snow Bike
1
Shimano Hub LED lights working sporadically
16
Bike choice for snow commuting
2
Attaching LED strips to bike
3
Effect of reducing tire pressure for riding on snow
3
Anyone tried to brush mud/snow in rear-wheel while on ride?
4
Can I get a bright rear light using AA batteries, or is there a compelling reason why nonreplaceable batteries are so widespread?