Not a big bike person so my information could be wrong. My bike tire leaks air whenever I fill it and I know its coming out of the valve hole. I did some research and found that its a presta valve so I looked up how to replace it on youtube and for all of the videos the smaller threaded part is a separate piece from the larger diameter part but mine is all one piece.

Is there any way to fix this or do I need a whole new tire/wheel? 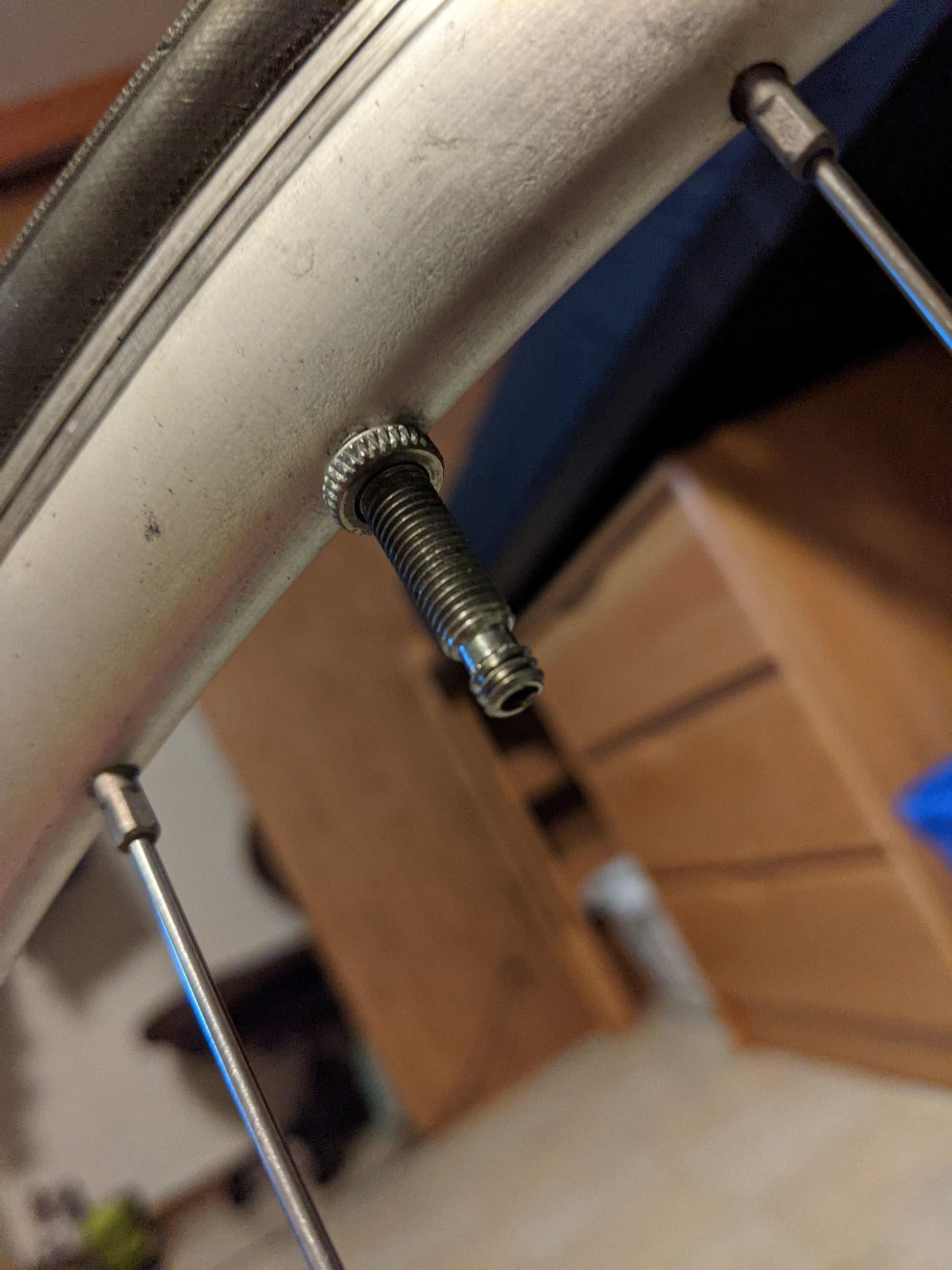 The valve is broken. You need a new inner tube. A new tube will cost $5 to $10, and most bike shops will charge $5 or so to change it for you. It's something you need to be able to do anyway. They'll probably show you if you ask.

I will complete @Mike Smith's answer, which is correct (in that your valve is indeed broken) but does not explain why you can find videos which explain how to repair a presta valve.

First of, although it is most likely to be a presta valve, it can actually be a Regina (a.k.a. Italian) valve, which actually look like broken presta. You can see picture of such valves on this page (in French, but well, there are picture). If your bike is Italian and old, it might have such a valve, but most likely, it is indeed a presta. In Regina valves, leakage is prevented by a small metal cap that you screw in the hole (which pulls up a screw, the rest of the mechanism is similar to presta valves). If you have such valve, you have to find the missing cap.

But most likely, you have a presta valve. Presta valves used to be repairable, until around the 70's/80's (here in France, maybe sooner/later in other countries). Actually, you could both change the tip of the valve (the "Obus" in French, see here) which was simply screwed on the core of the valve; and completely change the valve, which was screwed on the tube (in this picture, you can see a replaceable valve, out of the tube, note that this valve is replaceable, but the tip is not). (If you plan to travel with your bike, it might be a good idea to bring such replaceable valve).

Nowadays, such valves are quite uncommon, especially on cheap/regular tubes. If you find one of those, I definitely advise to keep it, just in case (e.g. if you break a valve on a correct tube, you can carefully remove the valve and replace it, even though it is not intended by the tube manufacturer). They can typically be found on old randonneuse bikes with 650B wheels.

Not the answer you're looking for? Browse other questions tagged repair valves presta or ask your own question.