Consultation needed! To repair or throw out? 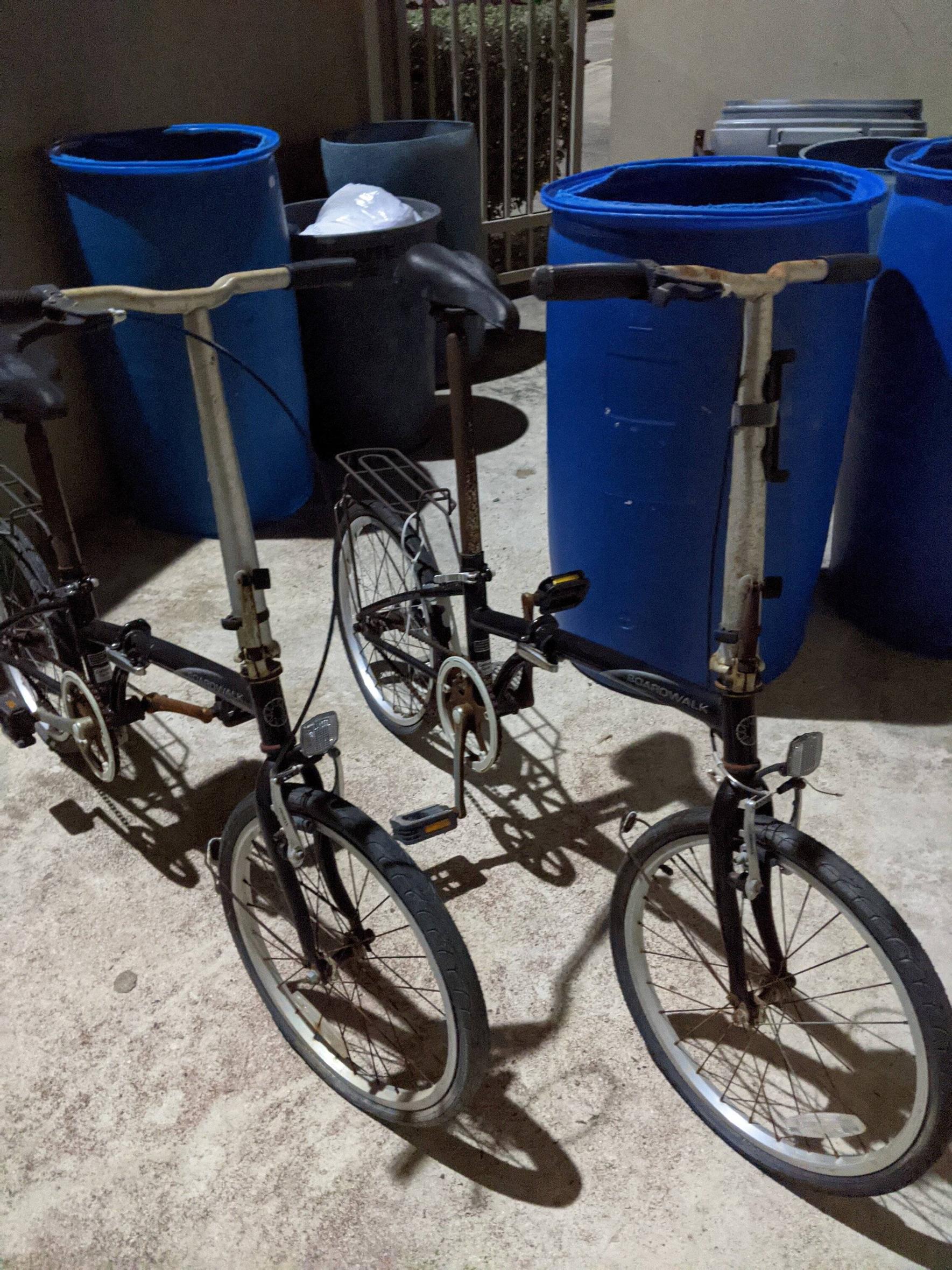 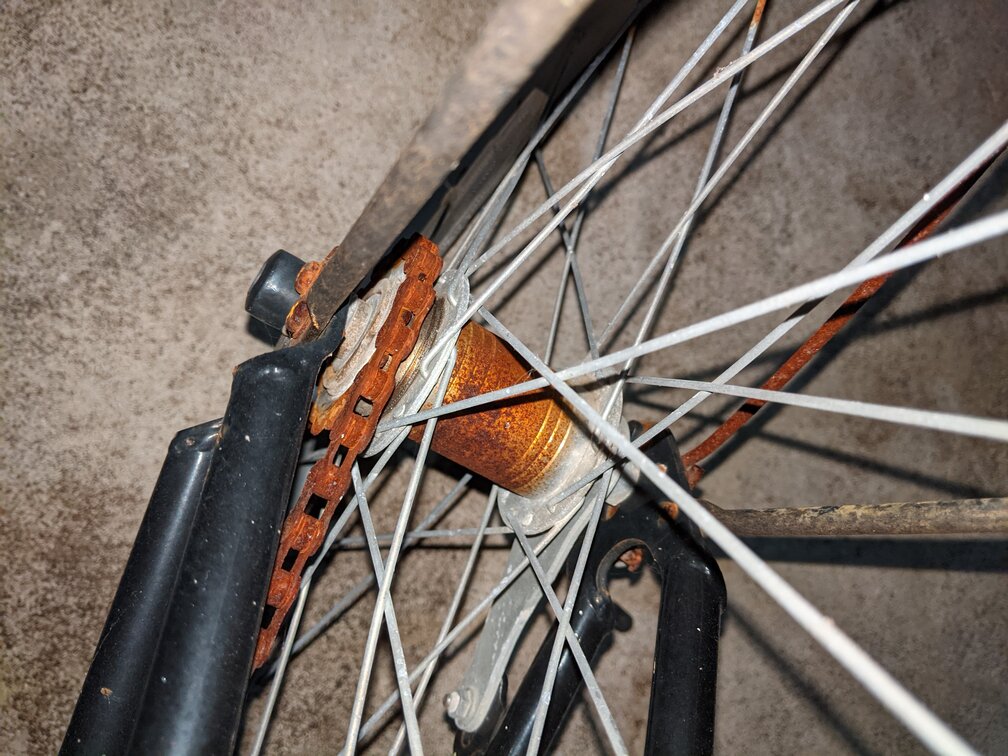 i found these two bikes by the dumpster- Dahon Boardwalk folding bikes. They are totally rusted by the salty air (it's a humid salty beach climate). The chain is rusted and when I push the pedal, the wheel does not move. The seat post is rusted. And the folding mechanisms are rusted.

I'd want them for a simple ride, 10mins into town and back- so might be worth it to fix. They don't have to be perfectly restored. What are the main things to evaluate before refurbishing a bike?

I'm willing to put down $150 on parts. I have basic tools and plenty of time.

Based on the photos you might not need any parts at all.

The chain looks pretty awful, and is likely siezed up, but a good clean is required to see if it needs replacing. I've had some ugly chains that were perfectly functional.

Brake pads is a common age item too - they get hard with age and braking performance suffers. But pad replacements are cheap and easy.

Tyres and tubes can be affected by age, so inspect closely, and if they hold air pressure overnight you're probably good.

Grips can get tacky and feel awful, from UV. Replacements are cheap, or you can simply wrap them in tape temporarily.

Saddles age and can attract tears, but tend to last mostly okay. They're more expensive too.

As for the frame and mechanicals, the functionality is more important than its looks.

Answer REPAIR simple at first, and see if there are any show-stoppers like frame damage. Given you have two, its more likely to be a case of throwaway because too lazy, rather than both having the same terminal fault.

Not the answer you're looking for? Browse other questions tagged repair hub folding-bicycle rust or ask your own question.

13
Why are bicycle gear ratios computed as front/rear and not the opposite?