How should I finish the dynamo cable connection from SON coax to an SP connector?

Connecting a SON coax cable to an SP (Shutter Precision) Dynamo "lego brick" results in exposed wire. How should I protect this and tidy it up?

Second question: how do I know the wires have been put the correct way round? 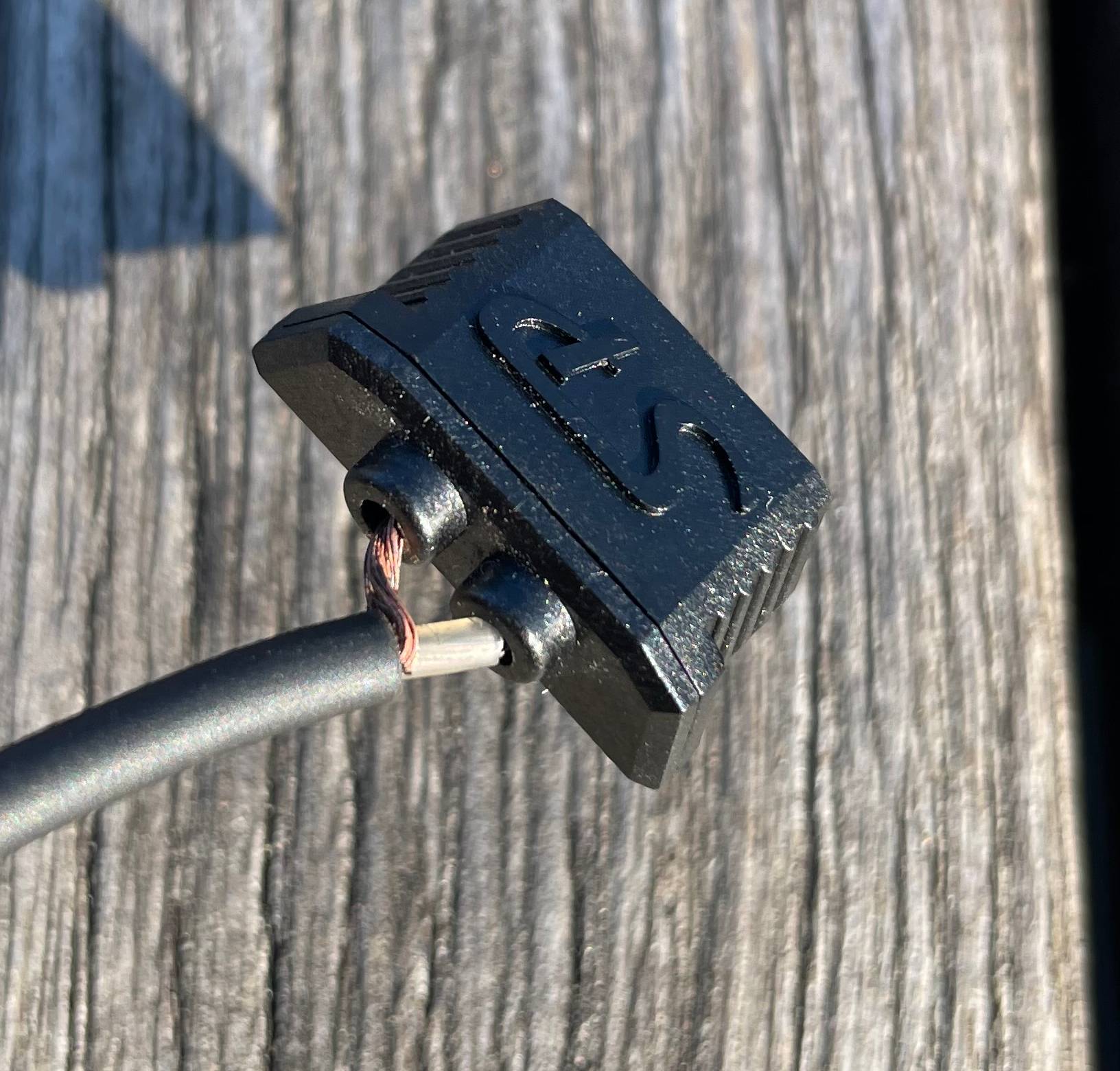 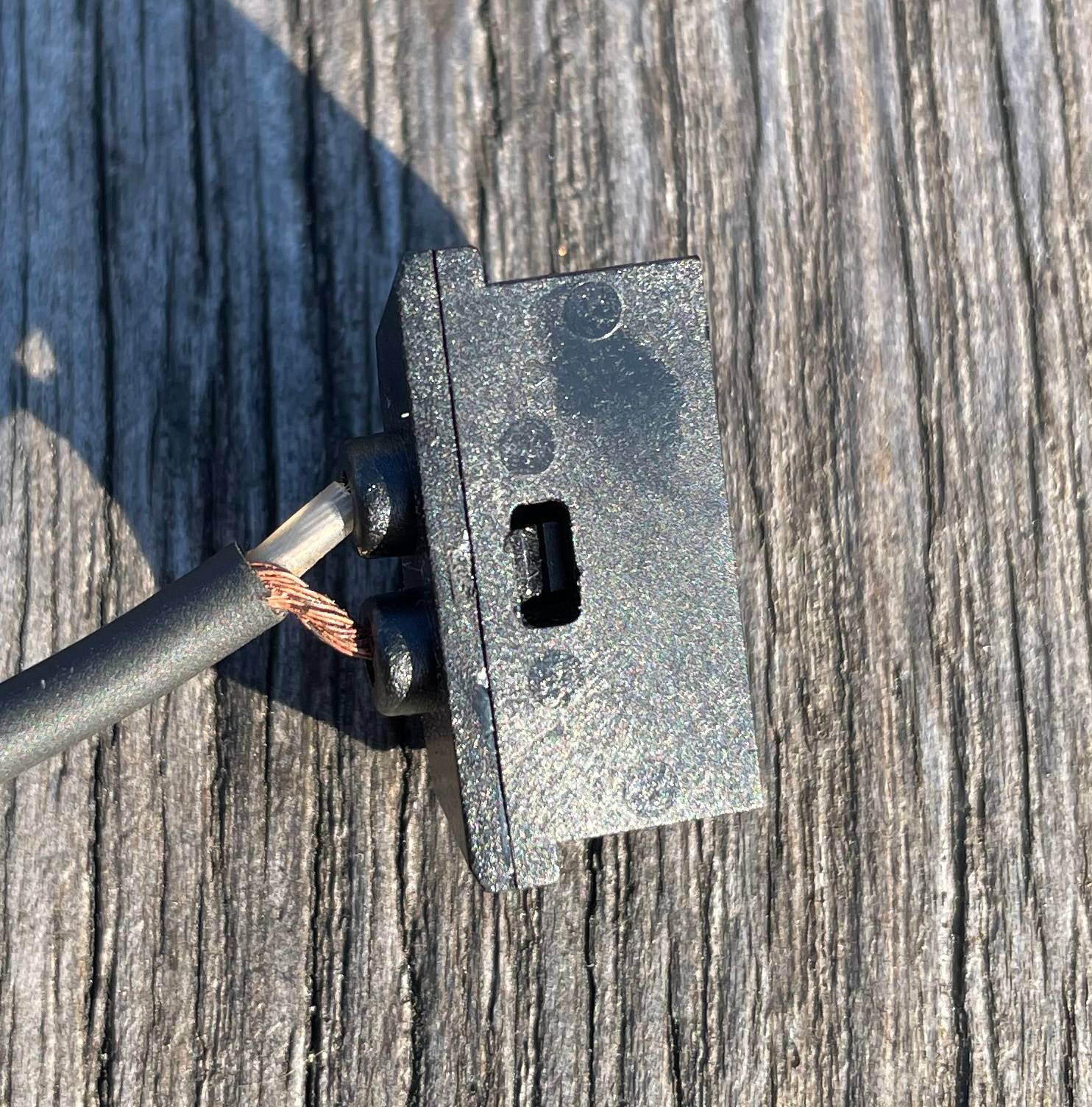 You don't have a choice about needing to cover the bare strands. So you are going to need to get a piece of heat shrink for the outer that when shrunk will be able to play nice with the hole in the connector. The connectors are only a few dollars if you screw one up (aside from the hassle of getting a new one) so I think the answer is don't be shy about using a teeny drill to enlarge the hole as needed. Before shrinking on that piece of heat shrink, you're going to take a larger piece and put it up on the full-section wire to cover the split part. Put it out of the way, shrink on your piece that covers the bare strands, then bring the bigger piece down and shrink that on in the area where it splits. The clear part is fine to be out in the world.

For the polarity question, presumably you are asking because this is a piece of Schmidt coax that's integral with one of their lights. In that case the outer is the ground.

Edit: I didn't think of this earlier, but another way you could do it without having to do anything "weird" would be get some normal one or two strand wire and then a matched set of spade connectors, 2x each male and female, then install the wires into the connector as it intended and put the male spade connectors on the other end, then prep the Schmidt wire the same way you would as for a Schmidt hub. There are B&M male and female spade sets that have a double crimp that prevent stress at the wire crimp that would be ideal for this.

3
Should I replace both wheels/rims if I convert the front to a dynamo hub?
8
How to waterproof Shimano dynamo connector?
1
How to choose the light bulbs for a given dynamo