brake seems slack but pad is already close to rim

This is a v-brake. I have to press the brake lever all the way down for the bike to stop, but if I try to adjust the brake arm by pulling cable out a bit more towards outside, then the pad would be touching the rim already. It seems the cable has some slack inside the tube or between the brake lever and brake arm? How do I adjust this? 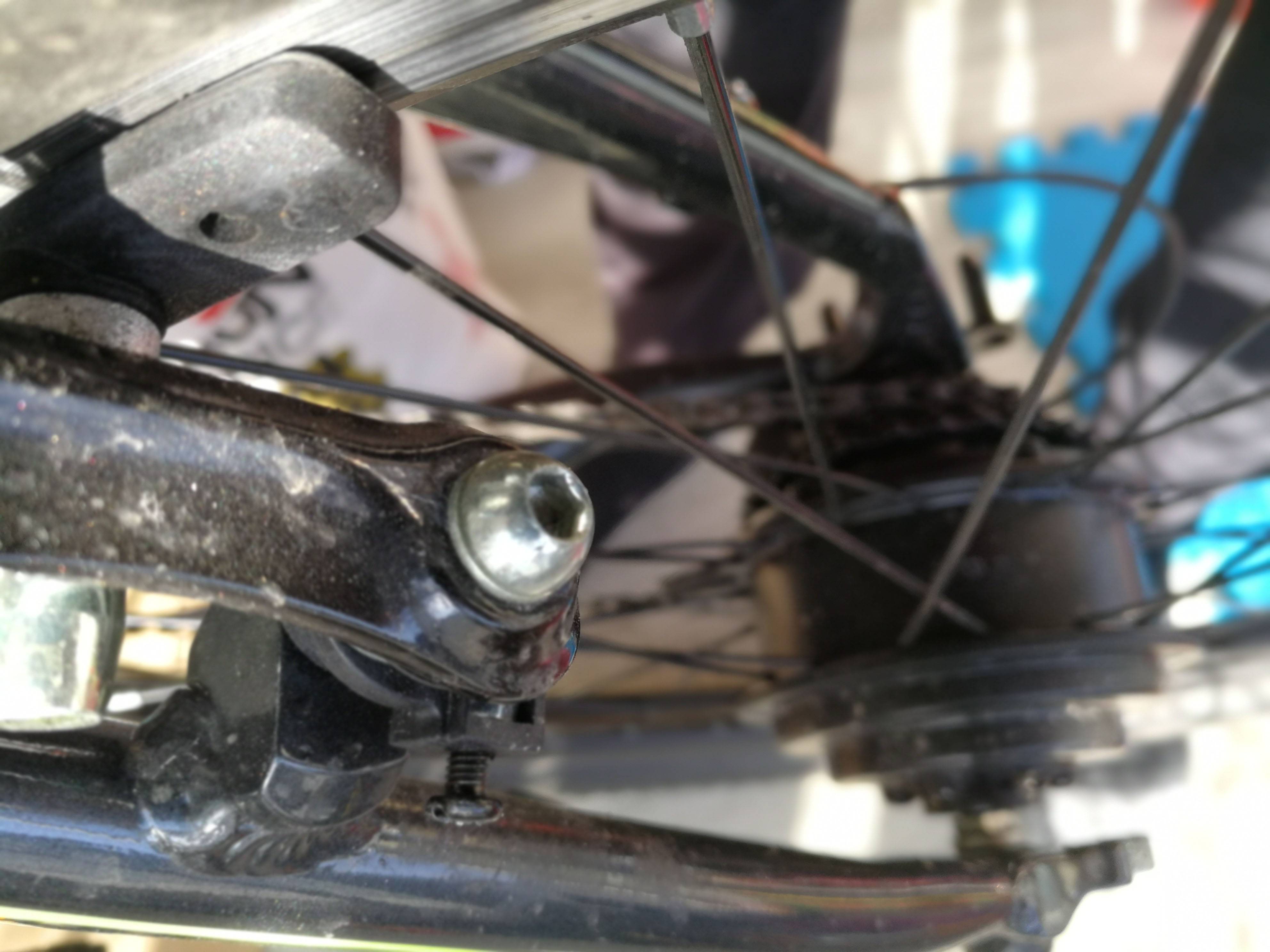 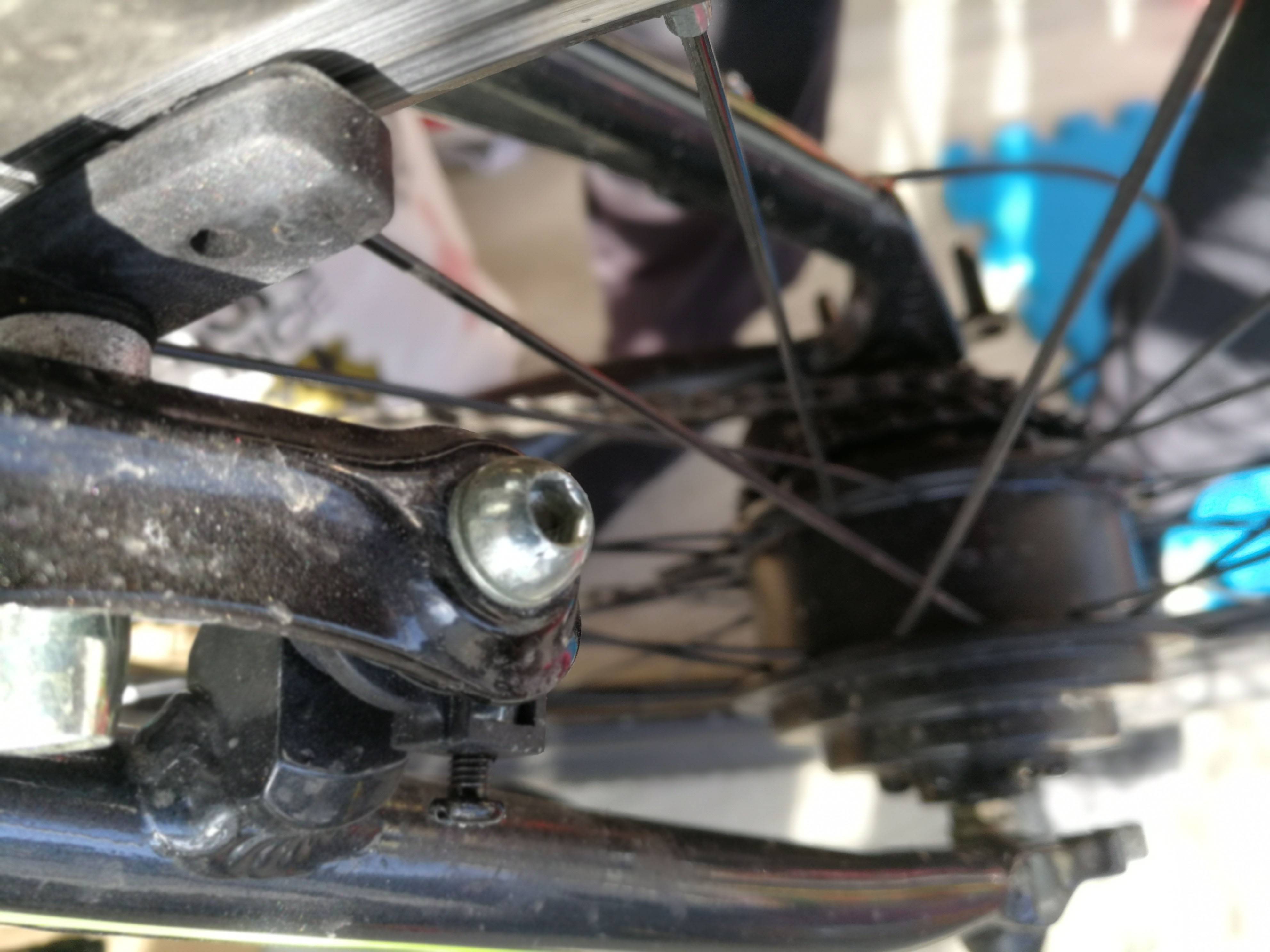 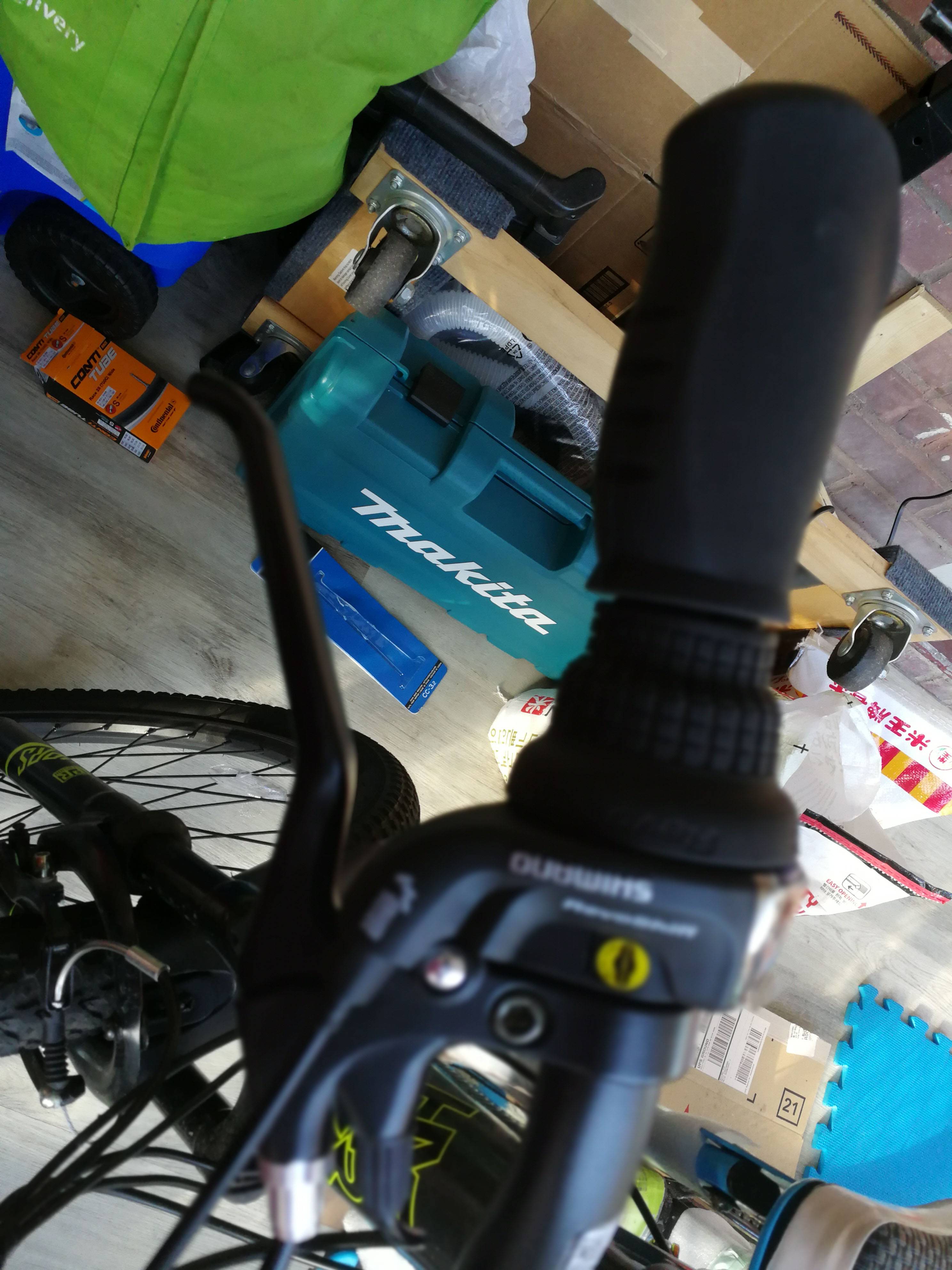 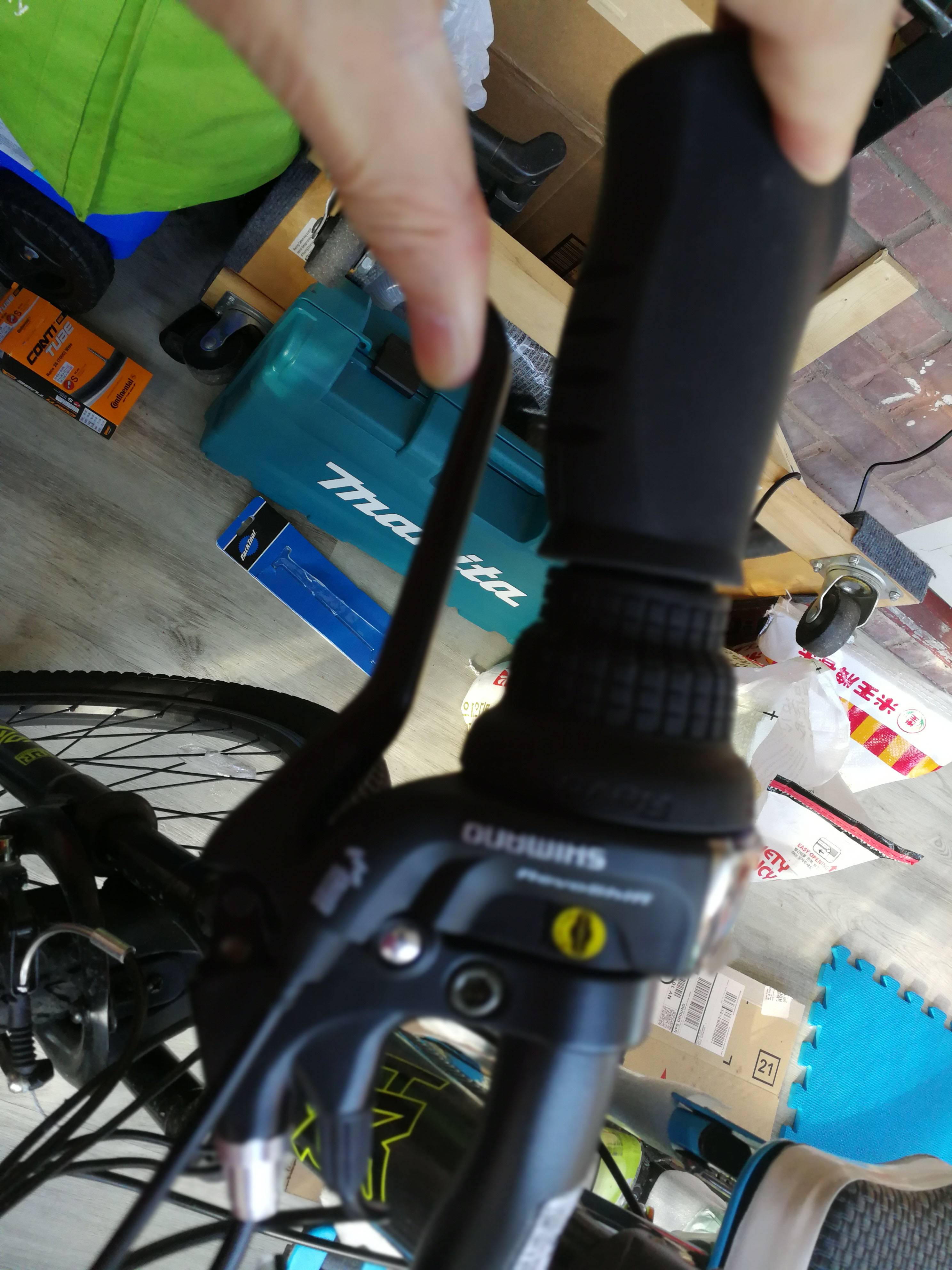 In addition to all the points Jeff is talking about in his answer, there may be a simple mismatch between your brake lever and the brake: V-brakes require the brake lever to actually pull the cable a fair distance, much more than other brake systems require. As such, if you combine a V-brake with a lever intended for some short pull brake, you will simply not be able to move the brake pads far enough.

The classic cause for such a mismatch is when your bike has been reconfigured from cantilever brakes to V-brakes some time ago, but it may also be caused by someone installing a new lever without being aware of the pull length issue.

If this is the case, the only remedy is to install a V-brake lever. You may check your brake lever whether it is actually configurable to act as a long-pull lever, but most brake levers are not configurable. Thanks to Artefacto for pointing out that there are also pull length converters. These replace the noodle of a V-brake and adjust the amount of cable action.

There are a few possible reasons why you're experiencing poor braking performance of a v-brake system. You relate that at least one side's pads are close to the braking surface already. Are the two sides balanced? Are the pads at a start point from the rim that is the same distance--which should be 2mm or a little less. If pad spacing is unbalanced, the adjuster screws are usually at the outer base of each brake lever arm where the brake lever installs on the bike's brake boss. The screw is usually a phillips head but can also be a hex head requiring a 2-3mm Allen key and there's one for each brake arm. Clockwise rotation of the screw will pressure the arm's spring making the pad move away from the rim. Counterclockwise rotation will make the pad on that side move closer to the rim. When you manipulate the screw on one lever, the effect on the pad opposite the lever you're on will move position relative to the rim the opposite way of the manipulated side. In other words turning the right rear brake lever's adjusting screw in, clockwise will cause the right pad to move away from rim while the left is brought closer to the rim. So check the pad balance at the starting point.

Your information about cable tension is a bit ambiguous as a brake pad gets too close would infer there's appropriate cable tension, but then you go on to state it seems as though there's slack in the system. Using the barrell adjuster at the lever (the cylindrical piece where the cable leaves the lever) will adjust cable tension to some degree as well as pad spacing relative to the rim. Counterclockwise rotation of the barrel adjuster causes increase in tension to the inner cable and that will make the pads come closer to the rim. Conversely, tightening or winding in the adjuster slackens the inner cable and the pads may move away from the rim. If you run out of adjustment with the barrel adjuster and there is still insufficient cable tension, the cable pinch bolt will have to be released and slack drawn out before tightening the pinch bolt back up. This should be done with adjusters back to baseline, which is 1-2 turns out from fully in.

Try to increase the cable tension by counter-clockwise rotation of the lever's barrel adjuster after you've first determined the pads are equidistant from the rim. Park Tool's tutorial on V-brake set-up has excellent advice on adjusting V-brakes and should be consulted if the above maneuvers fail to improve your braking. A couple things to highlight: you must make sure your brake lever is compatible with v-brakes. It must be a long-pull lever or be set-up for long-pull, linear brakes. I say set-up for because some brake levers can be set up for short or long pull depending on how the cable is mounted in the lever as well as the cable holder's orientation within the lever. So, lever to caliper compatibility must be confirmed. The caliper arms are mounted to the frame on the bike's brake boss, AND next to the boss are one or three holes that the caliper arm's spring end must be engaged in for proper function. It is best that both caliper arm's spring pins are in the same hole if there is three options. Middle is the most frequently used position of the three. Sometimes, especially on forks, there may be only a single hole for the spring. Confirm each lever arm spring is engaged in the hole.

9
What is the actual cable pull of brake levers?