How to fix a kickstand that slide?

This is the kickstand of my folding bike, and since the day I bought it, the kickstand just don't stay in place. It move around the bolt a tiny little bit, and from time to time it touches the crank arm when closed making noise while pedaling, and don't sustain the bike as good as is suppose to do when opened. I temporary fix it by kicking it with the foot to push closer to the wheel. I tried to put a piece of rubber in between (you can spot it in the picture) to increase the friction between the plates, but it still moves around, no matter how tight is the bolt. There is something I can do about it? Thank you! 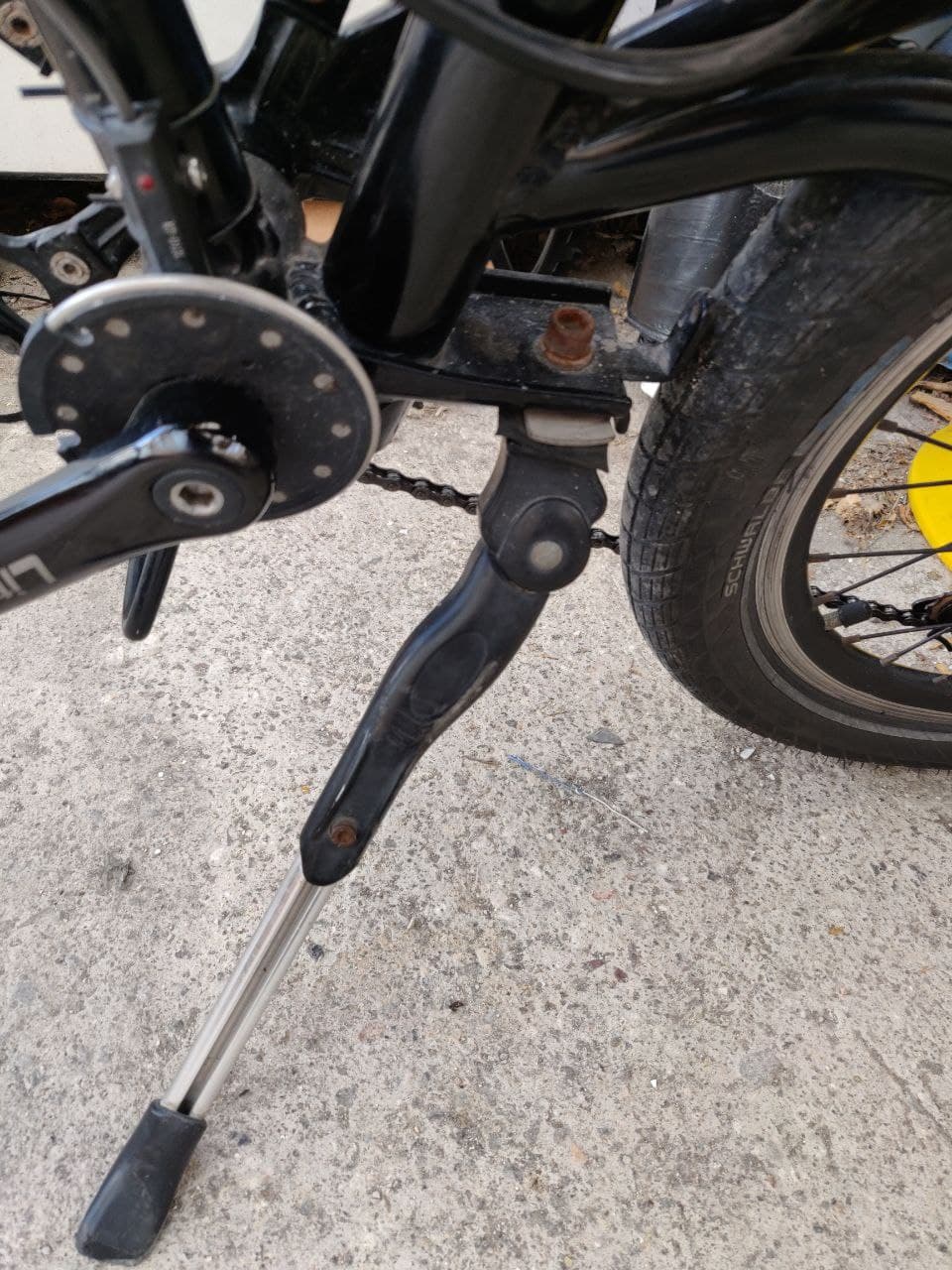 Your frame came kickstand ready. The bracket and hole are part of the frame. On your installation it appears they installed the top plate for a frame that is not kickstand ready. Not only did they use the unneeded plate but it is in the wrong place. I would remove the kickstand remove the rectangular silver colored plate. The kickstand should line up with the bracket on the frame. Tighten the allen head screw and you should be fine. If need be a drop of thread locker on the screw will keep it from loosening.

What you need is a locknut. It has a rubber ring on the side facing the screw end, and that rubber ring prevents it from getting loose.

Take your screw to your local hardware store in case you do not know its size. then just tighten the nut properly.