Is there a way I can make my bolted-on accessories quick release?

I'm looking for something that allows quick removal & replacement of accessories like lights or screens that come with a hex bolt, philips head or similar fastener similar to the mount on this bell: 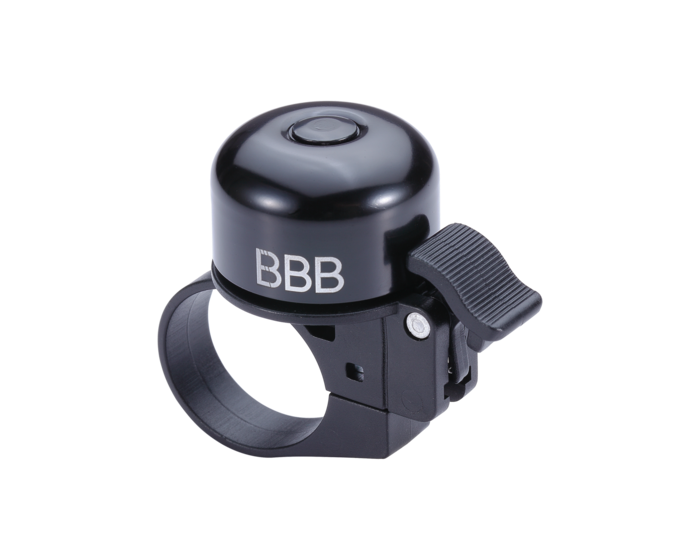 One possibility I thought of would be cutting a hole through the front of the bottom part of the plastic mount, a thumbscrew that could slide in & out of the hole and a washer or nut on the bottom to prevent the screw from slipping out of the hole unintentionally. I'm not sure how practical that would be though.

I think in most cases there's going to be a better solution than actually doing this, but wing bolts are one way to go. 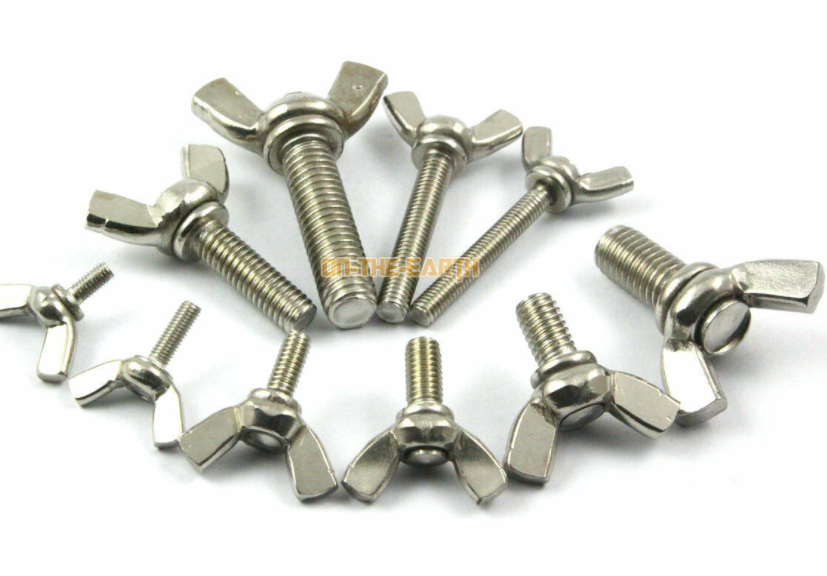 Since most of the accessories brackets in question have recessed holes for the bolts, you may need a spacer of some sort in between, like a presta ring.

Reading the question I was more thinking of bits and pieces you want to remove when you make your bike lighter for an occasional race, but securing items after your commute implies frequent removal.

Some more valuable things like lights quite often have dove-tail mounts with some kind of latch, easy to slip off and quick to re-install, and rechargeable at the office. The same goes for the GPS that sits most frequently in a quarter-turn mount. Most saddlebags also have dove-tails and are further secured by a Velcro band. Ass for bells or bottle-cages, there's probably no need to remove these when you park your bike. When commuting (as a retiree/OAP I'm no longer in need) I'd put most of the more expensive stuff in the day-pack and gamble for the other bits. The other thing would be to find a more secure parking place or together with colleagues even pressure the boss to have a bike parking in-house, quite common in Danish office buildings.

There are literal quick release screws, usually M5 and bigger. 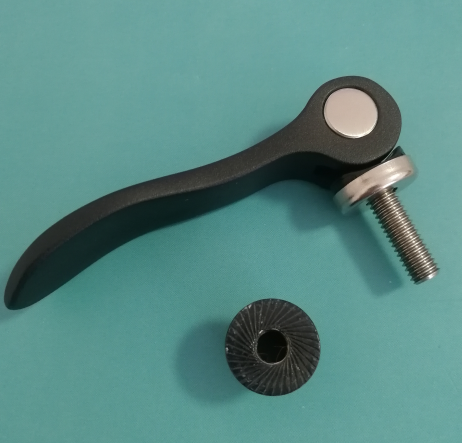 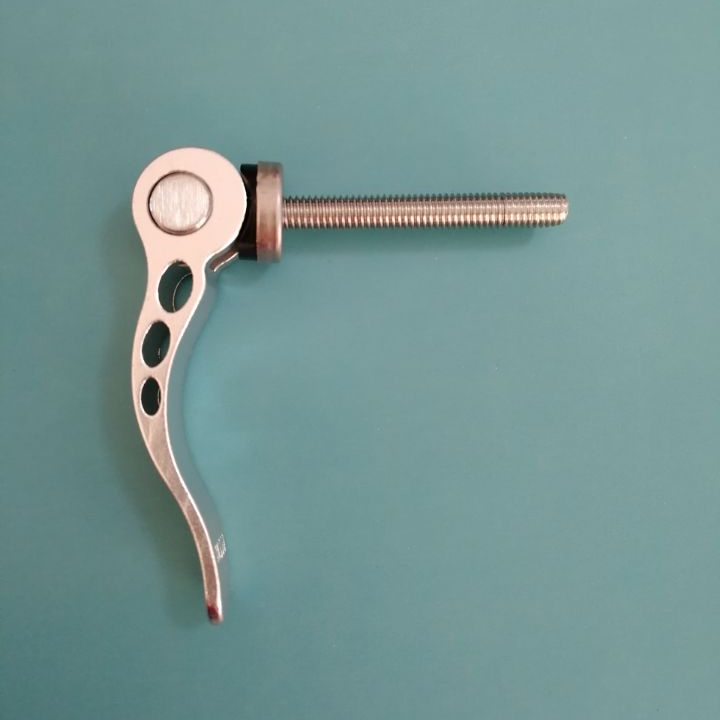 My light already came with such a system: 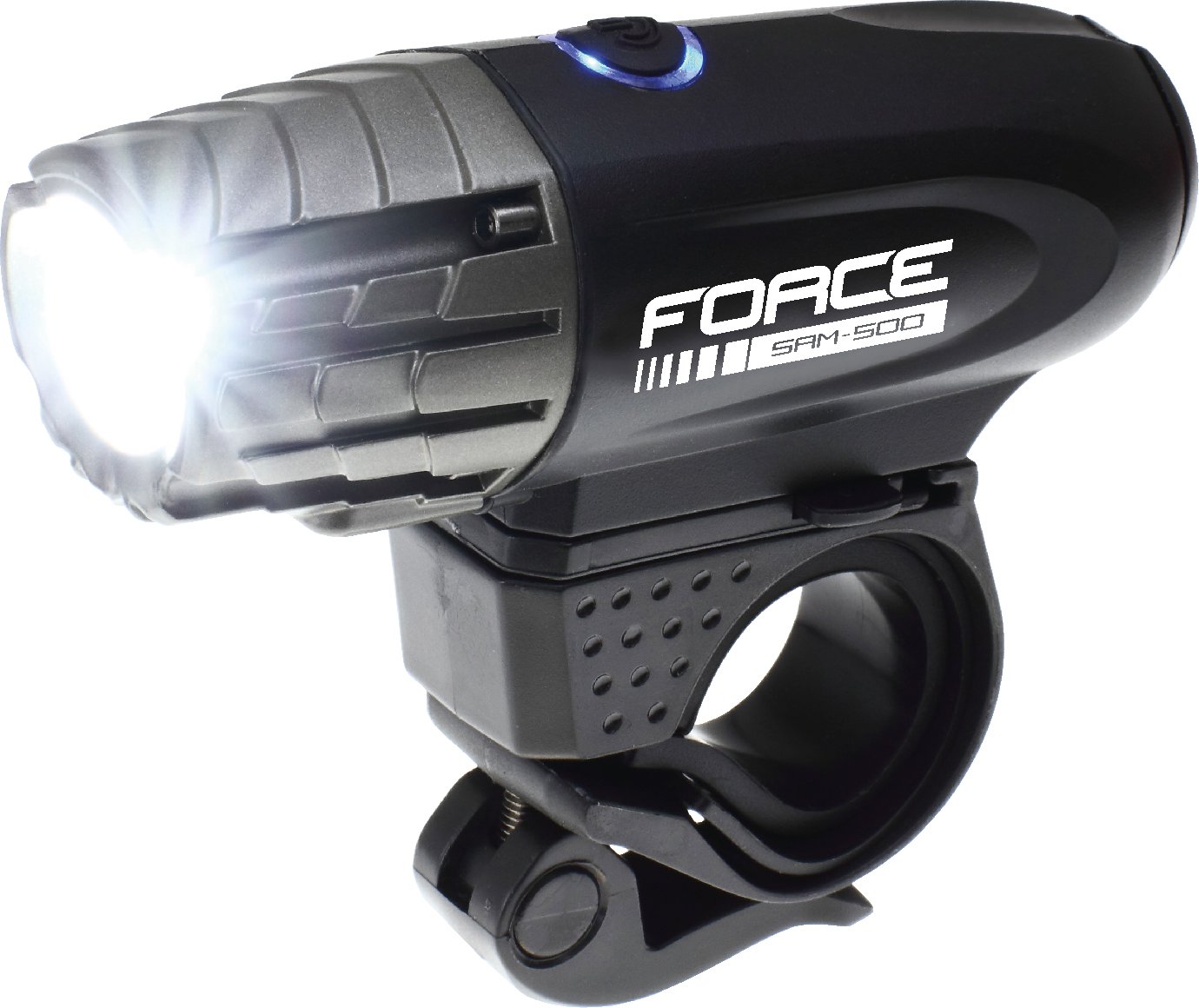 You have two paths - either take your accessories with you, or make them hard to remove.

Removing the bolts for every item every time will get old fast. And after some number of cycles you'll have worn down the threads to the point they won't be as tight, or you'll wear out the screwdriver fitting (hex/philips/slot/torx)

You could change all your items for some that have two-part mounts, with a way to unclip them and leave bare plastic fittings on your bars, like lights used to be constructed before rubber bands became common.

How far down this path is reasonable? Someone could steal your QR wheel, so do you take that? What about your QR seatpost? Pedals are only one undo away from being separated too. Take it far enough and you're locking up a bare-frame and taking everything else with you. Which leads to the ultimate of simply taking the whole bike - aim to own a folding bike and keep it with you rather than leaving it in a stand.

Make it hard to remove accessories.

High temp thread lock in the threads is an excellent way of making a bolt hard to remove. The downside is adjustments later will be difficult or impossible because the thread lock will not release until it hits a high temp, hotter than the bike and plastic parts can stand. Even copious amounts of super-glue (cyanoacrylate glue) can do the same.
Additionally you can intentionally strip the screw's head.

It has also been done to drop a ball bearing in the screw hole and use glue or grease to hold it there. Removal can be done with a magnet or a sharp pick, neither of which the average lightfinger would carry.

If your accessory is held on by a metal bracket, then brazing or soldering or welding might be a good solution.

This does nothing to stop vandalism sadly. Also, my suspicion is that a thief would prefer to take the whole bike rather than faff about stealing your bell or reflector. Those parts aren't valuable to a thief.

My favourite alternative solution to reflectors is DOT tape. Essentially reflective stuff that you stick directly to the bike, and it does the job of being a reflector without being stealable. Red in the back, white in the front, Yellow from the side.

A bell is not compulsory here, so I don't have one thus it can't be stolen.

Not the answer you're looking for? Browse other questions tagged accessories or ask your own question.

5
Most Crucial Gear/ Accessories for a (Road) Cycling Beginner?
4
Is there a "conventional" configuration for mounted accessories?
3
Rubber rings for attaching lights etc
7
What are these eyelets for on my 2015 Diverge?
1
Bike accessory: what is this for?
5
Do I need a shock-proof watch for cycling?