I have been wondering about the different types of spider (or direct mount chainrings) to crank arms and was surprised that I could not find anything spot-on about it.

I kind of know that BMX direct mount chainrings attach to crank arms differently but I am curious about the "other" types.

There is a profusion of information on the spider to chainring mounts - the outer mount (e.g BCD 110) - but not much on the inner mount - the spider to crank arm mount.

What are the different standards in place when it comes to how the spider mounts to the crank arm ? 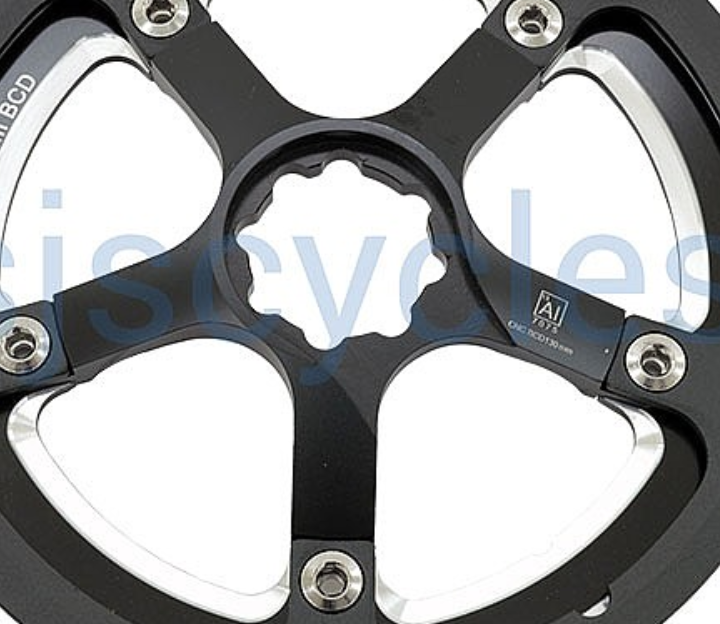 If someone wants to write an answer that really runs everything down, I would applaud that. But it would probably be out of date the following week.

What I will say is this: for the most part, every current big crank manufacturer has their own direct mount standard, for which one can buy either a direct mount chainring or a spider adapter. Shimano, SRAM, Race Face, FSA, and Cannondale are all examples I can think of off the top, and there's more. You can get in the weeds quickly these days if you get a direct mount ring or spider that's made for anything else but the specific crank and specific rear end spacing you're working with.

For the most part, there is no cross-compatibility. There are a couple cases where two different manufacturers use the same physical interface. Cannondale and FSA are like that. The spline pattern and the lockrings are the same. But what's important to understand is that even if the interface is the same, chainring offset considerations will sometimes dash any hope of cross-compatibility with using a ring or spider intended for one crank on a different one. Whether that's true and why gets into a larger discussion of the decisions manufacturers now make in making their cranks and attempting, or not, to create arm compatibility among the different rear end spacings and drivetrain types.

Wolf Tooth and OneUp both make third party rings for these sorts of cranks, and you can often figure out what you need to know from studying their sites.

We need to disambiguate some terminology first. It's obvious what a chainring is. For a long time, I think that when people said "crankarms," they meant the crank arms plus the spider - that is, the arms that you bolt the chainrings to. The arms and spiders were forged (aluminum) or laid up (carbon) together. The picture below is a Shimano Dura Ace 9000 crankset. 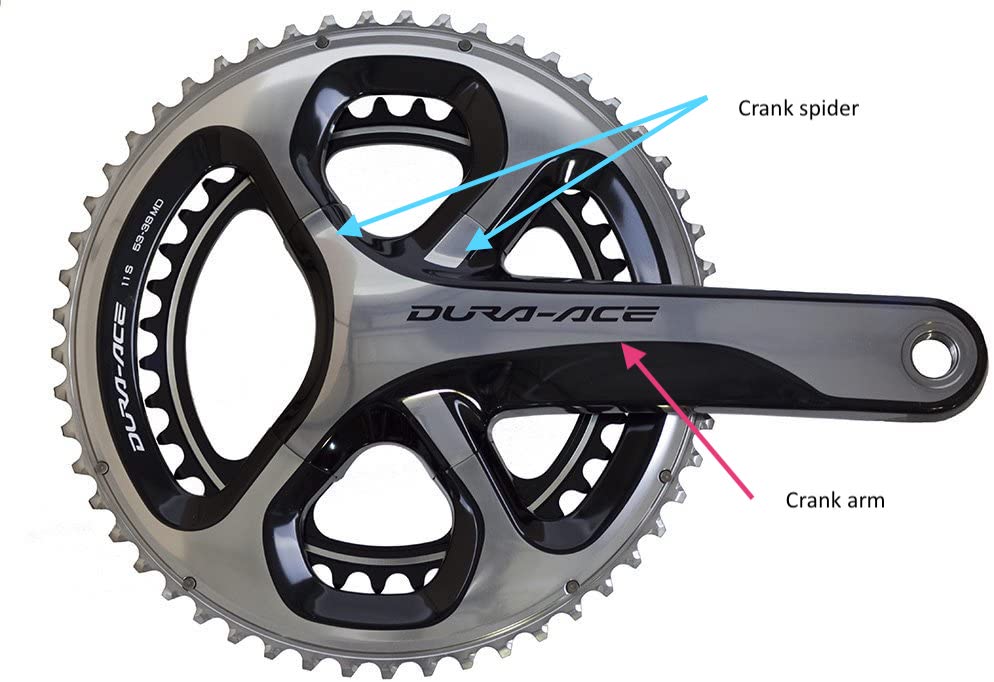 Direct mount chainrings are different. Here, the spider is forged or stamped together with the chainring. "Crankarms" in this context refers to the arms without the spider. The picture below is a Shimano XTR M9100 chainring. It fits via a splined interface to the crankarm with a lockring. 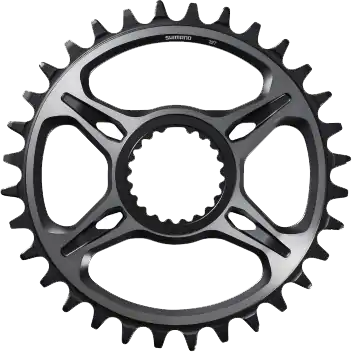 I'm not sure that all BMX chainrings are direct mount; a quick Google search shows some that would bolt to a traditional crankset (with spider). I know that direct mount is much more prevalent on MTB cranksets than on the road. SRAM has shifted to direct mount cranksets starting, I think, with their current generation of road cranksets (Red and Force 12s AXS). Shimano and Campagnolo still use the traditional arrangement.

So, broadly speaking, there are two types of cranks, the more traditional type and direct mount. For traditional cranks, the standards in question would be the various bolt circle diameters; current generation road have sort of settled on 110mm, but Shimano and Campagnolo have different 4-arm geometries. SRAM used 5-arm 110mm cranks for some time before changing to direct mount.

For direct mount cranks, the standards in question are the splined interface. I know that SRAM has one standard. I believe that Race Face and Easton, which have the same corporate parent, share a different standard. I can't remember if Cannondale either have a proprietary spline standard, or that Race Face/Easton share it (in some sense, we can also thank Cannondale for press fit bottom brackets, as they were an early mover). I am fairly sure that Rotor, which is a niche crankset and chainring maker and a proponent of oval rings, has at least one of its own standards. In their case, that standard enables you to rotate Rotor's own oval rings to your preference. Shimano also has its own spline standard.

Not the answer you're looking for? Browse other questions tagged crankset chainring or ask your own question.