I have a bicycle as in the picture. Are there any child seats that can be fixed in the rear of this bicycle?

ANy suggestion is appreciated. 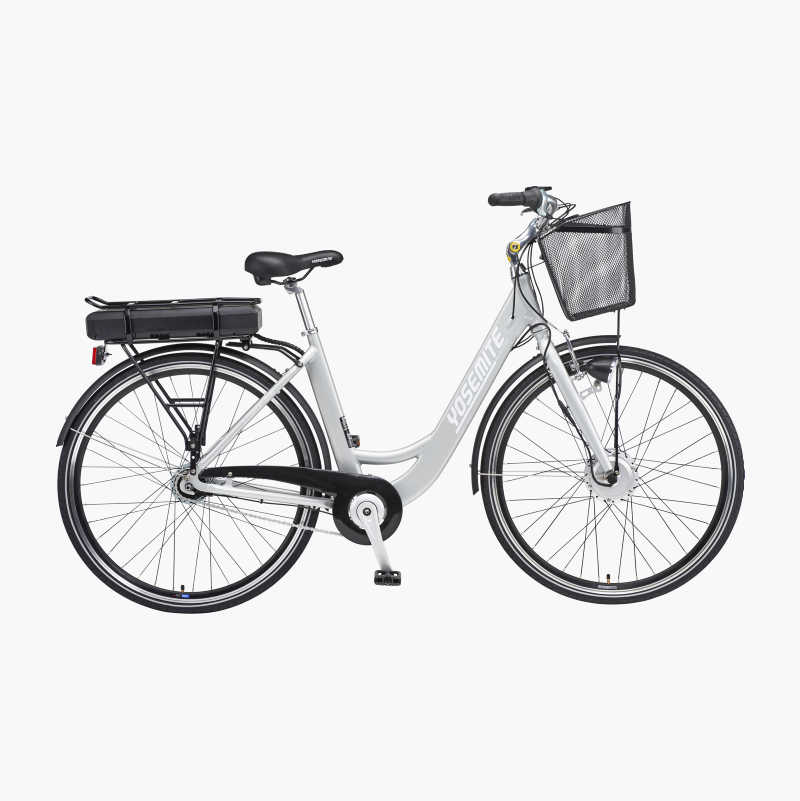 In the Netherlands, where most parents cycle with their kids, kids seats are now routinely attached to the seatpost or the part of the frame where the seat post drops into.

The kid will be above the rack but much of the weight will be on the middle of the frame.
There is no contact between the seat and the rack with battery. Many e-bikes are sold with both front and rear kid seats.

I did not find any 'non commercial' pictures so far, but if you google -bobike rear kid seat- you will find several or many of that brand (other brands are also likely to have them, but I do not know their names, I am not connected to the brand in any way, I just see them used often.)

Do not worry about the weight of the child, many Dutch ride with adults on the rear rack, with no problems. (The racks may not like it, the weight spread over the bike works.) Just keep an eye on how you handle the bike with the weight there.
And do not forget the child when you get on or off when you are used to a diamond frame, see this video fragment.

I would not install a child seat over the battery on a bike like that - it is just too much rear weight, and its also high-up weight which will mess up the bike's feel.

Instead I'd personally choose a mid-mount seat, that goes between the stem and saddle. For example: 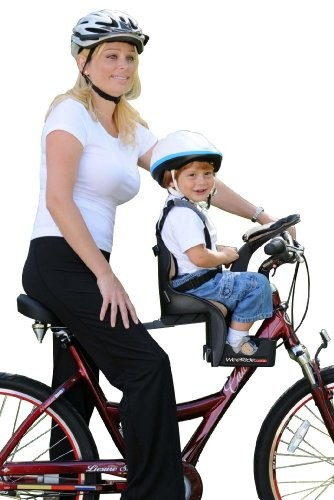 This style sites the child inside the rider's arms so they can see what's coming up, rather than staring at your back. Some have a padded panel in front of the child for sleeping on, and as protection. Plus the child can communicate with the rider better.

Your bike lacks a top-tube, but this style of seat goes on its own support bar, and you can fit one of these to each bike, while just moving the seat between bikes.

You can also get some that sit right out the front in front of the bars, where your basket is, but these hamper the steering in the same way the rear seat does.

Other options include a trailer, 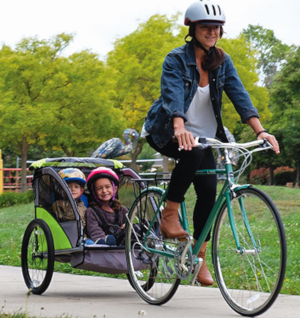 Or a tag-a-long style half bike though these would be for larger children: 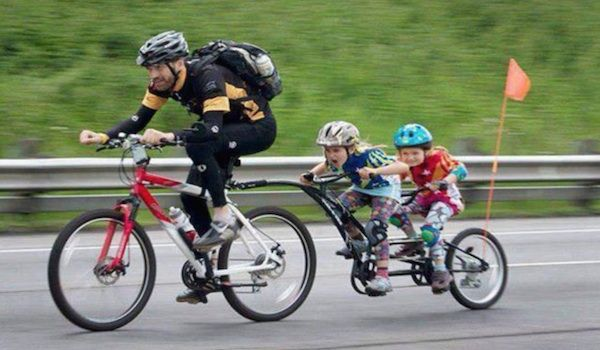 Not the answer you're looking for? Browse other questions tagged electric-bike child-seat or ask your own question.

7
Any way to transport kids on a folding bike?
4
Single speed bike with child seat?
2
Can the iBert safe-T-seat be safely mounted behind the seat post?
3
Rear-steer tandem with middle child saddle
4
Are handlebar-mounted child seats illegal in Germany?
2
What child seat would fit an old model Gary Fisher bike?
4
Baby seat for stoker's seat post on tandem
11
Max weight of child, for rear bike seats - why is it always (seemingly) 22kg?
3
Lifespan of a bike child seat