Can I fit a kickstand to my bottom bracket?

I'd like to fit a central kickstand to my Boardman Urb, and I wonder if I can use a threaded opening in my bottom bracket for that.

If it sounds like a bad idea, then what could be the purpose of this hole? 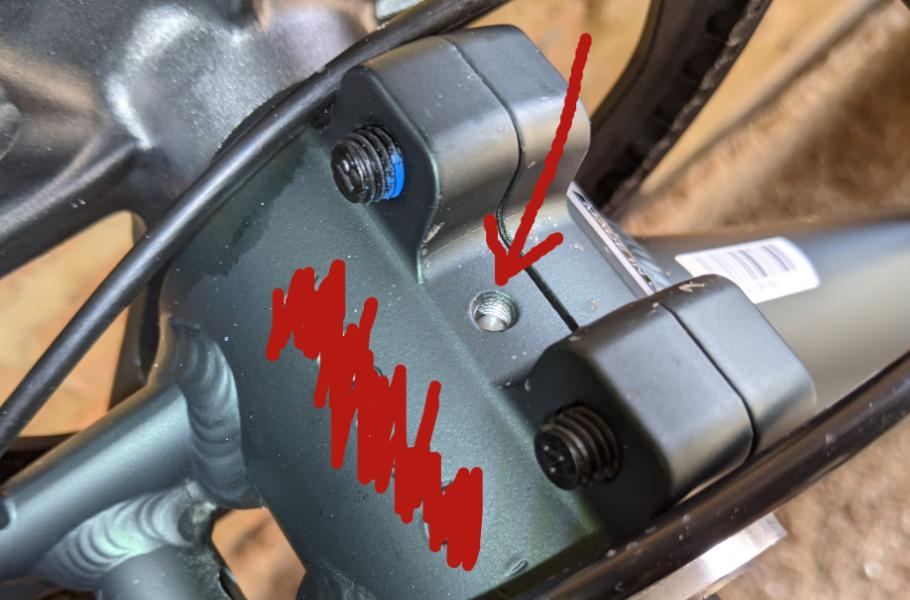 One bolt of that size wouldn't be enough for a kickstand. And, it would have to be a proprietary one and Boardman doesn't say anything about it on their site or product description for the bike. So I don't think it's anything to do with a kickstand.

It could have been added to the shell (which are often a part that's designed seperately and re-used among bikes for different manufacturers) to mount some kind of guide so that the hose and housing can run there where they're more out of the way of the cranks.

It could also be an auxilary setscrew for the eccentric. Some eccentrics fasten solely via setscrews ramming into them. That's a bad design because what happens is they creak and then when you go to change the tension, the bolt wants to sink into its old groove. But, this could have been added to yours to provide additional holding power in case there were ever issues.

Those are just guesses but it's what I see.

Not the answer you're looking for? Browse other questions tagged bottom-bracket kickstand or ask your own question.