I suspect similar questions like this have been asked before, but rules on this stackexchange require that I create a separate thread. So please bear with me.

I believe galvanic corrosion happens between electrically connected dissimilar metals and that it is accelerated under certain environmental conditions. I have two cases that I want to understand.

The first is a Paramount Series 3 all stock components and in pristine condition, and the second is a 2020 Cinelli Tuto frame with some random assemblage that I do not have prior history of, and it has rust around the crank, the rear toothed gear, and the bolts that attach the front and real axles (hubs?) to the frame.

The Paramount has shown minimal corrosion over its 20 year life, and specifically around these various locations. It uses Shimano quick-release skewers for the front and rear wheels with Shimano RX100 (HB-A550) wheel axles. The Cinelli uses the HJC DA-17 ETRTO axle attached with steel bolts. Based on its sheen, the axle seems to be made from aluminum (I could be wrong).

Question: generally, is this steel-bolt-aluminum-axle combination common? Would that be true of the Shimano, and do I just need to get weather treated skewers for the Cinelli, or just the right bolts? It's possible these bolts were purchased from McMaster without any attention paid to corrosion resistance.

Edit: Adding pictures, as suggested by Armand below. 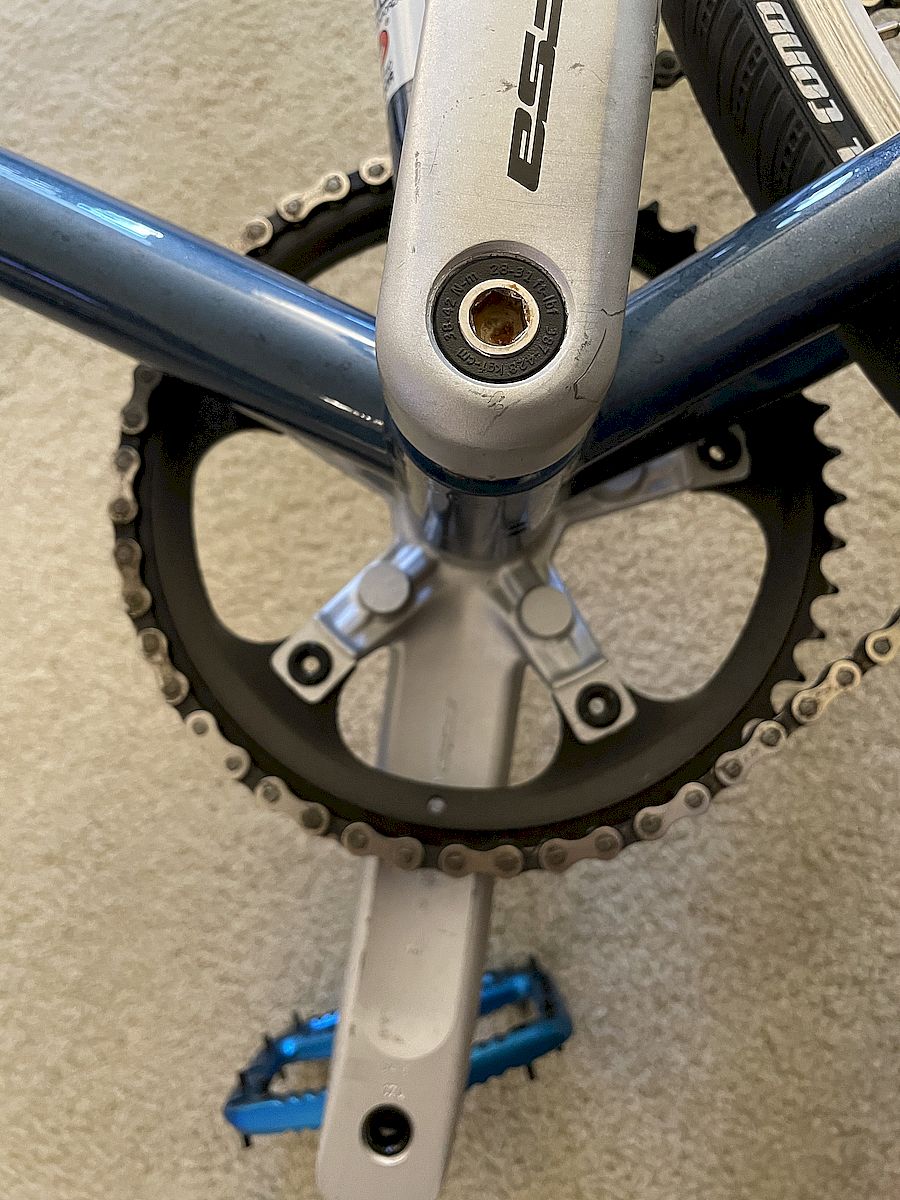 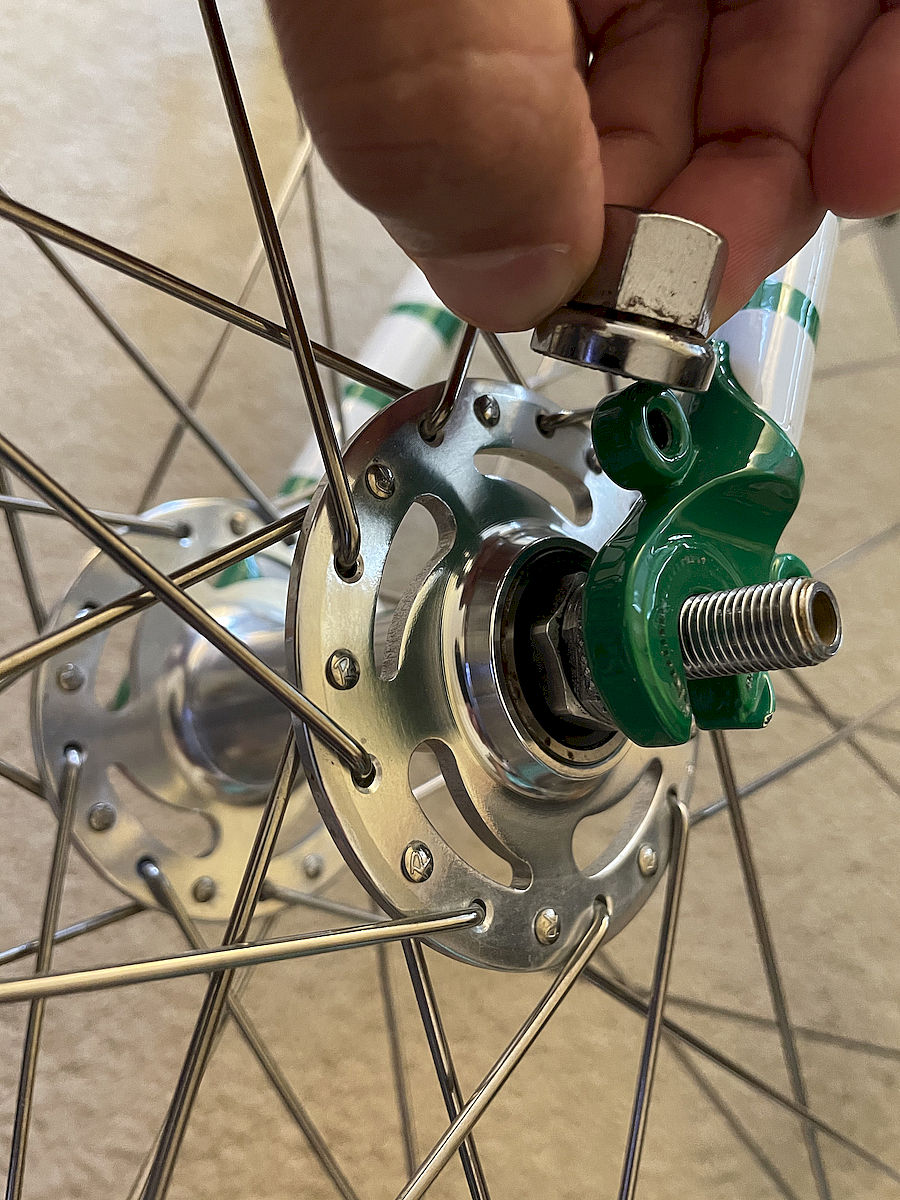 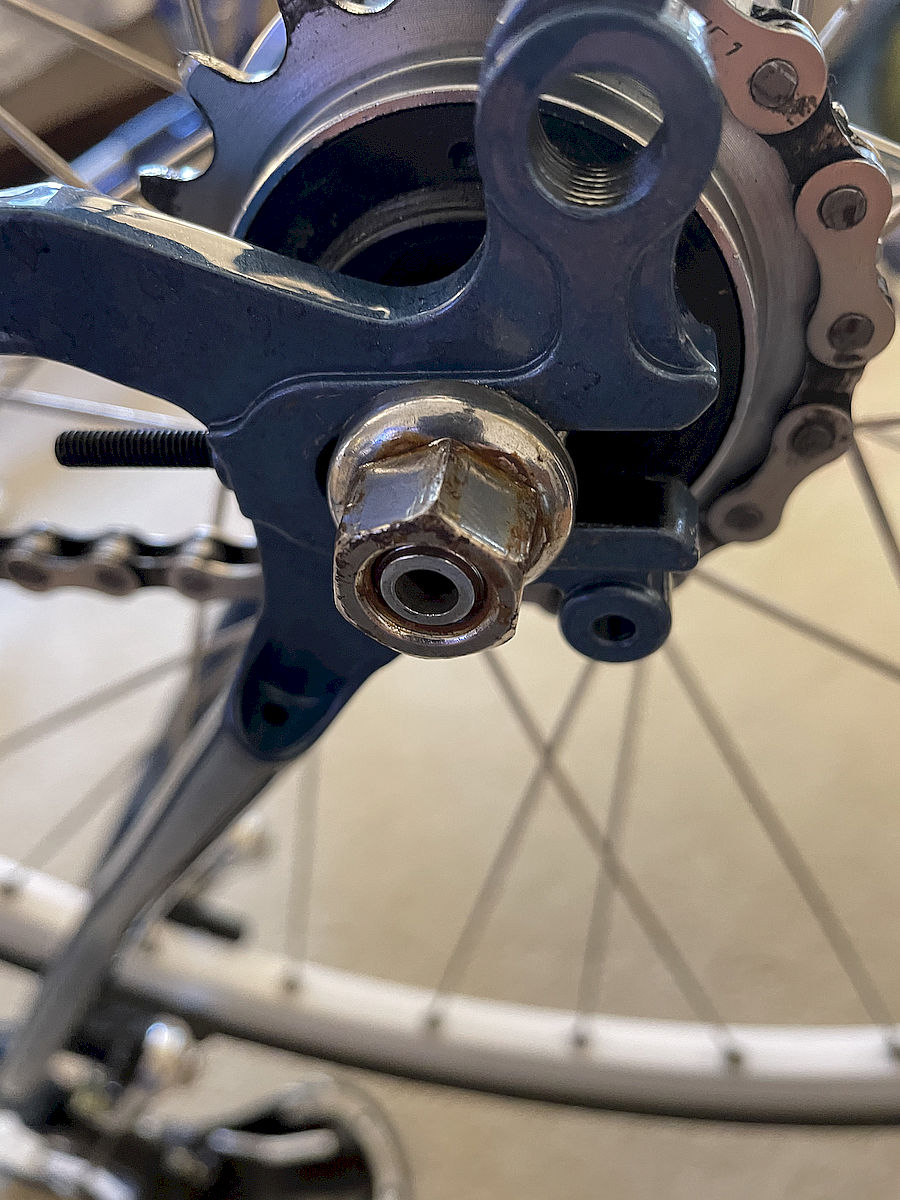 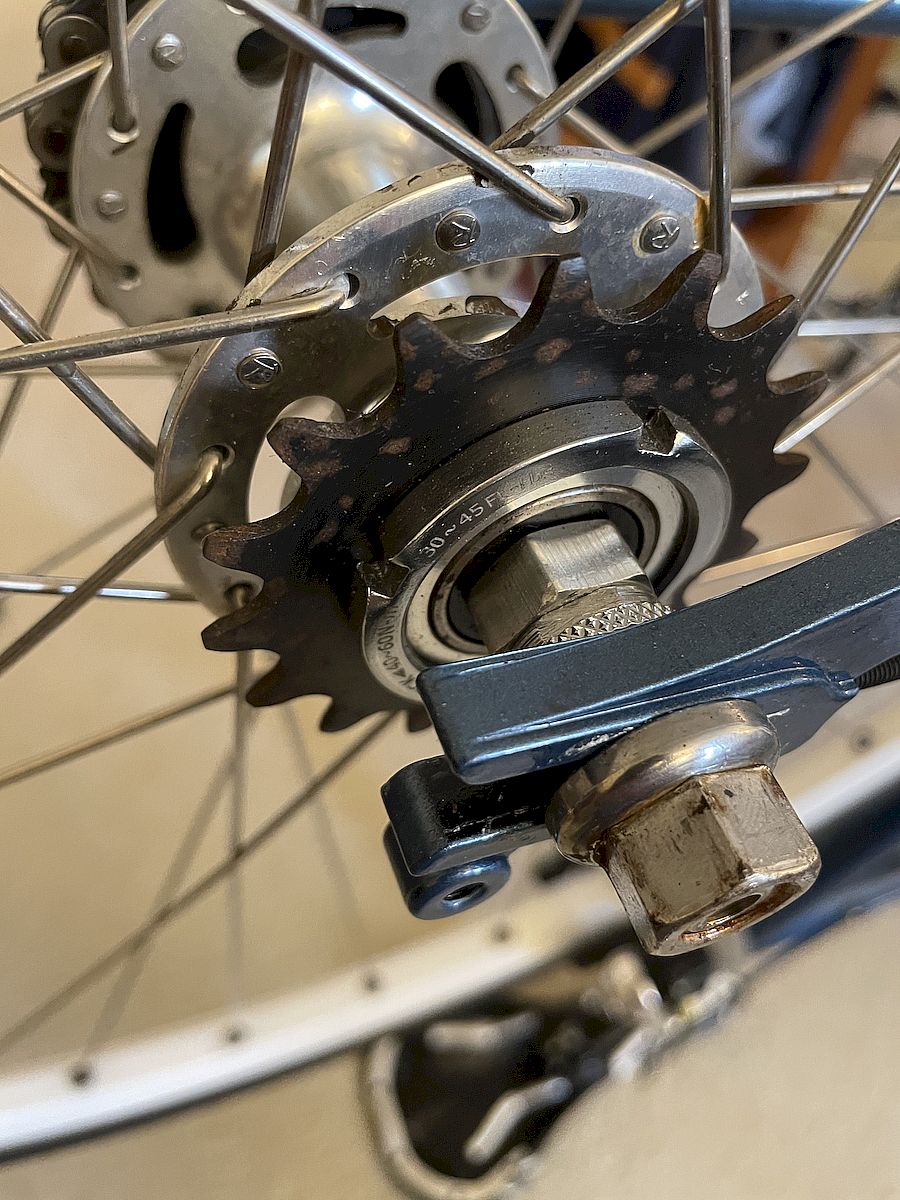 Edit: I've incorrectly supposed the way the galvanic corrosion between chrome moly steel and an aluminum alloy happens. I incorrectly thought both metals would be corroded, however, in galvanic corrosion it is the only one of the metals that is corroded because it acts as the sacrificial anode part of the circuit. In fact, the other metal is imbued with corrosion protection as the cathode in this reaction. One can compare the anodic index of differing alloys to assess the risk of galvanic corrosion when the differing metals are in contact. The higher an alloy's anodic index, the greater the chance it will end up being the corroded anode. However the risk of galvanic reaction is determined by the amount of the difference in two metals anodic indexes. A larger difference in the indexes of two metals, the greater the risk of corrosion of the one bearing the higher index. The risk is also mitigated by the environment the two metals will be subjected. For the purpose of this question, it would be the aluminum alloy would be metal corroded in such a situation. Aluminum oxide is whitish in color and would look nothing like the red tones of iron oxide corrosion seen in steel corrosion. Thus, seeing redish oxidation as the OP notes is not caused by galvanic corrosion, but does infer some sort of steel oxidation going on. Unusual for such a new frame of corrosion resistant chrome moly steel.

Still a good deal of speculation here, but as the Cinelli Tutto's frame is "Columbus Chromor" --from the Cinelli Tutto website--which is chrome moly steel, it may not play well with the "random assemblage" of components someone has selected. Your rust issues may be caused by galvanic corrosion if the crankset is alloy explains rust around the crank. Often the spider and/or the first few cogs, if not all the cogs, of a higher end cassette will be an aluminum alloy. At the dropout area, even with a low profile of material near the cassette, the frame or the wheel fixing nut could be the source of the rust stains around the cassette. I wouldn't think it to be the chrome moly steel, but???

I speculate too that the axles of the wheels may be an aluminum alloy. The Tutto is sold as a frame set apparently, and it's easy to make the leap that someone uninformed about the risks of galvanic corrosion has selected nice alloy parts and placed them in a steel frame with inadequate protection against such corrosion. Perhaps even the wheel axles are aluminum alloy and reacting with the steel fixing nut.

I submit that a 2020 frame set could not yet be corroded enough to be damaged enough as to be unrideable if the parts are removed and the bike cleaned thoroughly. As you've noted, environmental factors could catalyze the corrosion. One can imagine one wet ride with the road spray and it's countless molecules of contamination left to dry in place, the grease separating the differing metals being washed away. Good opportunity for galvanic corrosion to begin.

Disassembly is certainly in order and after cleaning reassemble with parts--whether same or a different assemblage--but with the appropriate amount of waterproof grease to form an effective barrier between the dissimilar metals.

Not the answer you're looking for? Browse other questions tagged hub rust corrosion or ask your own question.

7
Titanium bolts: Preventing bonding?
3
Would silica gel inside my bike frame be effective in preventing corrosion?
2
Suspension Fork Axles
8
Reoccurring Bent Axles, any reasons or upgrades?
0
SRAM Rival brake caliper screws/bolts are rusty, how to replace?
3
Can I use titanium axle bolts on a steel frame?
2
Remove rounded nuts/bolts from wheel on old bike
4
Used wheels - corrosion or dried rim tape adhesive?
1
Are thru-axles generally hollow or solid?
3
Are freewheels really that prone and susceptible to bent axles?