Can a conventional seat be reversed 180 degrees to be used as a noseless seat?

I am interested in potentially switching to a noseless seat (also called noseless saddle). Instead of buying one, can I simply reverse my conventional seat 180 degrees and sit on the edge of the new front (the former back) of the seat? I will only make contact with the new front of the seat, while the former nose (the new back of the seat) will just be there behind me and not be used or cause any harm.

I tried doing this on my bike and riding it for about a mile total, stopping periodically to adjust the angle of the seat and distance of the seat from the handlebars (sliding along the rails). So far, it feels consistent with descriptions I have read of using a noseless seat. I have included some photos.

Other thoughts or possibly-relevant information: 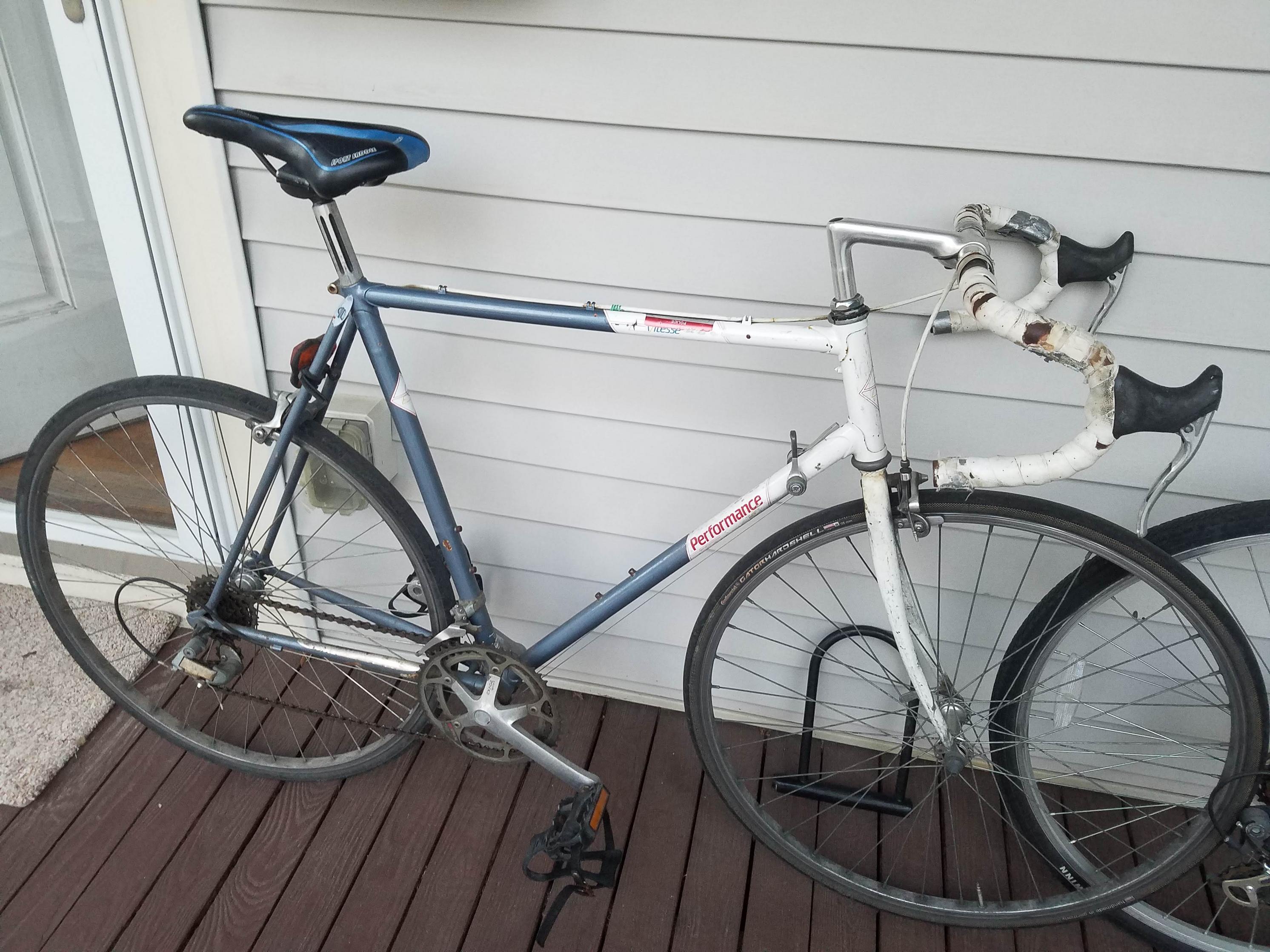 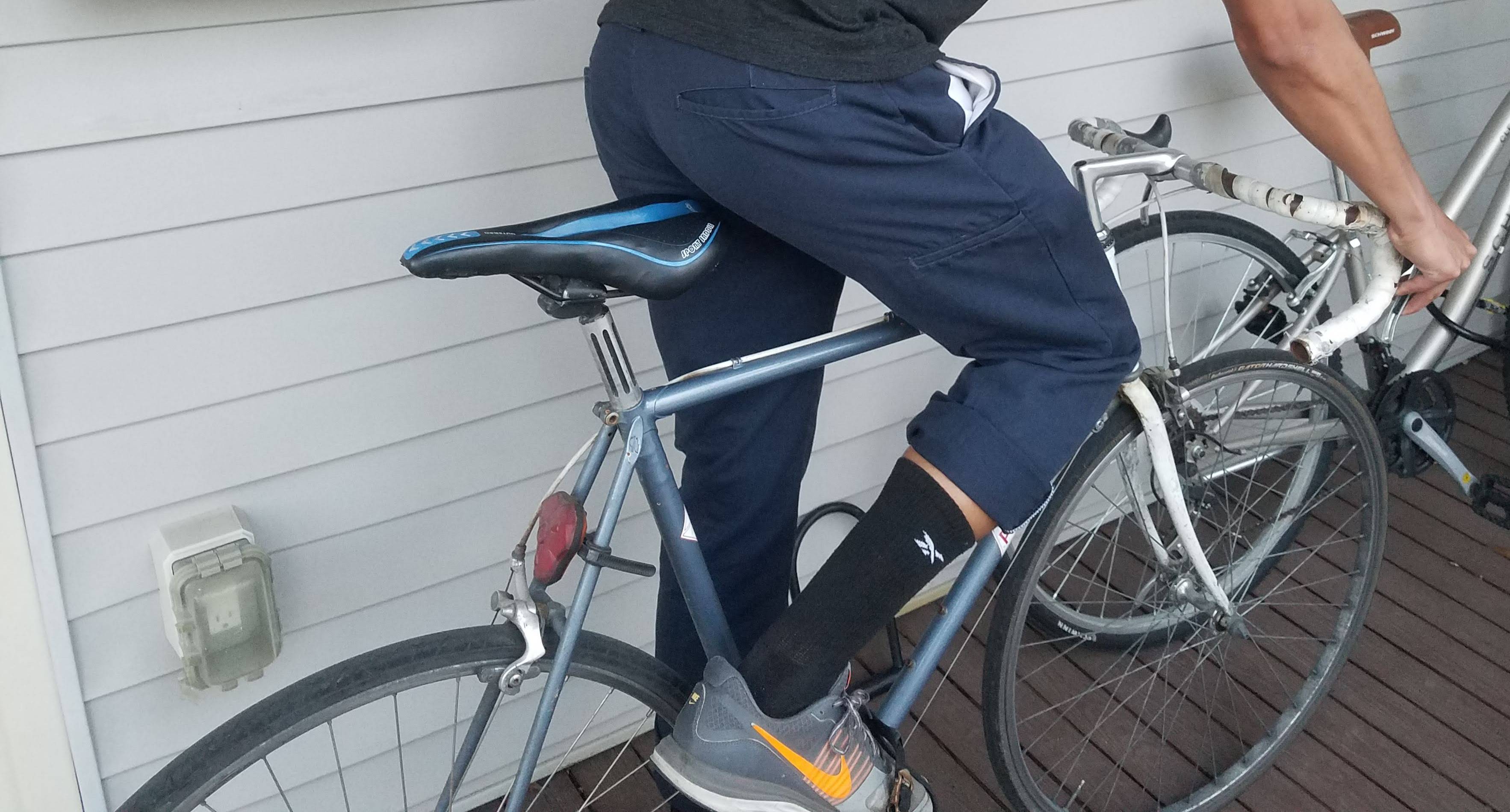 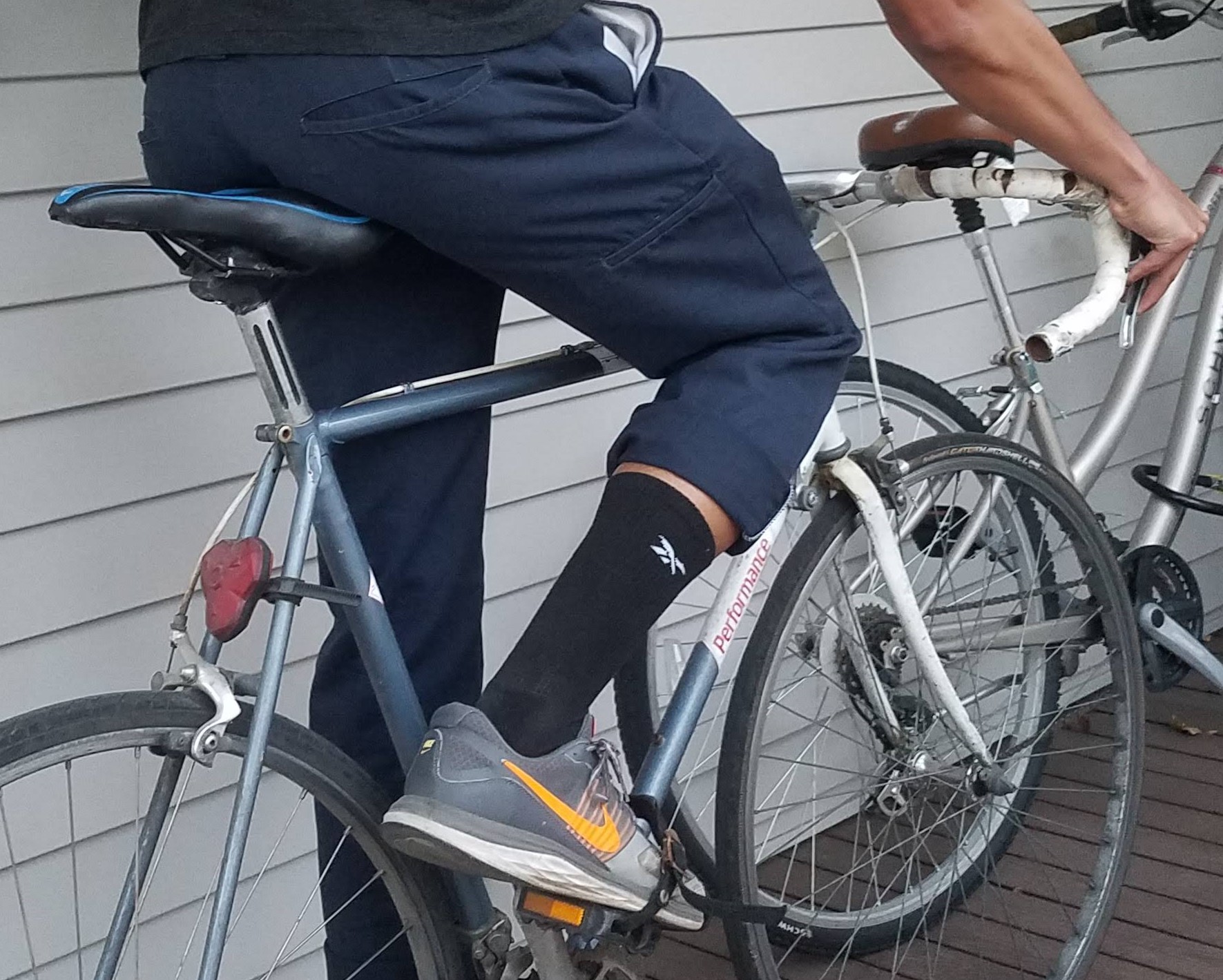 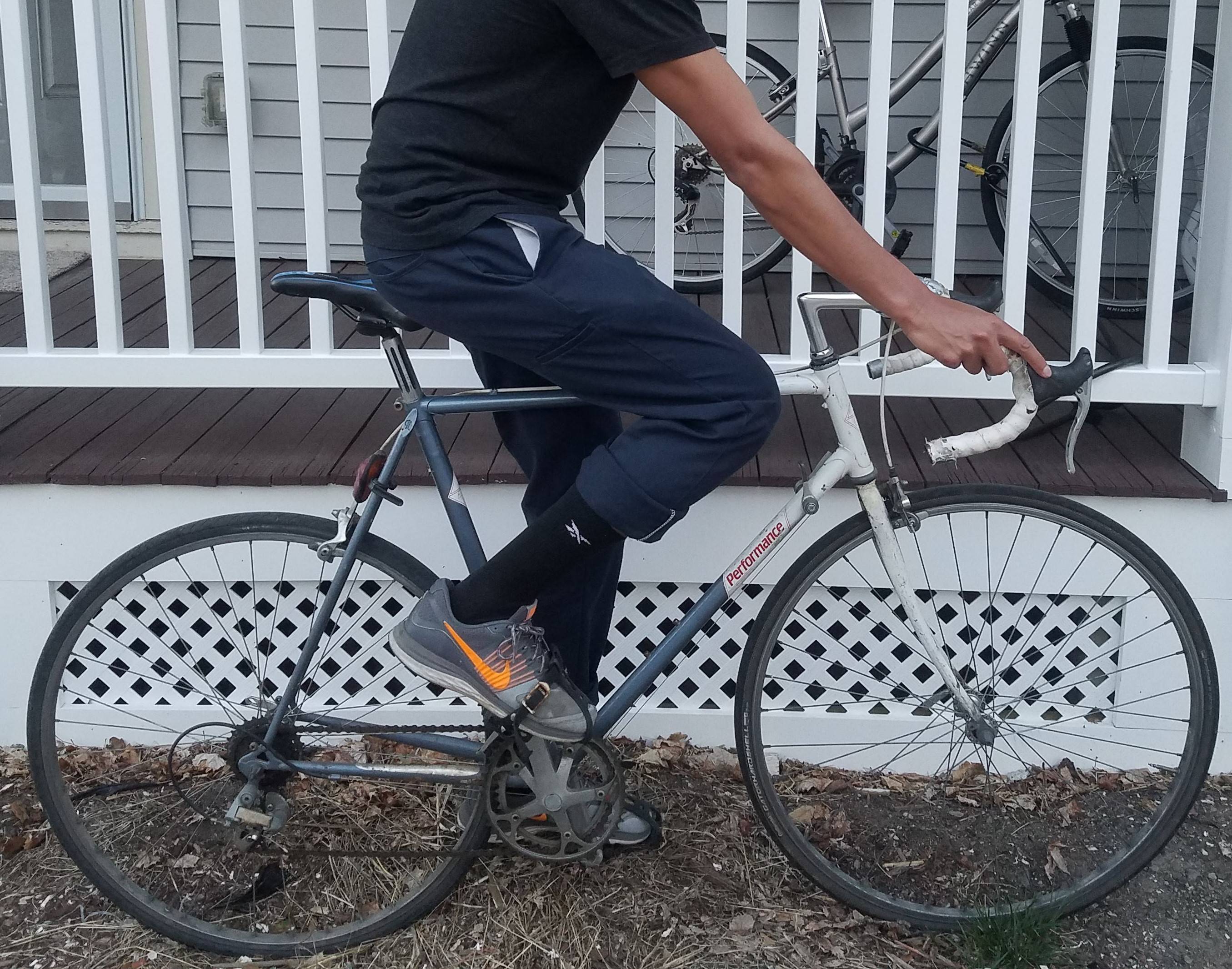 If it works for you then go ahead.

The risk might come in a lack of control when riding hard, like descending while off the saddle it is common to use the sides of the saddle against the inside of one's thighs to help control the bike.

Lastly, its probably not an issue for you but a reversed saddle on a rental bike means this one is damaged and needs some kind of service so don't rent it.

Sorry to be "that guy" but the rails of that saddle appear to be a fair distance beyond the recommended manufacturers limit.

Perhaps, you can fit it to the seat post as intended and simply spin the post in the frame by 90 degrees? 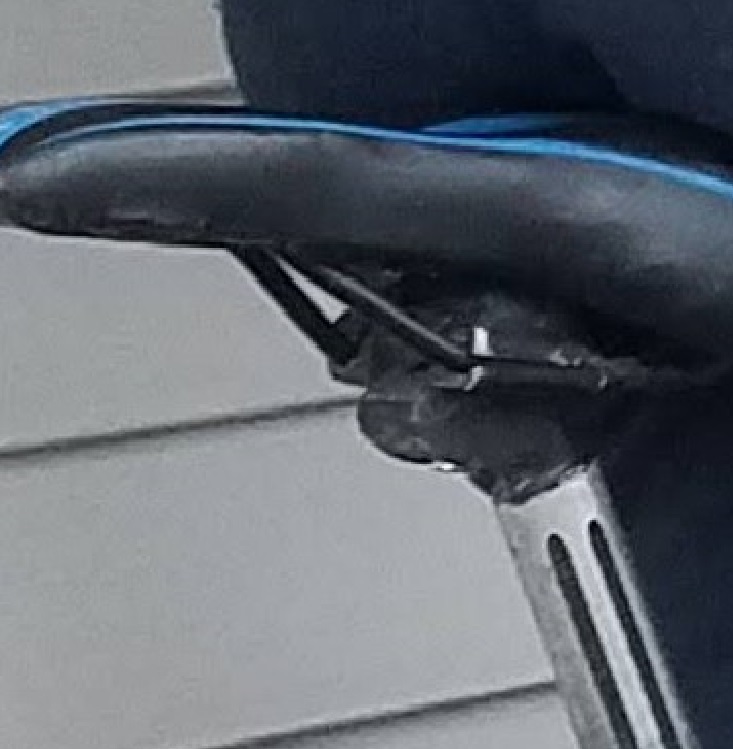 Not the answer you're looking for? Browse other questions tagged saddle health frugal riding-position or ask your own question.

23
How do I keep my seat from tilting back?
5
Where can I buy a wide range of used bike parts online?
2
Can a hybrid bike seat be used on a road bike?
5
Why do I do the "saddle shuffle" when riding?
1
Has anyone ever used the Spiderflex seat on a roadbike?
2
Are saddles supposed to bow inwards when sat upon?
6
'Micro adjust' saddle clamp not allowing fine enough adjustment (on SP12 suspension seatpost)
5
What can be done to seat post too long/saddle too high?
9
What exactly do seats with a cut out in the middle achieve?
2
Saddle started to hurt after years of riding