I have a Schauff Pittsburgh 2002 26" tandem which has the standard tandem drive train setup (timing chain on the left) and Shimano Deore components with 3x8 gearing. 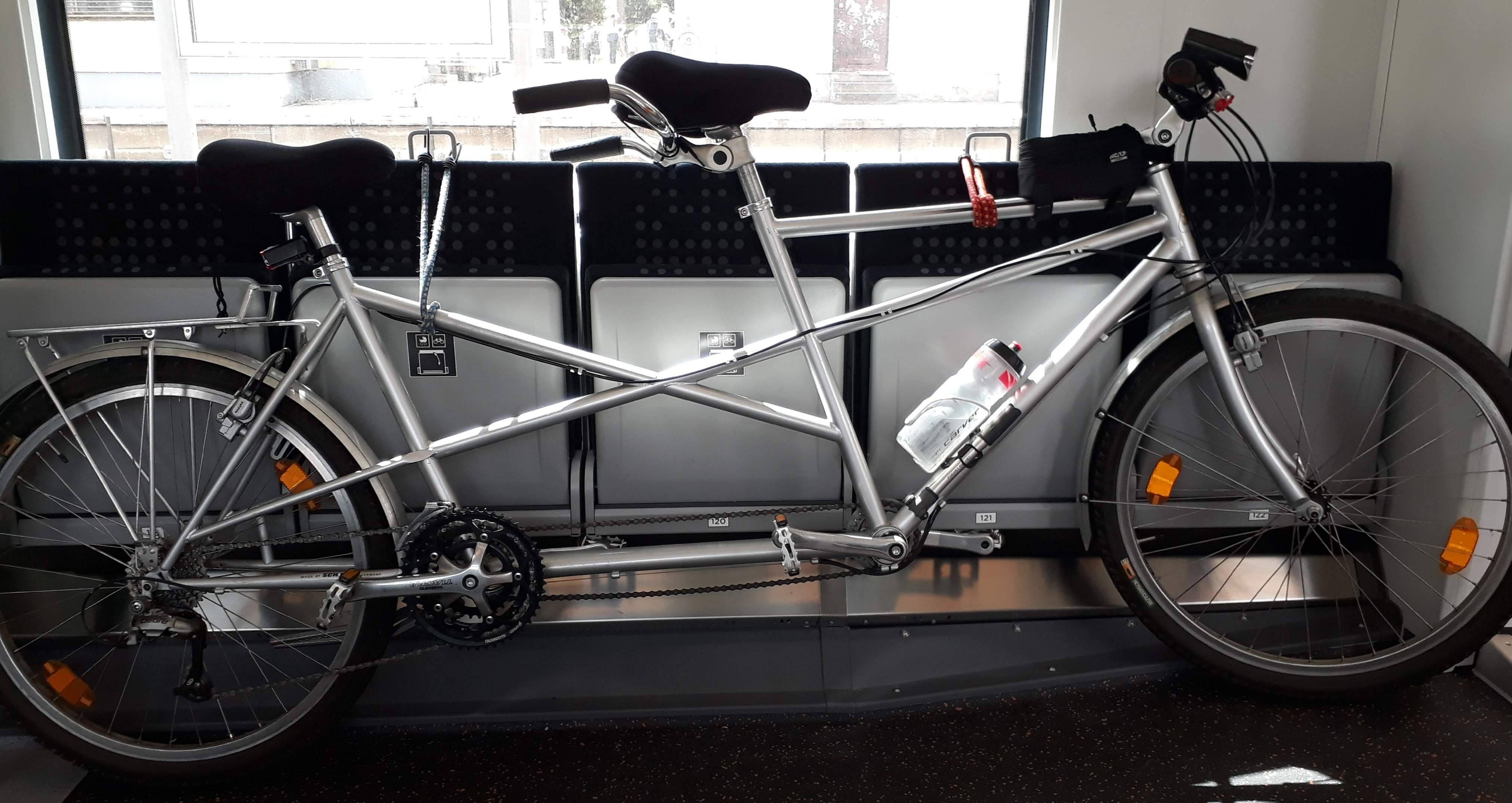 The tandem has become my partner's and my single mode of escape during the pandemic. Because of our different heights and the sizes of the seats, he can only ride as stoker and I only as captain on this tandem. Unfortunately due to an injury, he currently needs to take it easy and can't pedal. I might be able to pedal us both around for some short trips out of town. I am aware that having two freewheeling mechanisms on a tandem is super complicated and expensive.

So, is there an easy/cheap and reversible/temporary way to either:

As mentioned, simply removing the timing chain and switching seats isn't possible for us.

The stoker's BB has to turn because that's how the captain's power gets to the rear wheel. So there has to be a chainwheel on each side, which probably means leaving the cranks there.

You might be able to remove the stoker's pedals - there are quick-release ones that don't need a tool. However the cranks will still be there revolving.

There's probably a position on the frame which is out of the arc of both cranks, and not going to interfere with the captain's leg movements. Looks like about the X in the rear frame, you can get clamp-on fold out foot rests like these: 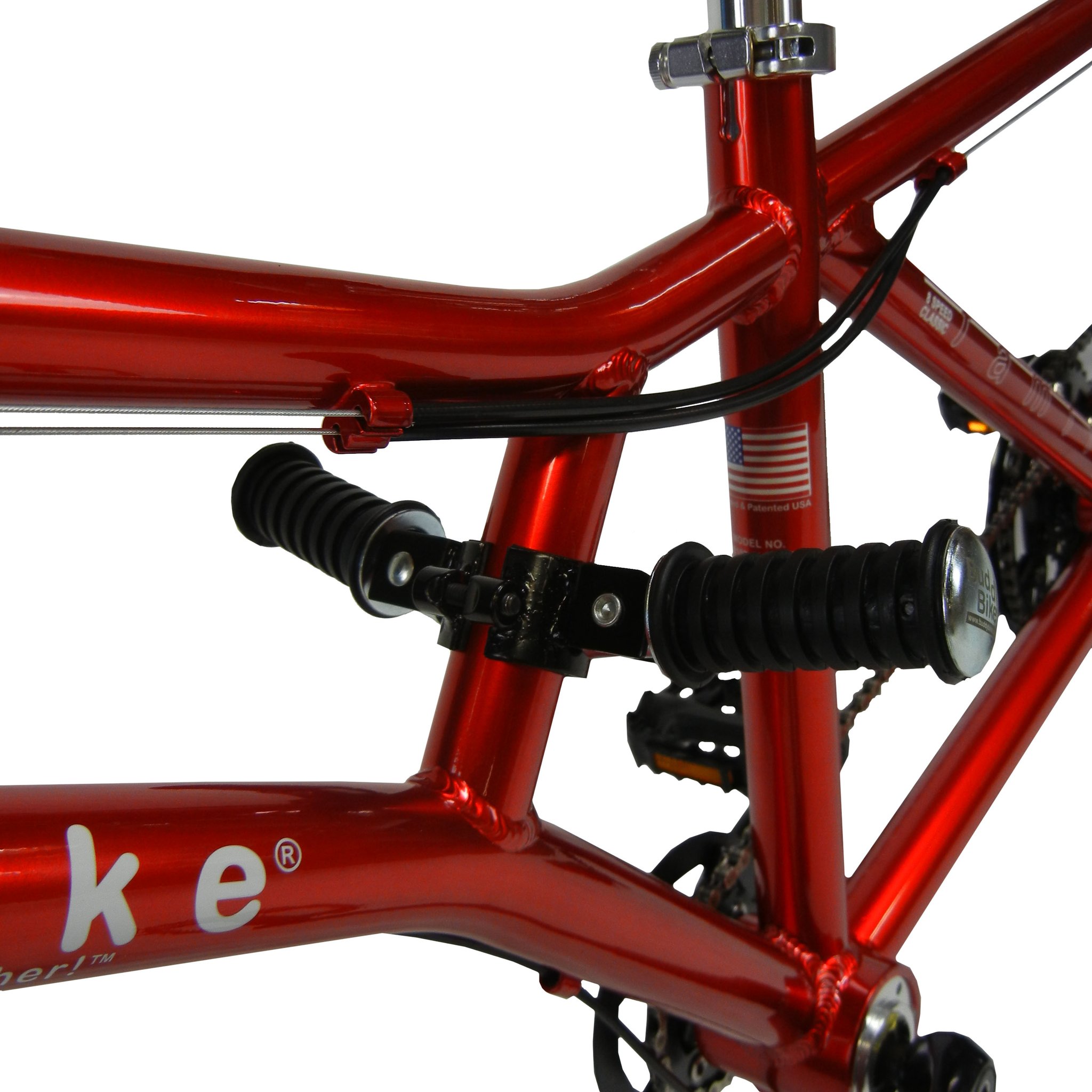 I thought BMX pegs might work if secured to the crank's central bolts if the pedals were removed, but they expect to bolt onto the axle buts and not spin. If you did this, the rests would wind the foot forward until it falls off the front. 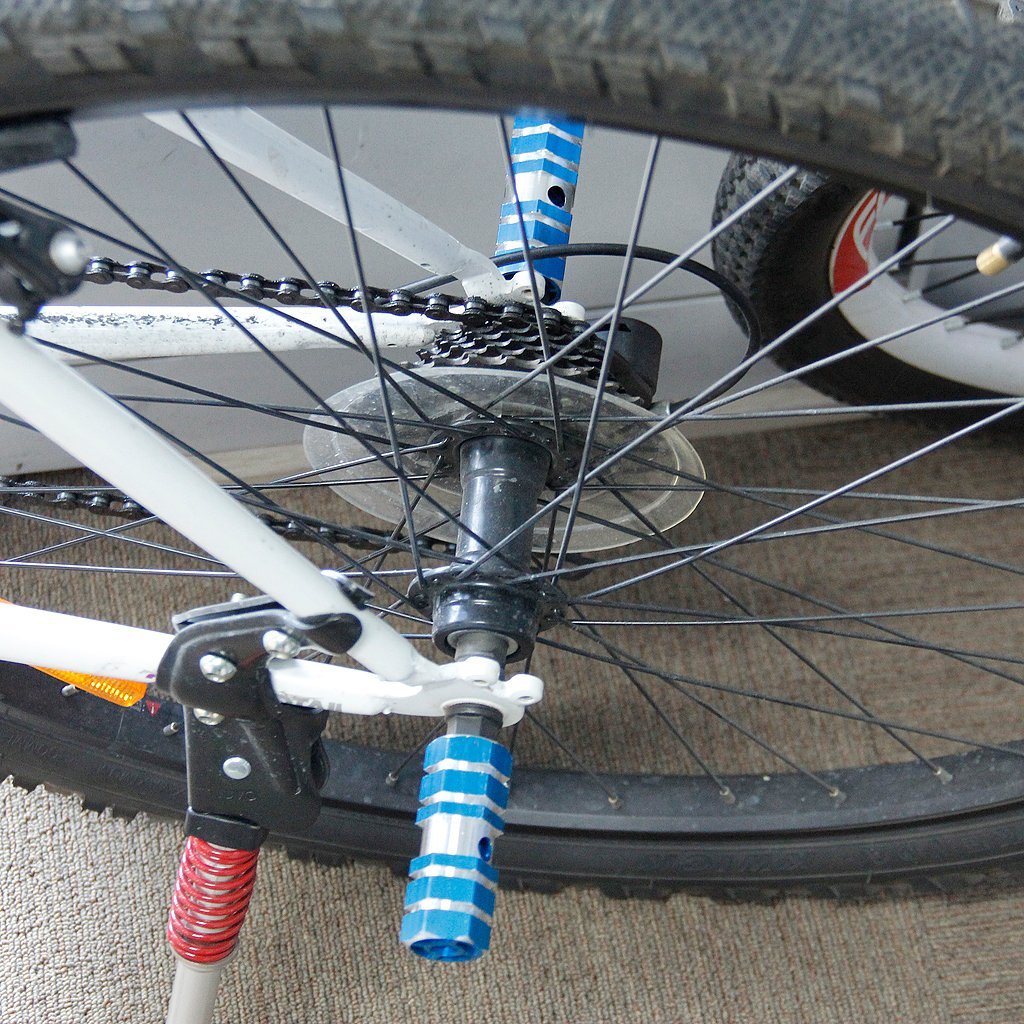 A third option might be to simply go slower so the stoker can pedal, with minimal force. Not sure if this is compatible with the recovery needed, take it with caution. If both of you were coasting, and using an electric motor for drive then that could work too.

I solved a similar issue on my tandem. Measure the frame tubes. If you are lucky you may find one of them is the same size as a handlebar stem. In my case I bolted a 1 1/8" x 1 1/8" stem in an appropriate area for a foot rest. I then cut a straight (no sweep) 1 1/8" handlebar to about 14" long and installed it in the stem, I then added handlebar grips so my stoker's feet won't slip off and to make mounting the bike easier. The stoker can pedal as long as they can, then take a rest without cranking.

It would be a bit of a hassle, but you could swap the captain's and stoker's cranks, and run a chain from the (now) captain's crank directly to the rear wheel, leaving the (now) stoker's cranks unconnected to anything. You'd also need to relocate the front derailleur. You'd probably need a new, extra-long chain but that would be the only new purchase.

Not the answer you're looking for? Browse other questions tagged tandems or ask your own question.

7
Tandem for limited space?
2
Where Can I Find a Single Right Front Crank Arm for a Tandem?
11
What is the common "vocabulary" for the captain and stoker to communicate?
4
Pull Inexperienced Tandem Stoker?
32
Is it difficult for one person to ride a tandem bike?
3
Cranksets for tandem with internal gear hub
8
Looking for bike trailer with pedals for a disabled, older adult
4
Road tyres vs "Street" tyres for charity ride on MTB Tandem
6
Freewheel replacement for a touring tandem bike