I'm a bit at my wits' end (not that I know that much about bikes). I used an old Gazelle Formula Randonneur frame and switched out most of the parts. However, after some time of (rather light) driving, the wheel always comes lose and starts jamming.

Either the wheel isn't centered anymore and rubs on the frame where you can see "FORMULA RANDONNEUR" written. 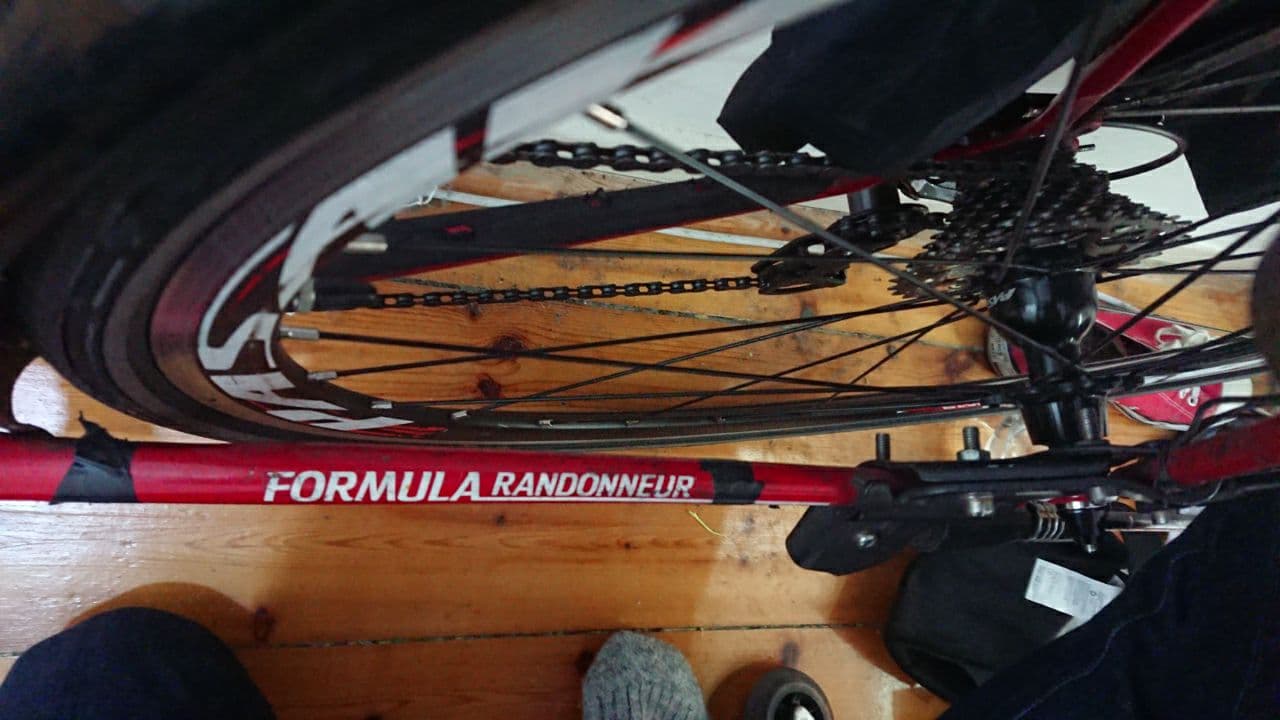 Or it rubs b/w the cassette and the frame: 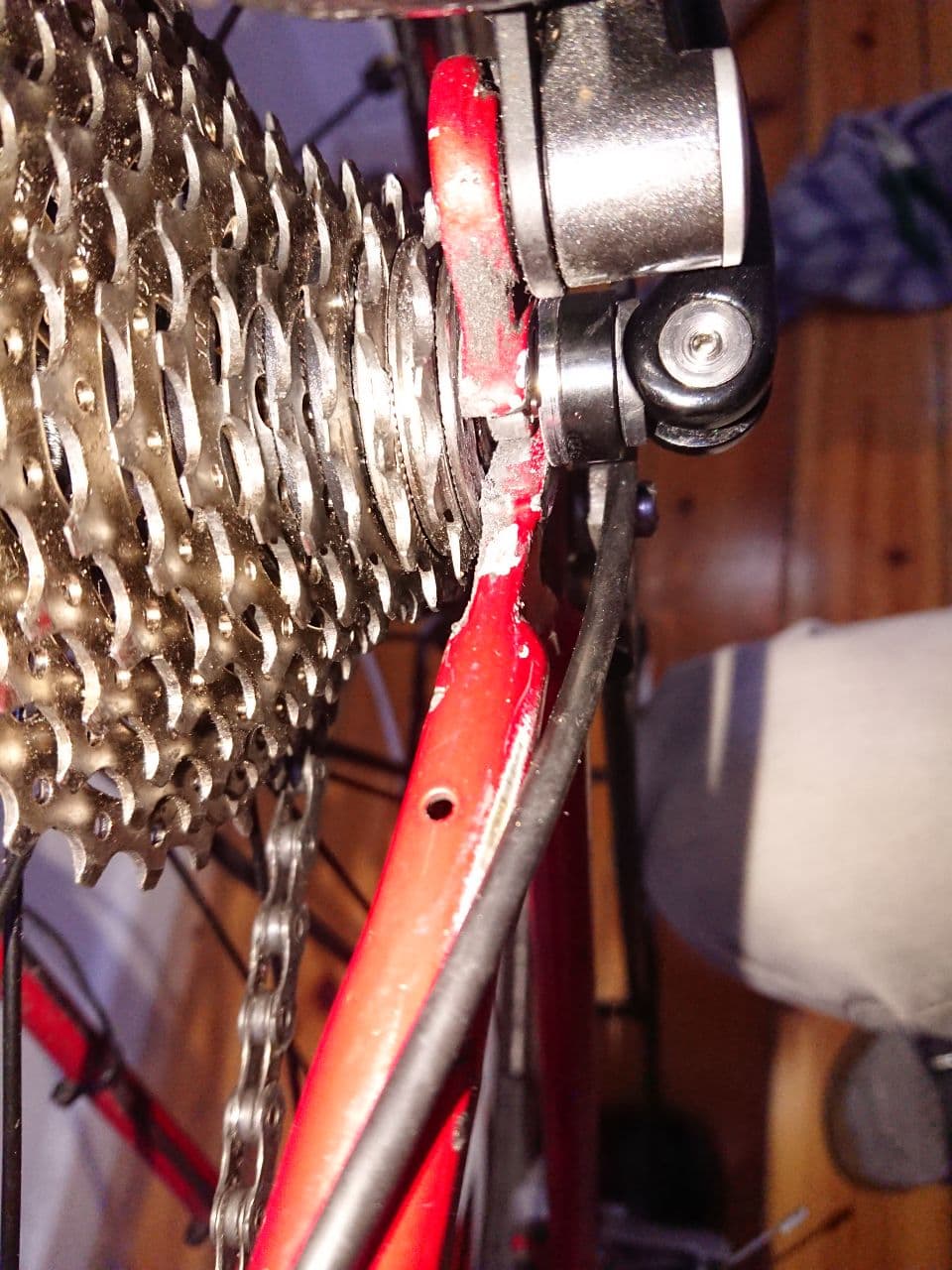 The only way I can prevent the wheels hinge from being too loose, is to tightening it down so hard that the wheel won't move :)

I went to a bike shop near but they only told me to simply readjust the wheel. While I am able to do that, I don't want to do it on a weekly basis or in the middle of the night. As far as they were concerned "this wasn't broken" -- but this can't be the solution to the problem, I hope.

I also found Rear wheel won't move or keeps falling off but I don't know how well this translates from a disk brake bike to mine.

Do you have any suggestions? 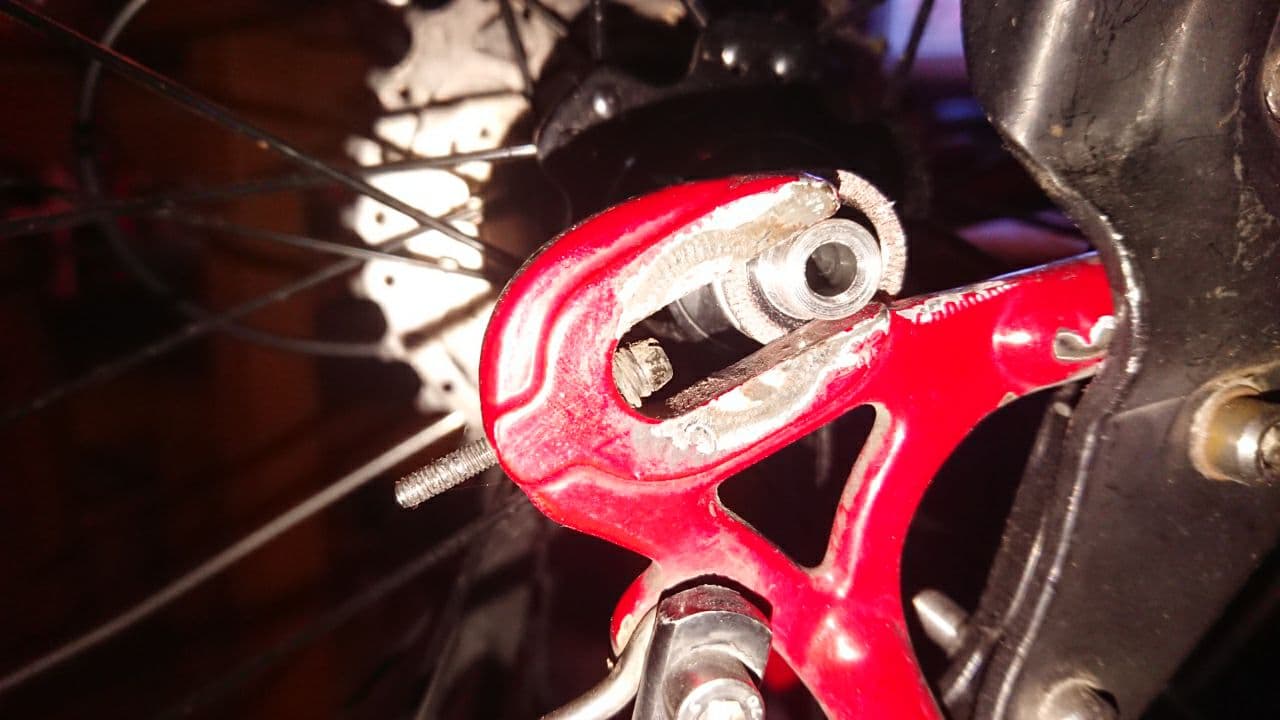 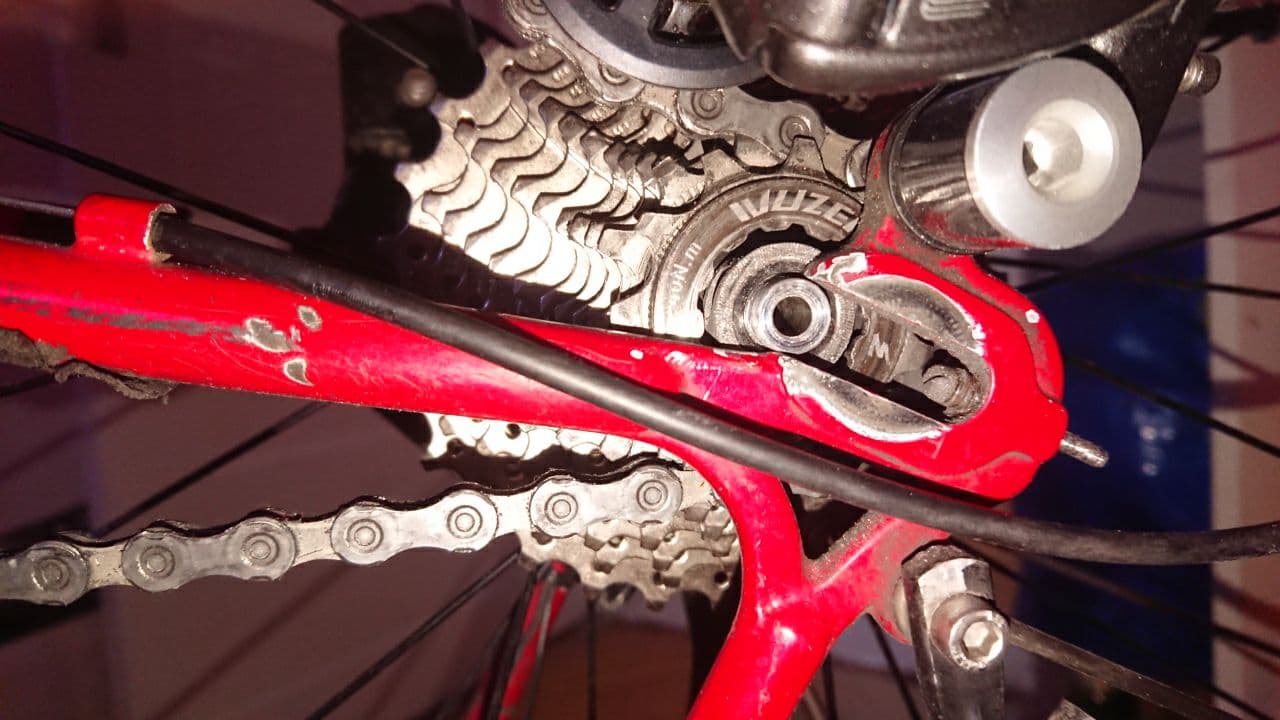 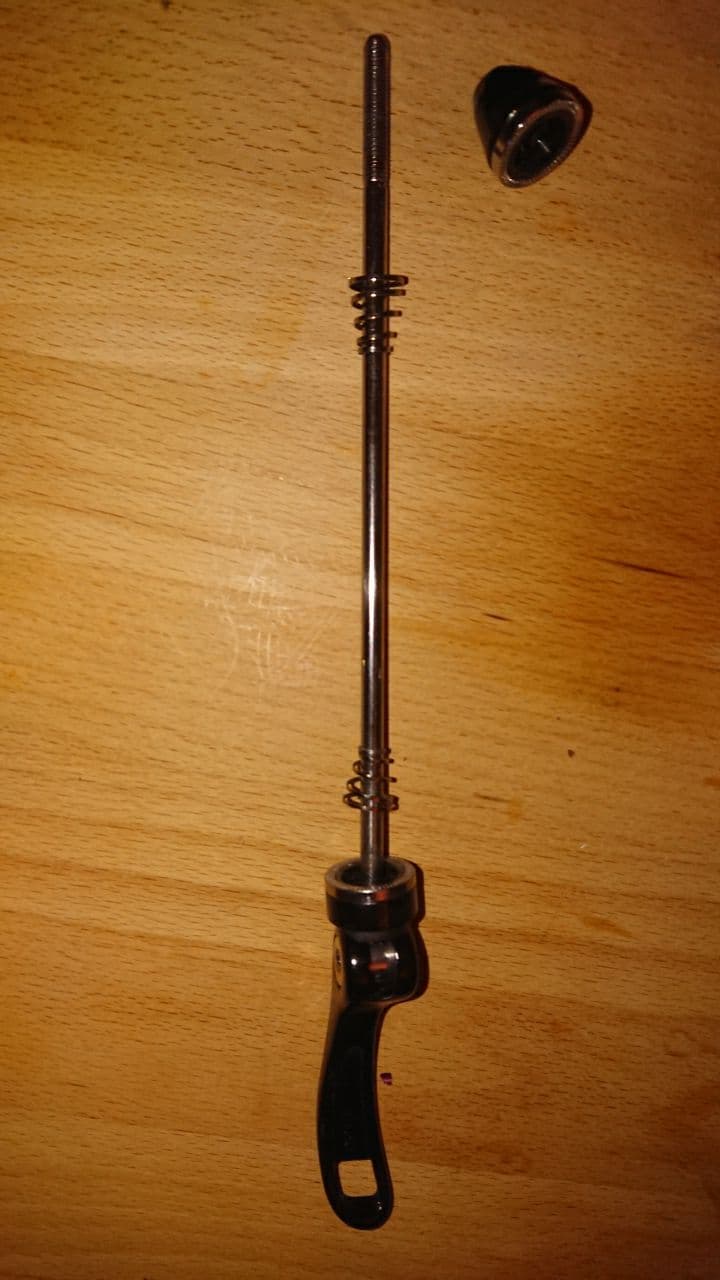 It's some combination of:

The only way I can prevent the wheel from getting lose is to tightening it down so hard that the wheel won't move :)

Sounds to me like you have to adjust the bearing play (assuming the rear hub allows you to adjust bearing play). The quick release axle compresses the hub which slightly tightens the bearings. This means the hub should have some play when the QR is open. When the QR is closed the wheel should still spin freely but have no play. It can be tricky to get right.

Check the serrated underside of the acorn nuts; the two surfaces on the QR that press on the outside of the frame.

I've seen one where the ridges were smoothed off and didn't bite into the frame, so a good push on the pedal could drag the drive-side forward and make the rear wheel bind on the left chainstay.

The first fix would have been a replacement skewer nut, but the cheaper solution was to use a small triangular hand file to deepen the grooves on the acorn nut. Doing it by hand took a while, but the sharp 60 degree corner made for some good ridges. The wheel has stayed in place properly for years now.

Rubbing on the cassette side shouldn't ever happen. Looking at the second picture it seems the locknut isn't sticking out far enough to touch the frame before the cassette does. When you take off the wheel and QR skewer, the locknut is the outermost nut with radial notches that touches your frame. This could have gone wrong when the axle was set up on the (assuming it's new) wheel.

This can be fixed by putting a larger spacer between the bearing cone and the locknut on the cassette side. That may make your wheel off-center within the frame, but I expect it already is off-center to the right. Adding a spacer on the right cone and removing a similar space from the left will move the wheel toward the left without changing the space between the dropouts and the locknuts. It's tricky to get the spacing on axles right, but with trial and error (and a variety of spacer sizes) you can see where the problems are and fix them. You'll need the right size cone wrench for the cones and locknuts. Lay down a towel to catch the bearings when you take apart an axle. If you see sparkles in the grease, your bearings are doomed and should be replaced. Park Tools has a decent tutorial about hub overhaul with pictures that explain better than I can.

Looking at the position of your axle in the dropout, I think another link or two in the chain will help. It will move the axle so the QR can get a good grip. The other answers are good too.

Not the answer you're looking for? Browse other questions tagged road-bike rear-wheel dropouts or ask your own question.