I recently bought a 2nd hand kids bike for my 4yr old. Prev owner replaced rear wheel with one having a freewheel and installed rear brake.

I've noticed the brake does not have any stopping power when my kiddo is riding however the brake stops the wheel when on a bike stand w/out any prob. I replaced the cable, pads, lever with new ones .. problem remains. I can't install V-Brake at the rear as the frame does not support it. I can't find a brake (better quality) that would be able to clear the tyre - seems like I need one that would have around 8 to 9cm reach.

Thanks for any suggestions, 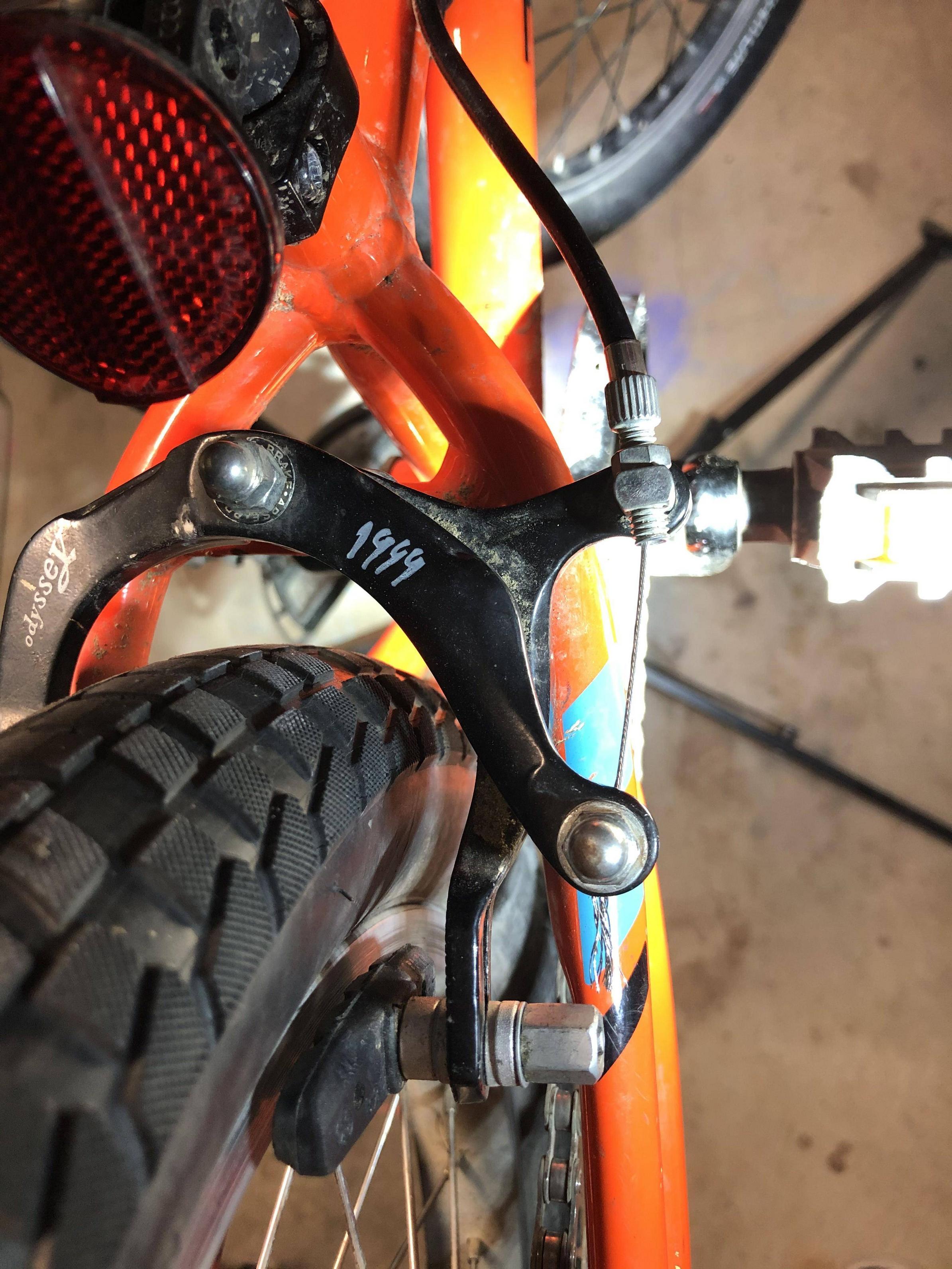 Sadly braking at the rear wheel is relatively poor because of a combination of factors.

You will generally find the small 12" wheel bikes to have a backpedal or coaster brake because kids have better leg power than hand power.

As such, kids can do "mad-skidz" with a coaster brake but not a hand brake. Part of this is the body motion required to stomp on the rear pedal naturally weights the rear of the bike, while I've never seen a kid consciously do the same while hand braking.

You might try roughing the braking surface of the rim very lightly with sandpaper.

As an adult you should be able lock the wheels easily while wheeling the bike around while you walk beside.

Another test option is for you to try riding the bike and test the brake function. If its really way small, you can sit over it and keep your feet on the ground rather than pedalling.

Do basic checks, are the brake levers bottoming out on the handgrips? Are the wheels true ? Can you take some of the gap out so the brake pad sits closer to the rim, but does not rub.

Good luck ! And remember, they grow up fast and will be on a bigger bike in short order.

This is a single pivot sidepull brake.

They have a flaw in the centering spring that makes the brakes center unevenly. Because of this flaw, single pivot sidepull brakes are made with low mechanical advantage so that the brake pads have enough room to retract, in an uneven manner.

The best fix for your problem would be to find a single pivot sidepull brake that doesn't have the flaw in the centering spring. An optimal centering spring would have the loop not in mid-air but rather around the brake pivot bolt. Presumably such a single pivot sidepull brake would have high enough mechanical advantage that reasonable finger force would stop the bicycle.

However, dual pivot sidepulls have reasonable mechanical advantage so they can stop the bicycle just fine.

Your brake looks like a very long reach brake so I'm not sure if dual pivot sidepulls are available with such a huge reach. You may be stuck with the poor brakes unless you replace the entire bicycle. If selecting a bicycle that has room for large tires, you should prefer V brakes and cantilever brakes over sidepulls as V brakes and cantilever brakes don't have the flaw in the centering springs so they can have high mechanical advantage and reliable centering at the same time.

3
Why dual pivot brakes, not longer brake arms?
0
What is the mechanical advantage of mechanical rim brakes and levers?

14
Do brake cables become more elastic with time?
3
What rear brake should I get for a Surly Steamroller?
4
Adjust brake tension / stopping power
5
Simple brake test, pulling the brakes and pushing the bike by hand
7
Bike pulses while applying the front brake. I'm unsure what the cause is
4
How to disassemble this v brake arm?
6
Magura rim brake does not work well on a new rim
4
V-brakes too weak
4
Brake pads from new dual pivot calipers dont reach the rim in the rear wheel
2
Why are my BMX brake pads not performing?