For trial bicycles there is a technique to improve braking performance by roughening the rim surface using a grinder. 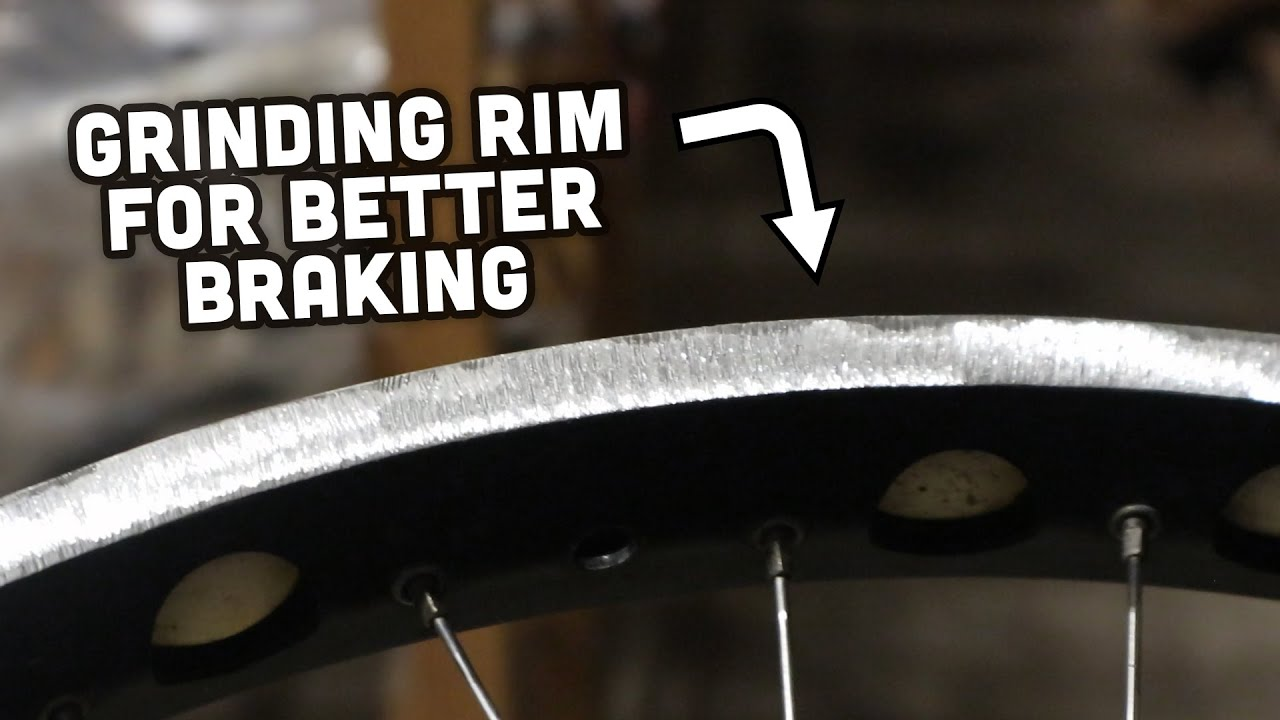 Apparently, this technique is not widely seen outside the trials competition. There are other ways to improve the braking efficiency (better pads, cables, housings and technique) worth trying before messing with power tools. Not to forget that decreasing rim's thickness shortens its lifespan.

I recently discovered (purely by accident¹) that application of a certain kind of household cleaning fluid to the rim surface had improved braking power on a few spots of the rim.

The only explanation I have now is that the rim's surface has gotten chemically etched, which roughened it in those spots. I wonder now if this is another viable hack to try for braking performance.

Is such chemical rim treatment a thing to consider? Is using a sandpaper and roughening by hand an alternative?

¹ I was cleaning a neglected chain from a nasty thick layer of dried teflon chain lube. Apparently, I was not very accurate and a section of the rim got covered by the cleaning liquid. The same liquid has demonstrated to be able to remove anodizing from a cassette, meaning it is quite powerful (base? acid? no idea). I should probably stop experimenting with it…

As I said in a comment under another answer, you may well have very well degreased those sections, on a rim that had traces of stubborn grease even when apparently clean (either from road grime or chain lube getting flicked at it).

Another possibility is that by stripping the anodising off the rim you've revealed the far softer aluminium underneath. This will wear away faster and can pick up grit more easily.

Aluminium does naturally oxidise, but this layer is thinner and weaker than what you'd get from anodising, at least initially. The reformed native oxide layer may well end up behaving the same as the original rim surface.

Certainly I'd want uniform braking. A grease spot is noticeable, but not too bad; a grippy spot could cause you to lock the wheel if braking maximimally on the rest of the rotation. Luckily it's the back, and I hope you're not braking to the limit of your traction while cornering.

When I was into freestyle BMX in the early 2000s, we had a few tricks to improve braking. Much of the tricks were designed, like in the case of trials, toward having brakes that can be locked up solid with the least amount of effort so that you can consistently lock them up with 1 finger. So modulation was not usually a goal.

First of all, contrary to the trials example provided, we did not find that rougher rims were better. The friction characteristics of rubber on rims is complicated, and apparently making the rims rougher can also reduce the surface area in contact with the pads, and may also scrub the pads away faster. But whatever the reason, and while I'm not doubting the trials technique could work, I'm just saying that we didn't find that rougher rims were better. In fact, usually rough rims got better after they had worn smooth, and for people to find that their brakes actually got worse after sanding the rims. And it was widely believed that chrome-plated rims, which were nearly mirror-smooth, were the best of all for braking.

About applying substances, the usual suggestions were Simple Green or Coke. In my experience both worked, but Coke didn't last very long, and both usually caused squealing during non-lockup braking.

Some household cleaners contain lye, which will etch aluminum and remove anodizing. One example is Purple Power. If you are looking for a substance to experiment with, lye seems as good as any (although it can be dangerous), but I have no experience with using it to improve braking. Most all my bikes have disc brakes.