Spokes go further inside rim than others

Used all 184mm spokes, nipples screwed in equally just to cover the spoke thread, wheel is almost true, however some spokes go inside rim further than others!

Already tried to tighten them its same story they do not tighten at equal lengths (equal number of turns some spokes not tighten at all while others turn all the way).

Used same spoke length as this wheel was built with before i taken it apart and i put new hub that is exactly the same as old one.

This rim is very bad design - it has sharp inner wall and nipple hole is about 4mm thick so nipple fixed at 90 degree angle from the rim. 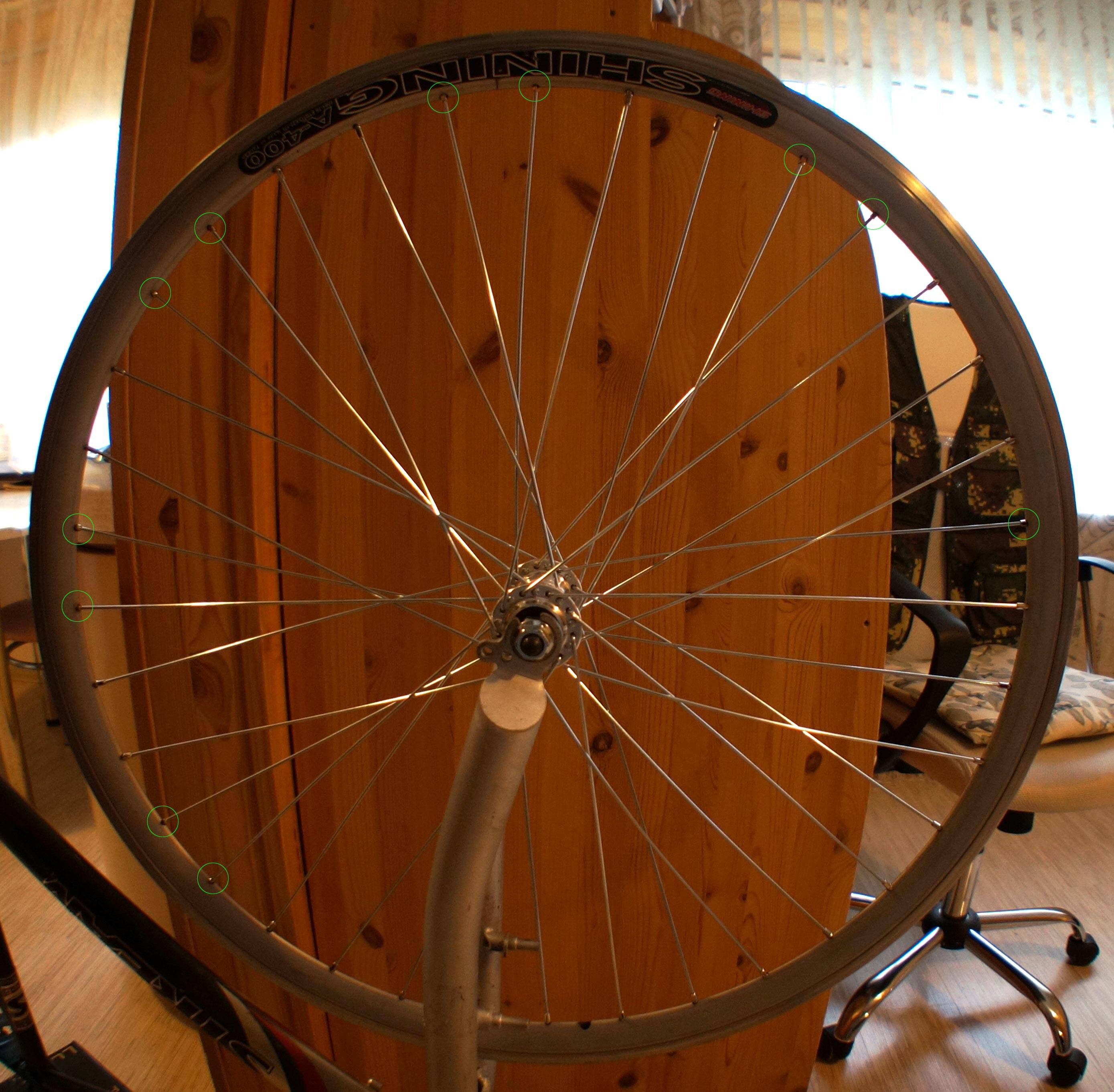 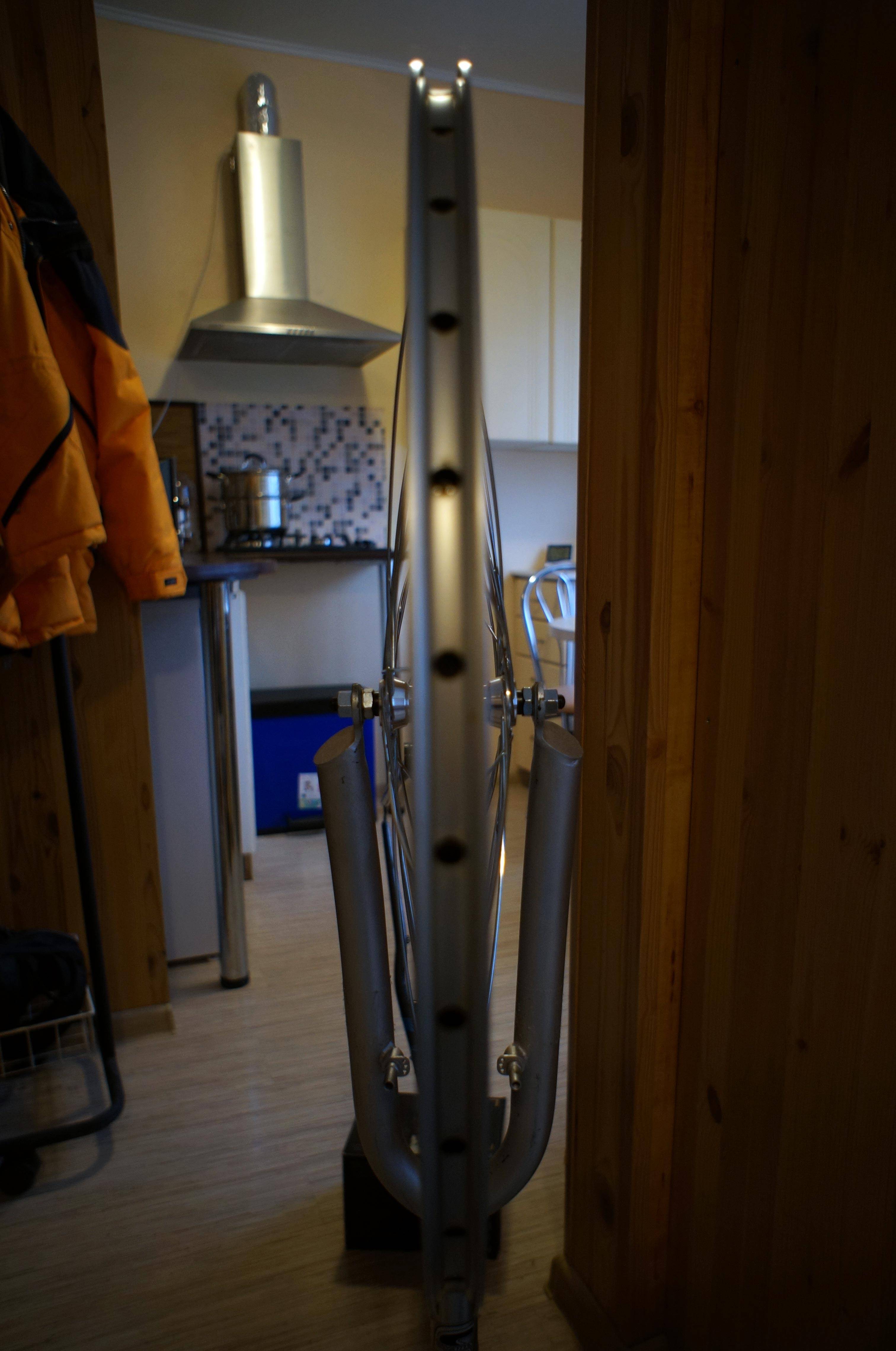 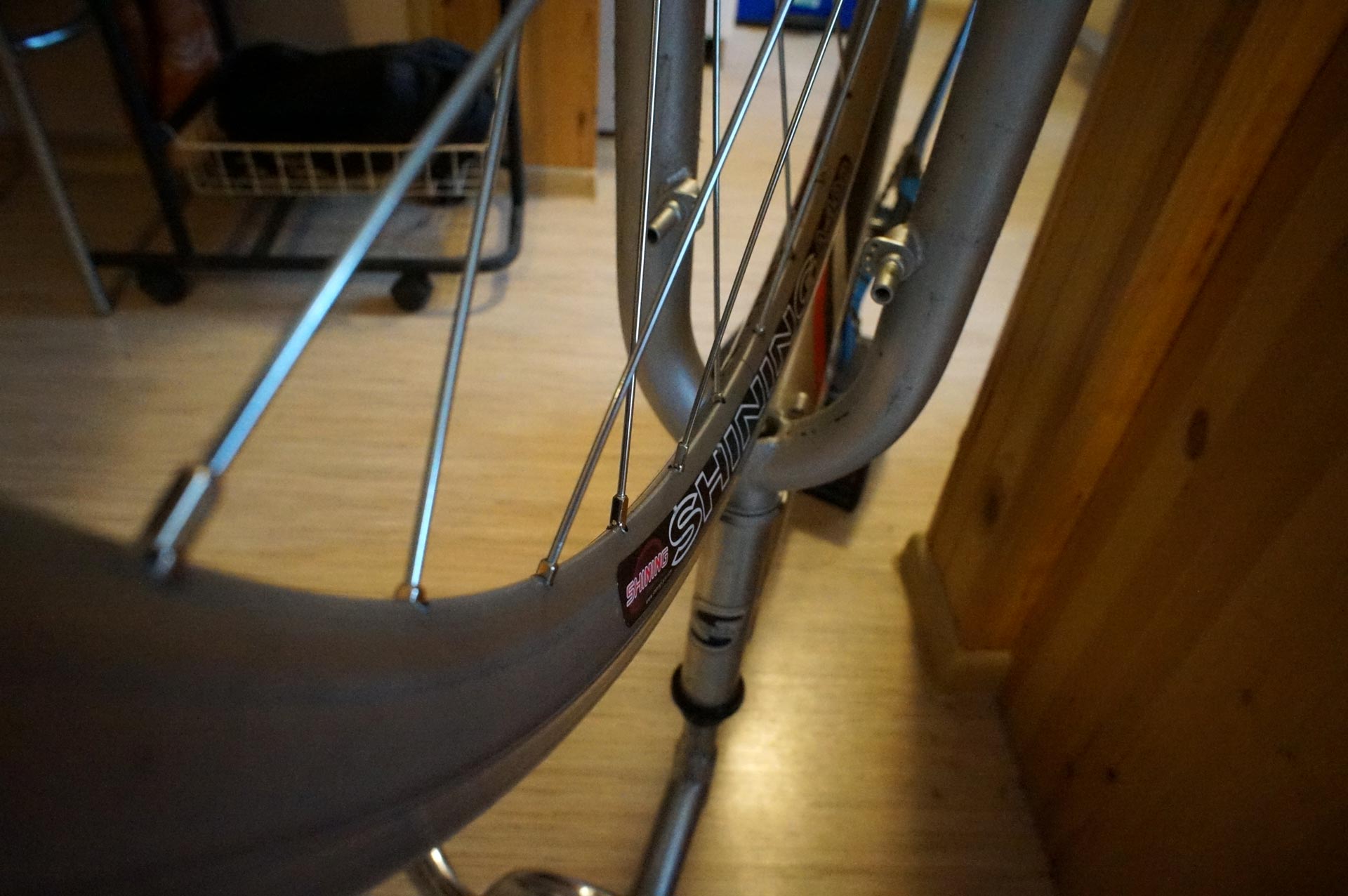 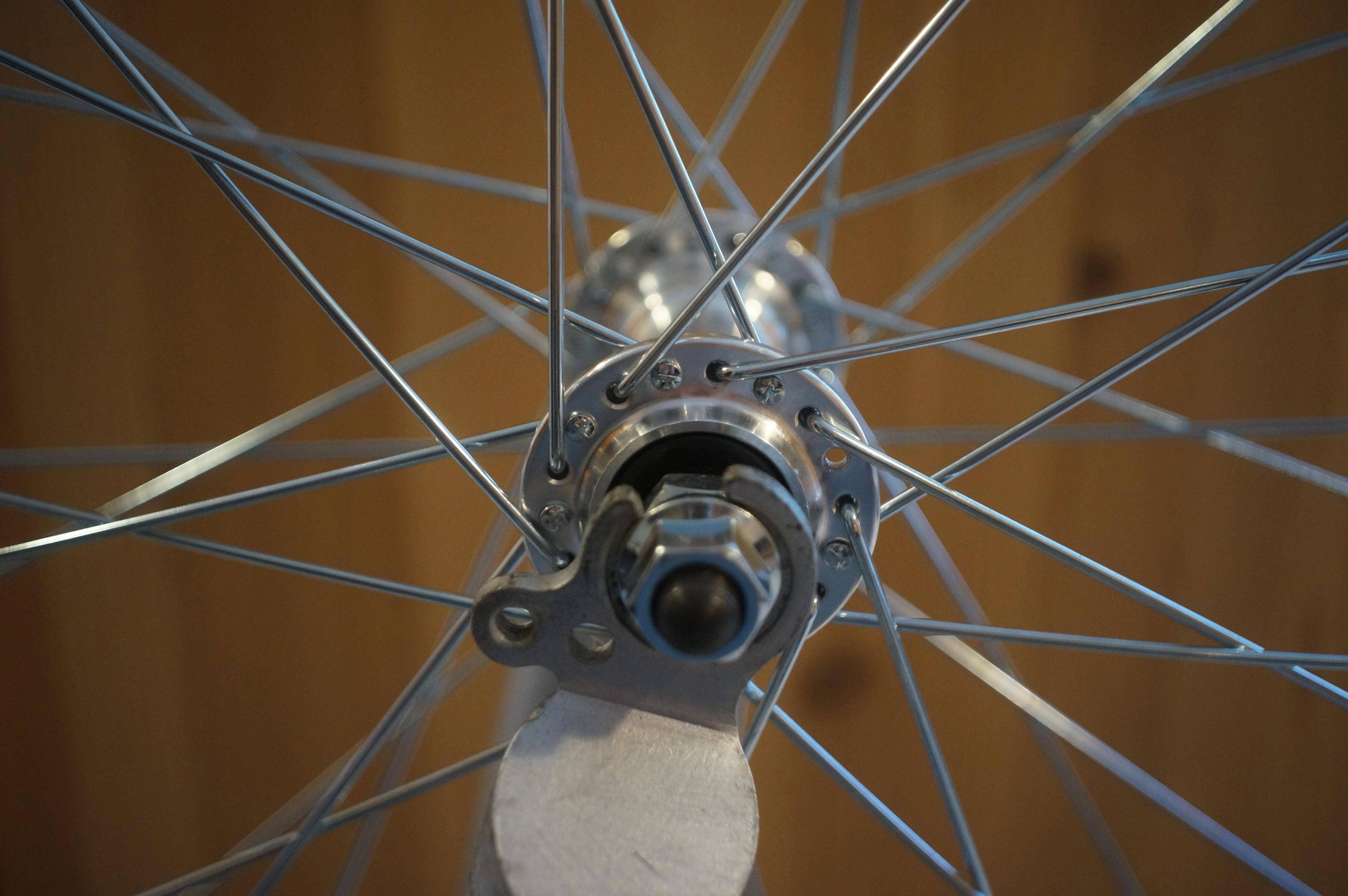 EDIT: I made it over and same issue, rim is trued and all spoke nipples are screwed just to cover the spoke thread.

Heads out spokes go inside rim too far. 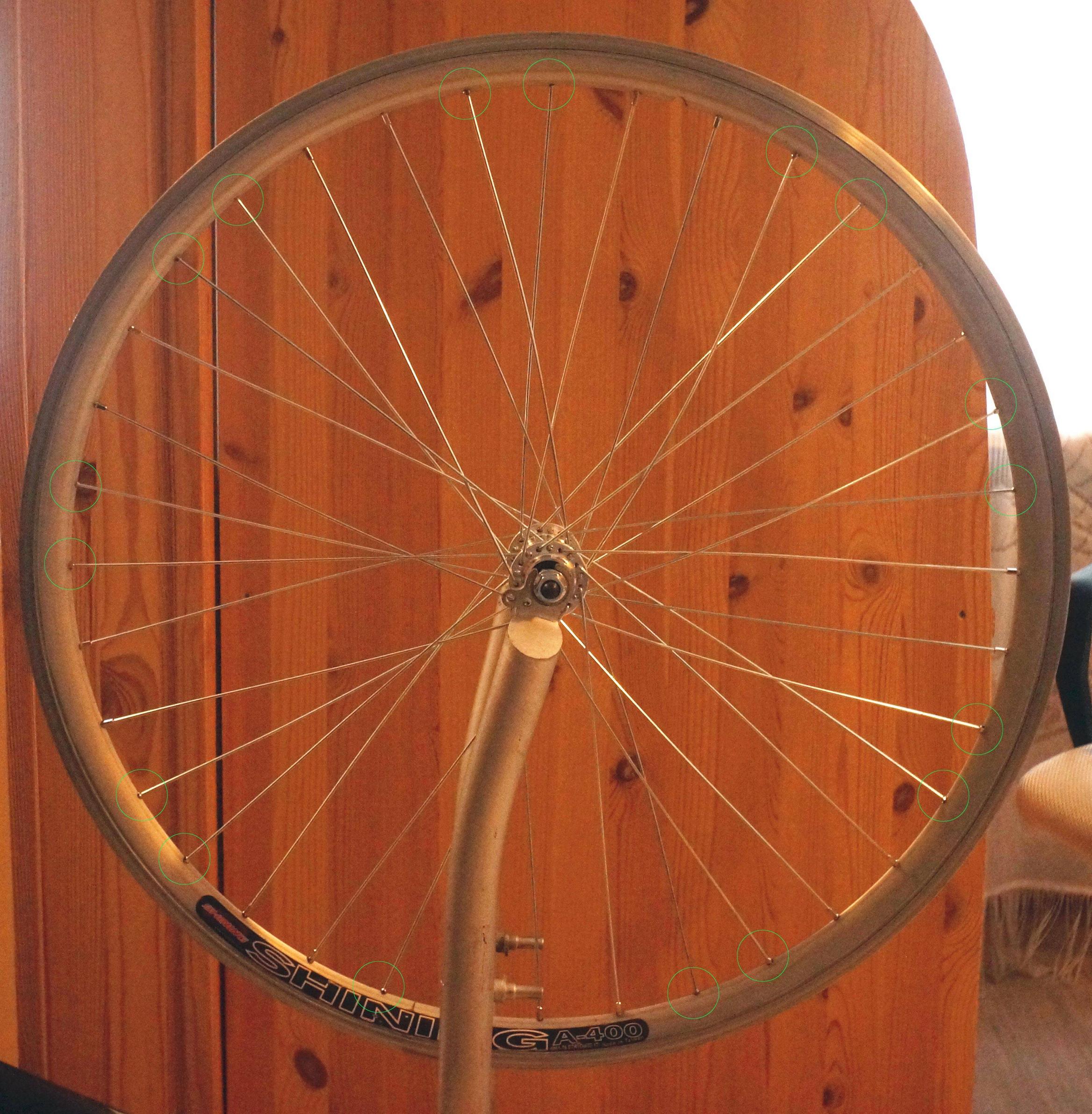 As alluded to in juhist's answer, I believe this wheel is mislaced. On each side of the hub the spokes going in opposite directions are at different angles to the hub.

I have marked up a pair of representative spokes on your image; the same analysis applies to other pairs: 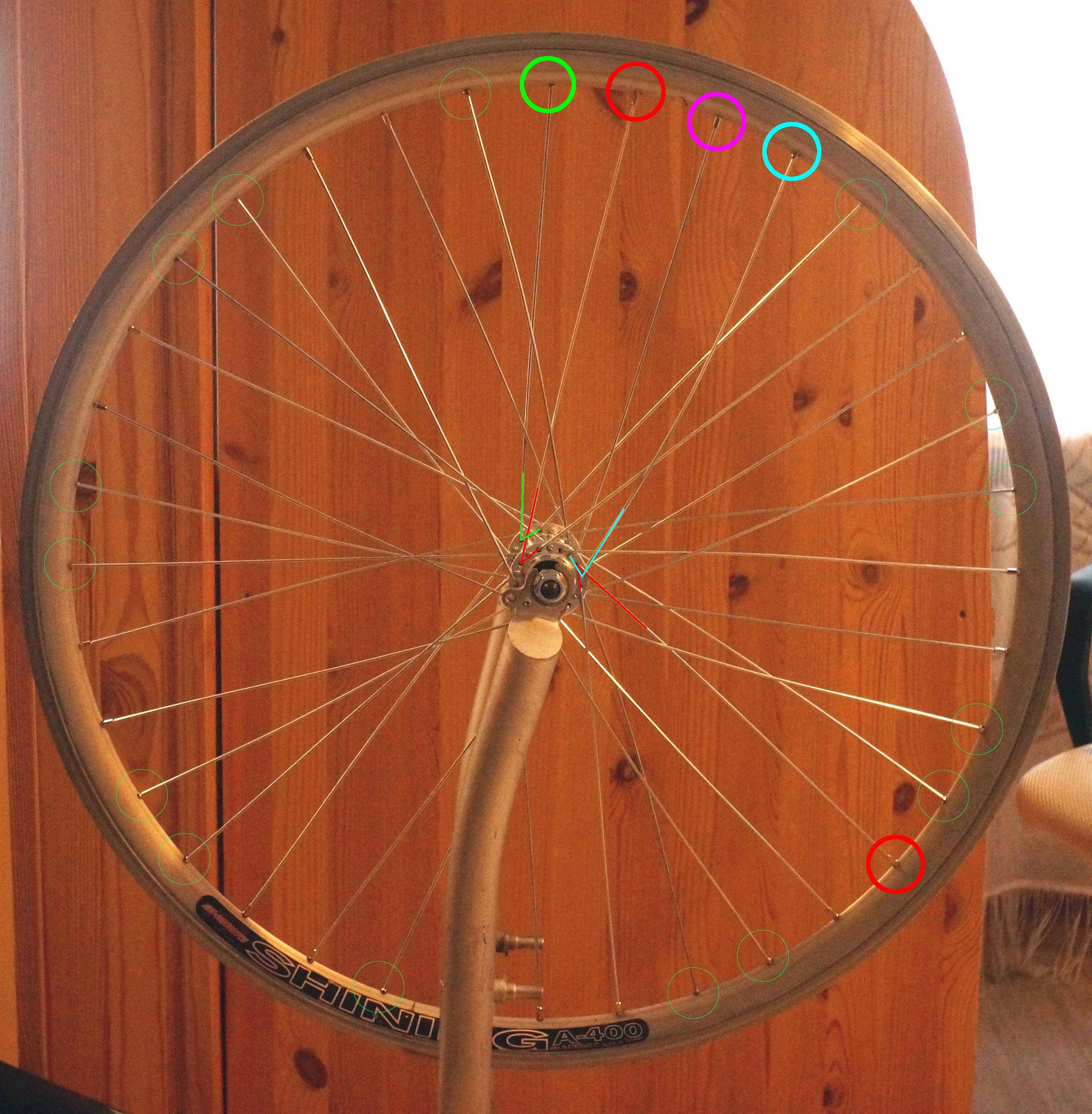 I have selected one spoke that is "too long" (in green) and the corresponding spoke on the opposite flange of the hub that is "correct length" (in red in the upper left). By drawing a line between two holes in the hub (the one it threads through, and the one 2 ahead) we create a baseline that is the same for any spoke. By highlighting the angle the spoke makes to the baseline, we can see that the spokes are not parallel; the spoke on the far hub makes a much steeper angle to the baseline.

At a steeper (closer to 90°) angle, the distance from the hub to the rim is shorter, and hence this spoke appears to be "too long."

I have done the same with another spoke on the same side in the same direction (red, right side) and the opposite direction (cyan) and again you can see that the cyan spoke is at a much steeper angle than the red one. (And also appears "too long.") Since the spacing looks right otherwise, you must have an inconsistency between the 2 sides of the hub.

What I suspect this means is that the first spoke laced on the far side of the hub (magenta) should have been on the inside of the hub, not the outside.

Edit: on second thoughts, there is actually a possible issue you may have caused during the lacing. When lacing the first set of 9 spokes, it doesn't matter which hole you choose. When lacing the second set of 9 spokes, the first spoke must go to the correct hole. If you push a spoke through the test hole, you see that all holes in the left flange are inbetween the holes of the right flange. You need to select the correct hole: if the first spoke in the second set goes to the right side of the first spoke in the first set at the rim, the spoke hole at the hub needs to be just barely on the right side too. Not choosing this hole properly could perhaps lead to an issue where the spokes are regularly too tight, too loose.

Not the answer you're looking for? Browse other questions tagged spokes wheel-building wheel-truing or ask your own question.

3
Why is it important to keep equal number of turns when building a wheel?
0
Do I need to use thread locker or spoke prep when building wheels if spokes come pre-treated?
0
Rim compression after tire inflation
4
Wheel building - ever encountered nipples that are screwdriver-only?
6
Spokes both too long and too short on same side of wheel
20
Purpose of 'bore' on spoke nipples - why are spoke nipples not threaded through their entire length?
3
Spokes are too long for wheel build. What did I do wrong?
1
Proper spoke tension when dishing to the side of the hub
1
Wheel building - how to tighten spokes to have perfectly equal tension
0
Wheelbuilding spoke tension vs lateral truing