I have a new rear derailleur (Microshift Advent X) which uses somewhat oversized cog wheels with 12 and 14 teeth. I am known to wear these wheels during the winter season, so I am already planning for spare parts.

I have a small stash of smaller 11 teeth pulley/jockey wheels and I wonder if I could install them when the time comes, instead of looking for matching larger spares. The benefits are that the 11-teeth parts are quite more widespread, but what are the possible problems that this could create?

Here are some negative things that I can imagine, but maybe I am missing something or underestimating the consequences.

derailleur-rear compatibility frugal microshift
Share
Improve this question
edited May 27 at 6:28
Grigory Rechistov
asked May 10 at 8:51

I am now in position to answer my question, as I've obtained practical results of an experiment described in the question.

I managed to destroy an upper pulley wheel when it met a stub. The rest of the derailleur was undamaged. 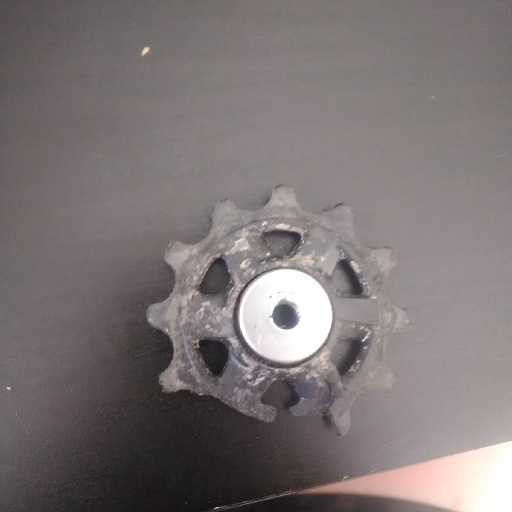 The damaged guide pulley had 12 teeth (not 13 teeth as I originally miscounted). I only had 11-teeth replacements from SRAM in my reserves. So I went ahead and replaced it. I also shortened the chain by 2 half-links as I felt it was just a bit too long as well.

The main adjustment that I had to do to make it work was to ensure that the cage would not touch the cassette when climbing from the next-to-biggest cog to the largest cog. The B-tension screw of the derailleur was turned until there was a gap between these parts. A smaller diameter of the replacement part brought the cage closer to the cassette, so that had to be accounted for: 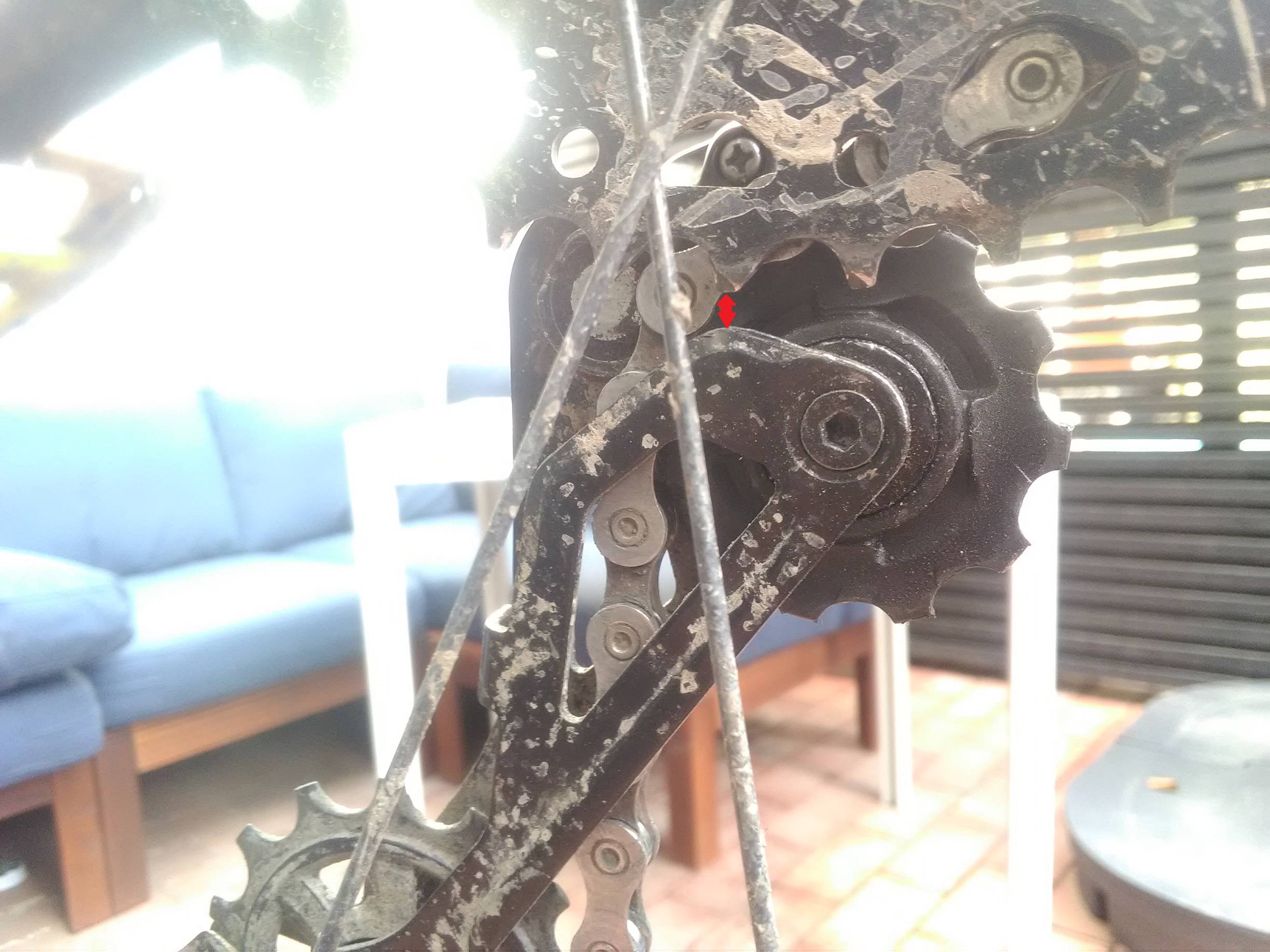 During the next two weeks, the repaired derailleur worked without noticeable differences compared to how it shifted before.

I have just received and installed a replacement 12-teeth upper pulley wheel from the manufacturer (the part is not available aftermarket yet). Again, I have not noticed any difference in shifting.

When people put in wider than stock pulleys, one possible outcome is the chain winds up getting jammed between the tension pulley and the cage. That can result in a destroyed derailleur and/or frame. This may not be common per se, but I've seen it enough that I'm very conservative about never using anything but the original thickness.

Not the answer you're looking for? Browse other questions tagged derailleur-rear compatibility frugal microshift or ask your own question.

3
Derailleur twitching in low gears
2
Can you take apart rear derailleurs, and how do you put them back together again?
1
Upper pulley on rear derailleur (jockey?) very close to cassette?
7
Effects of jockey wheel sizes & types
1
What are the causes of rear derailleur chain noise?
8
Rear derailleur cage hits largest cog on cassette
3
Chain jumping, unsure why
6
What is going on with my derailleur?
4
Bearings vs. bushings in rear derailleur jockey wheels - which should be more resistant to contamination?
0
Drivetrain problem!