Does anyone know this brand? I’ve never heard about and couldn’t find anything on Google

It says “PRIMA CYCLE” but I’m not sure its the name of the brand. Any Idea? 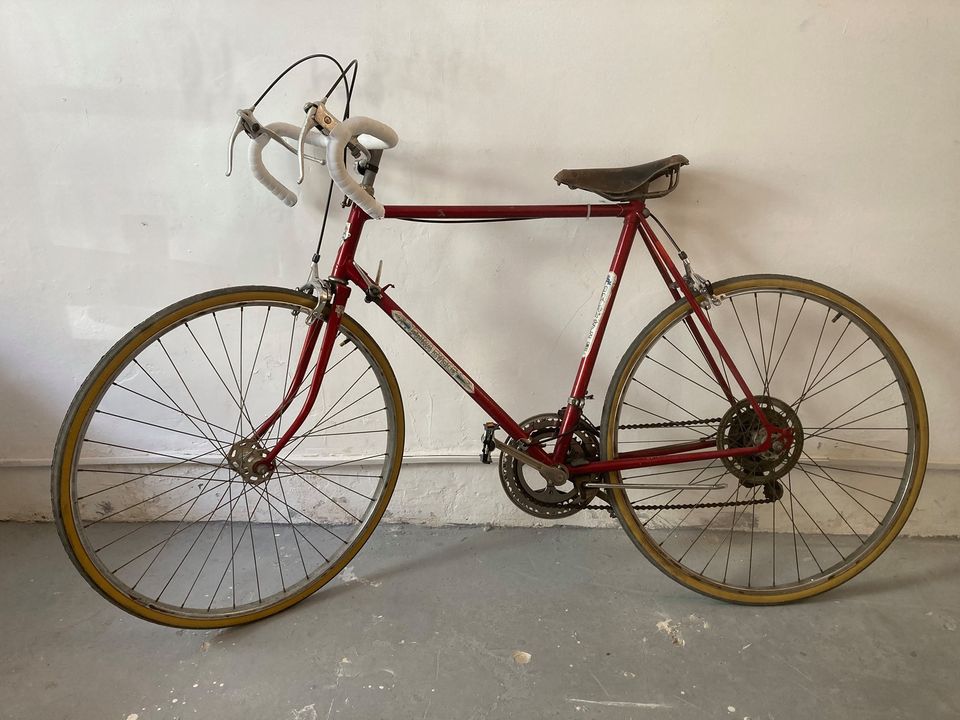 identify-this-bike vintage road
Share
Improve this question
asked May 12 at 8:50

That's probably because this bike pre-dates the internet by decades. Anyone connected with the brand is likely a minimum age of 70, or has long since passed away. I have a similar `80s bike from Vincere and there is literally no information to be found anywhere.

What we can see is a 1970s bike at the latest - the cranks are attached to the bottom bracket with cotter pins, which would have been out of sale by the 1980s.

The brake levers have sissy bars for braking from the tops. This never really worked well, and was a way to make drop bars more appealing during the bike boom of the 70s and 80s, when oil prices were high.
Left brake-front wheel suggests this is an American or Continental setup. English/Commonwealth/Japanese bikes tend to have the brake levers swapped in function.

The pedals look to be pressed steel, and are probably newer replacements.

Wheels are probably chromed steel and will be 630mm sized, often called 27 or 28 inch and aren't either. Tyres are still available in this size, but the range isn't large.

All up it looks like a thoroughly nice vintage bike from the late 1970s. The white bartape carries through the `80s aesthetic too, and has been redone recently. (clean white bartape doesn't stay clean long when the bike is being used)

My only significant complaint is that the photo has been taken from the wrong side. Normally we want to see more of the transmission, which is almost always on the right-hand side of the bike. So a bike should be aiming to ride off to our right-hand side.

I have heard of a bicycle called a Puch Prima I don’t know if this links in any way but if it does that might make this bike German if I remember correctly.

Not the answer you're looking for? Browse other questions tagged identify-this-bike vintage road or ask your own question.