I recently purchased a tandem bike frame on a whim, and am having some trouble identify the bike and manufacturer. If anyone is able to help with this, even help identifying the manufacturer would be great. I'm not sure if this is the same 'Sun Cycles Co' from Birmingham, UK, as the logo appears more modern. 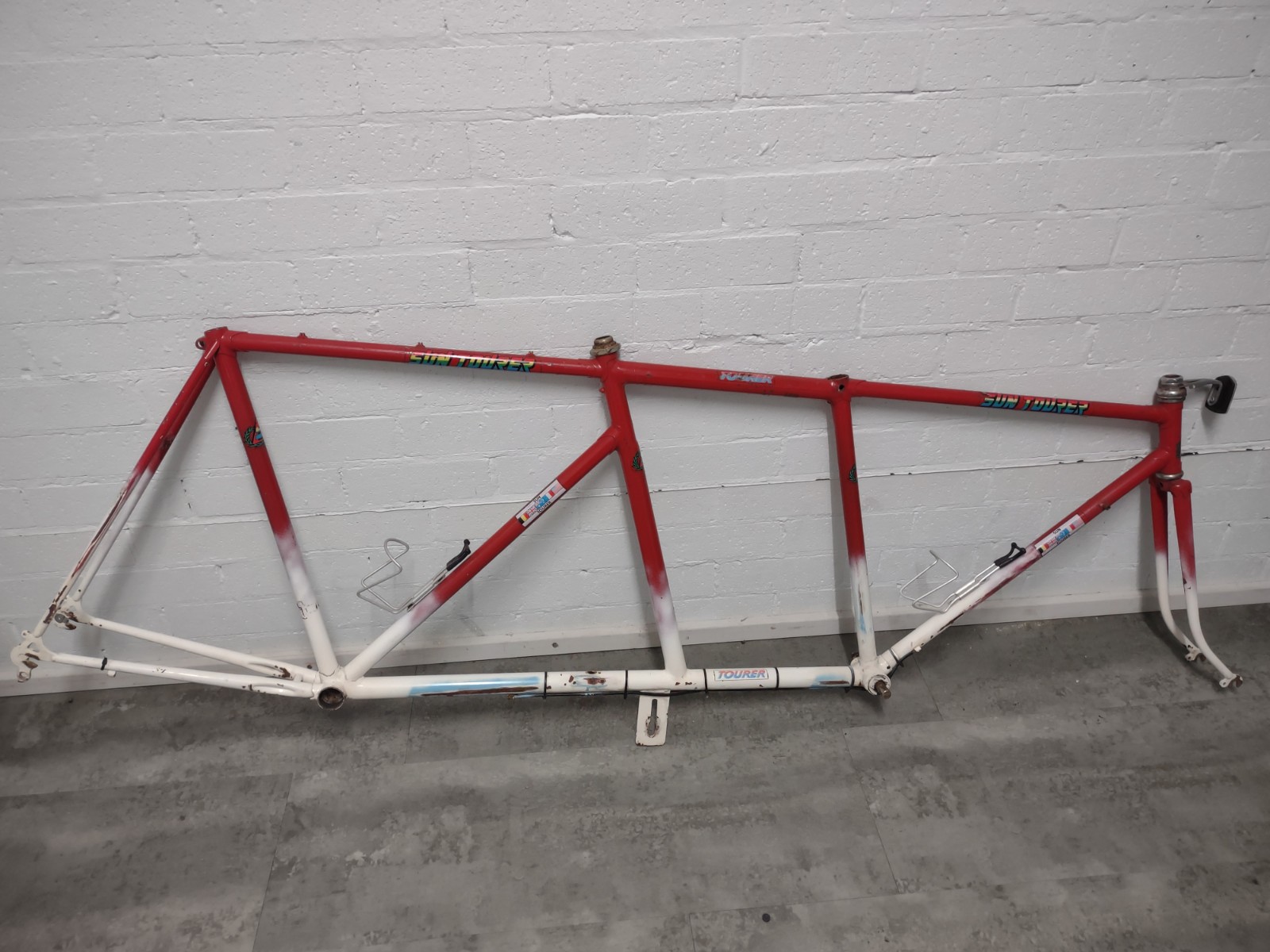 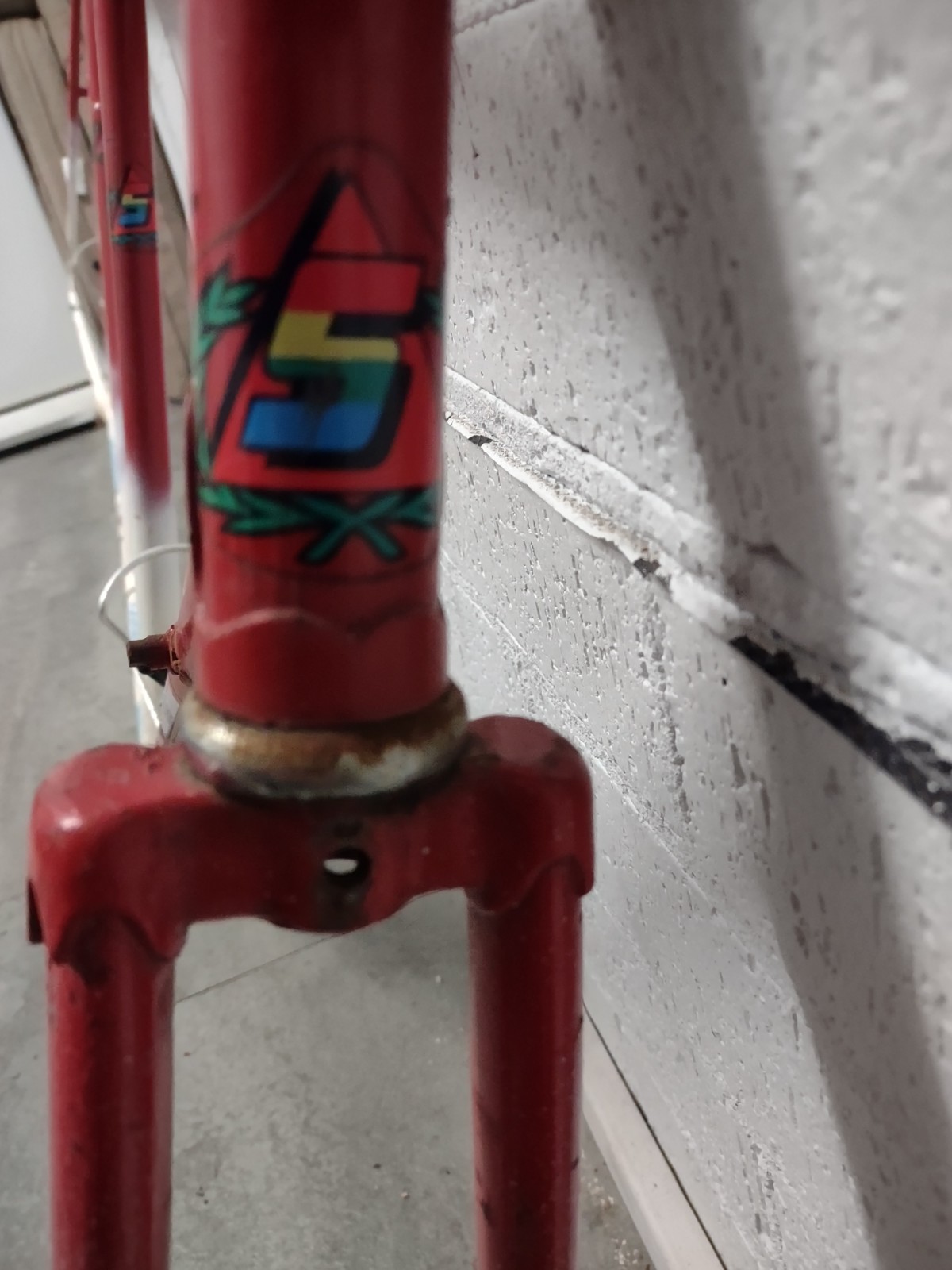 Here are my reasons:

The paint job looks like a can of spray paint, specifically where the white fades into the red. To be fair that's a really hard transition to paint well.

So either the frame builder added some stickers after painting, or they welded it such that the original stickers stayed usable, and only the new welded areas got painted.

Please don't take this as talking down your frame - it will be a loverly bike when you've finished building it. But don't waste too much time trying to identify the brand, when it could have been made by someone in a home workshop.