How much faster when using drops

How much faster would a person on a road bike go when using drop handlebars in drop position vs. using flat handlebars? Assume that the power output is the same in either case and that one is going on long stretches (as opposed to commuting).

BikeCalculator attempts to quantify these different positions. I find it tends to overestimate speeds a bit (probably thinks all roads surfaces are smooth/good).

In my experience you gain about 0.5mph for each of these position shifts: Flatbar -> Tops of drop bar (narrower hands) -> hoods -> drops -> aero hoods (flat forearms) -> puppy paws (forearms on the tops)

Numerous cycling power calculators, which calculate the power required by an average rider to hold a certain speed under specified conditions, are available. One that I like is published by Silca, but it's in beta.

I will be referring to the tops position (which is included in the Silca calculator). This is when you have your hands on the flat part of drop handlebars, as if they were flat handlebars. For reference, as shown by the blog Lovely Bicycle!, the tops position is depicted immediately below. Your torso tends to be a bit more upright than when riding on the hoods, depicted below that. 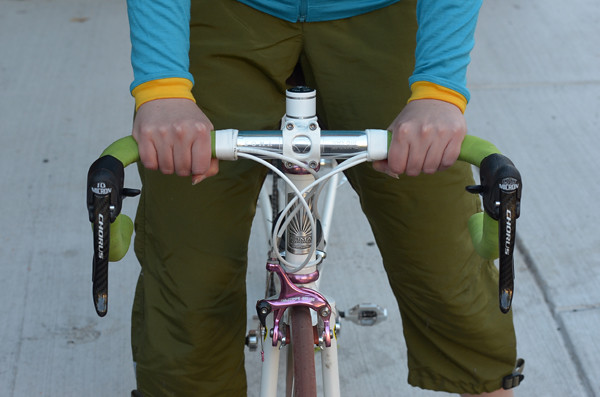 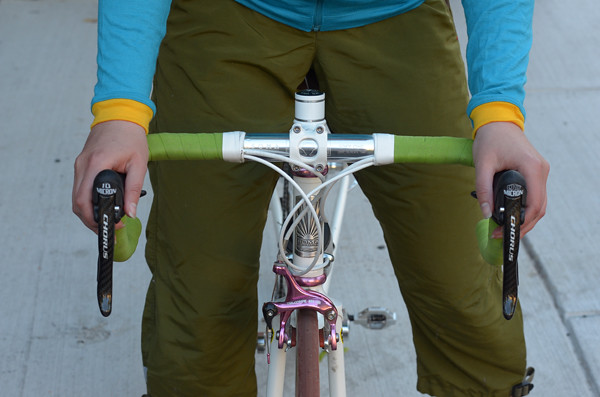 The calculators generally don't address the case of power required for a flat bar bike. Here, we have to extrapolate from basic principles. One trend among professional road cyclists is to switch to narrower and narrower handlebars, in contrast to the previous tradition that your handlebars should be ab out as wide as your shoulders (NB: this is a good starting position for comfort, but one should experiment depending on your needs. Gravel cyclists may be trending towards wider bars for better control off-road.) We can assume that a wider flat bar would be worse drag than the hoods or tops of a drop handlebar, if other aspects of the rider's position (e.g. torso angle) were constant. Thus, I would assume that the reverse is true, i.e. wider bars have higher drag. I'm not that familiar with flat bars, but I believe they tend to be wider than drop bars; the 2021 Specialized Diverge's flat bar variant comes stock with a 750mm flat bar, although I assume many riders will trim their bars slightly to fit. Performance road drop bars typically top out at 460mm wide, with some gravel cyclists using drop bars wider than that. I am not currently aware of any actual aerodynamic testing of flat bar versus drop bar hoods. I am under the impression that testing of narrower handlebars has been a combination of wind tunnel and field testing using a method popularized by Robert Chung, plus received wisdom.

Cyclingtips did a recent write up in conjunction with Xavier Disley, an aerodynamicist and consultant in the UK (he runs the firm Aerocoach). With one test rider, they estimated a coefficient of drag area (CdA) of 0.277m2 on the hoods, versus 0.265m2 in the drops. They calculated that to maintain 45 km/h (27.96 mph, i.e. very fast for a solo rider on the flat), the drops position would save the rider 14.0W. This may not sound like much, but at the power required to maintain 45 km/h, it's quite substantial.

As I mentioned in a comment on the original question, the title is asking for a comparison between flat bars and the drops position on drop handlebars. There are actually several potential comparisons. With flat bars, one thing to ask is how wide they are. I'd assume that they are wider than drop bars, perhaps by quite a bit. Thus, the power required on flat bars should be greater than the hoods position (i.e. most people's default) on drop bars. From there, hoods of drop bars vs. drops of drop bars is another relevant comparison that I just discussed.

I mentioned that most cyclists can't sustain the drops position for very long periods. To clarify, you can (and arguably should) set up your bicycle such that the drops position is not too low, and with some adaptation, many cyclists should be able to spend a significant amount of time in the drops without discomfort, e.g. up to 10 minutes at a stretch or more, possibly for several stretches during a long ride. I do mean that most people probably won't be comfortable in the drops all throughout a long ride.

This totally depends on the power level.

You can experiment with different parameters at http://www.kreuzotter.de/english/espeed.htm

Not the answer you're looking for? Browse other questions tagged road-bike speed drop-bar or ask your own question.

1
How might I measure the proportion of a ride spent in various hand positions, or has it been studied?

9
Drop handlebars with drops that don't fit. Replace or adjust?
11
What is the most efficient way to ride up or down hills, and into or away from wind?
9
How much faster will I be if I lose 10kg (from 100kg, all else equal)
10
How does weight influence your speed when descending?
1
Sit bone pain and drop handlebars
0
How will swapping drop bars to butterfly bars affect bike fit?
1
How much faster does a mountain bike go with slick tires vs. knobby tires
1
How might I measure the proportion of a ride spent in various hand positions, or has it been studied?
22
How much easier is it to go fast on a road bike and why?