How to use this third hand tool

I have looked all over youtube and the web and cannot find any explanation of how to use this tool: 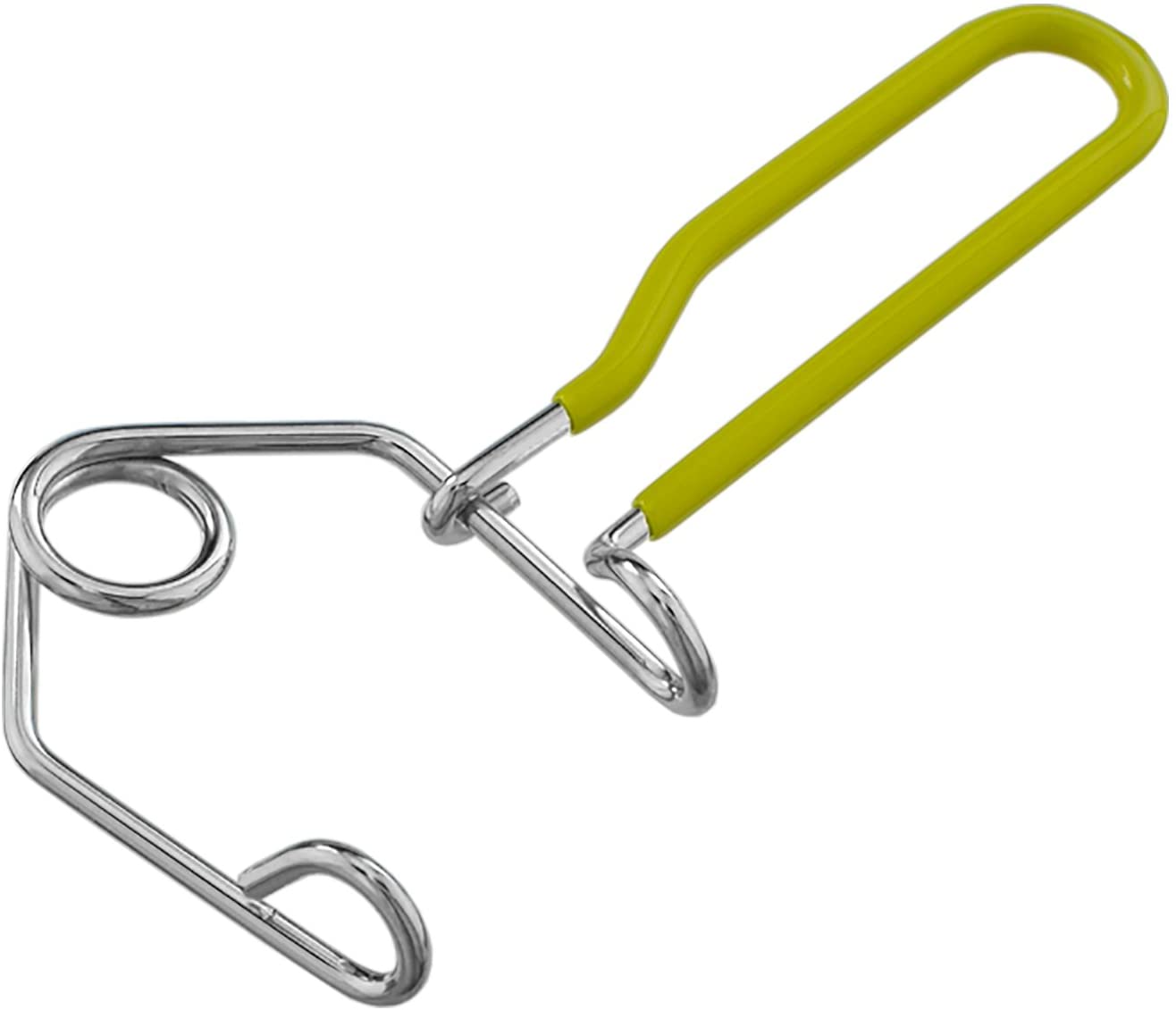 Can anybody explain how to use it?

They hold rim brake pads against the rim. When and whether this is useful has to do with both individual style and the brakes at hand, which is also to say the predominant ones in whatever locale or historical era you're in.

Some mechanics view this tool or ones like it as one of the core fundamental bike service tools. Usually that person's default style of setting up a rim brake will go something like this:

It's a fine way, and note that the third hand tool has sophisticated, expensive versions (VAR), simple commercial ones as pictured, and then all the way down to improvised ones made of scrap. That is a big part of its popularity in many times and places. Fourth hand tools can do a lot of the same things but are a little fancier and more complex by nature.

The late 70s bike boom saw a very large number of bikes produced with centerpull brakes that used fixed-length straddle cables and relatively strong return springs. My understanding is third hand tools were popular then because they're useful in keeping the setup process straightforward, where it can be clumsy otherwise. For example, one can clamp the pads, set the barrel adjuster, pull the cable tight as it passes through the yoke with a fourth hand or pliers, and then anchor the cable.

Another application for them is to help get more precise control over the angles during cantilever brake setup. One of the fundamental areas of concern with canti geometry is the angle created by the point of pad contact with the rim and the cable anchor on the arm as one line and the arm anchor and the straddle cable's point of contact with the yoke as the other. To establish this angle how you want it, you either need a way of holding the pad against the rim or simply visualizing or otherwise "knowing" it. Experienced mechanics tend to get good at the latter approach, but third hand tools can help do it the former way, which is also fine. Using the tool this way you would establish your brake pad position without any cables attached, then apply the third hand, then anchor the yoke on the main brake cable at the point that gets the geometry you want, then dial out the barrel adjuster as above, and finally pull the straddle cable tight with a fourth hand or pliers as you anchor it to the brake arm, then dial in the barrel adjuster. In particular, 90s Shimano and similar low profile cantis can be set up with good results this way by using a 90 degree angle and setting the post extension such that the flat part of the arm is parallel with the rim sidewall. The third hand isn't explicitly needed but it can help give more control for someone that hasn't learned all the shortcuts yet.

I'm pretty sure the tool is used to hold rim brakes closed (i.e. against the rim) while setting the brake pads. I found a repair manual that shows it in use on page 2.

Should work with cantilever, single and dual pivot caliper, U and V brakes, and most other rim brakes that squeeze toward the opposite pad. Will not work with rod or spoon brakes. 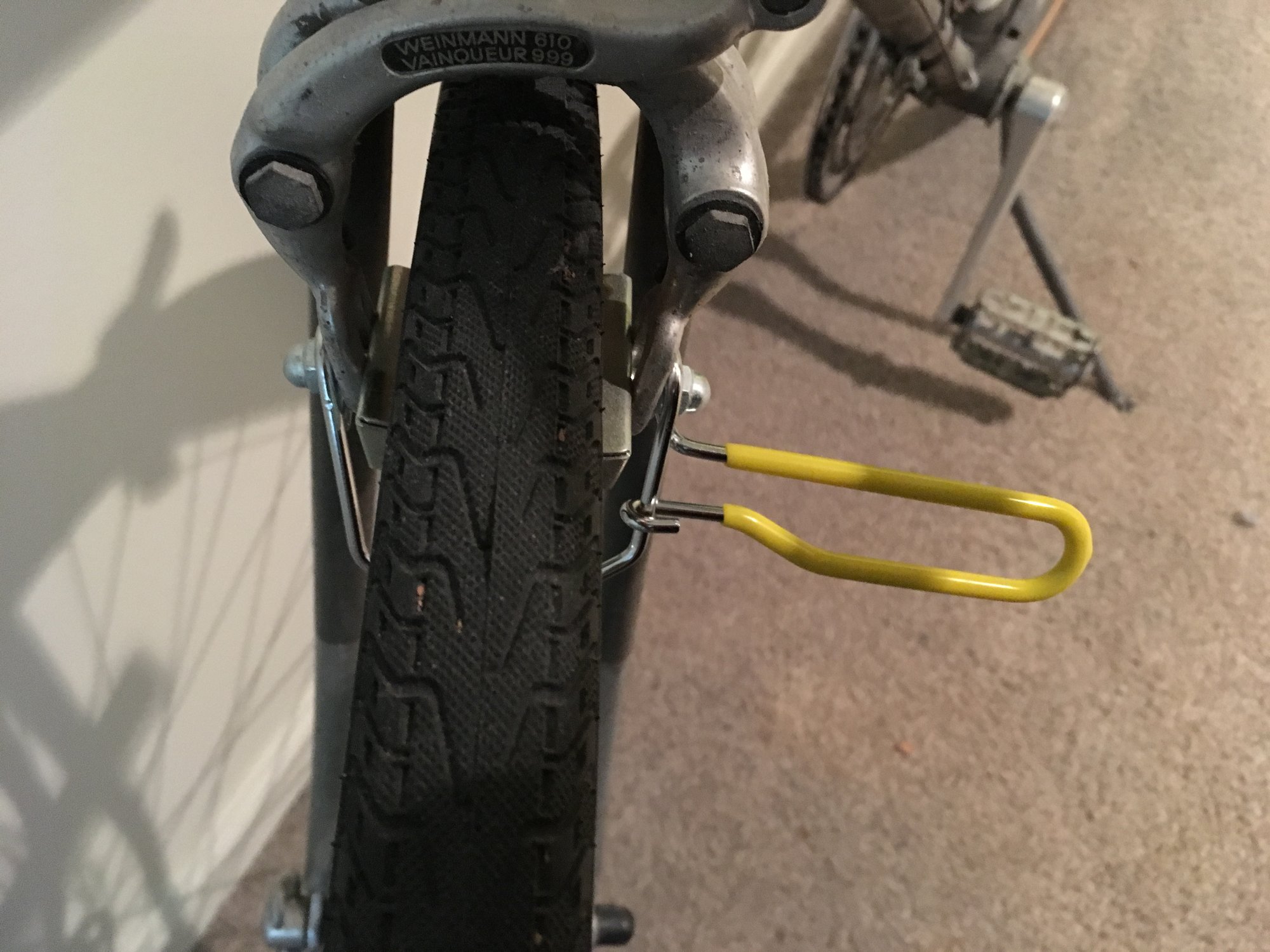 Note that the loop-de-loop spring goes under the tire, between the spokes.

Not the answer you're looking for? Browse other questions tagged tools or ask your own question.

11
How to objectively evaluate torque wrenches?
2
Stationary bike "clicks" when pedaling - crank axle is moving sideways. How can I fix this?
4
Is the Park Tool Allen Wrench going to strip out bolts?
2
Trouble Removing bottom bracket. Is it my Tool?
4
What is this tool for?
4
Possible to identify sprocket without taking the bike apart?
16
Are bleeding kit syringes single use?
3
Tightening a loose bottom bracket
5
Torque wrench specs & features for small to medium jobs