Why some IGH have off-center flanges?

I was browsing specifications of internal gear hubs and noticed that many of them have flange center moved to left (relative to hub center). I'm wondering why, I think IGH should have symmetrical flange distances for same spoke tension on both sides. 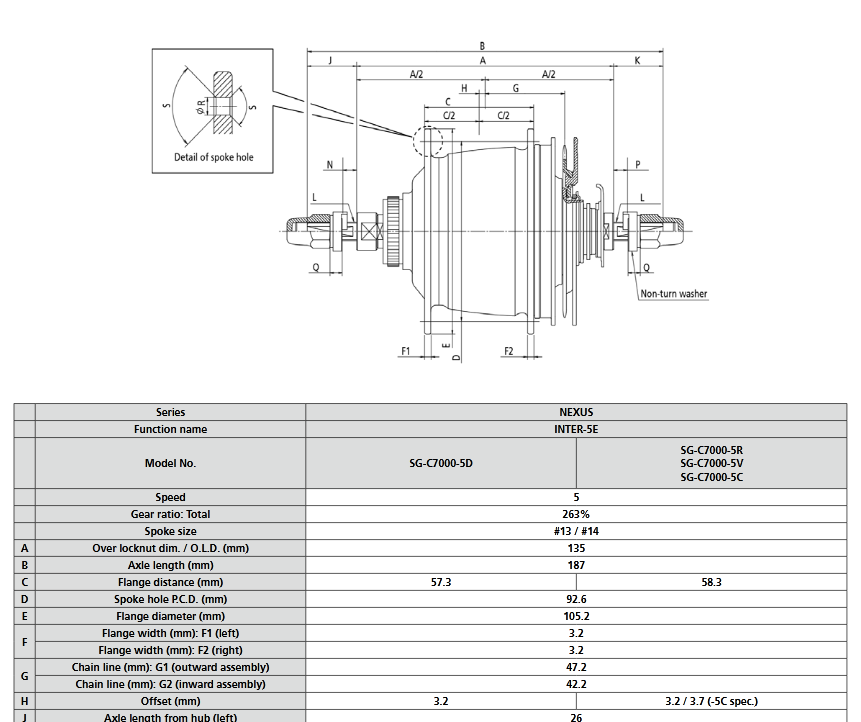 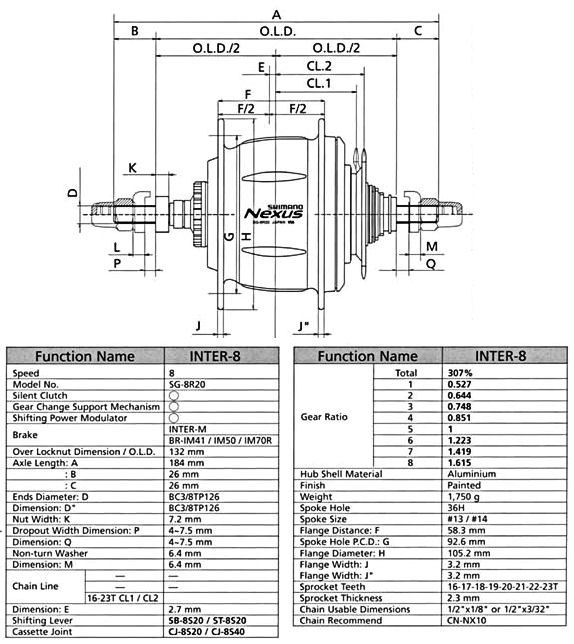 hub internally-geared-hub nexus
Share
Improve this question
asked May 21 at 10:04

It's a good observation.

Symmetrical flange spacing and the maximized total spoke tension it provides is exactly what one wants in some applications, but not all. If you're designing a hub you have to think about what is enough total tension and then parlay the benefits of getting "extra" strength above that amount versus the drawbacks of reducing the bracing angle, albeit only in one direction. When wheels fail in practice, a pretty meaningful percent of them fail from side loads. So when you see this asymmetry on hubs that could have been made symmetrical, it's the designer making decisions on what will actually produce better reliability on average.

An exaggerated version of the same thing is seen on track hubs. They're the most could-be-symmetrical hubs of all, but proper track racing hubs usually aren't. The reason is that radial overloading is just not that much of a concern, but crashes and heavy sprinting riders rocking the bike side to side are.

So far my findings are that this offset may be to equalize bearings load, as it is in case of car wheels offset.

Not the answer you're looking for? Browse other questions tagged hub internally-geared-hub nexus or ask your own question.

14
Why not have the gears inside the bottom bracket?
2
Can an IGH have the same maximum overdrive-ratio as a crank-sproket setup?
2
Why does my chain slip off the chainring when cruising or back pedalling?
3
Chain coming off with internal hub gear bike - why?
4
Can I replace loose ball bearings with caged ball bearings in my hub?
3
Why are rear wheels dished?
1
Why are IGH minimum gears expressed as ratios not contigent on wheel size?