I'm planning my first installation of an ebike battery by drilling/riveting the frame (photo of the battery below), here are some details about the project:

As you may have guessed, I wish the installation to be really sturdy. The bike will be stressed, and I'm really worried about breaking bolts because of sideways force (for example if the bike falls down). So I want peace of mind about this. Also, I encounter many DIY ebikes having battery wobbling issues, and I'd like to avoid that...

So, steel rivets may seem to be a better pick than aluminium rivets, but I think they have a major drawback: if there is an issue with a rivet (e.g. it gets loose and turns on itself), an aluminium rivet would be very easy to remove, just by drilling it, whereas drilling steel would be much, much more difficult. (I know it, on a screwed up steel bolt, I had to drill for many hours, just to remove a very small amount of material...)

Thus I'm hesitating between aluminium and steel rivets, though I'm bending towards aluminium because of the above issue. What are your insights about this?

Update: Here are some details following up to your first answers and comments:

So, shall I opt for steel rivets? 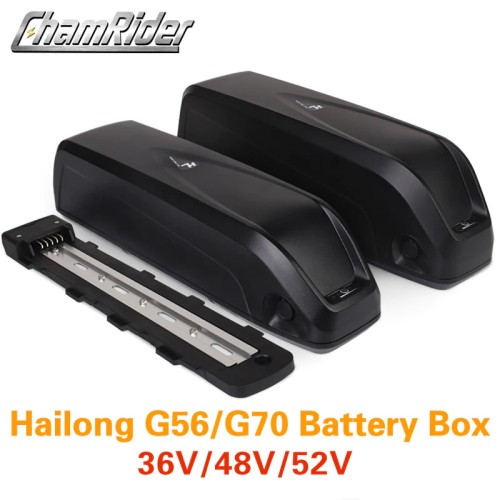 Personally? For a heavy battery mounted on raised/cantilevered supports, I'd suggest looking at a welded support and forgo rivets completely.

If you do use rivets, I'd match the metal to the frame to eliminate galvanic corrosion issues. Four rivets might not be enough - depending on how your mounts touch the frame, you might want "foot-like" lugs, with one either side and at least one in the foreward or aft direction.

Or look at mounting rivnuts in the frame instead, and then use decent bolts into those to hold your battery frame.

Batteries are surprisingly heavy - I once made a 3 point bracket for inside a frame's main triangle. It used the bottle cage mounts, along with metal straps to the top and seat tubes. It was barely capable of holding the batteries even with a triangle of stability.

2
DIY ebike: what system to choose for adding space between frame and battery?

20
How many years an aluminium frame lasts in a touring bike?
2
Harsh Winters bike - Steel vs aluminum frame?
7
Bike with a hi-ten steel frame for getting around the city?
0
Proper dedicated ebike frame with motor in the middle or the diy swap the wheel approach
1
eBike winter battery power
6
Can and should one install rivnuts into an aluminium frame?
2
Is this old steel frame MTB too big based on standover clearance?
2
DIY ebike: what system to choose for adding space between frame and battery?
0
eBike: use 48v motor with 36v controller and battery
2
Vertical mark on chainstay?