Any idea what this is before I buy it? 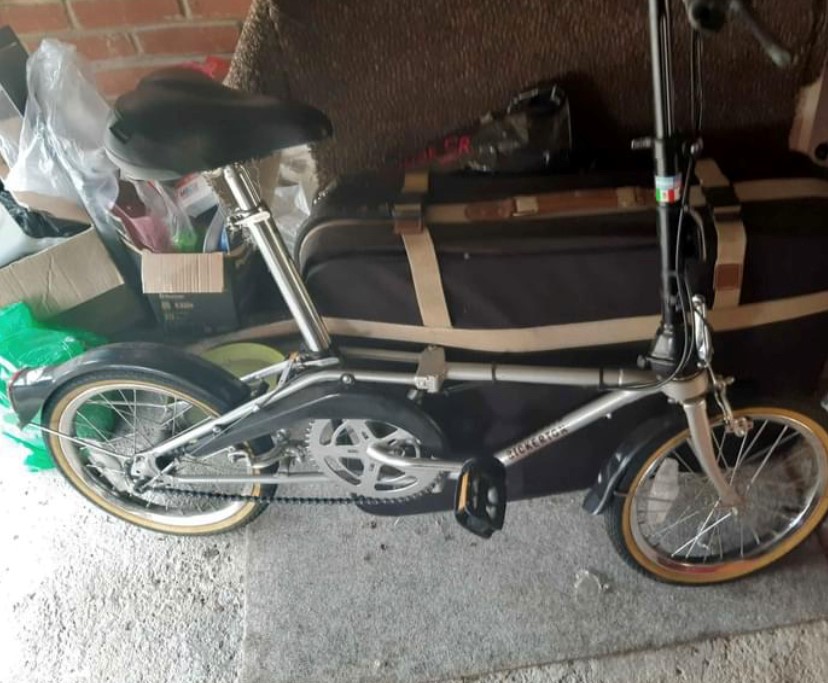 I Found this locally. What is it? It is currently for sale for what looks like a good price and it's in pristine condition, no rust - looks like it's never been used!

Do you know what kind of bike (manufacturer, model) is this bicycle?

I want a bike I can keep at work and ride into town every now and then for my lunch (flat and about 2 miles/3km). And also to throw in the car for when i am out an about incase i want to ride a short distance rather than walk it. £150 for it in pristine condition seems like a bargain, and my question was more what is the model ?

This question has been answered a few years ago. Identify this old folding bike that I got from the tip - an early Dahon?

It's a rebranded Dahon folder and quite unusual. I leave my previous answer below

The history of Bickerton bikes is quite amusing-- you should look it up. They are quite interesting.

The newer model you have here will probably be a better bike than the ''design classic'' original.

This appears to be an early 1990s-vintage DAHON folding bike, branded and resold by Bickerton. From 1982 through at least to 1987 DAHONs had a brace that ran diagonally up from the top tube hinge to support the head tube about half way up, as seen in this image: 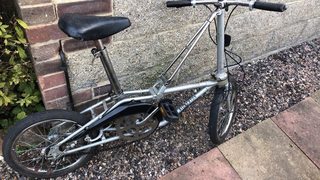 This image displays the bike in Bickerton (instead of DAHON) branding, which is very close to your picture.

From 1990 on DAHON removed that brace, and adopted the pattern of fenders (including the molded-in rear reflector) and chainguard that are in your image: 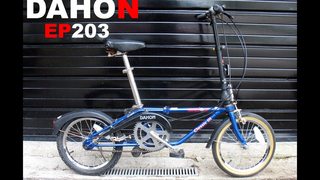 This image is of a 1991/92 DAHON Classic 3 EP203. As you can see, except for colouring and branding, it is nearly identical to the one in your picture.

I have found some photos of Bickerton bikes branded "Californian", but the "Bickerton" company logo on them is different, so I don't know which came first: 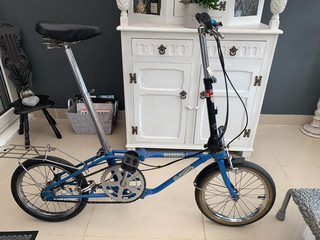 It's a folding bicycle. You can fold it down small(ish) so that it fits inside a car boot or inside a carry bag. At 300 quid in that condition I'd say it's worth it, but I don't know the brand. Folders are usually rather pricey. The question is, do you need it? It's not a good everyday bike, it's a (rather good) stopgap. Do you need to travel by car and then go some distance to where you need to be? Do you commute by train and have to walk the last couple of kilometres or so?

Not the answer you're looking for? Browse other questions tagged identify-this-bike folding-bicycle or ask your own question.

1
Identify this old folding bike that I got from the tip - an early Dahon?

7
What make/brand is this bike marked “Challenger” and “Resistance”?
6
Taking a bike on a sailing boat
1
What exactly are Quest bikes?
5
Any idea what this bike is?
28
Why shouldn't I care what model/make/year my bicycle is?
1
What make and model?
2
Can you help me by ID-ing this bike?
2
What 1990's bike have I bought?
4
Identify depicted African (?) bike
4
Consultation needed! To repair or throw out?