I am not a bike expert, however I enjoy working on modern single speeds and beach cruisers, and learning as much as I can along the way. I have tried to teach myself, via the internet and by asking around at a few local bike shops, about this 1976 Sears Roebuck bicycle that I have, but I have not had much luck. I have never had a bike this old. Not knowing if this bike is complete, I have had trouble finding out which parts might be missing. Nonetheless, this is an incredible bike and I am eager to keep it in riding shape. I am open minded and truly appreciate all information and advice that you have to offer. Thanks!

Moving forward, I am seeking to get a new complete 1" threaded standard bicycle headset that would fit this bike. I am hoping this will fix the problem I have been dealing with. Are parts like these still available for this setup? If so, is one manufacturer better than another? And where is my best bet to look? 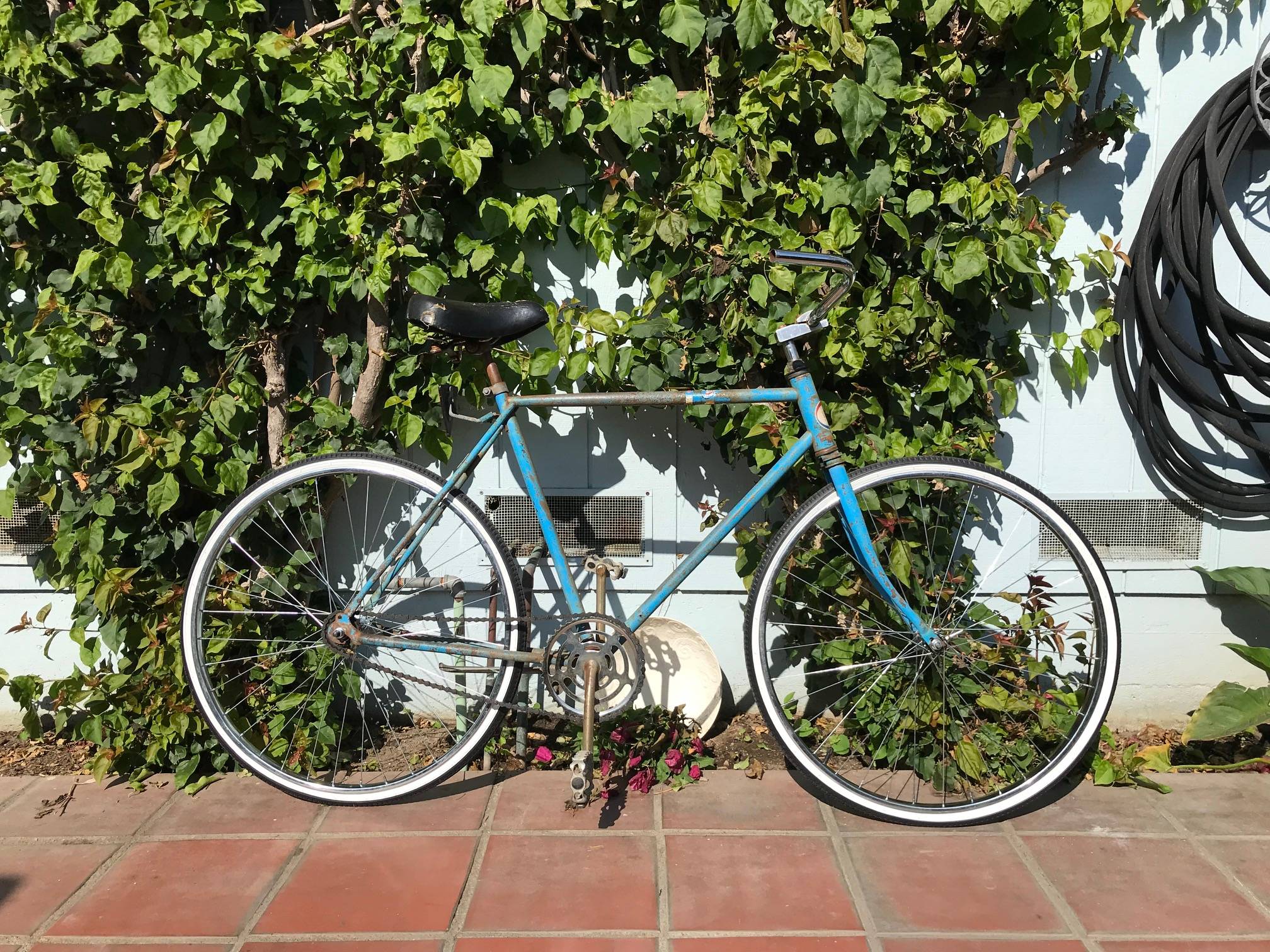 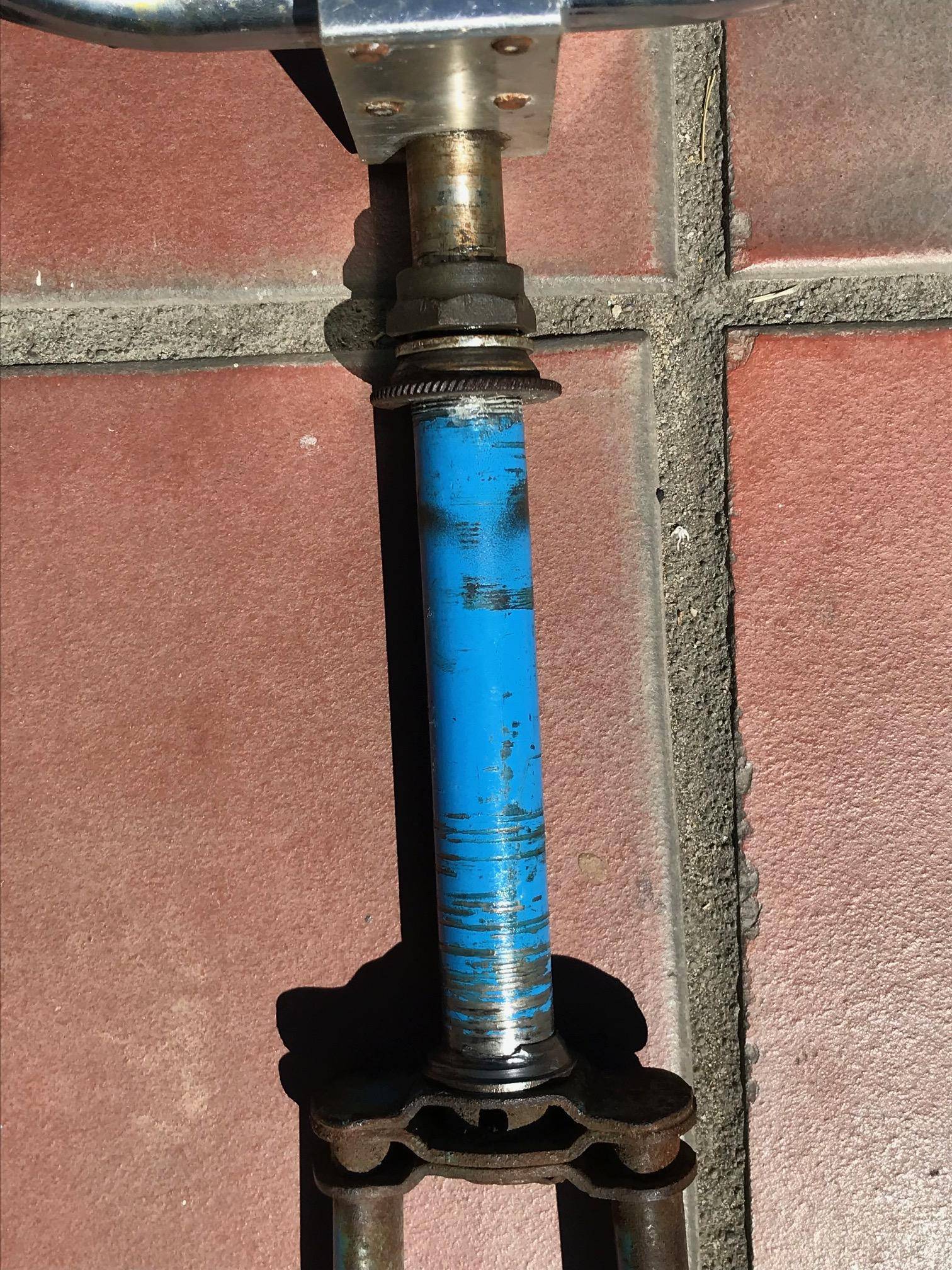 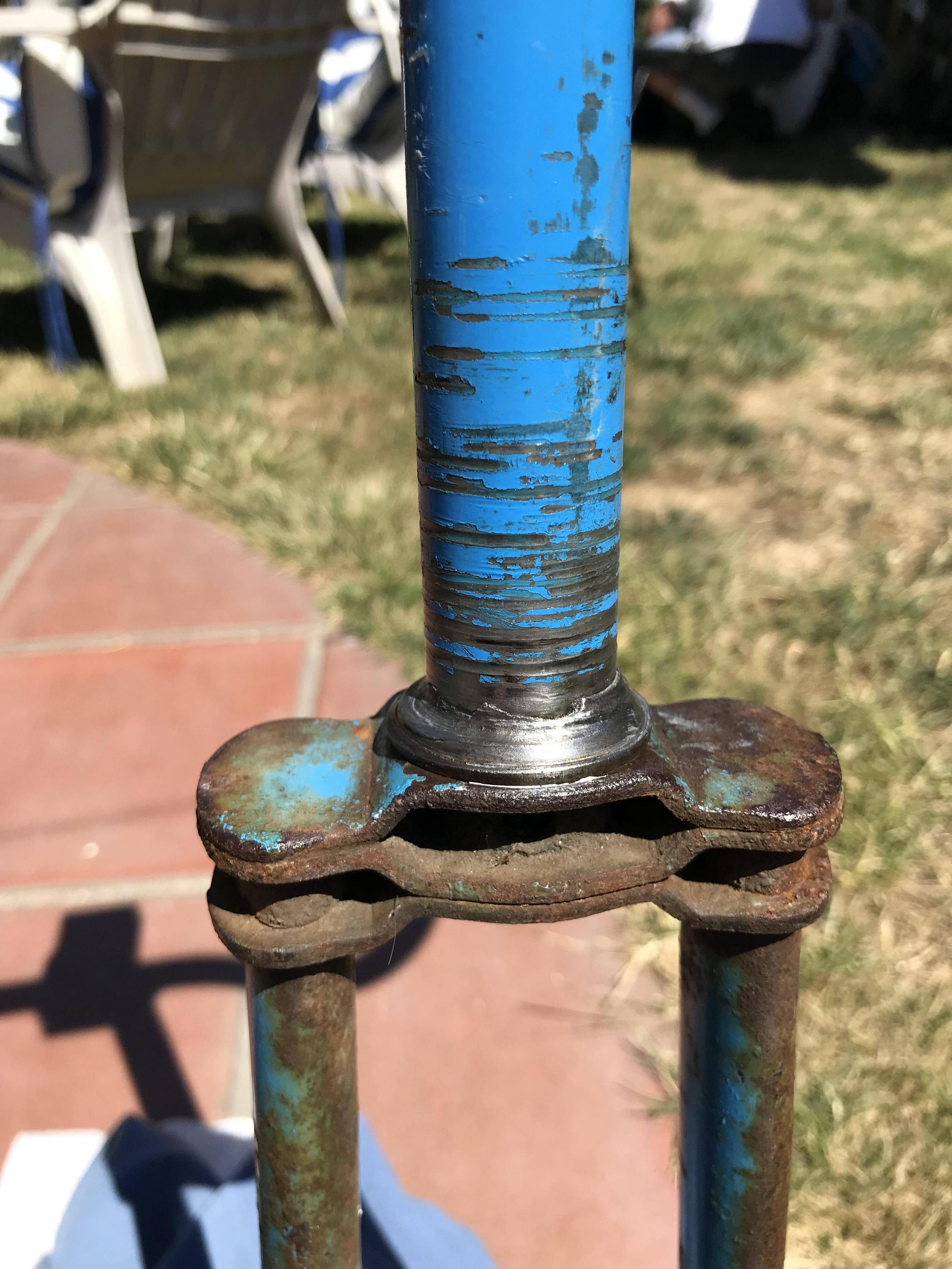 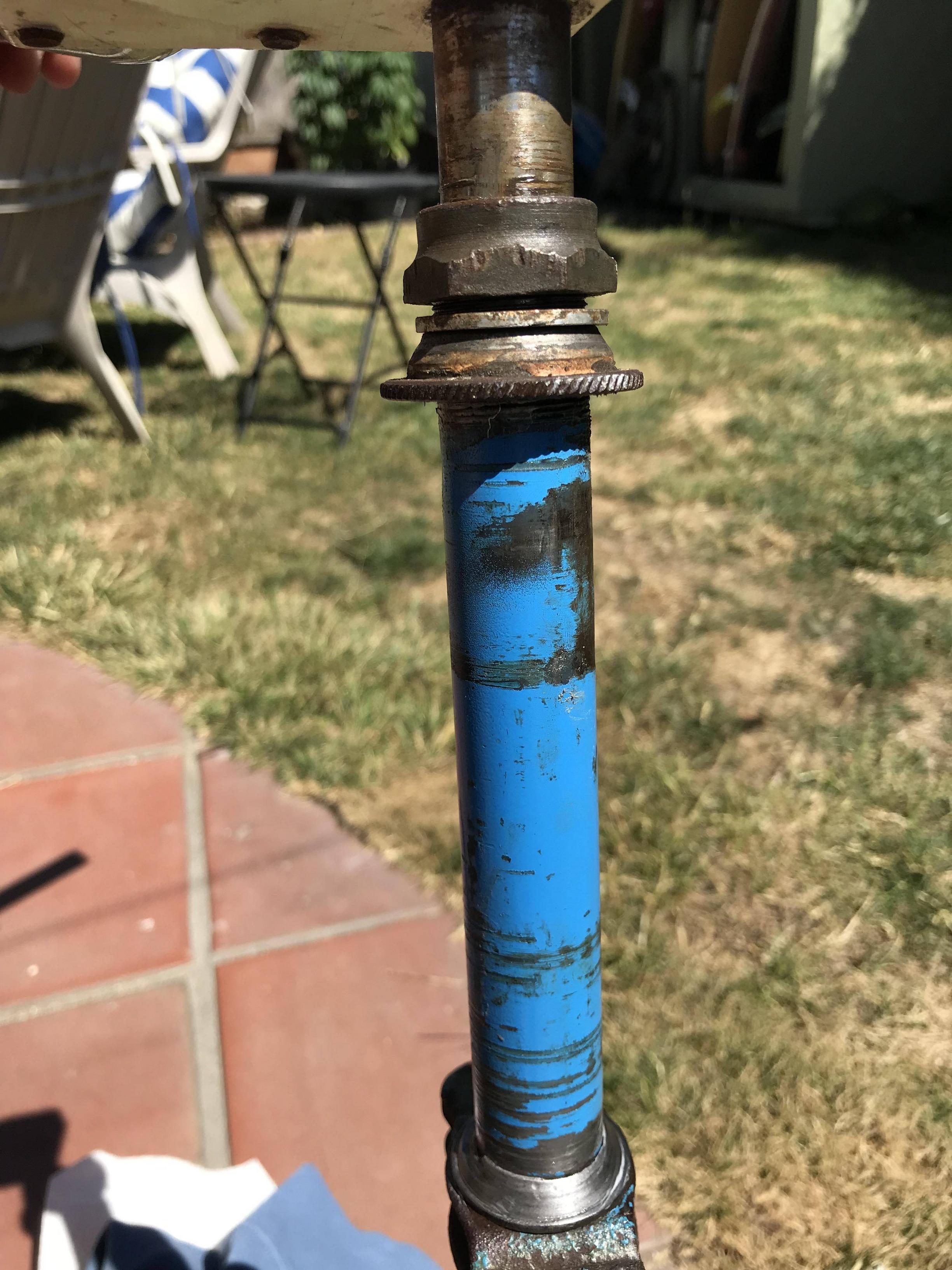 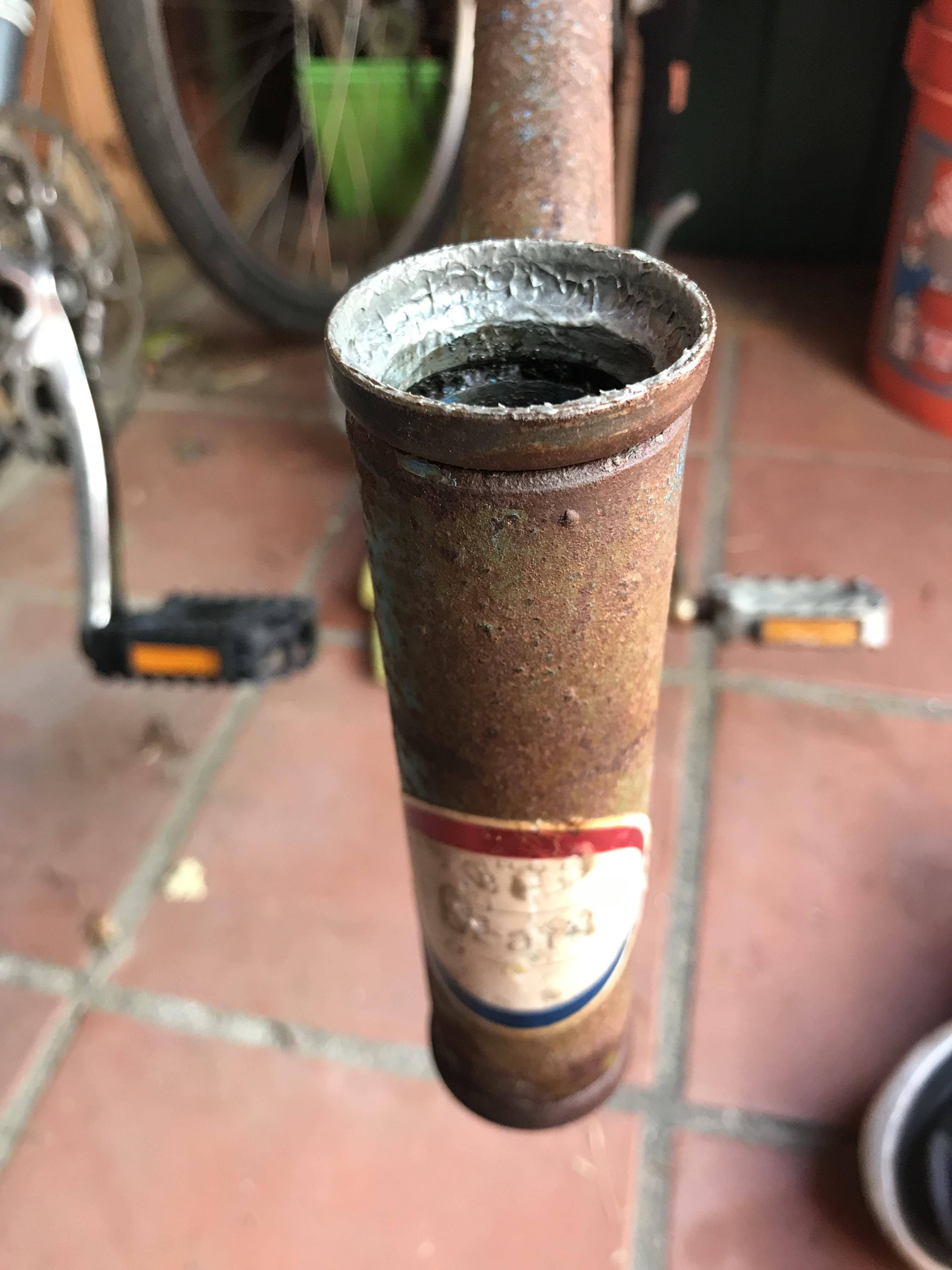 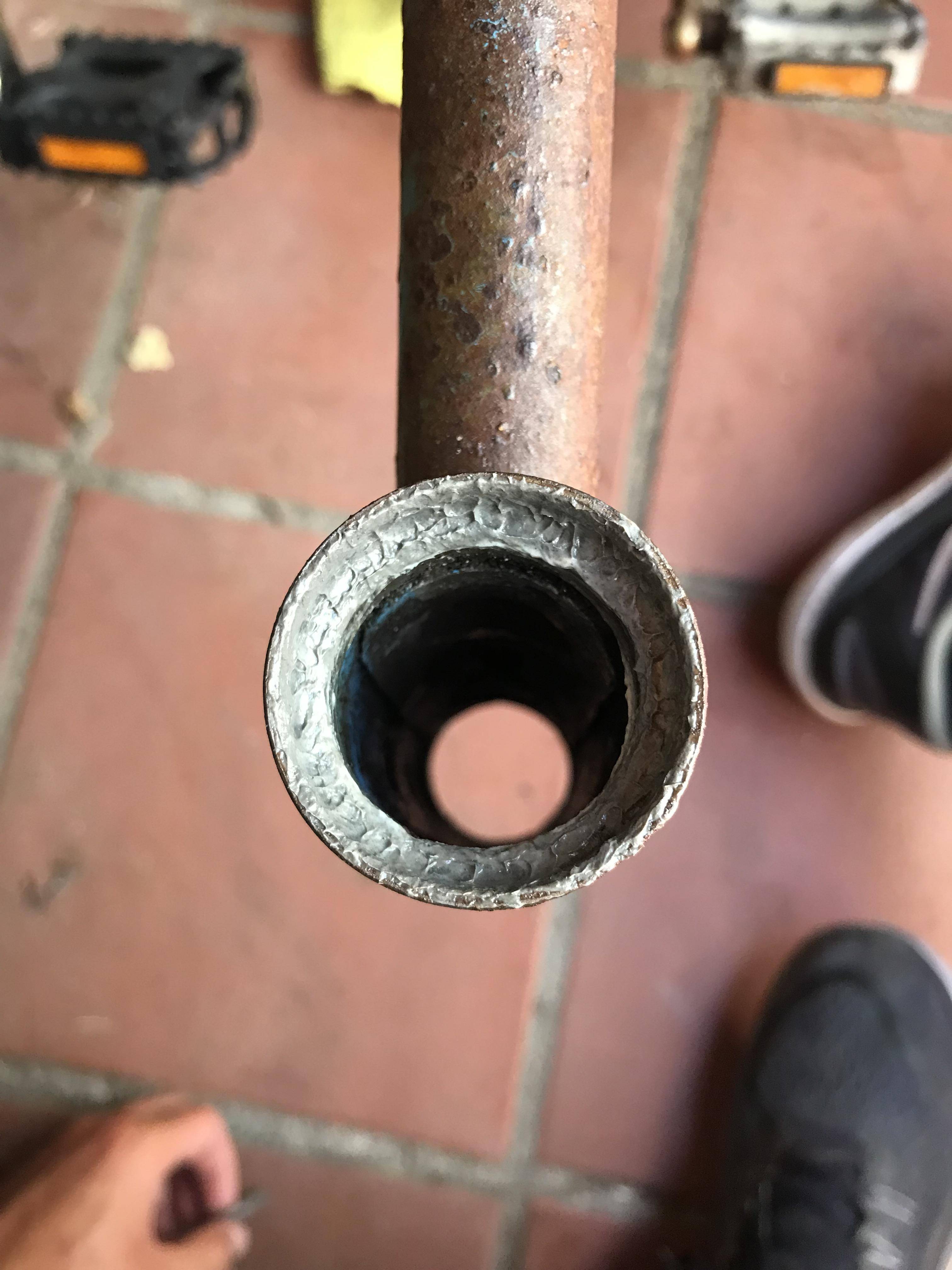 The key to finding out the headset you require is obtaining the internal diameter of the headtube. The trouble here lies in the fact that to obtain the measurement the bearing cups need to be removed so just the frame's headtube bore is measured. This leaves the bike unrideable while a new headset is obtained unless one wants to press the old cups back in which makes little sense IMHO.

Measurement of the internal diameter of the headtube should be obtained with a caliper. Two measurements 90 degrees from each other should be obtained and then averaged to get the final headtube I.D. (aka: bore). The majority of bikes with 1" threaded headsets use the ISO standard for the headtube bore and crown race of the fork. This article from VeloOrange describes the standards and discusses some other details of threaded headsets. Essentially, you will likely find the ID of your bike's headset to be very near 30 -- 30.15mm. If so, you'll require an EC30/25.4 headset. This is the standard headset identification system (S.H.I.S.) used to correctly identify what headset is needed.

Park Tool's threaded headset service instructional has excellent tips on how to do the service as well as links to other articles about headsets, their standards and servicing them.

Not the answer you're looking for? Browse other questions tagged vintage headset bearings or ask your own question.

12
How do I fix movement in headset
1
Headest: replace bearings or entire headset
0
What's the best strategy to preserve vintage headset life?
3
Inconsistent headset tightness and squeaking
2
Do I need to remove & service integrated headset bearings when replacing fork?
4
Creaking headset
7
Gap in headset dust cover--what am I missing?