I have a road bike with hydraulic disk brakes. I really struggle to install the rear wheel with the cassette and disk colliding with the frame. I spent about an hour yesterday trying to get the wheel inserted.

I looked up a bunch of videos on youtube and they all get it inserted pretty easily, but they all use a service stand. I don't have a service stand but I do have a display stand like this one- 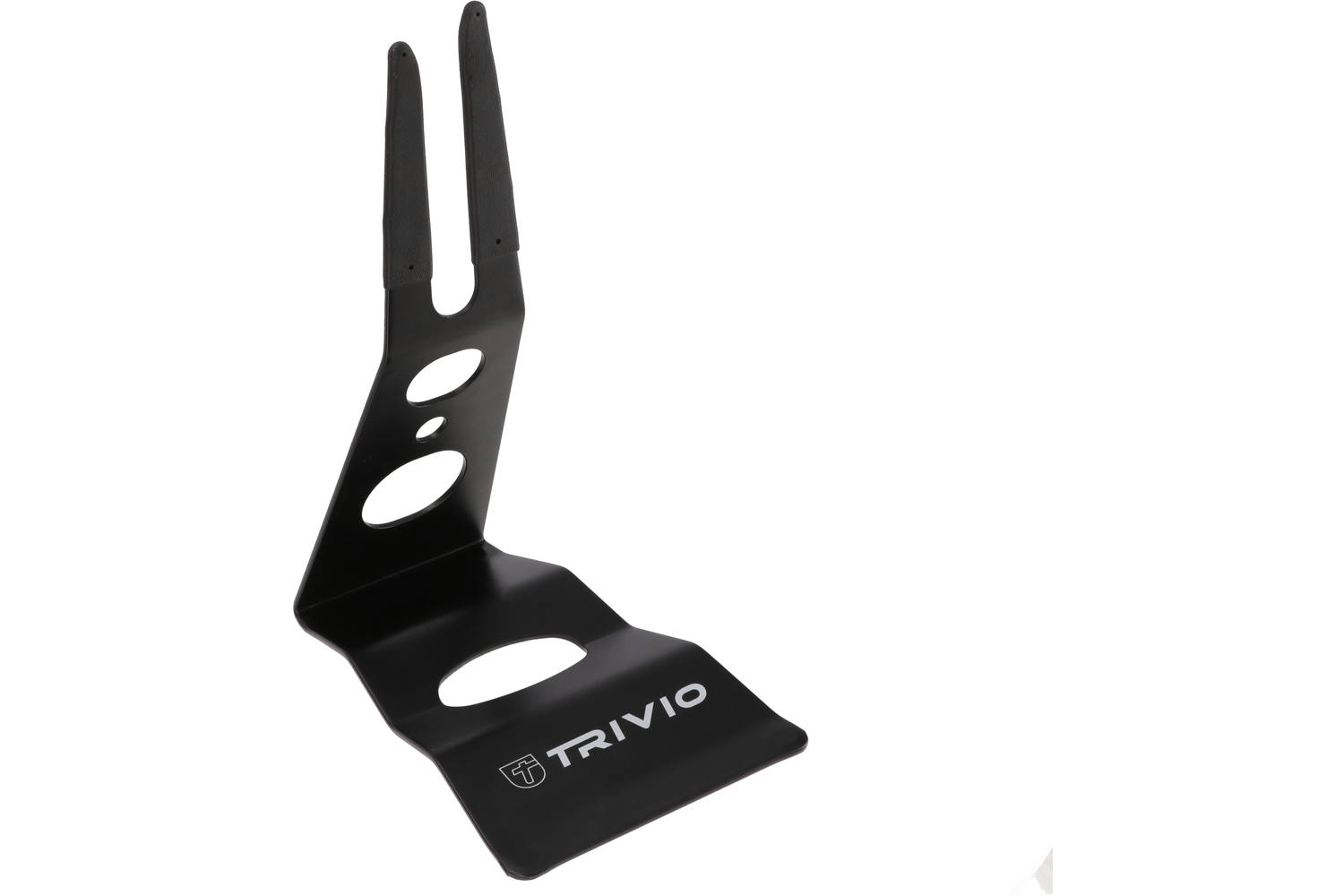 What's the trick to install the wheel?

Even after numerous times doing it, sometimes it is just as hard as the first time. A few hints that may be relevant.

Finally, re-check that your rear dropouts are not bent. If bent, it could make inserting the hub quite hard.

The easiest method for me is to flip the bike upside down and install it that way, so you can see the gears and brake alignment and verify that they're correct. Standing beside it, grab a fork leg with one hand and the seat tube with the other, and flip the bike. Pick a soft surface of course so you don’t scratch your bike.

From there, pull back on the rear derailleur to give the chain enough slack for you to slip the wheel in. Check that the chain is on the cassette and that the rotor is between the pads, not between a pad and piston or something. There you go!

If you have QR axles, I like to lightly fasten the wheel, then flip the bike right side up again so I can properly press the wheel into the dropouts before fully tightening the skewer. With through axles, you can screw them in with the bike upside down, no problem.

There isn't a trick - there are lots of little techniques people might use, or don't by personal preference.

Start by putting the shifter into the highest/hardest gear, which is the chain on the smallest tooth-count sprocket.

Personally I keep the bike upright - my only disk-brake bike can't go upside down because its a recumbent.

Then I have the rear wheel to hand, leaning against my right leg while I stand on the left of the bike, facing rear/right across the dropouts.

I lift the rear of the bike using two hands, and then use my right hand to grab the wheel and feed it between the stays. I juggle around and use the right hand to "extend" the rear derailleur to allow the cassette to slip into the chain. Often the bike will rest the underside of the stays on the QR. That's OK.

I then simply jiggle the bike about until the rotor goes between the caliper and the dropouts fall onto the axle-stubs. This sometimes goes really easily and sometimes takes 20 seconds of faffing.

Then I make sure the bike's weight is on the axle so its seated, and do up the QR properly, so the lever ends up upward and not touching the frame.

Final checks, I lift the rear of the bike and spin the wheel by hand. I'm looking for frame rub and maybe brake rub, and anything that is just wrong. Also test that the brake on this wheel works right and retracts when released.

Note that you'll be starting in your hardest gear, so consider changing gear while stopped before pulling into traffic.

Some people put wheels in with the bike on its side - I can't do this at all; it just doesn't work for me.