How to recognize a cheap from a quality steel frame

I decided to build my own bike. Went to a bike shop, took the first broken bike they had for 40 euro that I kind of liked and fixed it up to a nice (what I think) build (thanks RJ bike guy videos) (frame was not broken, just wheel and other parts): 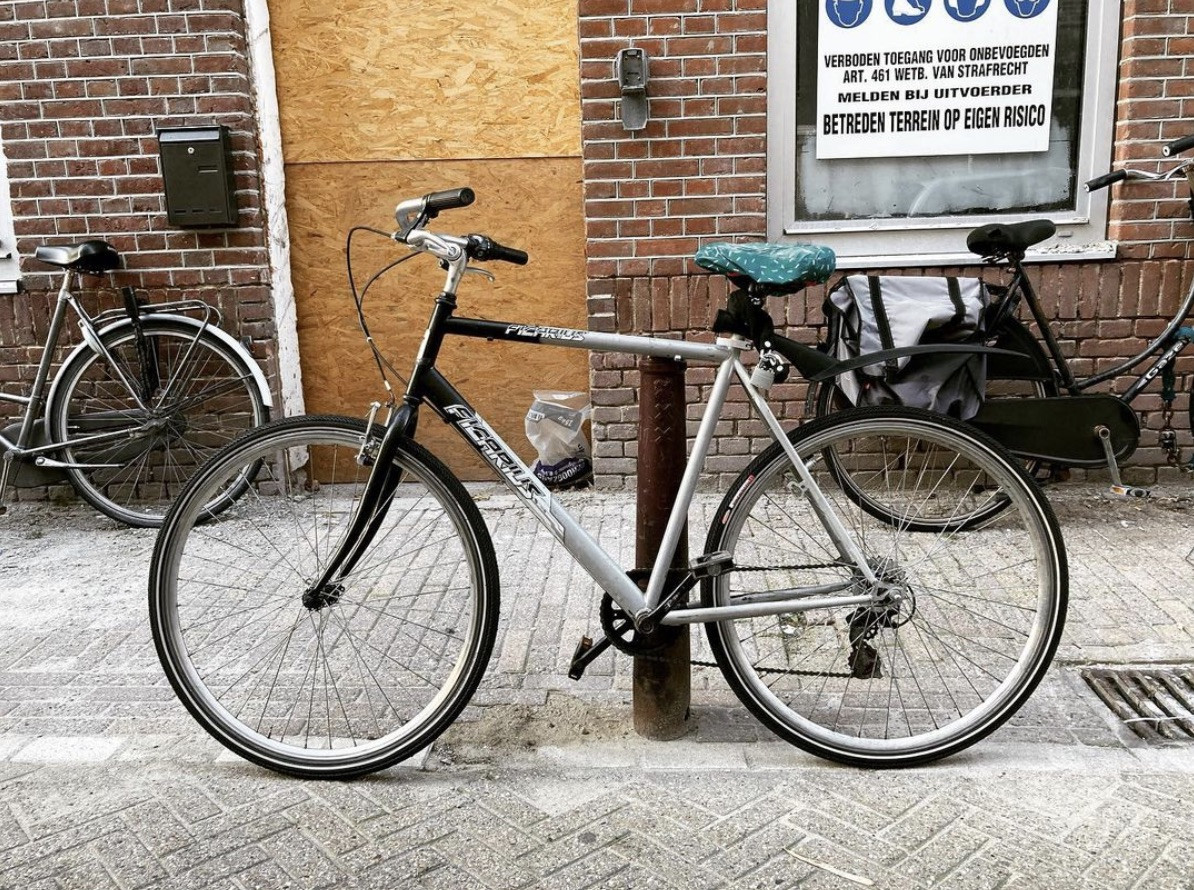 I have no info on the frame/bike. It has a "Ficarius" logo on it so it seems some kind of Dutch company. It's a steel frame. It rides good I think.

Reason I ask is because I have some free time and want to get my hands busy with it again so I figured a good project would be to replace its frame. But I thought: it's just a steel diamond metal thing, can replacing it really make much of a difference to how it rides? If so, what are the differences?

EDIT here are some more closeups of the frame https://imgur.com/a/qIXXL0b

I would say that what you ask is an ability acquired with time and practice. It is difficult to "teach" by words alone.

And yes, one frame can have a very different ride characteristic when compared to another. I'd say that besides raw material and craftsmanship quality, bike geometry and proper fit play a major role in how comfortable you feel while riding a particular bike. Bike maintenance and component quality are also a factor.

In my limited experience, when just evaluating a frame (i.e. not being able to ride it) the main giveaway are the welds. Good quality frames usually have "beautiful" welds, well polished joints. By "beautiful" I mean they are very regular, uniform and have a clear pattern to it. 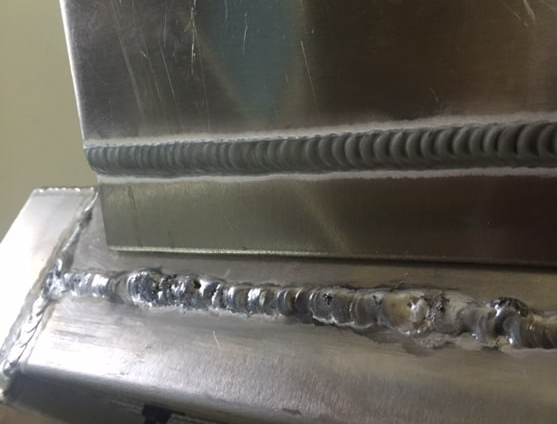 Bad q. frames have splotchy, irregular welds and some time you can even see that the tubes/pipes/parts where not very precisely cut, so you see gaps that where filled with welds or similar. Also, they would have weld splatter not cleaned, so you see metal droplets stuck near the welds that where just painted over. (At least if rod welder was used, i.d.k. if bad MIG or TIG weld would show similar defects.)

Another place to look is inside the seat tube and inside the head tube. Both of them usually have a seam that is not noticeable from the outside. Good quality bikes uses tubes where this seam is nice and smooth. Bad quality ones use low quality tubes where this seam protrudes inward, often irregularly. Since it is not visible when the bike is fully assembled, almost no builder wastes any time filing it smooth (except maybe in the top part of the seat tube, to allow for seatpost insertion. I had a particularly bad bike where the seat tube badly scratched the seatpost, making it very difficult to adjust the height or install/remove).

On the other hand, when you are able to ride a decently built bike that used the frame you're interested in, you can asses the ride quality. In my experience with steel and CrMo (?) frames there are two kind of opposite extremes of bad: They either flex too much in a weird way then pedaling hard or have an unusually harsh ride. In the first case you'd say the bike feels like it is made of spaghetti and for instance, if you apply both brakes and try to pedal, you will see the whole bottom bracket area moving sideways. In the second case, it is like the frame "multiplies" any bump you ride over. For example, a simple 2 inch curb drop would make you feel like the handlebar hammering your hands upwards. Both cases make you feel more tired after riding for a while, much more than the same ride in a good quality bike.

Conversely, good quality frames sit happily in some middle ground. They are firm but not harsh. I had a dutch Gazelle. Int it's ride quality was way beyond any bike I've had tried before. It was somehow very comfortable, would not feel harsh even inflating the tires to the maximum, for example, riding over pavement cracks or shallow potholes would be "felt" but not exaggerated. Overall, the bike was not particularly tiring to ride, specially considering its weight. The frame was heavy and the material itself was very hard on tools. I tried drilling a hole and it dulled the bit quickly, while the same bit was enough for mild steel.

Caveat: The rigidity or compliance of other components may affect how you perceive the ride, as do tire pressure and quality, type of saddle and handlebar grips or tape. Having experience riding bikes of several types and quality levels gives you "good eye" recognizing good from bad parts and you become able to generate a more or less accurate ride quality expectation just by looking at a frame or bike build. I'd suggest you take time to ride several different bikes for about at least an hour, 10 km or 7 miles. Maybe some friends may lend you their bikes or if there are rental services in your area, there is a good opportunity.

(For context: I'm mostly an MTB rider accustomed to various types of suspension, and usually ride urban rigid hybrids built around aluminum frames with slick tires. I have built myself most of my bikes or changed major components of them.)

One rule of thumb for identifying higher quality frames is the type of dropouts on the frame. 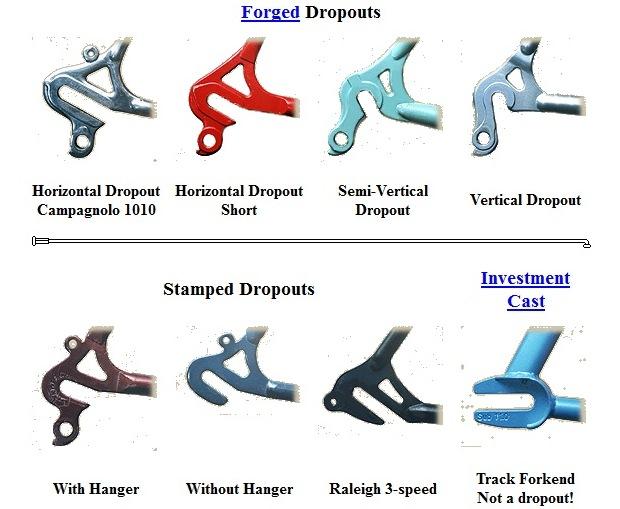 How can I tell whether this Ficarius frame is cheaper in quality compared to say a Peugeot frame?

If there's no label or if the label says "hi-ten" steel, then it's probably ordinary gas pipe steel, not butted. Those frames are heavy as hell, and sometimes the frame maker has recognized this weight problem and tried to avoid it by making the frame too weak to reduce weight, but unfortunately non-durable.

Frame is usually of no concern for ride quality. A diamond frame flexes far less than for example the tires.

One trick is to look for the price of similar new bicycle. By searching in the internet for "Ficarius" "te koop" and similar words, you will find easily that a very similar model can be bought new for https://www.promobutler.be/fr/promotions/velo-de-ville-ficarius-molecule-2747268 159 Euro.

At this price point, the new bicycle is worthwhile to be bought just to have new spare parts, while the frame will be used to prepare a bike with spare used parts from other scavenged bicycles.

Look at your bicycle: it has no mudguards, no rack, no lock, no dynamo, no lights, no chainguard: these things altogether can cost between 50 and 100Euro (cost to the client, not value of the items).

Assuming the cost is the double of the value (for lower end component it may be even three times) you are left with a frame having a value between 15 and 50 euros. It will be for sure not a frame with much design and production control involved.

But, this do not mean your bicycle is bad, or good: only time will tell you. If you find it comfortable, good for you. By seeing the shape of the tubes (large diameter = a lot of materials) it should be heavy, which is not an issue until you try to tackle the hills around Maastricht (and even there, it is likely that the bike will be quite comfrotable, albeit slow).

Not the answer you're looking for? Browse other questions tagged frames build or ask your own question.

5
Fixie/Single speed frame information for beginner
10
Bamboo Bike Frames
7
Building my own full suspension MTB: How to I select a frame?
1
Help with choosing steel frame
15
Learning how to build a bike: Is it better to buy a used bike and disassemble it?
3
Fixed gear steel frame from AliExpress
2
What are the times and costs involved in assembling a rideable bicycle from a salvaged frame?
1
Is this old steel frame MTB too big based on standover clearance?
2
Blind rivet nuts for ebike battery on frame: aluminium or steel?