How does a Schrader valve work 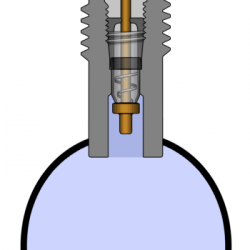 But I am still not sure about the mechanisms of the Schrader valve.For example:

My old bike has a dunlop valve in it , which I do think I understand. Here is a picture were I understood it from: 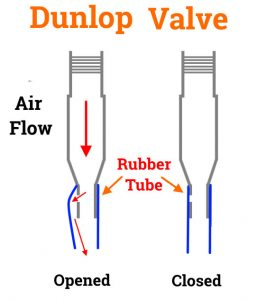 Is there a similar explanation for the mechanicsm of Scharder valves?

Wikipedia pretty well sums up the history and functioning of the Schrader valve, as cmaster has noted in a comment. (As a bit of self defense, I independently chose Wikipedia as a good source after noting your question within the "newest" queue didn't yet have an answer). At any rate, the following information has been gleaned from that Wiki article and it's links: 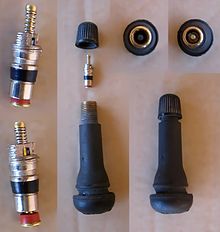 The Schrader consists of a valve stem within which is the core. The core is a type of "Poppet valve" (AKA: mushroom valve) assisted by a spring. A poppet valve is a device used to control the opening, closing and the quantity of gas or vapor that flows into an internal combustion engine. They are used to control the admission and rejection of the intake and exhaust gases to the cylinders. The basic anatomy of it is a round opening or hole and a corresponding plug also oval or round that is connected by a valve stem. "The working end of this plug, the valve face, is typically ground at a 45° bevel to seal against a corresponding valve seat ground into the rim of the chamber being sealed. The shaft travels through a valve guide to maintain its alignment." (1)

With a Schrader valve, you have an externally threaded hollow cylindrical metal tube, typically of nickel plated brass. In the center of the exterior end is a metal pin pointing along the axis of the valve stem; the pin's end is approximately flush with the end of the valve body. A small rubber seal is located on the threads of the core to prevent gas or fluids from leaking through the threads. With this configuration, the flow of air is controlled through the valve by the spring holding the valve shut unless the pin is depressed, opening the tract to air flow. Air flows from the higher pressure gradient to the lower. Thus, when inflating a tire the pump creates a higher pressure than is within the tube or tire and air and additional air pressure is introduced. Depressing the pin to allow the opening of the valve without the seal or introducing air pressure of a pump causes the flow of air to escape the higher pressure of the tire into the lower pressure of the atmosphere.

The valve cap is important on a Schrader valve to prevent dirt or other contaminants from affecting the sealing surfaces and causing a leak.

(1) from the Wikipedia article on Poppet valve, https://en.m.wikipedia.org/wiki/Poppet_valve

The diagram makes it look a little more complicated than it really is.

A Schrader valve is one type of valve stem. It's unclear to me what particularly makes it a Schrader valve, though some of the other types of valve are thinner or longer etc.

The valve core is a "poppet valve", which is basically:

You have a tube (the patent calls it a "shell") that air can flow through, in either direction.

That tube is plugged by a mushroom shaped plug on the inside end (labeled #28 in the diagram below) that holds a sealing washer (labeled #26) (poppet valves are also called mushroom valves).

The mushroom shape is attached to a valve pin, labeled #20 in the diagram, that goes through the tube and sticks out the other end (the outside end).

The pin keeps the mushroom shaped plug lined up with the tube and provides a way to push the valve open from the outside.

Inside the tube, wrapped around the pin, is a helical spring to make sure the valve closes (labeled #30). The compressed air inside the tire helps shove the valve closed also, but the spring makes it more reliable.

As you can see in the diagram, there are a lot more fiddly little details, but the above is the basic idea: 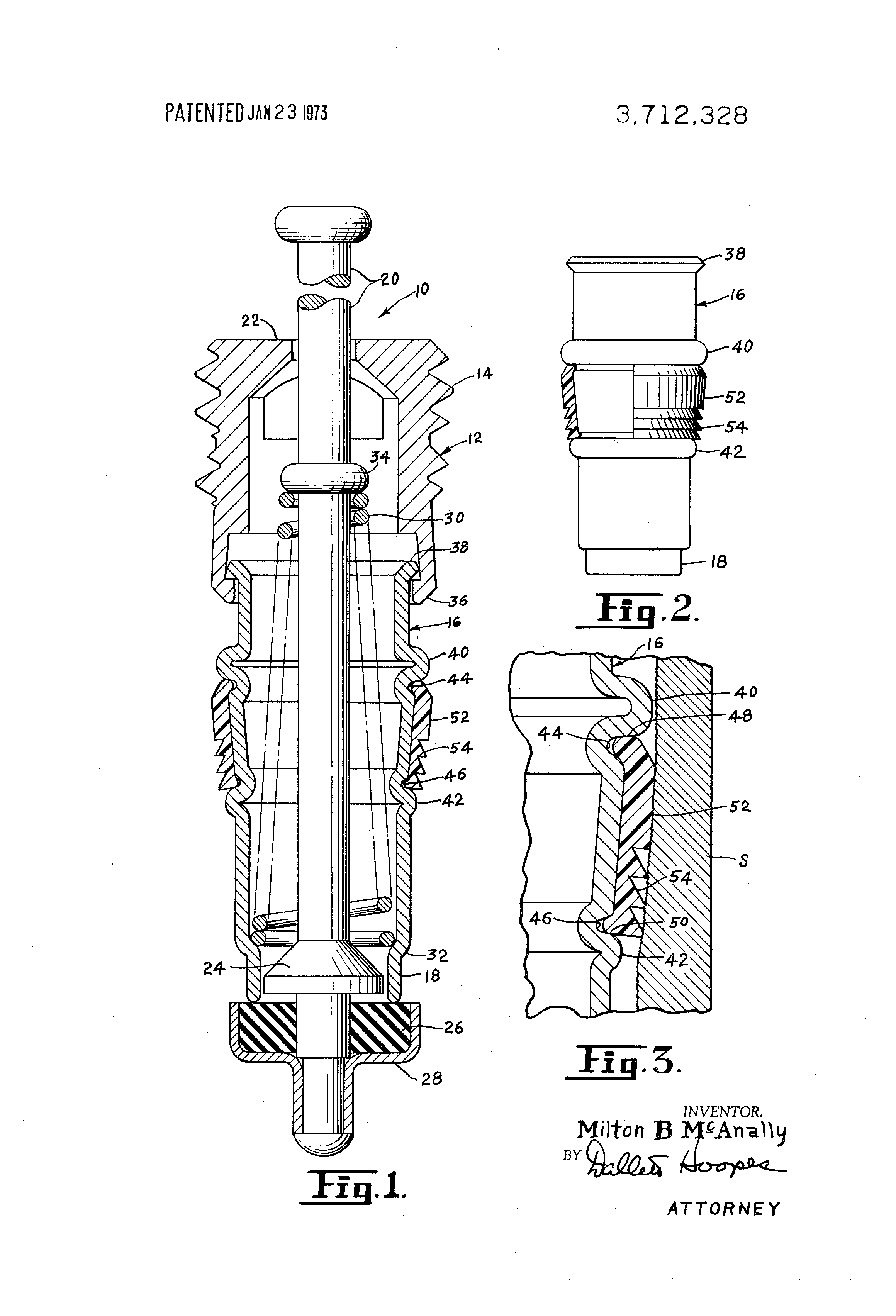 Here's a key bit of description:

It comprises a core body 12 including a machined head 14 and a drawn sheet metal shell 16. The lower end of the shell presses a seat 18. A valve pin 20 is supported at its upper end in a conventional bridge 22 and centered at its lower end by a conical centering flange 24. A sealing washer 26 is supported in a valve head 28 mounted on the bottom end of the pin 29.

A helical closing spring 30 surrounds the pin 20 and is disposed between an upwardly facing shoulder 32 formed in the shell and a stop shoulder 34 on the pin as is conventional.

Not the answer you're looking for? Browse other questions tagged valves or ask your own question.

2
Cannot fit pump nozzle properly to the presta valve of my tyre
4
Leaking Slime inner tube valve after opened for first time since install
10
What air attachment screws onto a Presta valve with the core removed? High volume for seating bead?
2
What is this valve and how do I fill it?
6
What are these female connectors called?
4
"Soft" valve insert for easier pumping
6
Considering modern bicycle trends (2021), why are presta valves still the dominant design?
2
How to carry heavy loads tire safe?