What are the smallest wheels legally allowed on an ebike or etrike before it becomes an escooter?

First, I have done much searching on this subject. I read that escooters are illegal and ebikes are legal in the UK (broadly speaking, if 250W, pedal assist and speed limited). It seems to me that the main difference between an ebike and escooter is that the bike must have pedals and the ebike be pedal assist. Does than mean I could put pedals on a raised escooter (with a seat) and call it an ebike? Question applies mainly to UK, US and EU please, but local only knowledge will be welcome too. Target wheel sizes are 8" front and 6" rear.

In a related question, e-tricycles seem to be identical in law to ebikes. However, would very small twin back wheels get it classed as an escooter? (eg: both 5 inch). My aim is to make a very compact foldable ebike for dragging on trains and across very large concourses. Don't feel as if you have to answer both questions :-) 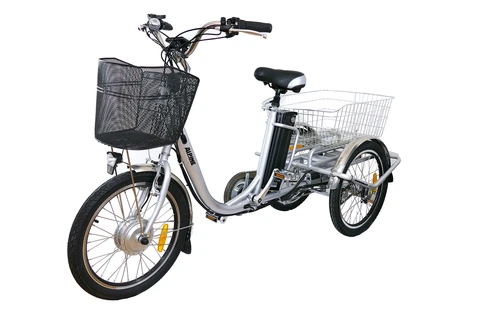 Sample etrike for ref from here (ps: I prefer much smaller)

This is probably more of a law-question, and less-related to bicycles.

My understanding is that:

Wheel size is irrelevant and has no bearing on whether something is a bike or a scooter. Also, there's nothing about needing a saddle (seat) to be classed as a bicycle.

In the UK there are limits set on the electric-assist part of an ebike, that will involve cutting-off the assist at a certain speed, and a maximum permitted wattage. The bike also must function as a bike, so when the battery is empty you can still ride it.

I'm unaware of the e-scooter rules there.

I suggest you look at something like the Sinclair A-Bike, which is definitely a bicycle, and is UK based. This would be about the bare-minimum to be a bicycle. https://en.wikipedia.org/wiki/A-bike 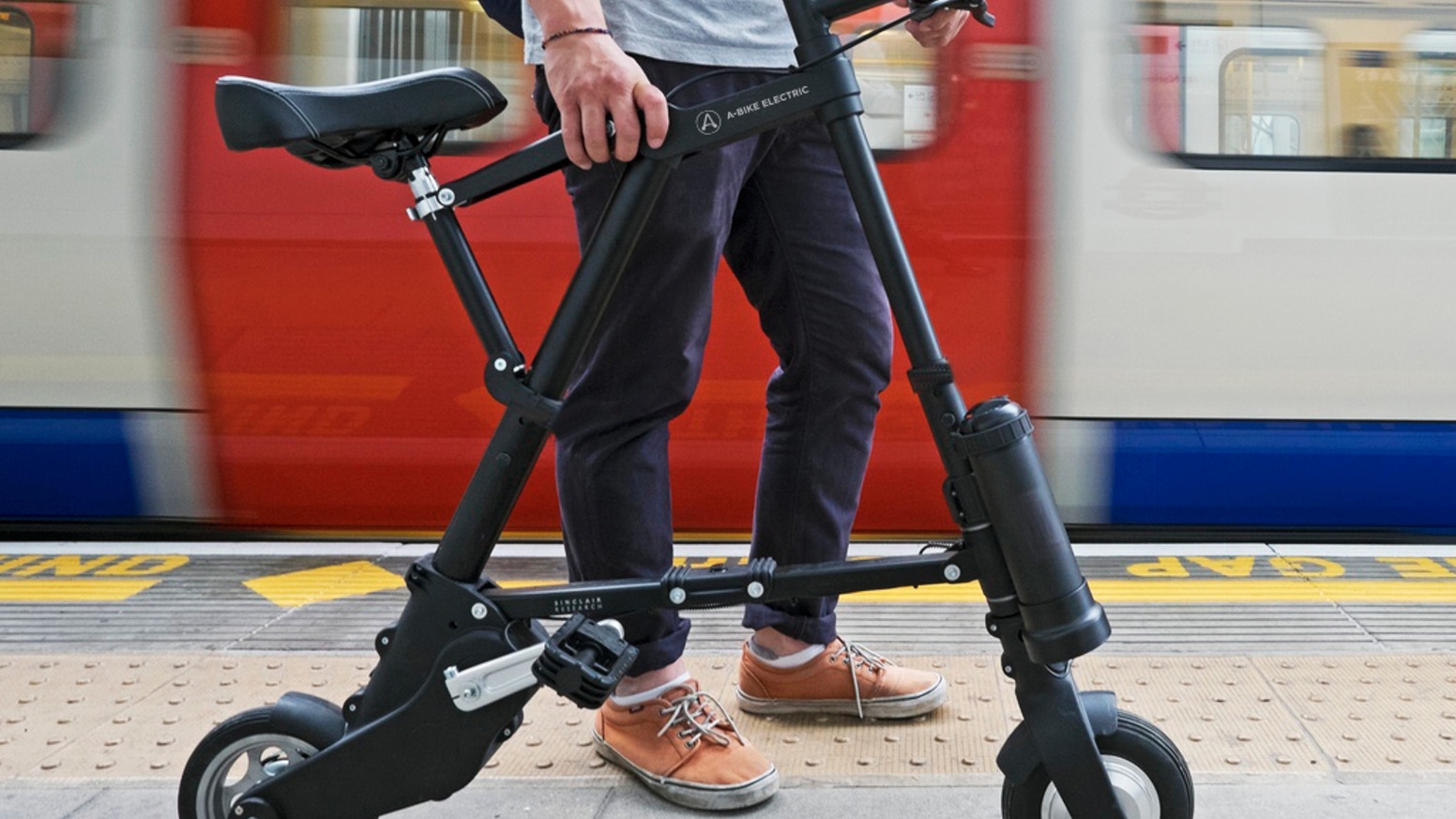 I suppose this could be called an eA-Bike

The number of wheels is possibly contentious. A BIcycle has two wheels by definition, but many countries have laws that state "pedal cycle" or similar wording. So a tricycle has exactly the same status as a bicycle because both are Pedal Cycles.

The relevant road laws often state a maximum width for a pedal cycle, which is more relevant for a trike or trailer.

Nominally, a Unicycle also falls under "pedal cycle" but I've never seen a unicycle with brakes, let alone two independent brakes as required in many western countries. Any less than one

Here in Austria the STVO §2 says:

(a) a vehicle equipped with a device for transmitting human power to the driving wheels,

b) a vehicle according to lit. a, which is additionally equipped with an electric drive according to § 1 par. 2a KFG 1967 (electric bicycle),

d) an electrically driven vehicle whose drive corresponds to that of an electric bicycle as defined in § 1 par. 2a KFG 1967;

What’s interesting is that it explicitly mentions scooters and considers them bicycles.

There is also a paragraph about reflectors and lights, which dictate 20cm^2 of reflector surface on the wheels (either as a continuous ring on the tyres or dedicated reflectors). It also says that you need reflectors on the pedals (or equivalent, I’ve seen this interpreted in the way that reflectors on shoes or crankarms can be used as well).

This is written from a UK perspective, but should apply to much of Europe, or be close.

Putting pedals on a scooter would make it a bike, if those pedals propelled it. But that would be quite a job, effectively re-engineering scooter parts to make a bad bike. Specifically for electric bikes, the pedals have to be usable when the motor is unpowered, reverting to a normal bike.

Folding e-bikes meet the niche you're looking to fill, though they're not cheap, but with custom parts and a huge amount of design effort your scooter mod wouldn't be either.

A related difficulty is that electric bikes (at least as sold) must be pedal-assist only, i.e. the electronics detect the pedals going round, and turn on the motor. E-scooters have to be throttle-operated as there are no pedals to detect. E-bikes with throttles used to be sold, and can still be ridden. I don't know about the legality of constructing one. Having ridden both, I vastly prefer the throttle, as I'm in control and don't have sudden acceleration when timing gaps in traffic; luckily I don't want a motor.

If you really want to build something like this (as opposed to buying something close enough), I'd still be looking to start from bike hardware, but it would be expensive. In the meantime there are 12"-wheel folding e-bikes for a few hundred pounds. They're probably pretty dreadful, but would still roll better on realistic road surfaces than scooter wheels

13
What are the advantages of flat spoked wheels?
5
What causes the noise that race wheels make when you are not pedaling?
27
What are the risks of untrued wheels?
6
How long should a bike last before the wheels wobble?
4
What are the differences between road rims/wheels and hybrid?
7
What is the process of adding a light to a Yamaha PW equipped ebike?
31
What are the conditions for removing training wheels?
6
Feasibility of keeping an Electrical Bike in poor (wet) storage conditions
9
What are the risks associated with truing wheels without the aid of a truing stand?