My MTB is vintage 2005 with XTR ST-M685 dual levers and disque brakes, BR-M966 fork post mount and BR-M965 at the rear. The BR-M966 has started leaking oil from the piston. Finding a replacement caliper seems to be impossible and I am thinking about putting abother model in the front (e.g. an BR-M820 Saint post mount). I am a moderate cyclist with a 26" hardtail.

I have come across a helpful post on Is the banjo bolt the same between the Shimano XTR and Shimano Saint rear brake caliper? with a technical discussion on hoses, but is it a risky approach? Anybody who can share their experience? 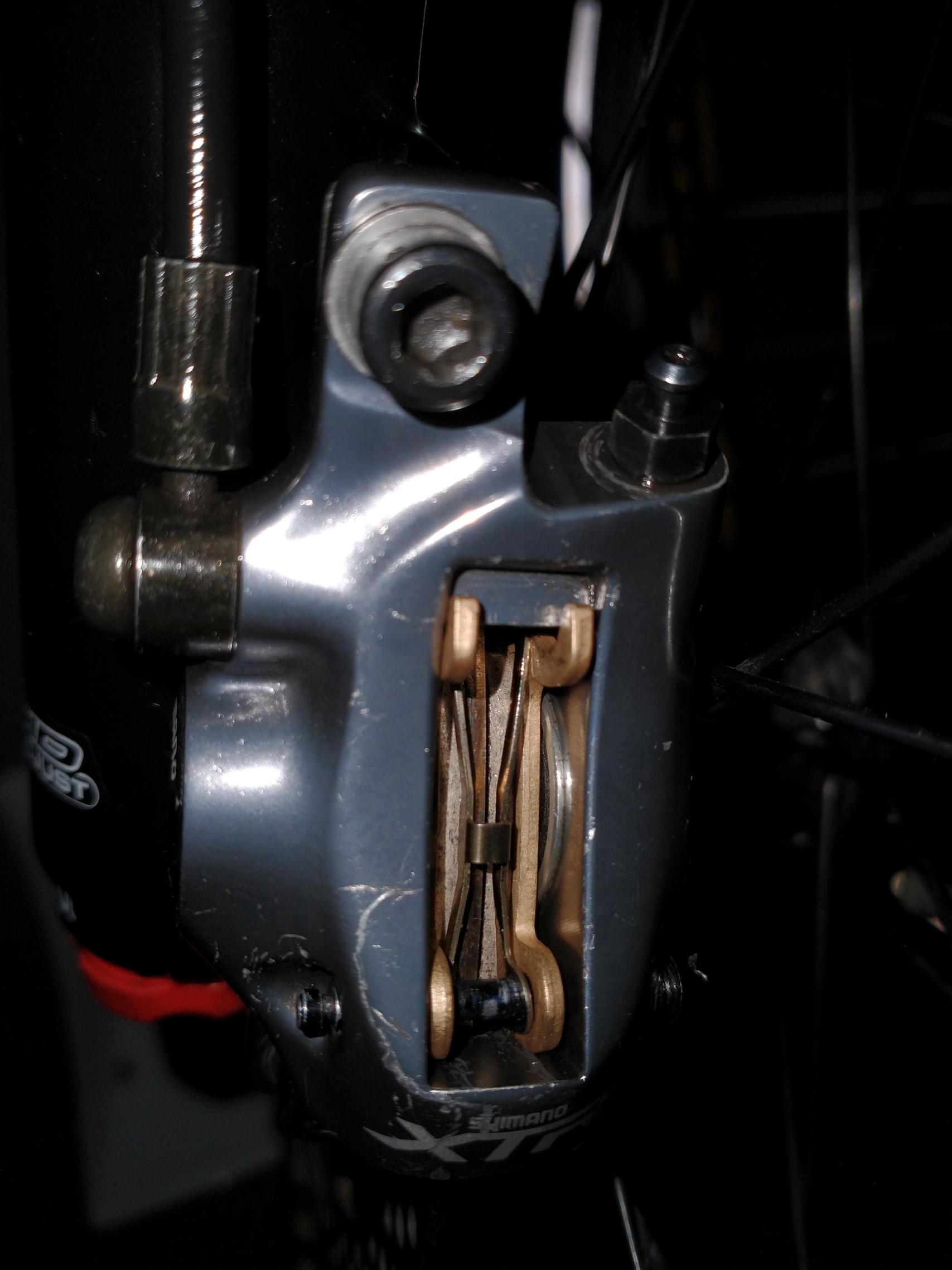 Replacing the BR-M965 will need an IS adapter because it's one of the adapter-less Shimano brakes.

The banjo bolt between these two brake generations is the same so that should be fine. That would not be the case in any of the many combinations where it's not the same.

In practice lever and caliper combinations not intended by Shimano like this are basically never a problem in terms of fluid movement or anything else. Shimano may say otherwise.

Another approach if you have even a little hose slack would be snip them and use one of the more XC-ish calipers that take a barb and olive.

The rotor/caliper clearance considerations are rarely meaningful unless some part of the frame/fork is weirdly dimensioned. That's true of most brake changes.

6
Is the banjo bolt the same between the Shimano XTR and Shimano Saint rear brake caliper?