Accident from front wheel locking up on brand new bike

Thanks for your help 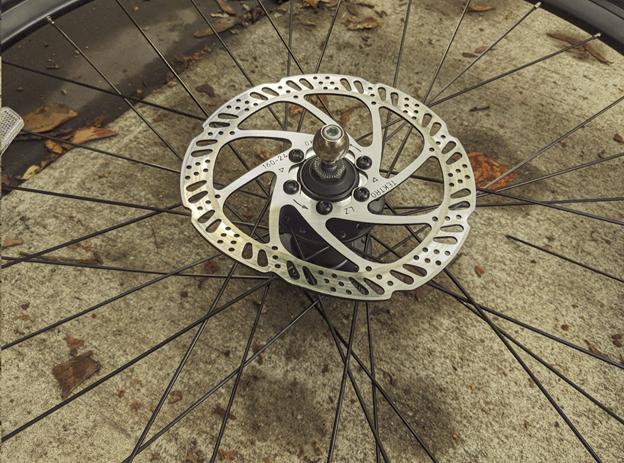 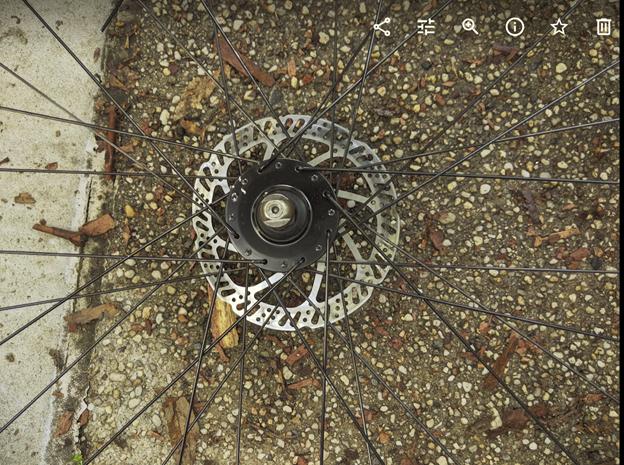 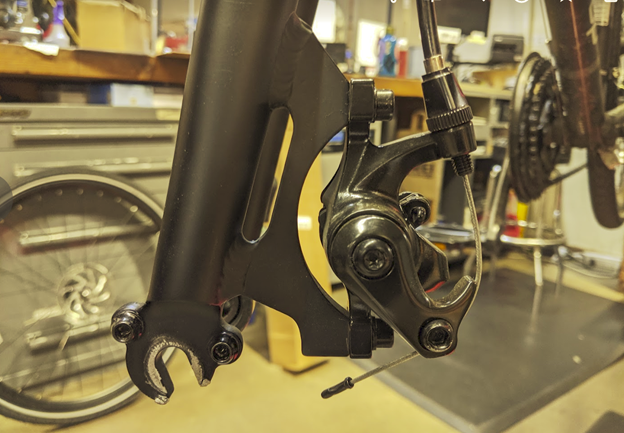 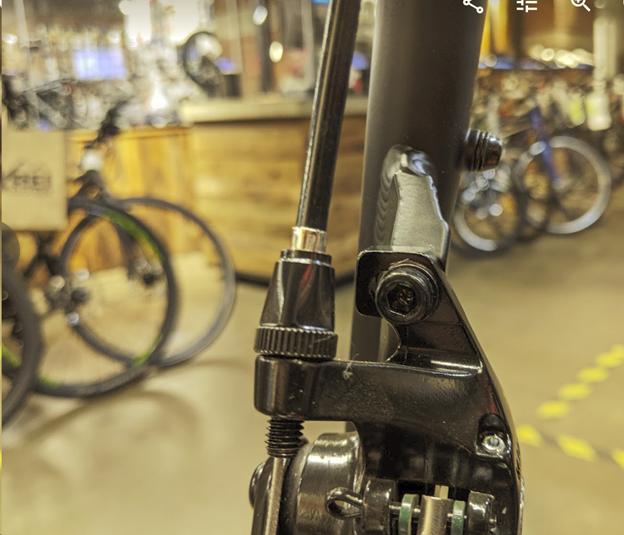 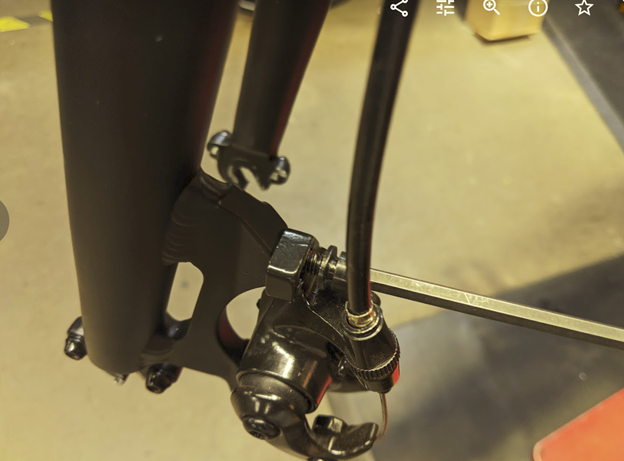 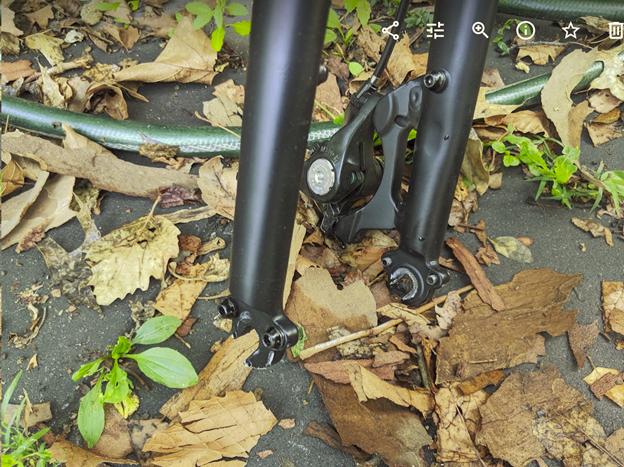 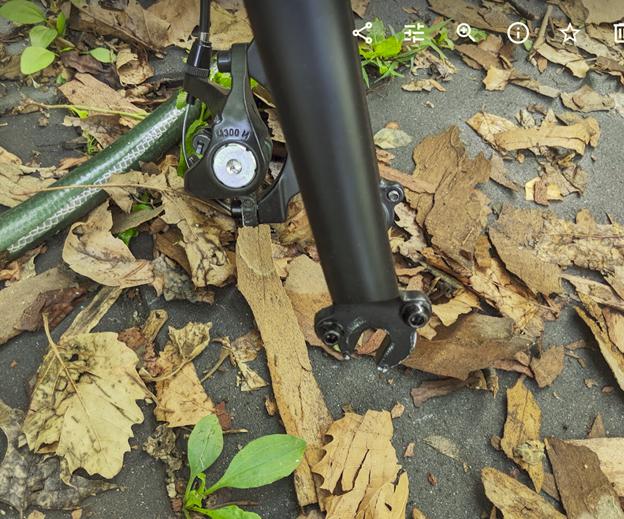 When I tried to spin the front wheel, it just popped out of the frame. I was NOT applying any force and it just came straight off

This suggests the quick release was not properly attached or tightened at that point in time. If it was indeed loose when you were riding, the wheel could have moved in the dropouts and the disc rotor then jammed in the brake caliper.

Do you have a good memory of checking the quick release tightness when you started your ride? If not, it may have been getting loose for some time. Another possibility is that there are questions about whether quick release-type axles (as opposed to through axles) are safe for use with front disk brakes, because the forces generated by braking can tend to unscrew the quick release in certain configurations. See James Annan's paper Disk Brakes and Quick Releases.

Concur - I guess the security bolt things were not working as they should, allowing the axle to move in the dropouts subtly. This caused the rotor to bind inside the caliper and your momentum did the rest.

Had you been moving faster, you would have gone over the bars and down the road. This is not ideal.

Rotors can be trued if lightly bent. If the rotor has a crease/fold in it then it cannot be flattened and needs replacing. Check your brake pads too - they may be damaged inside the caliper.

I would suggest either replacing the security locking system with something that works better (like a common Quick Release skewer), or learn how it should be applied correctly. From now on make sure you do a monthly bike check looking for loose things, and if you continue using this bolt system, then check it before every single ride.

I checked with REI and they said it is not a quick release but a thru axle with a nut. This is my first bike in over 30 years and I had asked REI when I purchased the bike if I needed to do any ongoing maintenance. The only thing they told me do regularly was check tyre air pressure.

This is shocking to me if accurate. While technically not a "quick release", lacking the QR easy-open lever, functionally it seems similar enough in how it secures the wheel hub in the dropouts. It merits the same caution any competent bicycle shop would give to a QR bike rider to check that the wheel is tightly secured before every single ride.

I'd be curious to know how they would explain this accident and how to prevent it in the future. Of course, if it were me, I would now certainly "trust, but super-duper-definitely verify" anything they told me.

This danger can happen due to a flawed design of using quick releases on disc brake wheels.

The quick release was originally developed for rim brakes. Rim brakes when braking only move the wheel hub backwards in the fork due to their position on top of the wheel, so the dropout being open in one direction of four and closed in three direction of four can hold the wheel perfectly well.

However, disc brakes apply a force of moving the hub axle downwards on the dropouts. This force is not trivial as it is with rim brakes, because rims are essentially "full wheel diameter discs". In contrast, with disc brakes, the brake disc is very small. To get any torque with such a small disc, the force needs to be astronomical. Due to the position of the brake caliper behind the fork leg, the force is applied downwards. (Placing the caliper in front of the fork leg would cause the caliper retaining screws to see forces in alternating directions, causing a danger because the screws may not be strong enough and even if they are, the forces could self-unscrew them.)

The solution of the industry to this problem is thru axle. The thru axle dropouts are closed all the way around the axle so there's no way the disc brake braking force could cause the wheel to be ejected from the dropouts.

What I suppose happened in this instance was that repeated braking have caused the quick release to become loose. Then at some point of time in the very recent past, you braked hard, causing the axle to be partially ejected from the dropout. This made the wheel a bit tilted in the dropouts, bending the brake disc too. Then you "just rode along", not braking, but some minor bump in the road caused the wheel to become again straight in the dropouts, but the brake disc was already bent to match the previous tilted position of the wheel. The re-seating of the wheel into the straight position at the same time the brake disc was bent probably caused the brake to be locked up.

Not the answer you're looking for? Browse other questions tagged wheels disc-brake accidents or ask your own question.

4
Why are disc brake calipers behind the wheel axle?

2
Front wheel inexplicably misaligned
9
How to prevent my disc brakes from locking/sticking due to debris?
1
Wheel Wobbles and Rubs on Brand New Bike?
2
Persistent front wheel squealing: Replace the fork? Switch to disk?
1
Front wheel compatibility
1
Why is my new front wheel not spinning?
2
Where is the grease on my front brake caliper coming from?
2
Why do my front wheel/disc brakes squeal/moan when NOT braking
6
Is it normal that front wheel bends when front disk brakes are applied?
3
Front wheel skewer snapped