How do I remove this particular rear cassette?

I'm having a hard time trying to remove this cassette; sheer force isn’t working well, nor leverage, here are some photos: 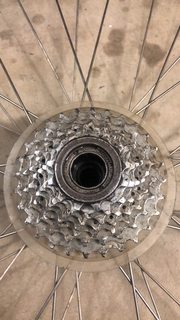 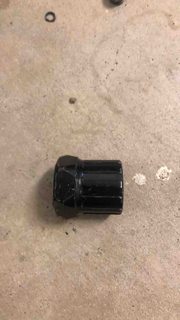 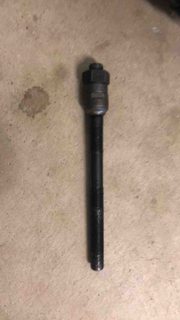 The rear wheel is off an old road bike.

If you do not have a vise, as suggested in JoeK's answer, my suggestion is to strap the rim as firmly as possible to a heavy bench or other solid object, so you can apply greater force with both hands to the wrench.

If the tool slips out, use a quick release skewer or the axle with a nut to hold the tool in place

I see you have the tool necessary to remove the freewheel, but I'll suggest this method anyway, as it makes easier to apply penetrant oil to the threaded interface between the hub and the freewheel core.

I've had to remove stuck freewheels without having all the proper equipment, what I did was to disassemble the free wheel while still in the hub, leaving only the core piece attached, which later was tightly clamped on a medium size vise attached to a heavy workbench, at which point I could use the whole rim for leverage.

To disassemble a freewheel, first unscrew the lockring that sits inside the smaller cog. In your photo there are little dimples at 11 and 5 clock position. Those are for a tool that engages this lockring. I did not have the tool, so I used a blunt nail and a hammer. Put the nail tip sideways in one dimple and hit it with the hammer, trying to rotate it counter clock wise (I mean, the nail is not placed straight downward, but in oblique position). Alternate between the two dimples. A few firm hammer blows should be sufficient to loosen the lock ring. Once you unscrew completely this ring, you will see the outer ball bearing balls (there is another "inner" set bellow, closer to the hub body).

Then put a plush towel under the hub and lift the cogs. The bearing balls could cascade if they are dry and loose, that's what the towel is for. The pawls of the ratcheting mechanism should remain attached by a semi-circular spring around them. Remove them carefully.

If you plan to re-use the freewheel, use soft jaws on the vise or wooden blocks and be sure to clamp the core not touching the bearing races.

Of course, this method was ok for me on times where a full cleanup and re-lube where in order too, or the freewheel was to be tossed out and replaced with a new one. as it requires much more time. To reassemble the freewheel I use a thin layer of thick grease to stick the balls in place.

I also had to resort tho this method once in spite of having the correct tool, as there was no practical way for me to apply enough torque the the wrench. (Cheap tools, worn splines. The tool kept sliding off position). That time a heavy pipe wrench as used to destructively remove the core.

A bike mechanic friend of mine makes his own tools for these kind of lockrings by drilling tho holes in one end of a flat mild steel bar. The hole centers must be apart by the same distance as the dimple centers. He then places a bolt through each hole and secures it with nuts, so both bolts protrude to the same side. The bolts had the ends shaped with a grinder so they have a small rounded tip that engages the dimples (or otherwise the appropriate shape for the task). The other end of the flat bar can be wrapped with handlebar tape or inner tube strips.

In his case, that made sense as he needed some different sizes, and while the tool itself is cheap, could be not available in the correct size or the shipping cost to our country easily outweighs the time and effort he puts into making them himself (plus he gets to brag about it)

I don't think you have the right tool to remove the locking ring. I think you might need a SunRace Freewheel Lockring Tool, but on second thought, that doesn't look right either. Like Jahaziel says, make your own.

Several times it happened to me that I had to vigorously step on the lever which was connected to the sprocket tool. Hold the wheel firmly and step on the lever with as much force as possible. Be careful and observe the objects in the likely continuation of the movement of your leg. Be careful to not injure yourself by the sprocket teeth. Some initial positions (angles) will work better than other ones.

If you just end up stendimg on the lever after you have jumped on it, for a moment, you really need a bigger lever. Get some solid metal tube and put it on your existing lever.

Not the answer you're looking for? Browse other questions tagged maintenance cassette rear-wheel or ask your own question.

7
How can I remove a stuck rear cassette?
4
What is causing an intermittent side to side wobble of the rear cogs?
1
Can I upgrade cassette without replacing rear derailleur?
1
Upper pulley on rear derailleur (jockey?) very close to cassette?
6
Can the back axle be replaced without removing the gear cassette?
4
How to remove a Joytech freehub (5mm allen key version)
1
Will a newer Shimano series cassette be easily interchangeable?
0
Got a new cassette and chain, freewheel not working correctly
5
How to remove this Mavic spoke cover from the rear wheel?
5
Rear wheel won't stay in position